Hailing from a few miles south west of Glasgow Vukovi are one of those bands that defy attempts to pigeon hole.  They are a bit pop, a bit rock and a whole lot of something else entirely. In Janine Shilstone they have a vocalist who’s voice is like a siren’s song, and she’s a bit of a nutter on stage too. It’s quite a combination. They band have had a few upheavals recently so Gary Trueman had a chat with Janine and guitarist Hamish about going from being a four piece to just two, and which is more terrifying, playing to the biggest crowd of your career or planning a tore during a pandemic. 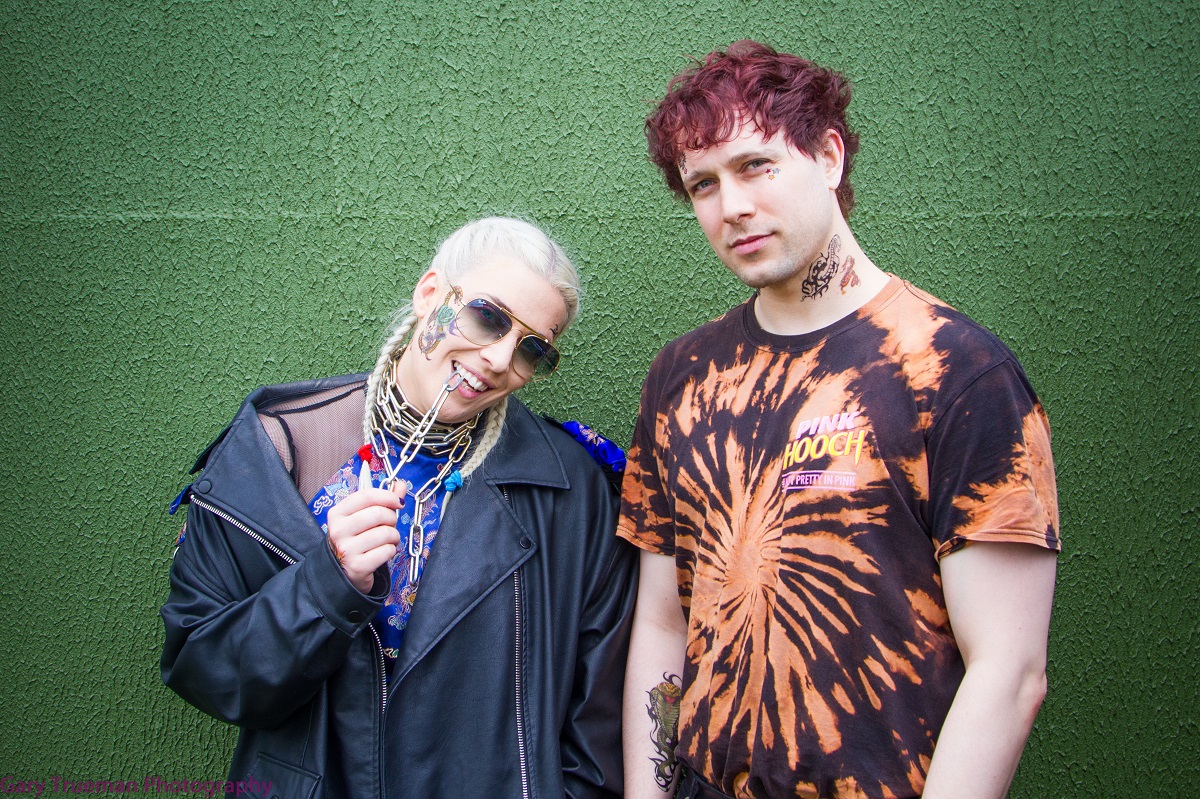 So how are you guys?

Janine: “Loaded with hay fever actually. It feels like someone has stuck a plug up my nose, haha.”

Covid has killed the music industry everywhere.  How has it been for you guys up I Scotland? Are things looking to open up again now a bit?

Janine: “It’s been shite. That’s all I can say, but’s it’s starting to unlock now so.”

Hamish: “The last couple of weeks the bars have started to open and stuff and things have felt a bit more casual.  Which is nice but no gigs yet.”

What about on a more personal level? Obviously there are a lot of downsides but did it give you time to reflect on stuff too and give you stuff to write about?

Janine: “It made me think about how bad my mental health is. But no, it’s given us a bit more time to write and put a bit more thought into the next album. But I think it’s been hard for everybody, especially our industry.”

Hamish: “We actually got some stuff done that needed doing. So there’s some weird pros to it as well which probably wouldn’t have happened without it. Just wee things.”

It gave you time to get your head around some things?

Hamish: “That and just sort out a few band things. Stuff that might not have happened without Covid which is dead strange.”

We can move onto that because you were a four piece and now you’re a two piece. How did that happen and how are you managing to work together as a two piece?

Janine: “I think it’s a lot better for us. I just think we were the more committed out of the four. I think it feels a bit tidier and it’s easier. The decision making and even the creativity, there’s less chance with two of someone saying they don’t like that idea when someone feels strongly about it. I think we’ve got quite similar tastes so that definitely helps. It’s been great.”

Hamish: “We didn’t waste any time either. Even when our old drummer left, he phoned the night he left he phoned the new drummer we have now asking if he could play for us. He was on top of that. And we now have the bass guitar on a track. The dynamic has been great.” 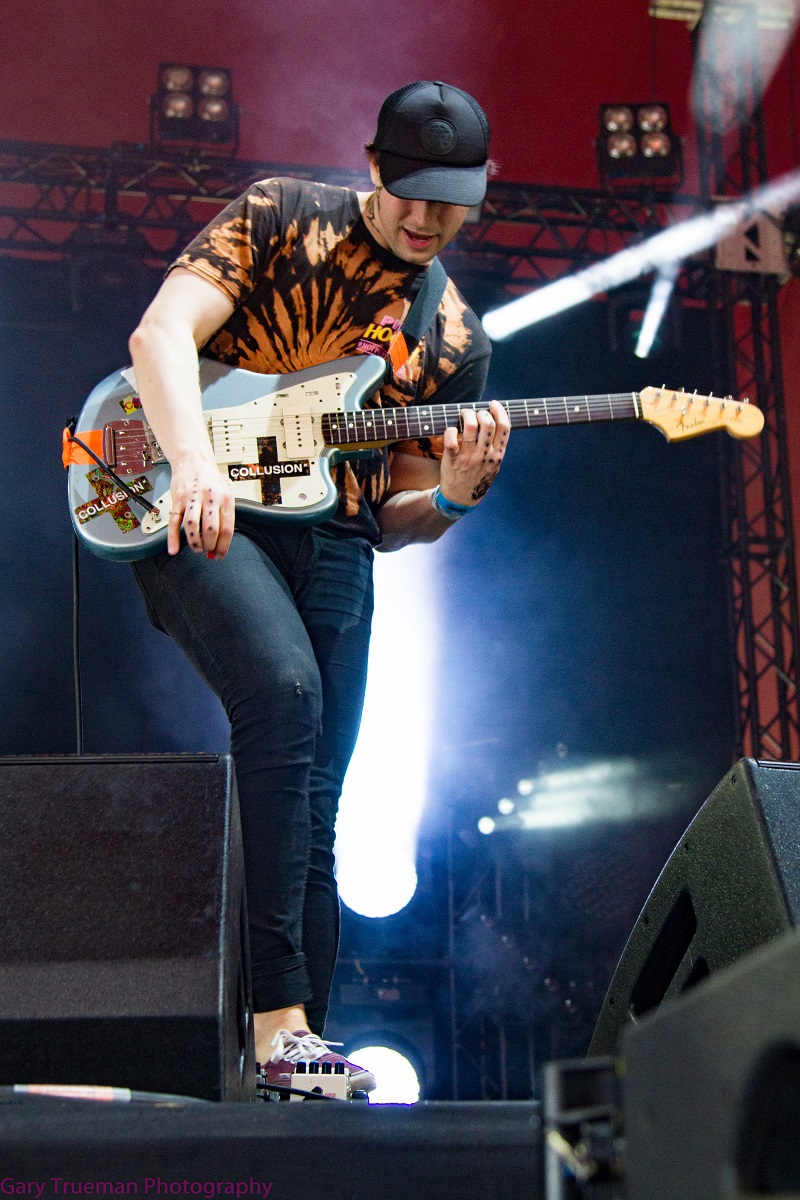 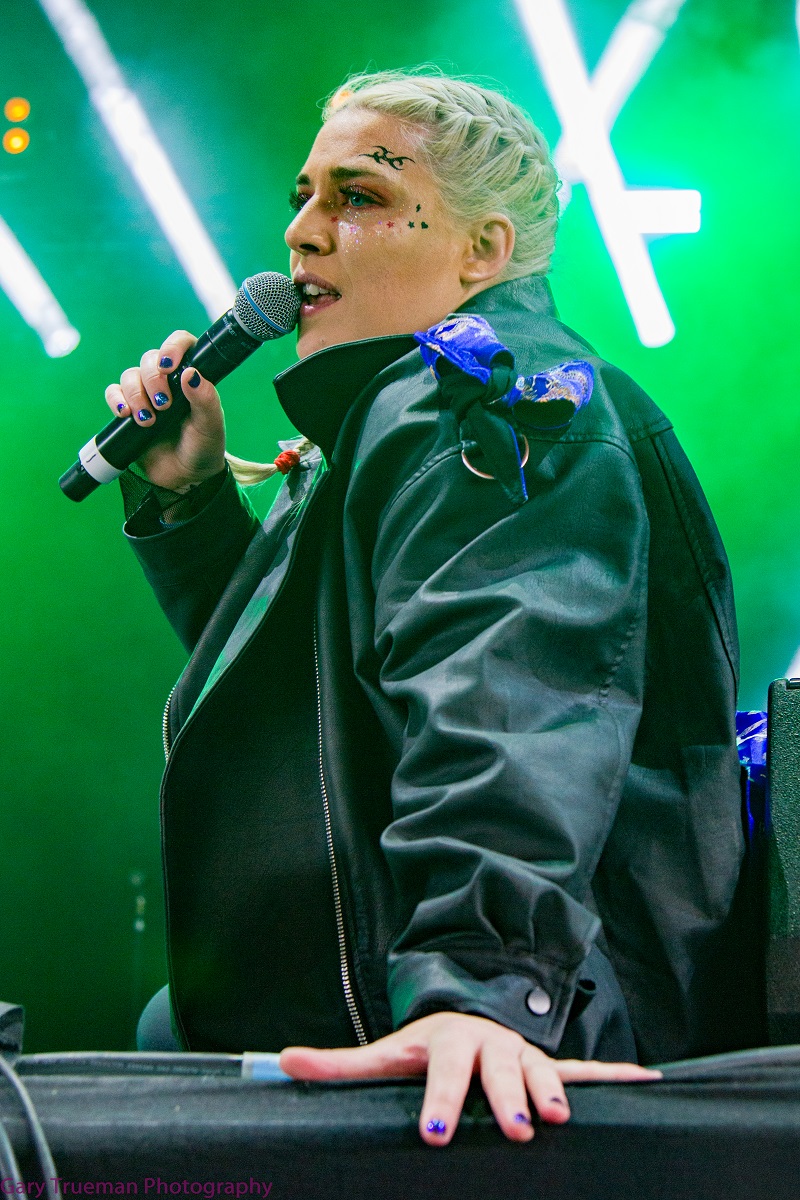 So how does it work live on stage?  You still have a live drummer but the bass is digital?

Hamish: “It’s all done to a click. We have an SPD (sampler) and that triggers the tracks and the bass guitar. We used to have that anyway but now it has bass as well. So apart from the drummer changing over it didn’t change that much. Most of the demos will go between me and Janine so it’s been fine. It didn’t change anything, we just kept going.”

There are quite a few duos that do this kind of thing too.  The Nova Twins for example.

Janine: “Oh, they are absolutely incredible.”

Hamish: “They are incredible. That’s the thing though, the less people the easier it is.”

You can steer things in the direction you want to go in?

Hamish: “Definitely, not that there was any bad vibes from the guys or anything. It just simplifies things even more.”

Were you writing furiously during lockdown?

Janine: “We probably could have written more but I think the quality of the new stuff is probably a bit better than it would have been. We put a bit more time and effort into it.”

You have a new single Kill It. What’s the story behind that?

Janine: “Lyrically it’s a war cry between yourself and your mental illness. So it’s like you’re being constantly frustrated by this thing on your shoulder all the time. Like OCD. It’s something you have to live with even though you don’t want to live with it. You don’t have a choice. So it’s a war cry trying to fight back against it and not let it consume you.”

If all goes well we should be seeing you touring in October. Squeaky bum time with that a bit is it, because of the restrictions?

Hamish: “This is worse. I think the tour will happen. October feels pretty reasonable right now. A lot of people have been vaccinated now and there’ll be a lot more by October.”

Let’s talk about less squeaky bum time and more code brown, playing the Download pilot. That will be a good crowd will it not?

Well there’s an awful lot of people saying they will be coming to see Vukovi.

Hamish: “It’s surreal because the email came through three weeks before the festival.”

Janine: “When that email came though my stomach turned over.  I was like you’re never doing this, I’ll never be able to do it.  But here we are haha.”

Hamish: “We haven’t played a show since our last album came out a year and a half ago. We’ve gone from 300 capacity venues to this…. 10,000 people.

Just imagine the crowd naked if you’re nervous, that’s what they tell people.

Janine: “Oh and I’ll laugh at everybody, all the way through.”

What about the future. What do you want to do from 2022 onwards?

Hamish: “We want to put out another record.”

Janine: “We’ve signed a deal with LAB Records and we’re doing a kind of concept album this time too. The girl you’ve seen already in the photos (in the new single video) that’s all going to be a part of this concept. It’s going to build up a story.”

We’re putting an imaginary mix tape together of songs you’d put on to drive to a festival. What would you choose?

Janine: “Mine would be Ashnikko and Deal With It.”

Hamish: “Rascal Flatts and Life Is a Highway. It’s an absolute banger. Go look it up, the chorus will ruin your day.” 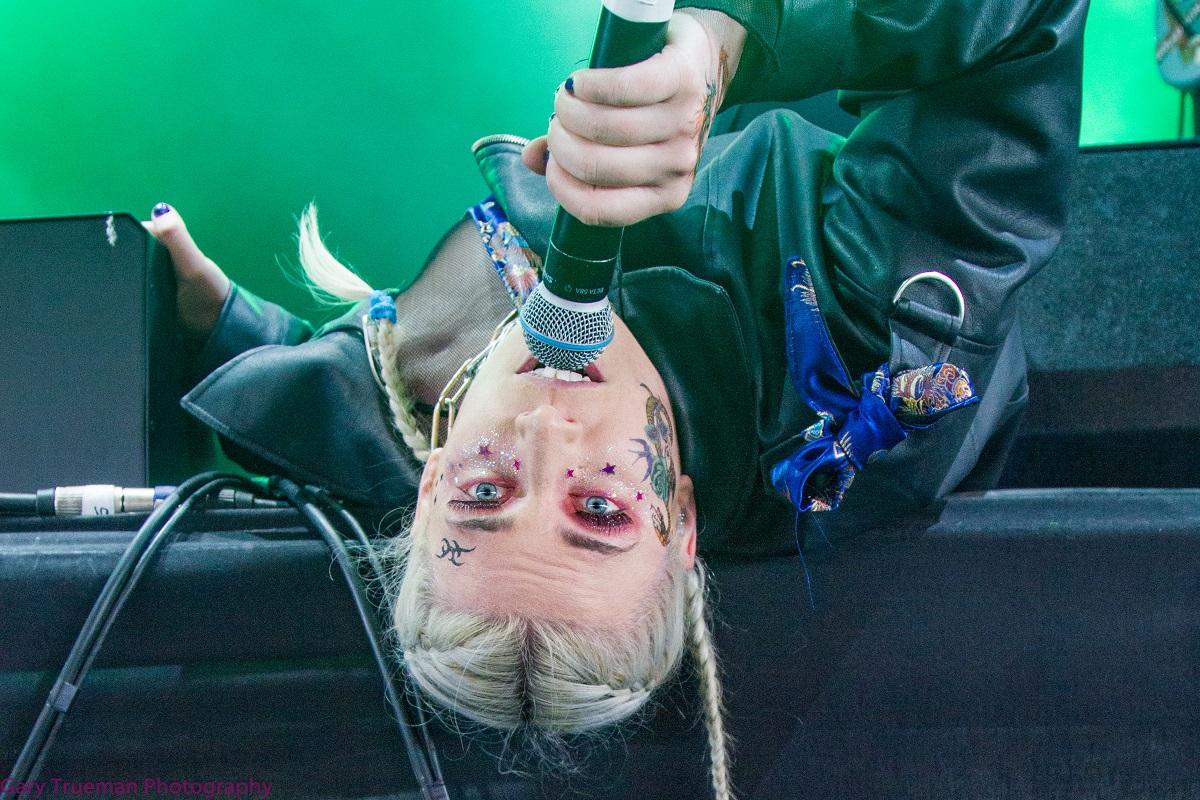 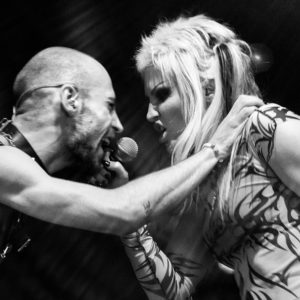 Some people are high on life and Cassyette is one of them. Excited beyond belief to be playing the festival the hard rocking...
Copyright 2017 Devolution Magazine. All Right Reserved.
Back to top