They’re one of the hardest working bands today and have a huge following. Mark Bestford chatted to Baz and Adam from Massive Wagons prior to their show at Download Pilot about winning awards, writing new music and their love of a nice warm tent.

It’s been over a year in lockdown. You guys, you’re always busy, I know that, so what have you been doing with yourselves for the last year and a half?

B “Well, we were released the album which was a big thing. We recorded the album, House Of Noise just before lockdown before we knew anything about this, and it was kind of there. And then this whole lockdown thing happened. And we were like, ‘Arggh’, what do we do with this album? Should we release it or sit on it? For an unknown length of time? Could be two years, who knows? But we decided to release that. And that was amazing, that was the best thing we could have done with the album. We started a patron thing, like an online fan club for subscribers at that time, that takes up all of mine and Adam’s time now, we create content for that and do live shows and unique merch and stuff like that. Now that’s taking up a lot of our time, which has been an absolute godsend. And writing, and writing to be honest, writing the next album. It’s nearly written, hopefully we’ll be recording it towards the end of this year and yeah, we’re, yeah, we’re fine. We’ll find time, it’s good being backed into a corner. You know? You come out fighting a bit, you know.”

I suppose that’s one of the good things about being creative, it gives you something to fall back onto.

B “Yeah, well, blimey, yeah, we won. We won Best British Album at the Planet Rock awards last week, which was, I mean, Planet Rock have been amazing with us, over the last few years. They get on board with a band they like, they just push you, you know. The support has been incredible. And then to win to win that award, we’re up against that group as well, a tough group, some amazing bands as well, and to win that was just a real high point for us, you know, thanks a lot.”

A “And it’s cool that he was voted for by the listeners, you know, of Planet Rock. It was kind of a good a good vindication that we made the right decision to release the album when we did, you know, because we could, we could have pushed it back. And because we haven’t been able to tour it, it was just great to have some of that, you know, like a tangible amount of feedback that people like the album really, it’s cool.”

Just about every other band out there, their tours have all been postponed, have you got dates booked up now?

B “Yeah, we’ve got we’ve got a 14 day tour in September, which has been kind of postponed, like I say, three or four times, and fingers crossed, still happening September. I mean, you’ve got to have faith in, in, you know, in what’s gonna happen, and, you know, we’re confident, quietly confident this is going to this is going to happen, I hope it does anyway. And these things need to get back to some sort of normality, before very long at all, I think. You know, we have to learn to sort of deal with this situation, and learn to live with it, I think, because we can’t stay in our houses for the rest of our lives, can we you know? It’s just not healthy.”

I mean, 10,000 people here. And as we said, I do think that there is definitely an energy out there, people just wanting to get on.

A “Yeah, it seems like that. I mean, you can tell even sat here backstage, you can just hear that buzz and that hum of people. And it’s like, I didn’t realise how much I had missed it until, you know, just being back here and in this environment, it is incredible. And like Baz said, it’s gonna have to happen at some point. And obviously, no one wants it to happen sooner than is safe. But there is going to have to be a point when people are gonna have to get used to being around other people again, and hopefully no, no lasting damage has been done to people, to some people, you know, like, become a bit sort of, closed off.”

So, you’ve got a potential album in the pipeline, tour coming up, so I’m guessing you haven’t been relaxing yet?

B “No, well, me and Adam do the full the band thing full time now. We’re lucky to be in that situation, the rest of the guys still work, but me and Adam do it full time. And we were in a position where we can devote all of our time to band issues, you know, content and production and songwriting and you know, and that makes a massive difference to the pace of the band, how fast you can move forward, when you’ve got two or three people that can you know, we work with our manager as well, in the same building, the same room, so that makes a massive difference. All these things? Yeah, they just make things so much easier. We can progress so much faster.”

Not going to be slowing down any time soon then?

We’ve got Download here. Got any festivals lined up for next year?

A “We’re lucky enough to have been carried up, one of the bands carried on from the 2020 lineup. So, yeah, we’re back here in 2022. And hopefully Europe is on the cards next year. We’re really with our agent trying to hammer home some European festivals. That’s on our kind of diary, so that’s our main focus really, 2022 we really want to get to Europe more.”

So with all the stuff going on with Europe at the moment, have you got everything planned out to actually enable you to tour yet?

A “You know, we have to wait really. I mean, like everywhere you know, festival promoters and touring, you know, venues and things they’re filling the diaries with rollover lineups from this year and last year, so it’s very difficult to crack our way in at the minute. But we’re still trying and then we’ll just have to see really, you know, see how it goes.”

Take it there and give them some good old rock and roll.

B “Absolutely, it’s what we’re all about. Yeah, definitely.”

One thing I normally do is an Apocalypse Playlist, but we’re changing it this year. We’re doing a Download Playlist. Which one song would you definitely put on your playlist for driving down to Download?

B “Any song or a band that’s playing?

Just one song you would put on a playlist

B “Well a band that are playing after us, then I would say I Want To Go Where The People Go by The Wildhearts. Definitely, that song is about this, really. Isn’t it? It’s a great band, great.”

A “Sounds good. Good one that, can’t beat that. Probably Saxon And The Band Played On, because it’s kind of like, it’s the original Donington. So I think it might have even been the first the first song that was written about this, and this place, and this festival. So that would probably be mine.”

The weather is typical Download isn’t it. You’re playing the tent aren’t you?

The tent so far this weekend, every morning it’s been absolutely filled.

You’re going to have quite a good crowd in there.

A “Yeah, they’re great, the tents have got such a good atmosphere, you know. The sound in there is great as well because the soft grass just eats up all the high end, you know, it just sounds so warm and yeah, it’s a great, great sounding.”

B “Even in this cold shitty weather, they manage to stay kind of warm in there don’t they?

A “They heat up, they keep the heat in, you’re right.” 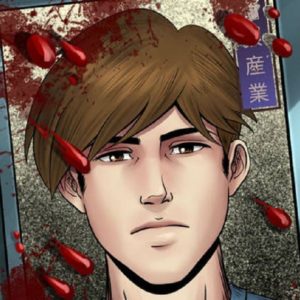