An Englishman and an Irish girl walk into a festival. The punchline? They put on an amazing high energy show. Mark Bestford talked to Sam Matlock and Milkie Way of Wargasm after their set at Download Pilot. Milkie talks about writing music during lockdown back home in Ireland while Sam expresses his love of early Iron Maiden. 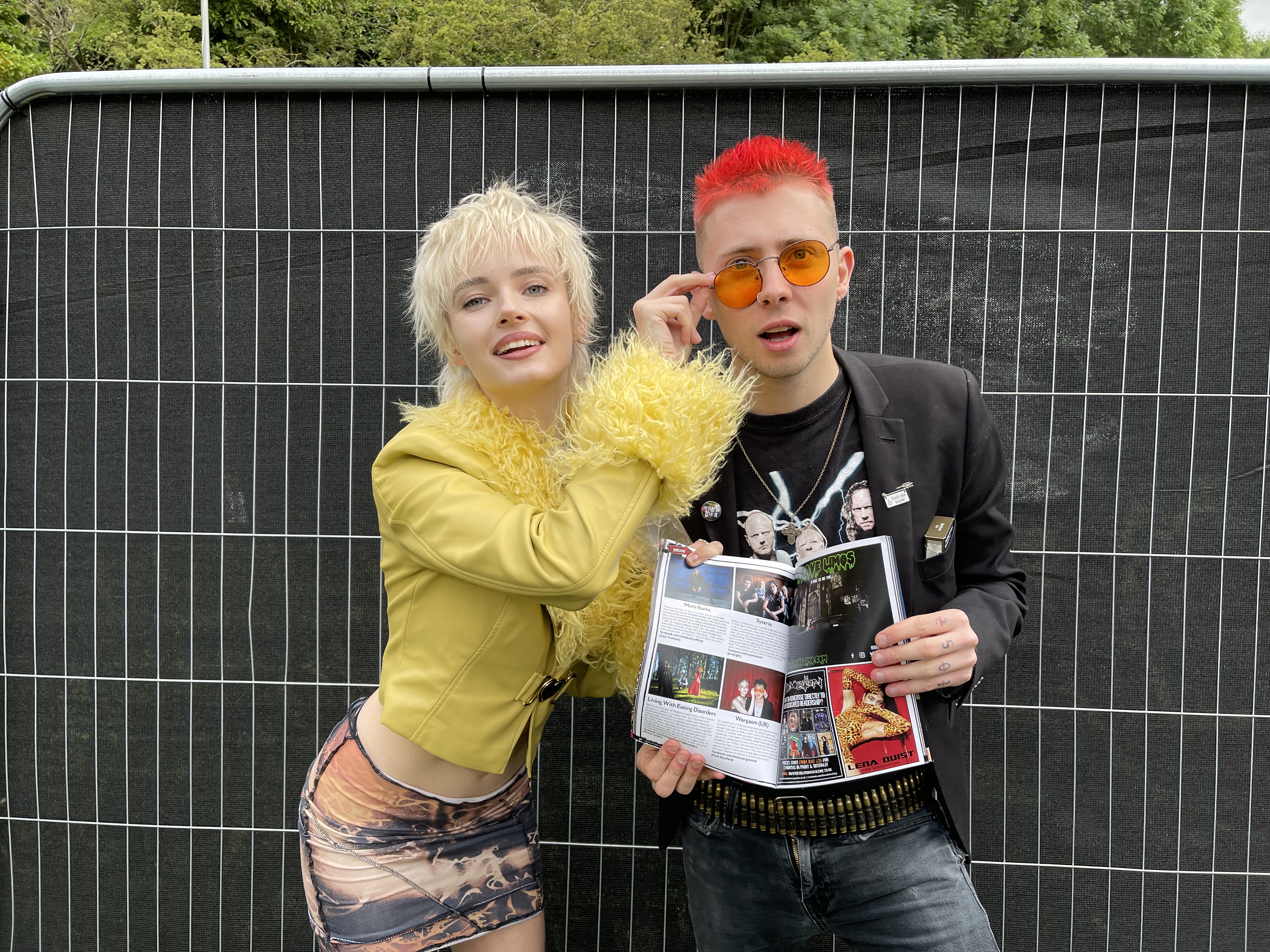 So you guys are based in London at the moment?

SM “Yeah, based in London.”

MW “We live together in Kilburn.”

SM “I’m a London boy. Like split parents, have grown up on the Isle of White. You’re Northern Ireland.”

MW “Northern Ireland. I moved to London four years ago or so.2

SM “Yeah, now we live together in Northwest London.”

It’s been a pretty rough year for Londoners hasn’t it?

SM “Thanks. Yeah, it’s been fucking strange. I mean, now, now that we have people back to pubs like the life is kind of back in back in the city. You know, I mean?”

MW “The energy is back.”

SM “I mean, we’ve been quite sensible. So we haven’t been seeing like everyone and going here there and everywhere, like some people have. Which is fine, people can do what they want. But it’s slowly starting to creep back, so you know, you see someone at the pub and you know, yeah, it’s good to say hi to them or somebody that works in music and that you talk about different music stuff locked down together all the time.”

MW “It’s great, but after a year, you still having the same conversations again and again.”

SM “Do I repeat myself?”

SM “There’s no fucking way that every day is not completely different with me.”

Your background, you’ve been doing music and modelling?

Both at the same time?

MW “Yes, so I used to play session bass for a guy called Barnes Courtenay. So I was touring with him as well as modelling at the same time. I’ve been doing modelling for longer, music is more of a new venture but music is definitely the better of the two.”

Music is now your main thing?

And you were in the band Dead!

SM “Yeah, I was in a band called Dead! which didn’t do anything special, it done alright. It was still like a bit on the underground but, you know as things go, it came to an end and you know, I was really bummed out for a while but I’m realising that I could never go back and do my life different because it led me to Milkie.”

SM “Yeah, literally. Wargasm is kind of everything I’ve ever wanted to do as a songwriter with a sound and things like that, you know, it’s we’re finally working with these upbeat elements find bringing like these like prodigy vibes into it and I love like the riot girl female vocals just like you know, the one you do. So, so good. So you know it’s different. I definitely got a lot of live experience but Wargasm is a project sometimes it doesn’t make sense to me and the fun thing is finding out so I don’t have the live experience actually counts with this project.”

It’s still a good show. You certainly got everyone going earlier.

SM “Oh yeah, I hope so. There was a little wall of Death when it started. There was someone like split their head open before I shouted blood for the blood god. We like a bit of a wind”

You pretty much started to become known just as we were going into lockdown.

MW “Yeah, we launched in late 2019. We did 2 support tours and then everything shut down basically, so we really didn’t get like very far out of the hatch before we had to you know stop again completely.”

SM “Lockdown’s kind of shaped Wargasm into what it is. You know people say think outside the box. I think it’s the opposite. We’ve been forced into a box and I’d like to think we’ve kind of hacked our way out of it but putting us, it’s another thing that you can’t go back and change you know, because we got forced into lockdown. In this world I think is where we’ve kind of, you know, become what we are. You know, no one knew who the fuck we were before lockdown started and now we’re doing a test event and like, you know, not even opening the fucking mainstage we’re just on it. So I guess that’s testament to how weird shits got and how like the world impacts you know as a creative.”

Even though the country has been locked down for the last 18 months you’ve been quite busy as well. There’s a lot of new singles coming out.

MW “Yeah, you either sink or you swim, and we were absolutely not going to sink, that was just not an option. So you know we went to my family home in Ireland at the beginning of the lockdown in March 2020 and we were very lucky to have that time there and we you know recorded Spit recorded and did the Spit video. We recorded Rage All Over and Backyard Bastards there.”

SM “Shit, we did all three. We started fucking around with Pyro there.”

MW “Yeah, we started Pyro then, like all of these songs came from this moment.”

SM “it’s just there’s other things as well it’s been a hard year you need to free yourself and things that you love.”

SM “I don’t really have any other skills or anything and then nothing makes me happy except for music. You know, there’s no other way out.”

So you must have enough music now for an album?

MW “None of these songs are going to be on the album though, it’s going to be fresh stuff.”

SM “We started writing an album, but you know, we really like the latest Slipknot record and the old Prodigy records and things like that. And you got to bear in mind that one day in UK history Firestarter was dropped. So for me that’s the benchmark of songwriting.”

MW “We’re not gonna release a debut album unless it’s a good as Hybrid Theory for me.”

SM “Like it’s not, It’s not I mean, I guess everything’s an ego thing. It’s just we love music. We like, we love music. We listened to so much shit. We want so much live, we’ve got a fucking wall of live DVDs, you know, old ones we used to buy and Chilli Peppers VHSes and live VHS and crap like that like, for us there’s just no way we can release an album that we aren’t, isn’t going to blow people away. The hype’s there and we’re going to deliver.”

So Prodigy and Linkin Park are your go to bands for where you want to be?

MW “I mean, we’re pretty eclectic I would say. I know everyone says that.”

SM “Prodigy is definitely the main band in terms of songwriting and things like that. It’s weird that I’ve never had a hit but I’ve studied so much in songwriting, and I write for some other people. My favourite band for songwriting is one that doesn’t even have lyrics really, you know, it’s all samples. There’s the moshers love them, the ravers love them, the punk love them, the mums love them, and it’s unifying which is what alternative music should be, you know. It’s us versus them, but everyone can be us, just have to get on the wavelength.” 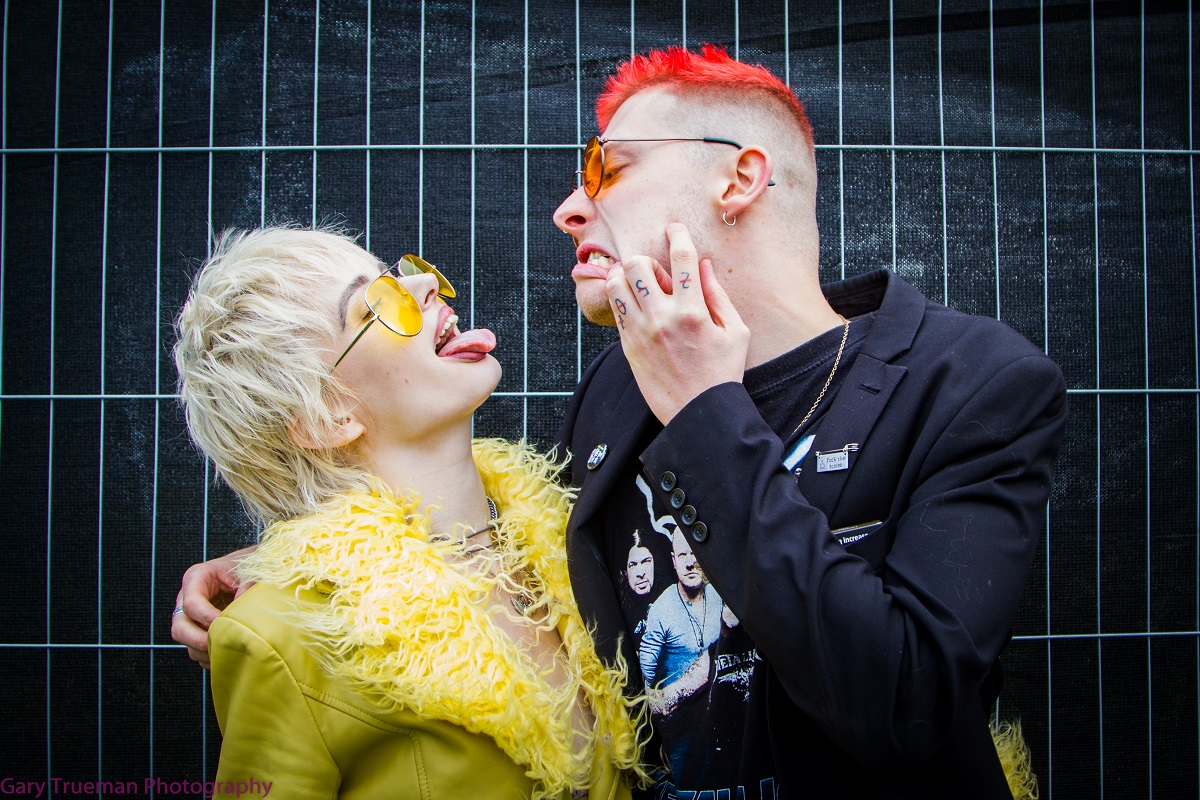 The world has pretty much been locked down but we still have printed magazines, Kerrang! Is still going even though they had to shut down for a while. Do you think print is still relevant in what is pretty much an online world now?

SM “Such a weird one today like yeah, some stuff has died down from the print thing, but some other things have managed to carry on. I think there’s a certain level of journalism that kind of supersedes it.”

SM “Yeah, like Mr. Brightside by the killers is always my favourite one. It was a demo, it was never really mixed properly, but in my opinion, is one of the greatest pop songs ever written. And it’s fucking massive and changed that band’s career forever. Changed music forever, but there was no way you could have ever kept that song down. I think things in print there will always be an audience for it. And I think as long as the content and the writing is brilliant. You know, I’m having fun in this interview, it’s shit like this, if it’s like this then you won’t be able to keep it down and won’t be able to be stopped you know, even if the audience gets a bit smaller. Yeah. And like let’s be honest, if you guys did an apprenticeship like that, kids need it. I need fanzines, I need that content.”

MW “There’s been a resurgence of physical media you know, people love vinyl now. Vinyl is at higher sales than ever, so you know, why not same for print? You know?”

Vinyl now has more sales than CDs, the first time in 20 years.

One of the questions I normally ask is the Apocalypse Playlist. We’re changing it this year, it’s not the apocalypse. We’re coming out of lockdown so it’s the Download playlist. What is your go to song to put on the playlist to put in the car to drive to Download.

MW “You have the perfect one.”

The Maiden England Tour, we got the crowd chanting Sooty.

SM “Yeah. Oh, man, they’re just, see, we’re playing next year as well. And just to be on a festival with them is just gonna be like finally, I fucking finally. I don’t try and take much from life. I feel like I deserve this one thing. To be on a poster with Iron Maiden.”

MW “Mine is Guns and Roses, Nightrain by the way.”

I had one of my main talking moments last time Iron Maiden played here. I watched Iron Maiden with Blaze Bayley.

No, no, he loves the band still.

That was a really good moment for me

SM “I actually really liked the stuff with Paul Di’Anno, you know, because it’s kinda like punk Iron Maiden and you know, it’s got a really punky tinge to it.”

Well when Iron Maiden came out it was actually coming out of the 1970s punk scene.

SM “Yeah, I’ve got an awesome book that my mom got me years ago for Christmas. It’s a Derek Riggs like the art of Eddie and it’s a big signed book and it says ‘To Sam, love Derek Riggs, let’s get a beer one day’ and I’m like, yeah, so I’m a massive fan boy for it.”

What would be your dream line-up, living or dead?

SM “Yours is just Prince?”

SM “Pretty much the Hellfest line-up.”

MW “The Distillers. The reason the Hellfest line-up is pretty much it, like nearly everyone is there to be honest.”

SM “It might be a bit too soon. I got to say if we could bring Keith back for one gig, I saw them so many times.” 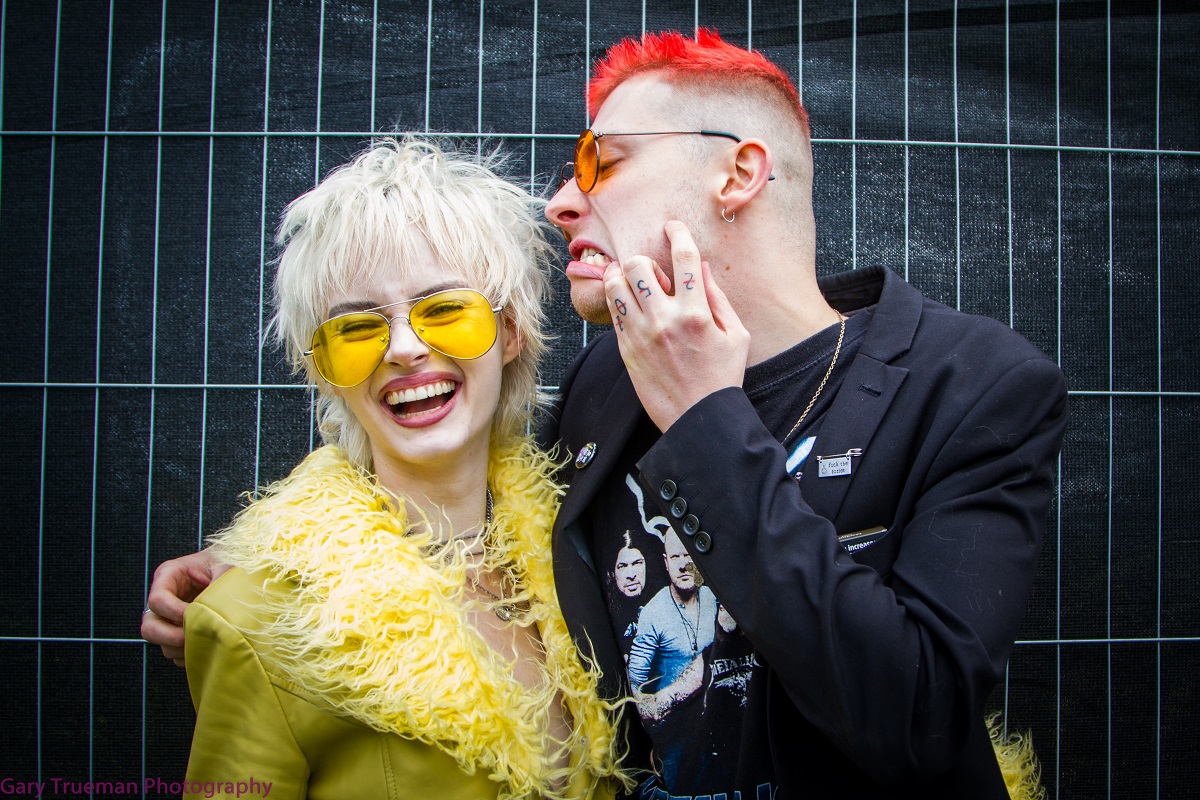 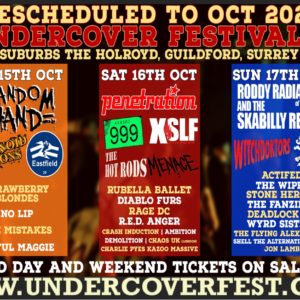