With a formidable back catalogue and consistent writing and performances The Wildhearts have endeared themselves to rock fans on a global scale. They are a band that have endured through sheer weight of talent and a never say die attitude. They’re a group that are never frightened to embrace the new and fresh. Gary Trueman chatted to the likable geordies about coming out of lockdown, being a part of the Download pilot and their new single and perfect driving song ‘Remember These Days’. 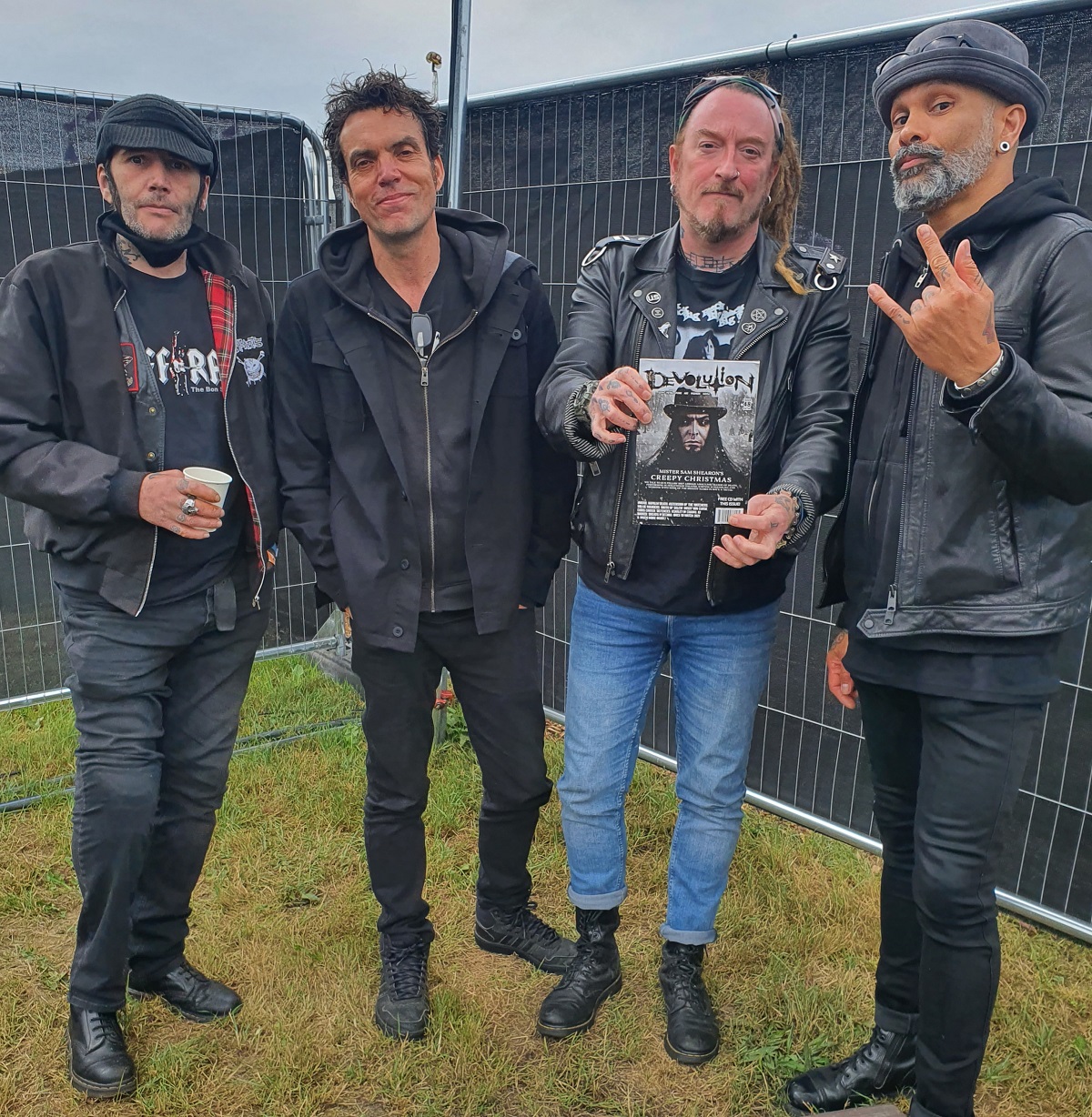 Covid has played a big part in music in a very bad way over last year or so. What’s your take on where we are now?

“Well the historic thing that is happening now is that we’re here at the festival. We’re at this event and people have had a lot of things to feel down about. This is like a kick up the arse because you don’t get anywhere by moaning about things. Sometimes the toughest times are what makes the magic. Who’s to say that things were just a little bit too corporate before Covid, and after it there’s going to be a bit more of a community. Something that involves everyone and not just the huge bands. It could be the best time for rock music ever. People’s appreciation has been reset. They’ve seen what they really love about their lives being taken away. They’re going to come back with a renewed passion. It’s really important for musicians and actors and anyone who creates to have an audience that is more hungry than ever for what you are doing. When we start running again we aren’t going to stop.”

So it could have a positive effect in the long run to take stock of where we were?

“We need everyone to feel positive about it. Starting out new is a scary thing. No one likes to start absolutely from scratch without experience. There’s no experts to hold your hand. These are unprecedented times. If everyone accepts it as the catalyst that they should then there’s no reason it it can’t be the catalyst for something great. People want something great. Everyone is sick of sitting on their arse doing nothing. It’s perfect.”

They put this festival together in four weeks and Andy Copping said earlier that getting the people to agree took something like six days which is incredible. The comments from the fans have been amazing. They love the layout, they love the size, they love the community feel to it. It’s been very emotional. And it’s a big thing to them that it’s all UK artists. There’s a feeling that they’d love this as a regular thing. Do you think that would be a good thing to have?

“Like a mini Download attached to the main one. That would be brilliant.  If it was showcasing newer acts as well. There’s a kind of excitement and love in the air which you don’t normally get at festivals. There was an element of festivals getting too corporate and being taken over by the glampers. We haven’t spotted a geopod yet. There’s a real spirit in the air here. We can feel it. We’ve heard the same thing from people as we’ve had a walk round, that this feels special. It feels traditional and comfortable but it also feels like a fresh new thing. That’s good news.”

Let’s move on and talk about the new album 21st Century Love Songs. How was that written? Was it written before or during the lockdown? How did the writing process differ from earlier work?

“We started writing it at the beginning of the year and Ginger was sending little demos to Rich who then started programming drums on it. It was all done remotely. There was no rehearsing. We all turned up separately in the studio. We didn’t record once as a group. It’s just another way of rolling with the punches. We never say we can’t do it and it didn’t sound like we approached it any differently to any of our other albums. We’re excited to make music.”

Hopefully we’ll see you guys out on the road in September is that right?

“We hope so. Again, we’ve all had our hopes built up and then dashed. We’re not stupid enough to think that if we look forward to it it’ll happen. We prefer not to have any disappointments. But, fingers crossed. It’s important that everyone across the board carries on making plans.  You’ve got to have because this will lift eventually and everyone will be out doing their thing. People need something to look forward to as well. If you just stop and have nothing to look forward to, that’s just depressing.”

A lot of people were moaning about digitisation when it came into the music industry but it’s enabled people to find new bands and discover new music, particularly in recent times.

How important do you think it is for the government to start helping the industry like the small venues?

“This government won’t help.  You’re better off ignoring the government and what they do or don’t do. Talk to the people that are going to be standing in front of you, the fans paying for you to be able to do this as musicians. Fuck the government, we don’t give a shit about them. This is between the musicians and the community, the fans. They are going to be the future.”

We’re putting together a mix tape of songs you’d play driving to a festival.  What song would you like to add to that tape?

“Well we think the perfect song to listen to as you drive to a festival would be by a band called The Wildhearts and their new single Remember These Days. It’s a fine tune, great for driving…..” 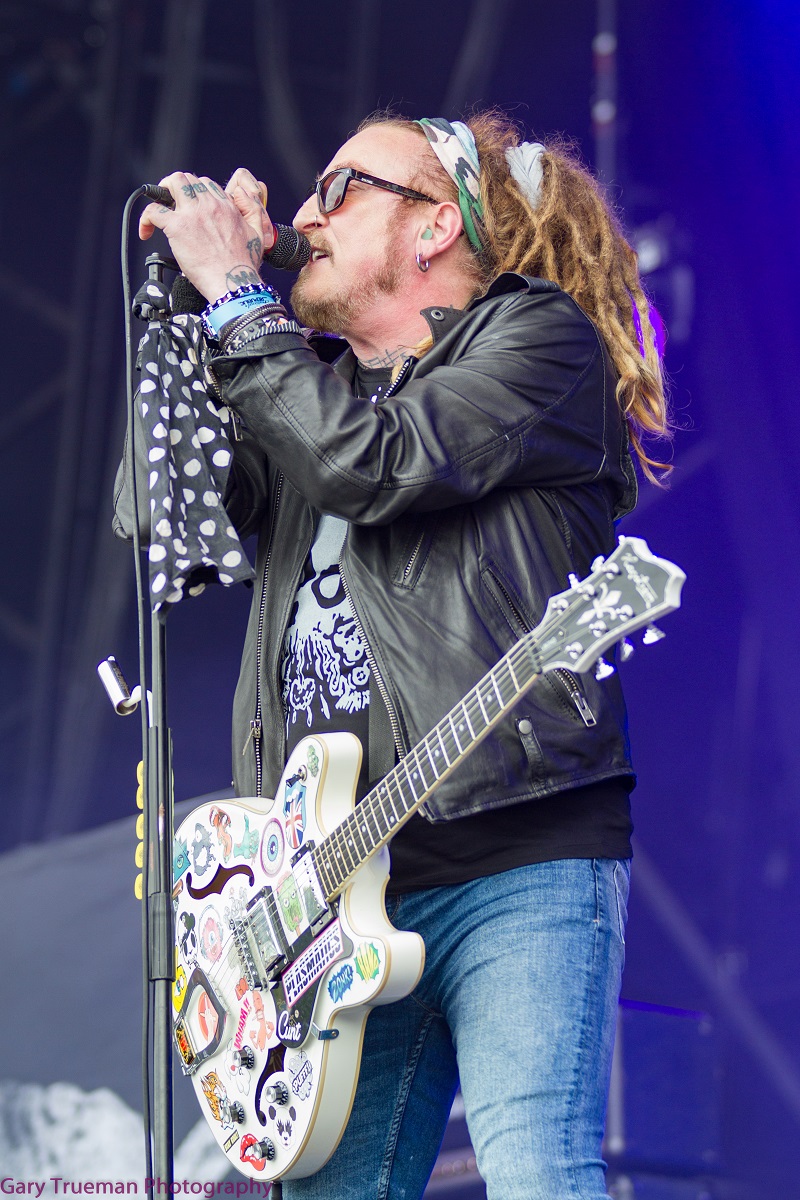 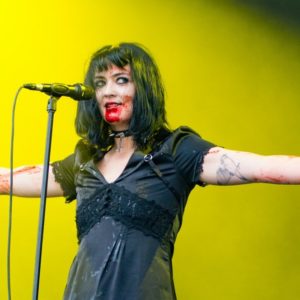 Saint Agnes are a square peg in a world of round holes. Their music is heavy but pulls in influences from a wide spectrum...
Copyright 2017 Devolution Magazine. All Right Reserved.
Back to top