Some people are high on life and Cassyette is one of them. Excited beyond belief to be playing the festival the hard rocking songstress is a bundle of energy all weekend. She stayed in one place just long enough for Gary Trueman to have a chat with her. Topics included getting involved with Tik Tok, her new single Prison Purse and working with Frank Carter. 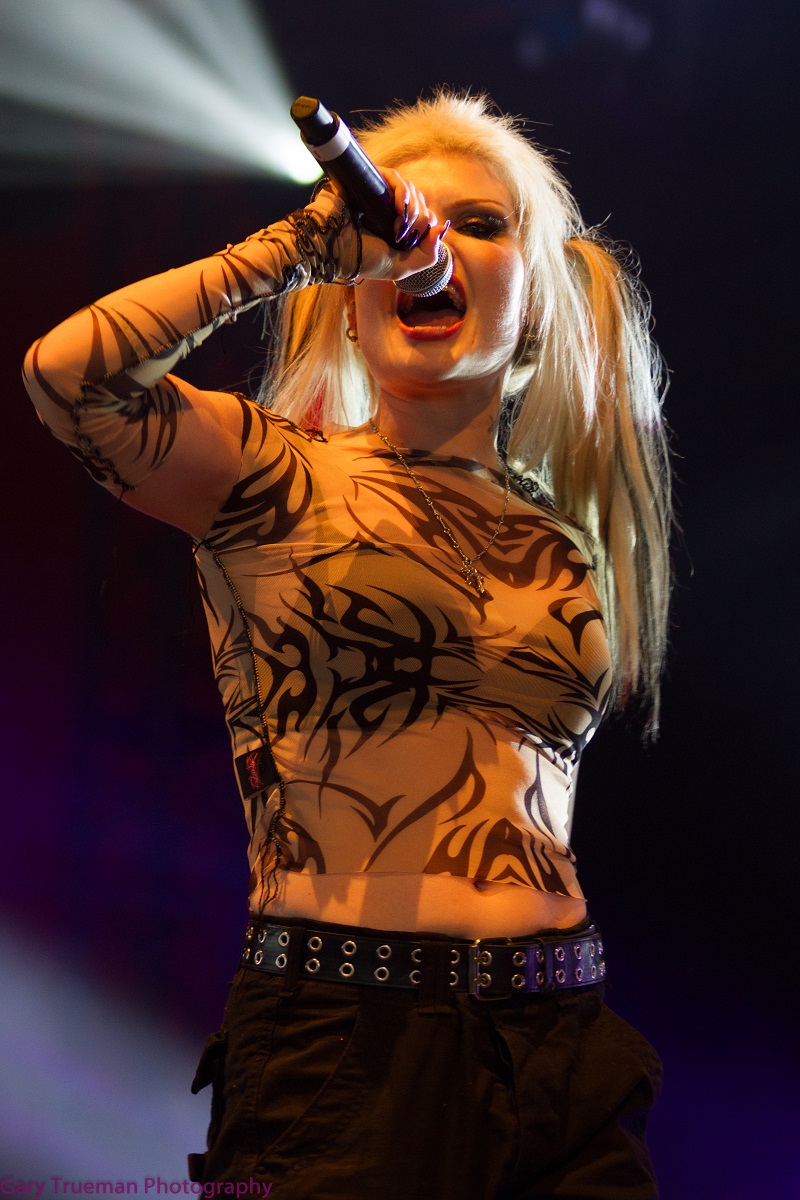 How have things been for you having to put everything on hold because of the lockdown?

It’s been a very difficult time. How has it affected you personally? What did you do with your down time?

“To be fair I kept myself busy.  I started a Tik Tok, like everyone did. I did a crazy scream metal Tik Tok and got into it so much. It was alright having that to do. I’ve been teaching myself so many different screams, and I’ve mastered quite a few of them.”

Who are your favourite screamers?

“Oh my God there’s so many. From just this festival I’m excited to see Bullet For My Valentine. They for me are the best. There’s also a lot of people on Tik Tok that have been doing screaming. One guy I follow does the most insane scream. It’s brutal.”

You’ve got a new single out called Prison Purse. Tell us about it, what’s the theme?

“So prison purse means pussy, so it’s about that. It’s a bit more than that though. It’s about if you’ve ever been in a situation where you’ve felt a bit violated. It’s a big fuck you song. It’s I’m going to kill you, lock you in my prison purse…. the end.”

So it’s all about female empowerment and fuck you?

“Totally. It’s a totally fuck you song. Everyone needs one of them”

You been writing with Frank Carter and you’re performing with him at this festival too?

You do Tik Tok and also Instagram a lot too. Do you think it’s a really important step for artists to take now, to embrace social media?

“Definitely now more than ever. Especially in rock music, I don’t think this world is really connected so much on social media. Obviously massive bands have but not so much the more up and coming, not until recently when people started using it. For me, I love collaborating with people so it’s been an amazing tool because I’ve been connecting with other up and coming metal musicians.” 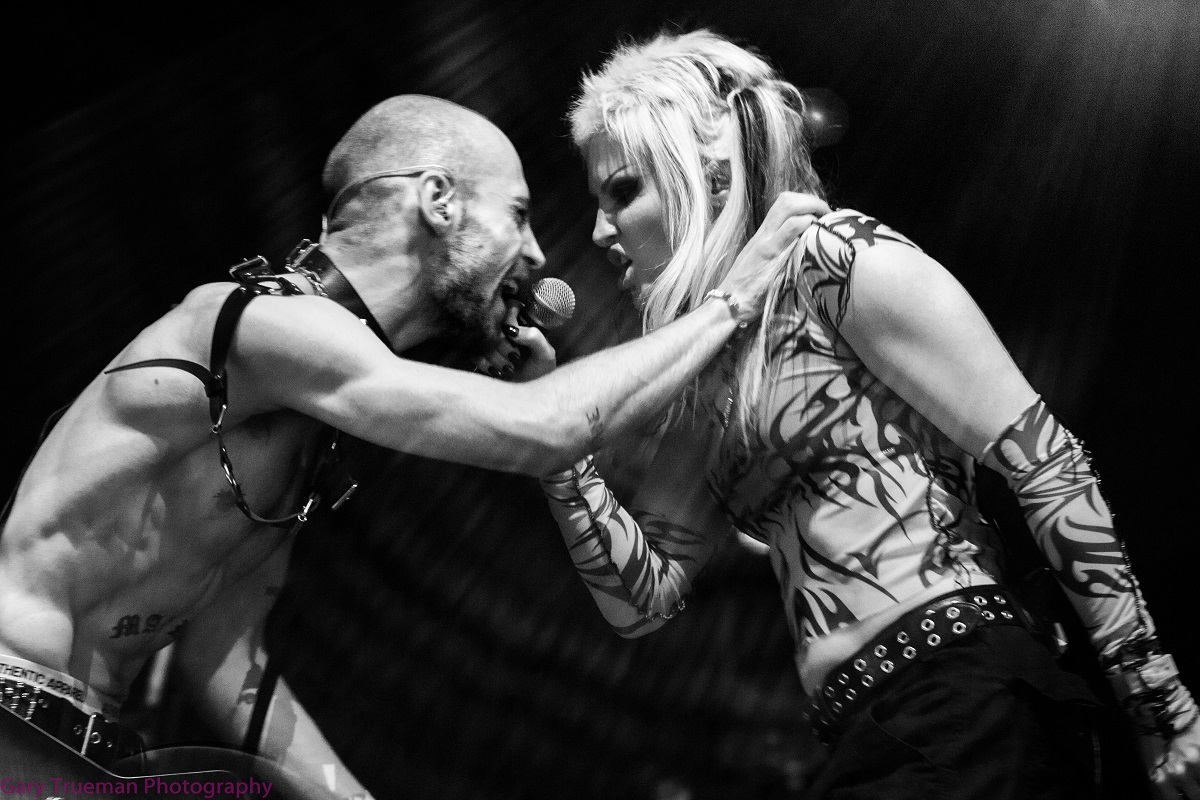 “Yes I do. I feel that for me fashion is a really important side of things and that music and fashion go hand in hand. This is a massive cult really isn’t it? So it’s just nice to be able to express yourself in many different ways.”

It’s also important to not take yourself too seriously too isn’t it?

“100%. Ah man…… fuck that. I have this thing touch wood, that I don’t fall over on stage because I do shit like that all the time haha.”

When Turisas played here a few years ago and it was pouring with rain. The singer ran on stage, legs went straight up in the air and he landed right on his arse. He got up and joked about the shitty weather and how it was 30 degrees in Finland.

“Yes!. Because you know it’s going to happen. I won’t say anything because there’s a part of me that doesn’t want to jinx it because I don’t want to fall over haha.”

You bring that tongue in cheek stuff into your music too a bit don’t you?

“Yeah…. I mean, my song’s called Prison Purse.  So pretty much. With my music some of the topics are quite heavy and it’s good to poke fun at things that are quite heavy because otherwise what’s the point?”

If you have a bit of fun with it, it makes it more engaging to doesn’t it?

“Totally, and everyone has been through so much this last year or so. So you’d don’t want to be all sorrow all the time. Everyone’s been a bit tortured, so have fun with it.”

There’s been a thing with festivals recently with gender balance being called into question. Without having anything silly like a quota do you think it’s a case of bookers and promoters taking a better look at female artists?

“Yeah, it’s important for everyone to have an equal opportunity. The thing is, good artist, good band, it doesn’t matter who they’re fronted by or who they are. It does make me mad because the last few years I feel the festivals haven’t been putting on the female artists, but I think that is changing. You can see a lot of fresh talent coming up which is exciting. So fuck it and fuck anyone who doesn’t book female artists.”

If you could put one song on a driving to a festival mix tape what would you choose?

“The classics have to go on there.  Oh my God!  Hmmm, Motionless In White, Bullet For my Valentine.  Oh, The Prodigy and Warrior Dance.”

Someone draws a magic circle to summon you. What three things do they have to put n it to make you appear? 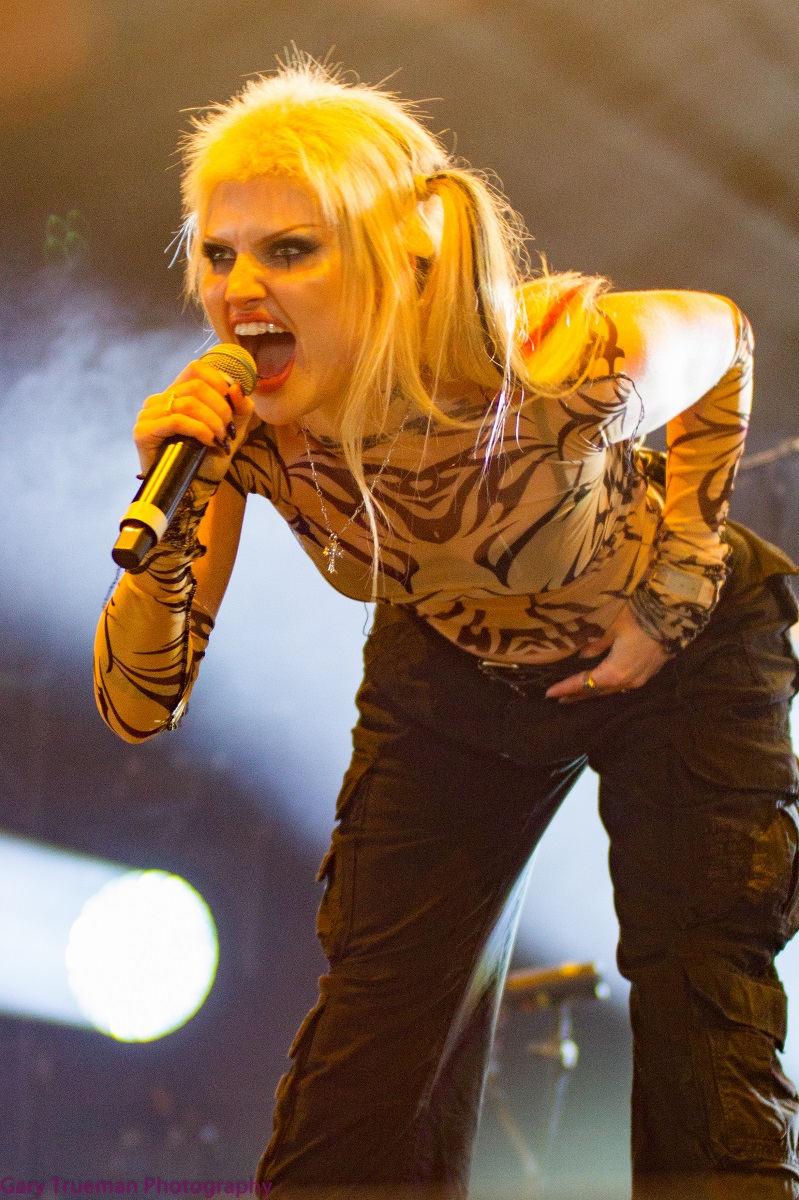 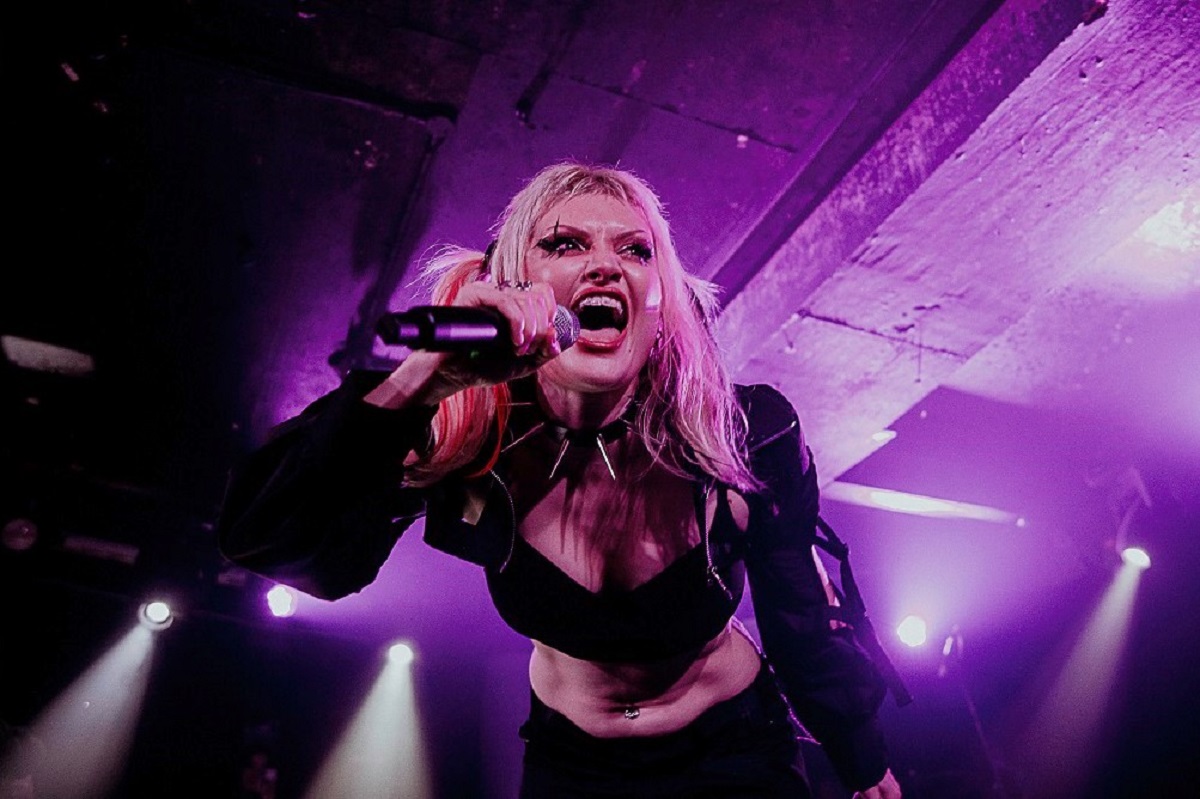 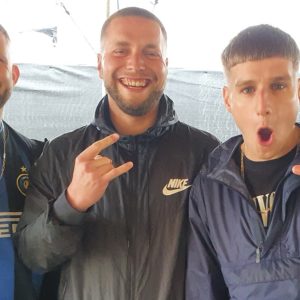 Taking the DIY path for their entire career Malevolence have built a formidable reputation for delivering fierce live shows...
Copyright 2017 Devolution Magazine. All Right Reserved.
Back to top