Over 13 years since the split of his band Reuben, and 8 years since working solo under his own name, Jamie Lenman is still going. Just before his show at the Download Pilot Festival Mark Bestford caught up with him to discuss how his art helped him get through Lockdown, releasing his last album at the height of Lockdown, and finally getting to tour again.

I know you’re here playing Download, and it’s been a very long year, really. How has it been for you not being able to play music for that long?

“Yeah, I think a lot of people will say that it’s, you know, almost like having a bit of you shut down, a bit of your body, or a bit of your mind, or a bit of your heart or something. It’s like having a bit of your life closed off. Yeah. So it’s difficult, but on the other hand, it does force you to innovate, and it forces you to find other outlets. And you know, I’ve never done a live stream gig before. I know people, there’s plenty of people that were live streaming even before the pandemic. So I sort of dipped my toe into that. And that was fun. And I did a couple of distance shows. So you know, when one door closes, another one opens. And, you know, these things will never replace live shows, but they were sort of a methadone if you like, they got us through, me and the audiences.”

I also know you’re also an artist and illustrator as well. So being multi creative, was that a good help as well?

“Yes, I was very lucky, because you know, live music and music in general is only part of my income, I do have the other side to my work, which is illustration, animation and design. So I was able to keep busy with that. I’m usually sort of juggling the two as it is, you know, if I’m touring, I sack off the illustration work. If I’m between records, I might pick up some more illustration. So they sort of, you know, seesawed a bit. And I’m used to that plane, that sort of balancing act, I just usually don’t balance it for quite so long.”

So, with that in mind, was there any project that came to fruition over the last year and a bit?

“No, wouldn’t it be great? I think that’s the thing that everyone said that now they have all this time, they still didn’t do anything with it. I mean, I ended up quite busy, you know, I got a lot of illustration work in. But then also around that, I was promoting my new album, which came out last year, creating all the assets for that. The music videos, or the social media content. And like I say, we did a lot of live stream gigs. I did a lot of live stream festivals for people like 2000 Trees, and did I do one for Truck? I think I did one for Truck. Lots of great people. So there was always a lot to do. Just none of it was with other people.”

The album came out last year, did you have time to work on new materials alongside with that?

“Sure. Yeah, I mean, I’m always writing. And I wouldn’t say that really the pandemic or being at home has had much of an impact on that, because I’m at home anyway. I work for myself. So yeah, I’ve had quite a creative… I mean, the last four or five years, it’s been very creative for me anyway, so I’m writing all the time. And, you know, I can’t wait to get the new material out. I had a new single come out a couple of weeks ago. So people can keep munching on that for a bit while they wait for some new stuff. And just as soon as possible. I like being in the studio. And I like recording but obviously it costs a lot of money. So you’ve got to get some way to pay for it, which is half the battle. And as soon as I can get back in the studio, yeah, I’ll be I’ll be very happy.”

Not being tempted by doing a home studio setup yet then?

“You know, I’m, I’m very, very bad. I did A level music tech and my skills have degenerated since there. So I’m even worse than I was when I was 18. My home recordings are absolutely atrocious. I could never do that. Now I need someone else to do it for me.”

“Sure. Yeah, I’m going to go almost straight into an acoustic tour all throughout July. They’re distance shows, just on my own. And then after that there’s a couple more festivals. There’s a festival, Burn It Down Fest in Torquay, I think and then I’m going to do Frank Turner’s Lost Weekends with him in London. And I’m sure there’s a few more bits popping up along the way. I mean, I can’t get to all of them. It’s weird, you know, having gone from no gigs at all. I think I had to turn a gig down the other day because I was, you know, in a different part of the country playing another show. So it’s all, the tap has sort of turned back on, you know, tentatively, but I’m already turning stuff down, which says, you know, something compared to where we were a year ago.”

So a lot of people have tours postponed from last year as well. Have you postponed any tours as a result as well?

“Yes, these shows in July were originally scheduled for the winter, for last year. So we had to postpone them to July, well postponed until March I think initially, wishful thinking and then we’ve postponed them again to July and with any luck they’ll go ahead. Other than that, you know I wasn’t too badly affected. I know bands that had booked large scale tours, obviously. And someone like Frank, who’s my good friend, he just tours all the time. And he’s been completely bereft. I know he’s done a lot of online streams. And he did a sort of a pilot show right at the start to see if distancing could be a thing. So perhaps we’ve got him to thank for the distancing setup that we managed to sort out. Yeah, but no, I was quite lucky, really. All I had was a few acoustic shows. I mean, it was still a nightmare for my agent to reschedule them twice. And he did a very good job, but I wasn’t too hard hit. I mean, it’s someone else’s problem, isn’t it? I’m the artist. It’s my agent who gets it in the neck. So more thanks to him. Thanks.”

One of the questions that I normally do is called an Apocalypse Playlist. But we’re switching it up you know, hopefully, the apocalypse has been averted, the pandemic is going to finish lockdown is going to end. So we’re going to do a Download Playlist. So next year, if you’re playing at Download, what’s the first song that is going on your playlist, to play in the car on the way?

“You know what? I might have Living Is A Problem by my good pals Biffy Clyro, because I remember hearing that live for the first time at Download in 2007, just after they brought that record out. And it’s one of their best songs. Puzzle’s probably their best album, actually. And it was great to see them afterwards. And I think they even gave me my copy of the record at Download, sweet boys. And I know that they’re playing aren’t they, next year, and I’ll be there playing as well. So to get me in the mood, that’s a real Download number for me, Living by Biffy. Yeah.”

Any message for your fans?

“For my fans? I suppose the message, the big message I would say is that I don’t really like to refer to you as fans because I think it sounds a little bit pejorative, the idea of calling someone a fan somehow downgrades them and I would never refer to them, I prefer to call them you know, my supporters, or perhaps even my friends. So that’s the first thing I would say that I don’t think of you as separate from me as a fan. I think fans got some funny connotations. But secondly, to really answer your question and not being a pedantic bellend, is thanks ever so much for supporting me and music in general, through the pandemic. You know, lots of people tuned into my live streams, lots of people sent donations and you know, it means a lot to someone trying to make their living from art like I do. So thanks for being there. And I hope I was there for you. I know people got a lot of use, a lot of good out of the live streams. So it goes both ways. I’m just glad that we’re there for each other. Wow.”

Do you do any practical jokes on tour?

“No, and I can’t remember the last time I was on tour. The trouble is, I mean, practical jokes are all good and well, when you’re young and springy and you can spring back. These days if I have the wrong thing for dinner, the entire show can be off so don’t mess with me. Back in the Reuben days we were always joking about and wearing meat on our heads and all this kind of business. Touring today is a very much more straight down the line affair. So not many jokes, I’m afraid. Sorry to disappoint you, not these days. I’m very serious.”

On a band rider, if you could have absolutely anything on it, what would you put on?

“Is this existing band, so past and present or what?”

No, your band rider

“My rider? Oh right. Well, again, if you’d have asked me 15 years ago, I would have said, you know, Mars bars. fizzy pop, you know, currant buns. These days, I have to maintain my svelte figure and I say very boring things like brown breads, and yoghurt and toasted vegetable crisps. So generally speaking, it’s really, it’s a bummer being on tour with me. I’m sorry. No jokes. No fun. Just rock and roll.” 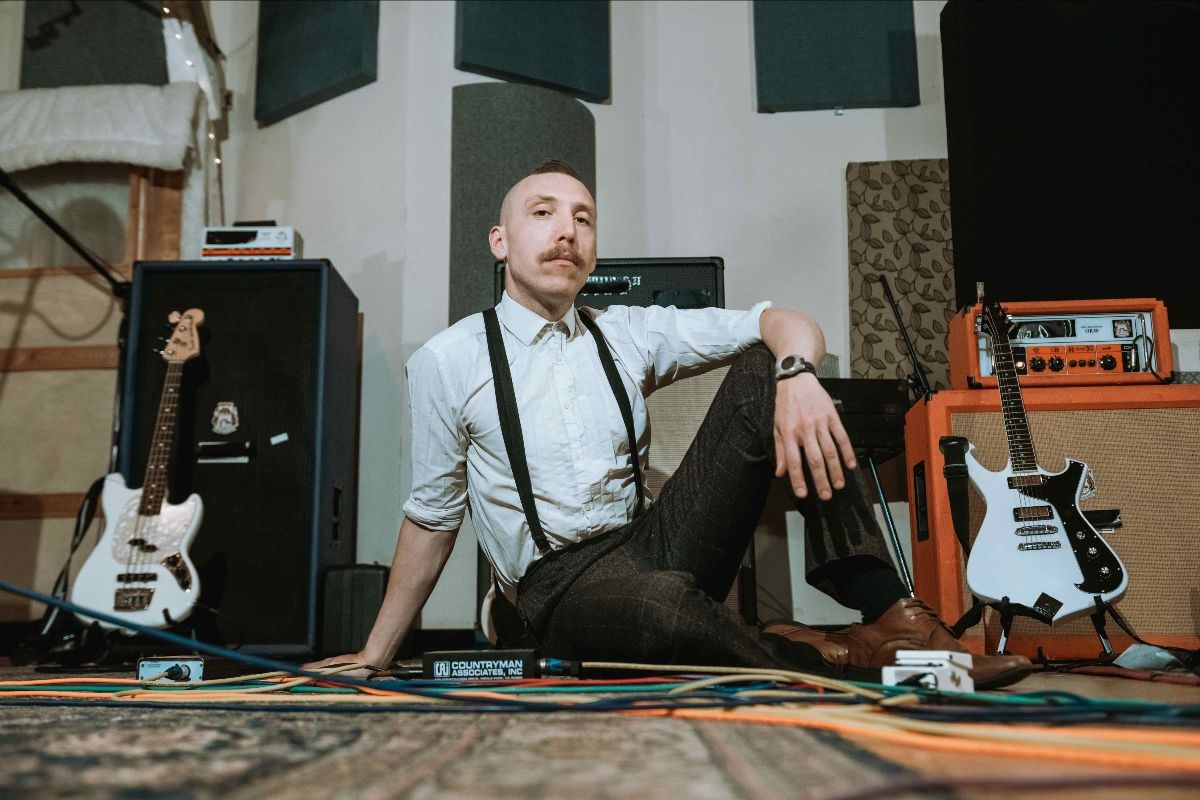 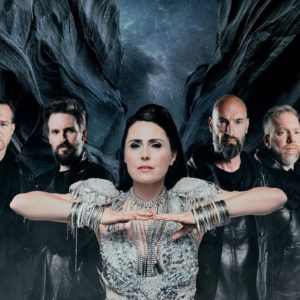