Interview: Felicia “We can combine the live experience with the technology you hear on an album to make it sound very full.”

Felicia is a bit of an enigma. She’s a person and a band. Musically you get a metal, sleaze rock, grunge and punk cocktail. There are shades of Manson, both Marilyn and Shirley. Some would say you’d have to include a bit of Charles in there too, just the cherry on the top like a lunatic garnish. Felicia is outwardly complex but simply great entertainment so when they played the Unholy Messtival recently Gary Trueman had a chat with Felicia herself and guitar supremo Rick. The discussion focussed on the Felicia sound, digital drummers and absent wigs. 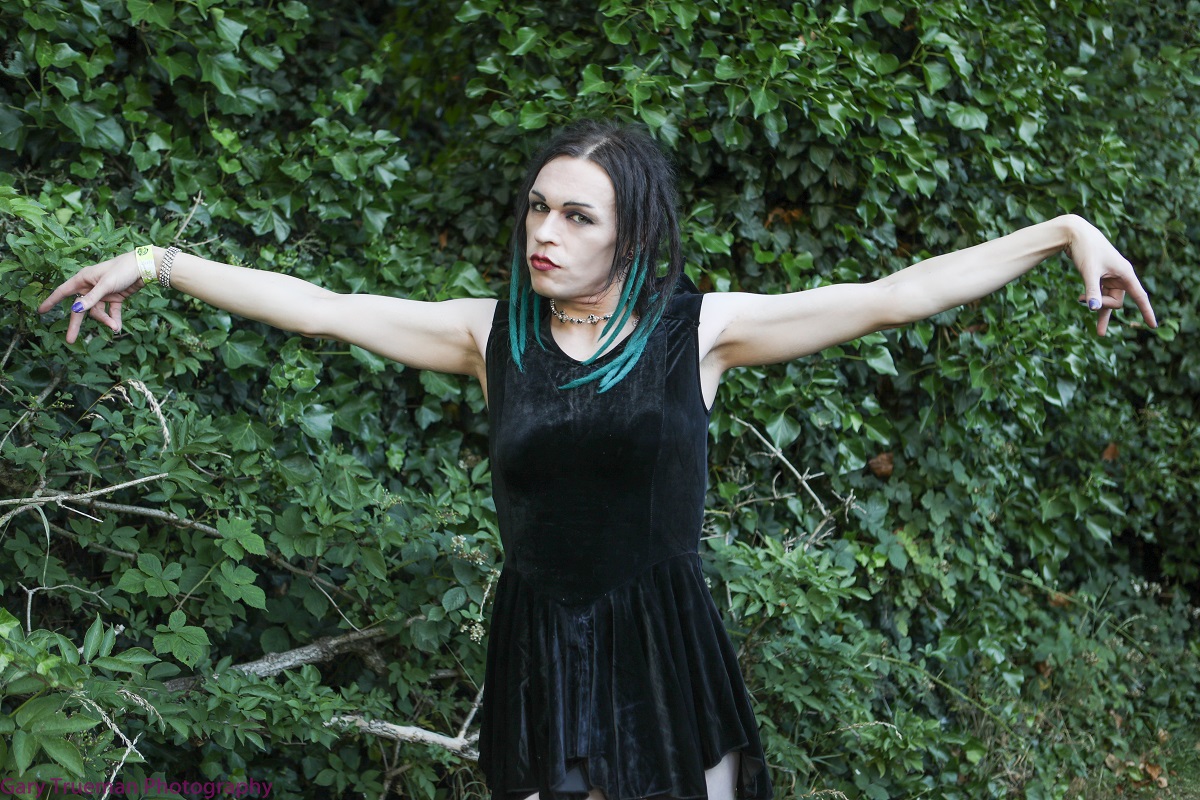 So we’re talking to Felicia and also Rick who is the guitarist. So does the whole band come under the Felicia name?

Felicia: “Yes it does. It started with me with a plan and I was lucky enough to acquire a guitarist. All sorts of stuff has gone on between that happening and where we are now. We lost our drummer so we thought let’s try a backing track. We now have six backing tracks with the drums. Rick was like should we try a bit of synth? So we put some synth in it, and now we have something totally new.”

So for the purposes of playing live who does what?  You have a live bass player don’t you?

Felicia: “The live drums are synthed.”

Rick: “So I basically programmed the backing tracks with drums and synth. And incidental strings, and there’s a bit of backing vocals too, so we can combine the live experience with the technology you hear on an album to make it sound very full.”

How does that work in terms of knowing when to come in and when not to? Do you play to a click?

Rick: “Yes, effectively. Most of the songs we’ve written with a drum fill that fits with the song to start it off, then we’re good. Or we start with a four click count in. Then there’s a hi-hat pedal that goes in where there aren’t any drums. It means we can start expanding the show so we can end up with programmed lights as well. It also means we’ve got electro drums as well as proper recorded drums to give it a bit of variation.”

Felicia: “We’ve got bassy, more funky parts, and then it can go really heavy. What it does mean for us is that if we fuck up, it’s completely fucked. But if we don’t fuck up it sounds as tight as a machine because the drummer is a little digital person who can’t go off with his girlfriend or get distracted. I lay down the foundations, Rick takes the drums and adds a bit more. Because he’s written those parts, his guitars, his synths, we just know (the music). I sometimes think is he going to come in on time but he’s a great guitarist.”

So if you fuck up the track just keeps going. What you really need is for AI to get to the point where the machine stops and just announces that the humans have fucked it up and then asks you to start again while apologising to the audience.

Rick: “That would certainly be useful. Just a robot voice saying you’ve fucked up.”

Things have moved on for you as a unit. You’ve had a name change and all kind of other stuff has happened. There’s been a change in style. What brought that about?

Felicia: “It’s been a long time coming. For trans people or people with a different gender it’s hard to make those first steps to truly go for it. The last band had a grungy sound but I wanted to take it to the next level and put some metal in there, and grime, a whole bunch of shit. That’s what we’ve got now. I had a good following before but it didn’t feel right. I’ve made massive efforts to cut that previous band off, and it’s not been easy to do.”

Felicia: “The wigs were a temporary solution. My hair was just down below my ears and I wanted long hair. Most girls want to have nice long hair so I started with the wigs while secretly growing it underneath. I could finally get rid of the wig because, you know, it’s not good for a girl’s confidence.”

Presumably it was quite difficult on stage as well?

Felicia: “It was a nightmare. I know it doesn’t look real and a woman’s hair is important to her.”

New music wise have you got anything you have recorded? Are you in the process of recording?

Rick: “We’ve recorded guitars, bass and drums for most of a small album. We’ve only got vocals to go. It’s so useful producing everything in house because we can pick and choose what we use to play live, what we can add to the live show and what will work better in an album setting. It’s good to have that room.”

So what you will hear on the album drums and synth wise, although it will sound the same live there will be differences simply because of the production methods used to produce the music?

Rick: “Yes, and there will be sections where we play live that won’t be the same on the CD because we might extend a bit. So if we get a big crowd and everyone is into it we might have two versions of a track, one with an extended section in the middle where we can rev the crowd up and milk it a bit.”

How does that work between you queuing?  How would you all know which version you’re going for?

Felicia: “Well we haven’t actually put that into practice yet, so we’ll wait and see. Just a nod to each other I suppose. It’s so easy for it to all go wrong using backing music with less experienced musicians. But I’ve done this with Rick and Tom a few times now and I wish I’d done this from the start. I love live drums but the thing is you’ve got to get a really good drummer in order to keep that tempo steady. My music relies on that steady punch. Our little digital prisoner has no choice. He plays the same every time, he doesn’t go off with his bird and he doesn’t get too pissed up. He’s confined in our little machine.”

Digital prisoner! You can imagine a little imp looking out of the back holding on to some tiny bars. So, gigs wise have you got anything lined up after Messtival? Anything for 2022 at all yet?

Felicia: “We’ve got a couple in November. Percy’s at Whitchurch and the Unicorn in Camden. It’s always been a dream of mine to play London.”

Rick: “We really wanted to get a couple of shows in to test this stuff out and make sure it all works live and iron out any kinks. Then in 2022 play a lot more gigs.”

Interview and photo by Gary Trueman 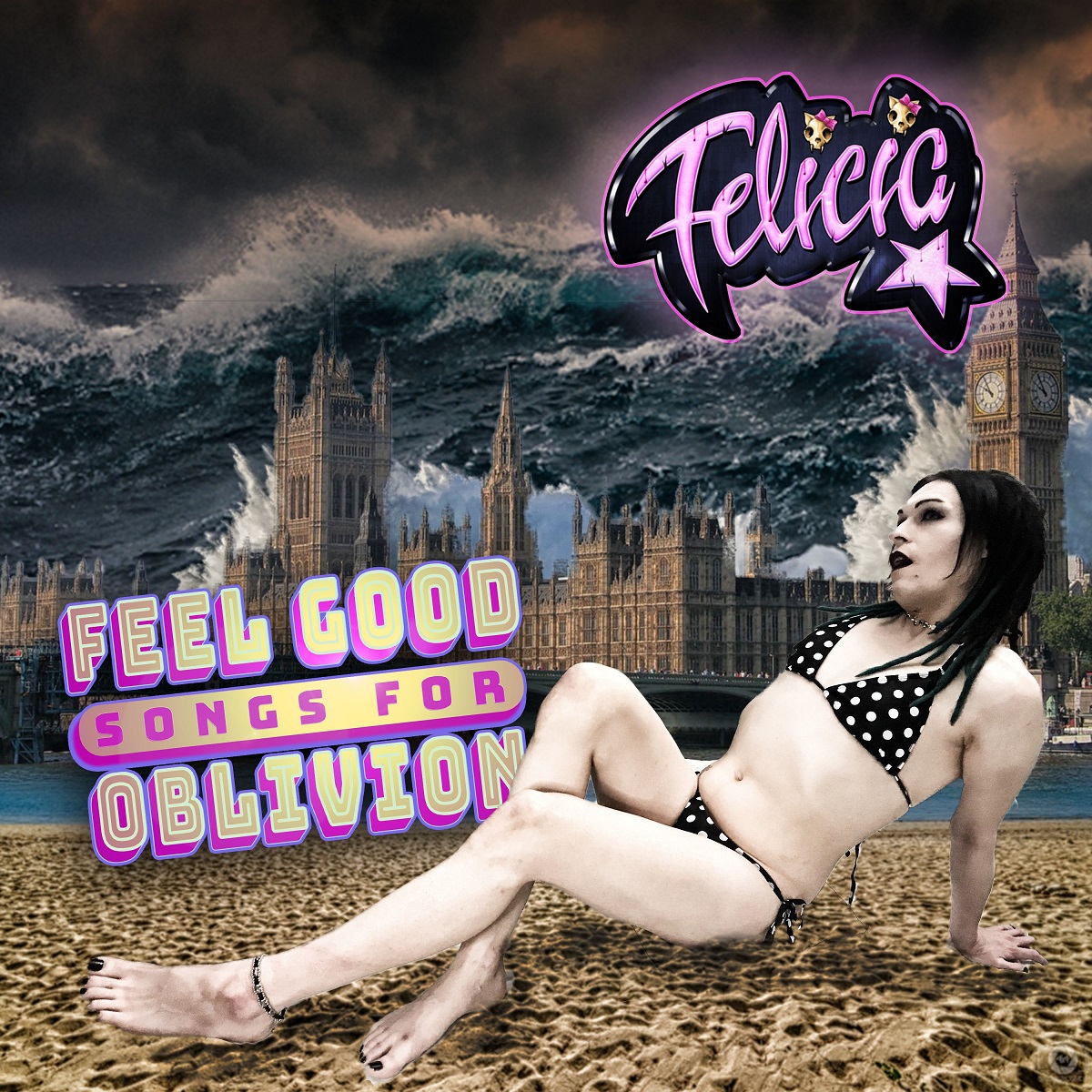 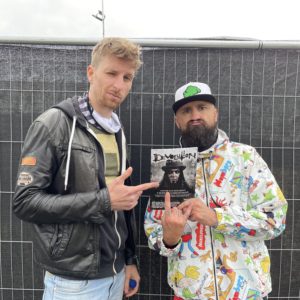 They’re one of the hardest working bands today and have a huge following. Mark Bestford chatted to Baz and Adam from Massive...
Copyright 2017 Devolution Magazine. All Right Reserved.
Back to top