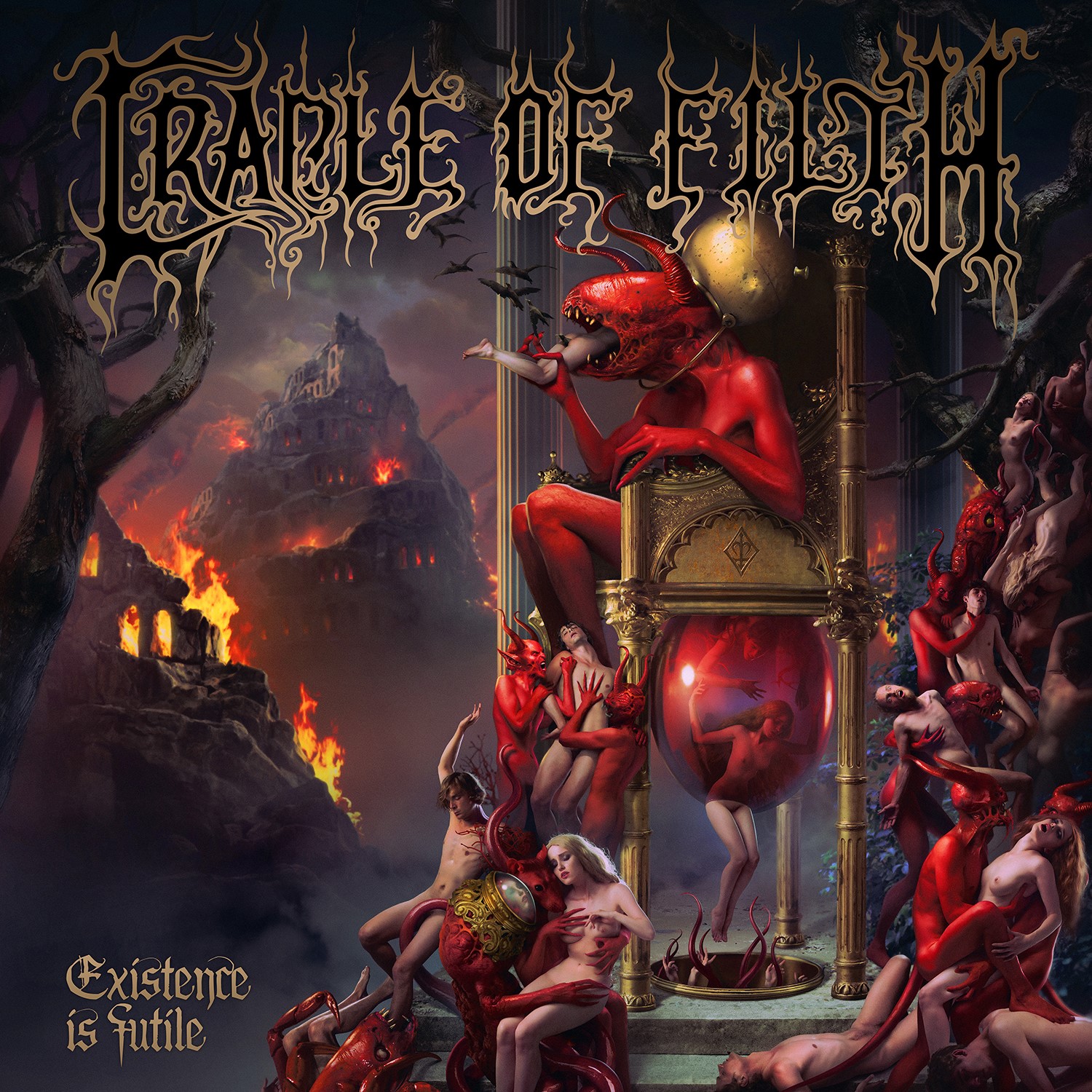 Belched from Hell’s depths into the rustic charms of the Witch County, Suffolk, thirty long and disturbing years ago, Cradle Of Filth are undisputed giants of the heavy metal realm. Imperious purveyors of a perennially unique strain of dark, dastardly and willfully extreme metal, with deep roots in the worlds of gothic horror and occult curiosity, the band led by Dani Filth has weathered three decades of tumult and trial, earning a formidable reputation as both a singular creative force and one of the most riotously entertaining live bands the metal world has ever produced.

Now the gates of hell have finally opened up again, to reveal the band’s 13th manifesto, recorded during the lockdown periods of 2020 and entitled Existence Is Futile (out 22nd October). Pieced together in isolation, at Grindstone Studios in Suffolk with studio guru Scott Atkins (Devilment/Benediction/Vader), the band’s latest chef-d’oeuvre is a pitch-black, perverse and at times absurdly brutal and extreme masterpiece following a truly nihilistic concept:

“The album is about existentialism, existential dread and fear of the unknown,” front man Dani Filth explains. “The concept wasn’t created by the pandemic. We’d written it long before that began, but the pandemic is the tip of the cotton-bud as far as the way the world is headed, you know? I guess the title, Existence Is Futile, does sound a little morbid. But again, it’s more about recognising that truth and saying that everything is permitted because nothing really matters, which mimics the occultist Aleister Crowley’s maxim. We all know we’re going to die, so we might as well indulge life while we possess it. The final track on the album – ‘Us, Dark, Invincible‘ – really drives that point home. Also, the artwork for this record was created by the Latvian visionary Arthur Berzinsh, who also dressed the last two albums, and that reeks of the exceedingly beautiful yet apocalyptic too.”

Diehard fans will be thrilled to learn that horror icon Doug ‘Pinhead’ Bradley makes a welcome return to the Cradle fold, lending his dulcet tones to the band’s most politically astute song to date, the epic ‘Suffer Our Dominion‘ as well as the album bonus track ‘Sisters Of The Mist‘, which is the conclusion to the ‘Her Ghost In The Fog‘ trilogy that started over 20 years ago on the infamous and classic Midian.

Yet today, the hellhounds from Suffolk will reveal one of their most brutal tracks on the new album, accompanied by an infernal music video directed by Vicente Cordero. Poison your eyes and ears with Cradle Of Filth‘s latest Lovecraftian anthem and evoke the ‘Crawling King Chaos‘ here: https://youtu.be/Wks1aBh49sQ

The album pre-order starts on this fateful day, so reserve your copy or pre-save the album via this link: https://bfan.link/existence-is-futile.ema

Existence Is Futile will be available in the following formats: 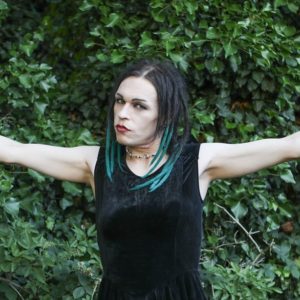 Felicia is a bit of an enigma. She’s a person and a band. Musically you get a metal, sleaze rock, grunge and punk cocktail....
Copyright 2017 Devolution Magazine. All Right Reserved.
Back to top