Taking the DIY path for their entire career Malevolence have built a formidable reputation for delivering fierce live shows while also being a nice bunch of lads off stage. The Sheffield crew were a massive hit playing the Sunday at the Download pilot festival.  Gary Trueman chatted with (three of) the band about their nearly recorded new album and the setting up of a new band HQ 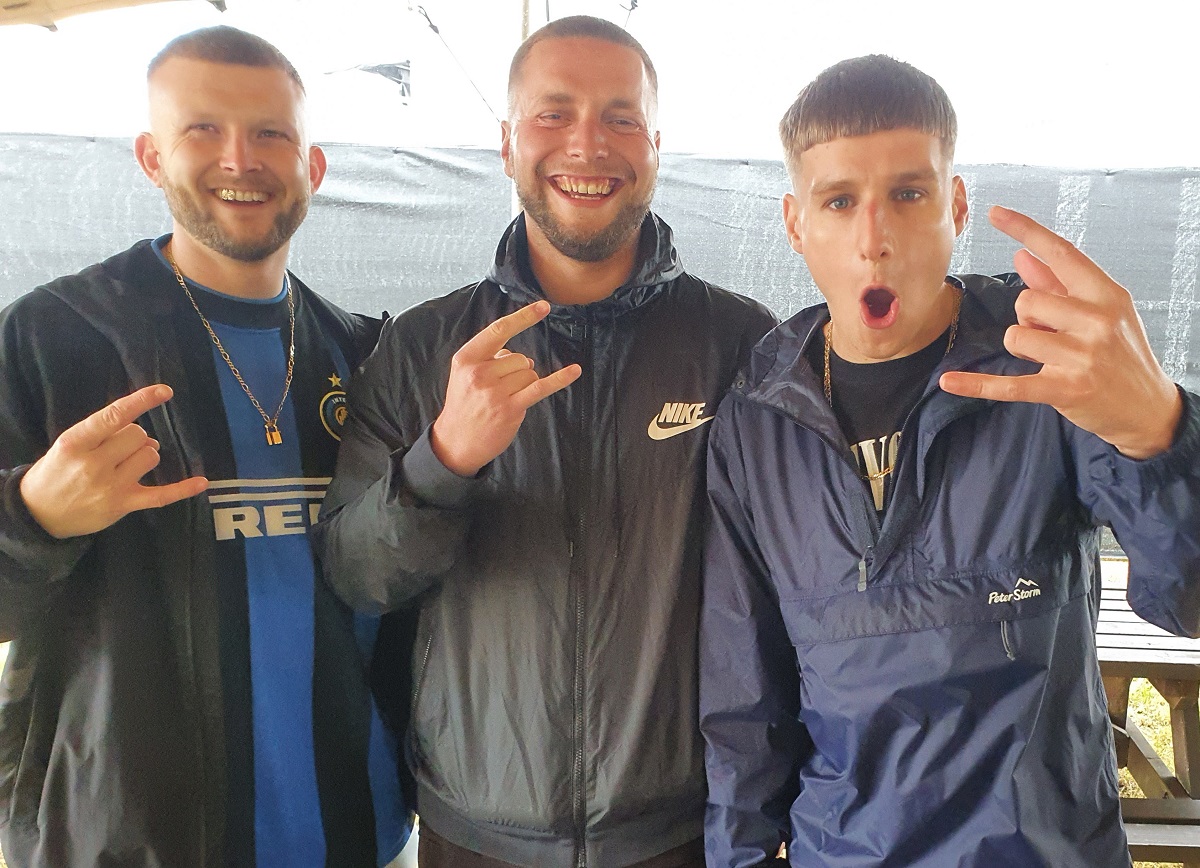 So how did you guys get the call for this?

“We initially got the call from our friend Kam who books the bands for Live Nation. We think it was just a case that he hit us up and wanted us on and we were obviously more than willing. We knew from the start we wanted to be a part of it because it’s a massive step forward for the UK music industry. We were never going to say no.”

All the bands that are playing are UK bands. Do you think that’s a really good showcase to show the level of talent we have here?

“Yes. We feel it just never would have happened if it wasn’t for the circumstances. You never see a festival with only UK bands and it’s really cool to see it. It’s a nice celebration of what we’ve got going on here.”

Were you guys able to work on new material over lockdown?

“Without any live shows it was a nightmare. We used the time to write. It gave us a good chance to get ahead of the game really. We’ve got a full album written and we’ve almost finished recording it now. We just kept busy and got it done. We’ve set up a Malevolence headquarters as well. We have a warehouse space where we’ve built a studio and a practice room and where we can do our merch from and stuff like that.”

That’s very cool. You’re obviously very much a DIY band doing as much as you can yourselves. So how did this space come about? Is it a rental?

“Yeah, it’s a rental space. Also we have our own label which we release our own music on. So we needed somewhere to run that from. There’s a collaboration of a few other little projects going on in there. Our guitar player makes motorbikes, so he has his space in there. And we have a little gym in there too.”

Do you think with the way music has gone in the last few years with streaming and digitisation from what it used to be with record labels, it’s opened things up a lot for bands like yourselves to be heard?

“Absolutely. There’s more potential for bands to take that DIY route. We are testament to that. In this day and age it’s a lot easier for bands to get hands on. It there are people that are into your music and you have an Instagram account, then there’s nothing to stop you reaching them. It wasn’t the same 20 or 30 years ago when everything had to go through record stores and magazines.”

You guys put out an EP called The Other Side last April  which almost coincided with lockdown. You got it recorded, mastered and released then you weren’t able to tour that new music. How did you feel about that?

“It was pretty scary releasing the music and not knowing when you’re going to be able to play the songs. But there was so much love and support for it that it took us aback a littler bit. Even filming the last music video we found it a bit of a challenge working it around Covid and lockdowns and stuff like that. It was a new challenge but we jumped straight into it. We weren’t able to tour which had a big impact on us but also because it landed on the first lockdown everyone was at home. Everyone was on YouTube and Spotify listening to music. All of a sudden everyone had time to check out new metal records. So we did get a lot of internet traffic which certainly helped. And the first single was called Keep Your Distance. We wrote and titled it pre-Covid. We had no idea that was going to be in every supermarket and on every bus stop. We wanted to get a photo of us in front of one of those motorway signs saying keep your distance to promote the single. We spent three hours driving on a motorway trying to find this sign. We got the photo. Two weeks later it was everywhere.” 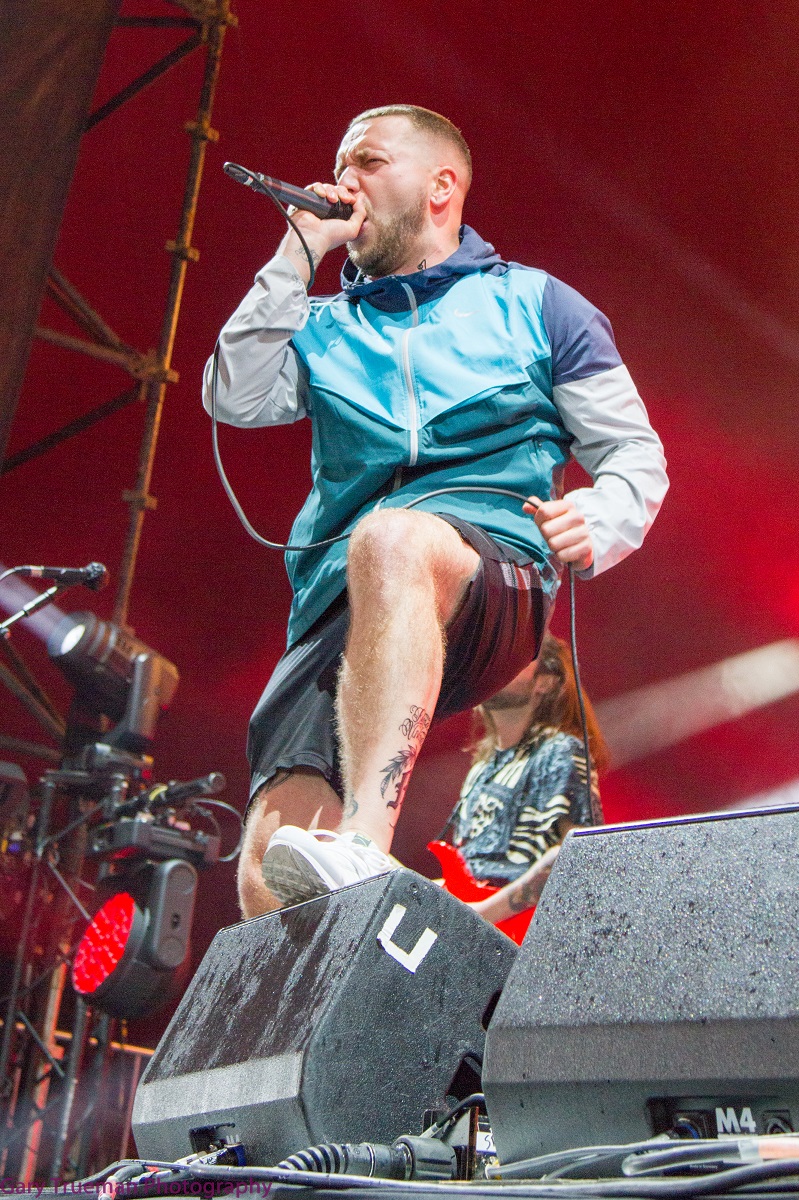 How far have you got with the new album?

We’ve got to the point of recording the vocals now. We’re a few songs in and getting towards the final stages. It’s sounding so huge.”

Have you got any plans touring wise or are you waiting a little longer?

“We’ve got Thy Art Is Murder planned for UK and Europe, playing support for them. That’s meant to be in November. Fingers crossed it all goes to plan. We have Slam Dunk festival as well which is supposed to be happening in September.”

You’re quite a heavy band for Slam Dunk?

“We are, but you know what we’re quite a heavy band for this festival too. We’ve listened to most of the bands on here and we’re one of the only ones with proper screaming and low tuned guitars.”

Do you think music is mixing a lot more? Maybe because people have access to more music and have more freedom, plus the genres are blurring too?

“ With rock music maybe. Not sure if there’s much rap at Download though is there? People in heavy music are more open minded now than they were when we first started out listening to it. People seem more open minded even down to the way people look. Years ago people would write bands off because of their clothes or hair, now no one gives a shit which is brilliant.”

You guys are Sheffield based. Who else local to you do you rate in your area?

“We’ve got Rough Justice. Our guitarist plays drums with Rough Justice. That’s a Sheffield hard core band. Everyone should check them out, but they’re as lazy as fuck and only do one gig a year haha. Obviously we’ve got Bring Me The Horizon, they’re big rock stars now so not really in the trenches with us. Def Leppard too, who are also not in the trenches with us. They’re out in LA”

We’ve been losing a lot of small venues recently. Have you got any good ones left in Sheffield?

“We’ve got one called Record Junkie which is just a record shop in Sheffield city centre. It’s about a 100 capacity venue. It’s a good little vibe, they just move all the records out of the way.”

We’re looking to get a Download pilot mix tape together so which songs would you chose to add to it?

“Gridiron are a hard core band from Detroit. We’d recommend Ain’t Turned Mine by Gridiron. We love that. Also Static Dress and Clean.”

What three items would someone need to place in a magic circle to summon Malevolence? 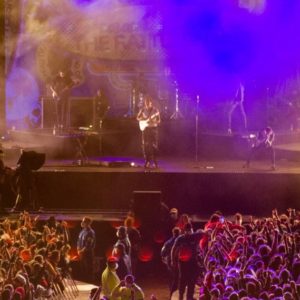 It’s been around 15 months since the Covid lockdown first scuppered live music events in the UK. In that time the industry...
Copyright 2017 Devolution Magazine. All Right Reserved.
Back to top