Pay no attention to that person behind the curtain. It’s just the point at which showbiz stops and reality becomes…. well…. real.  If you think all bands are wealthy rock stars being whisked about in limos, driving TV sets into swimming pools, then read no further. If you are actually on planet earth and wonder what goes on behind the scenes to create all those wonderful music videos that accompany them then this is for you. Devolution magazine teamed up with the fantastic Millie Manders And The Shutup during two days of filming to give an insight into just how a DIY band shoots a video. 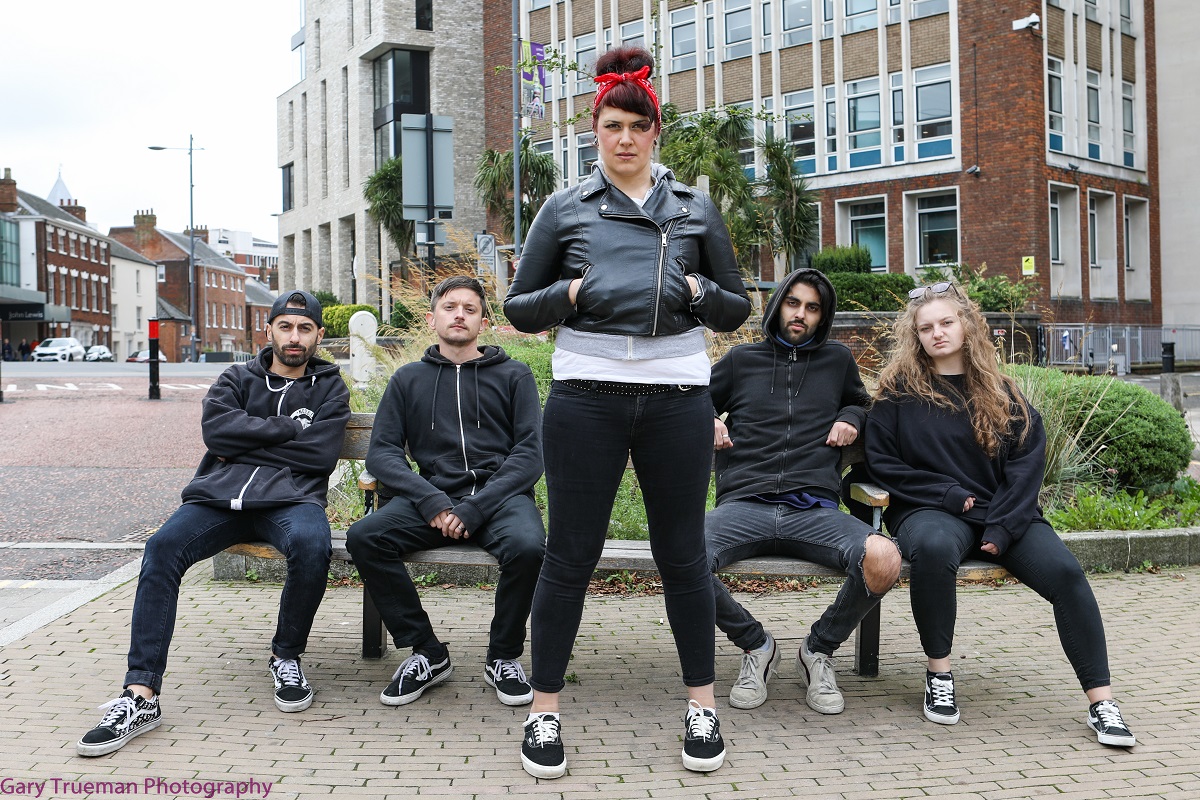 In this case MMATSU were attempting quite a feat. They were looking to shoot footage for not one but four music videos in the space of just 48 hours. And they were also looking to add in multiple mini photo shoots too. That’s a really tall order but it (almost) all worked out fine in the end. Running all the filming was Elliot Bobin Video Guy who is also editing and producing the videos. Devolution’s Gary Trueman was tasked with capturing the action shooting stills. 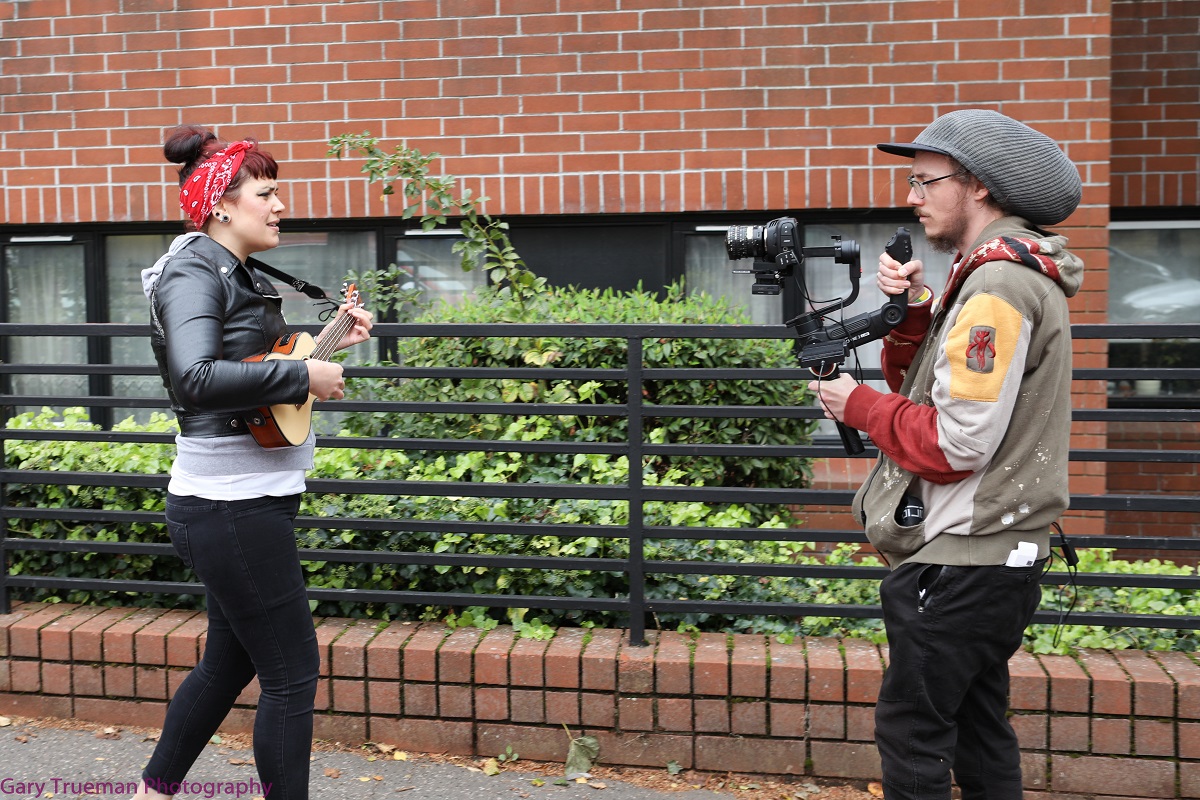 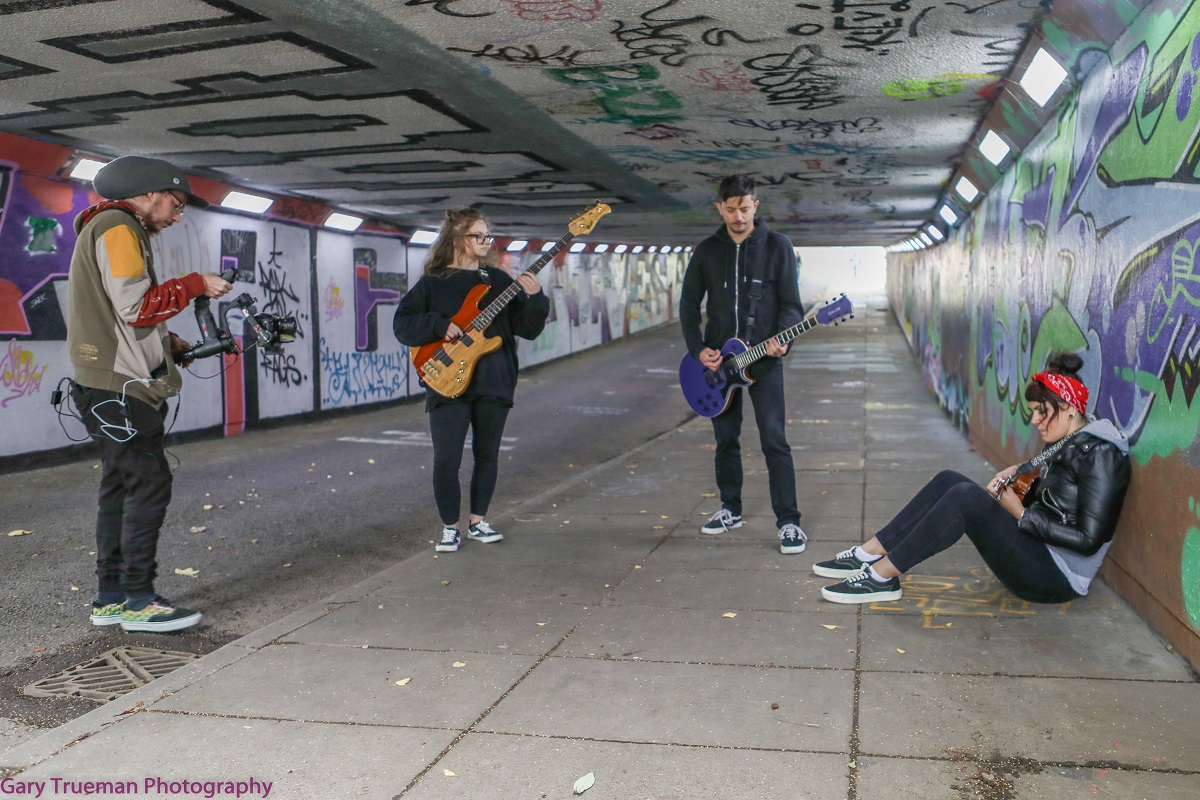 Creativity is often brought to the fore when you’re doing things on a tight budget. And working during the pandemic has set a new tier of challenges too. This though is where DIY acts like MMATSU come into their own. Day one saw the song ‘Poor Man’s Show’ getting the video treatment continuing a graffiti theme in a Norwich underpass started with earlier release ‘Bitter’. Filming continued around the city ending up at the market.  Lunch at Millie’s meant fusses with her cat Mattie, some record and drum head signing and then a trip to a caravan park near Lowestoft for shoot number two of the day for the song ‘Broken Record’. Filming for this centred on tour manager Jeff’s caravan. Inventiveness was high here with Alex drumming on pots and pans and Dom playing sax in the lavvy (it must be good for acoustics). James’ guitar work and George’s bass were shot in the master bedroom as was a section of Millie’s vocal.  Lookout for a nice twist here when the video is released. The lounge area saw the band in group mode. The day ended with Dom and Alex giving the caravan a thoroughly good tidying and hoovering… so much for rock and roll excess. 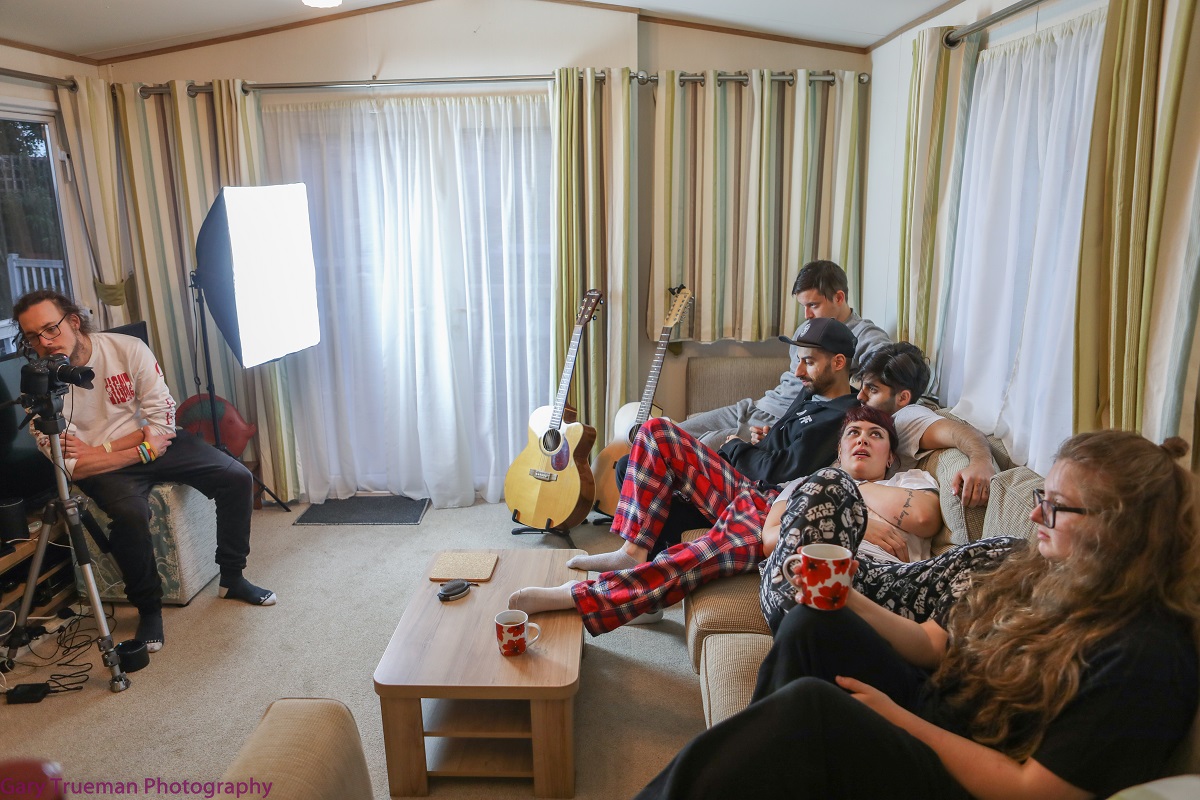 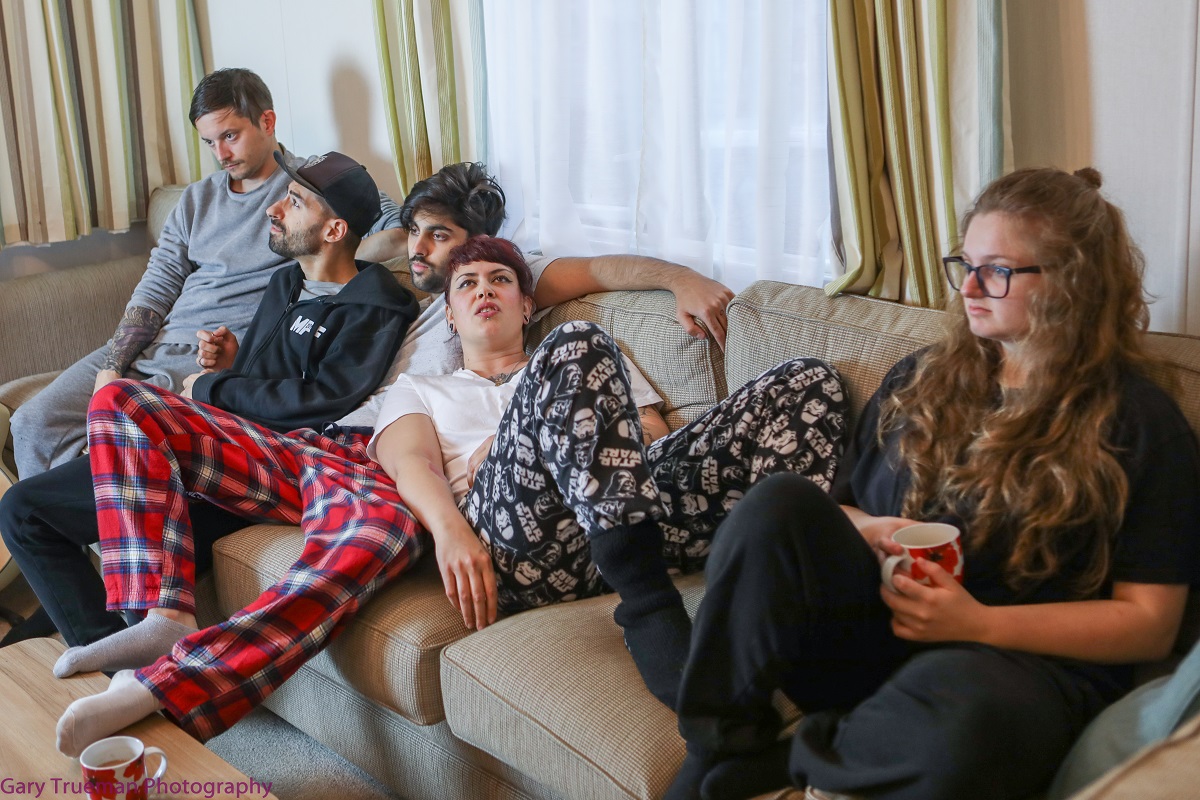 Day two saw heavy rain scupper any hope of  filming outdoors during the morning so a decision was taken to move on to Colchester for an indoor set at JoLi studios which boasts a fantastic infinity wall, perfect for filming the antics of a five piece band. One of the things which was by now apparent was the high level of organisation that had gone into these two days. It was astonishing to see how relaxed everyone was. Even when things weren’t going to plan the sheer determination and adaptability of everyone involved overcame any setbacks. As coordinator Millie must have been stressing internally but outwardly remained an oasis of unflappable calm, a general gently mashalling her troops. The song being shot was the punchy ‘Panic’. Expect some more surprises on this one but we’re not going to give the game away early. Recent video release ‘Burnout’ also has some content shot during these two days too. So footage for four videos was managed after all. And that’s a wrap, except for all the editing, synching and pondering over what goes in and what remains unseen. So remember to tip your hat to Elliot when you get to see these videos, he probably ended up with square eyes getting them finished. 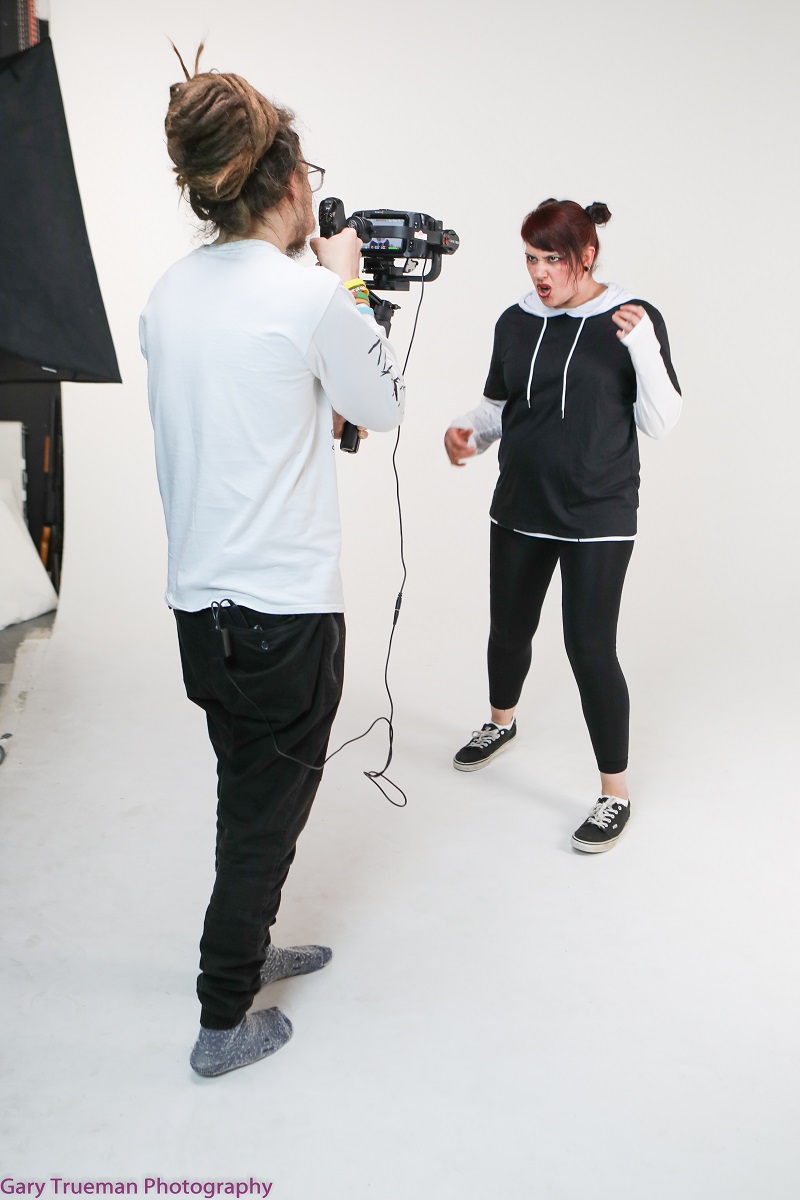 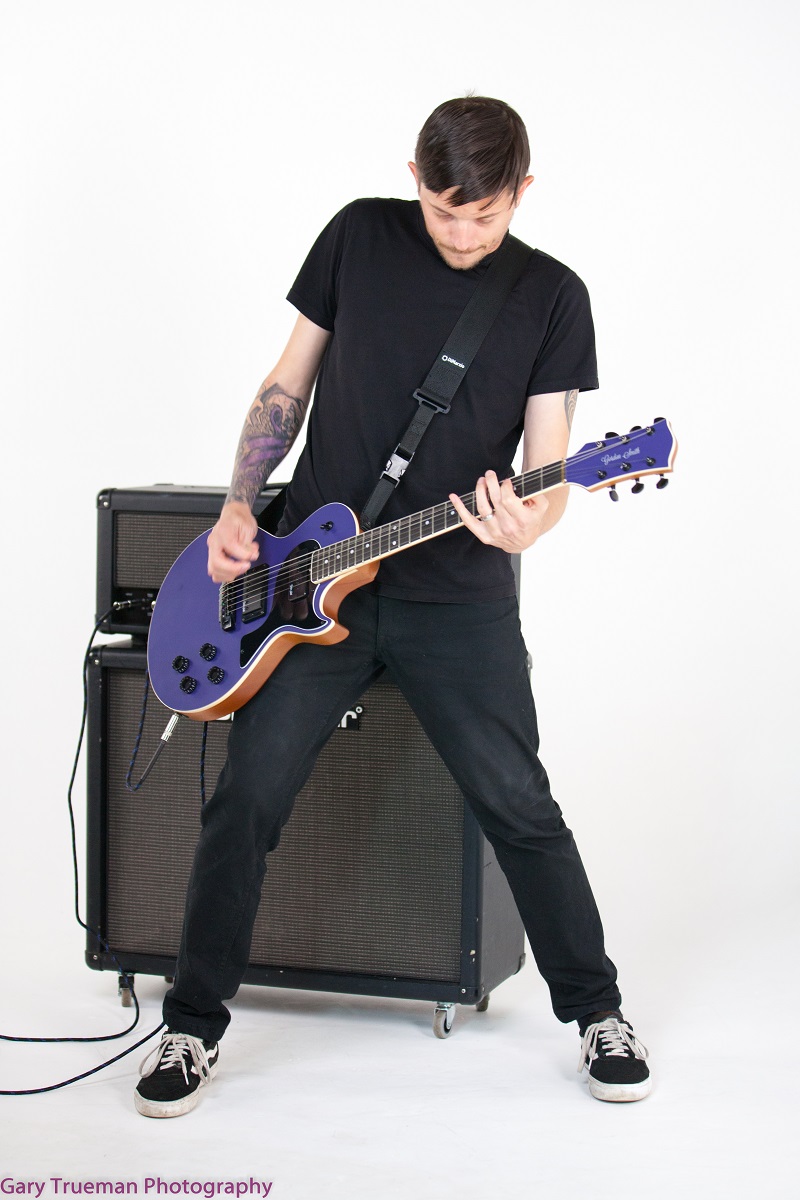 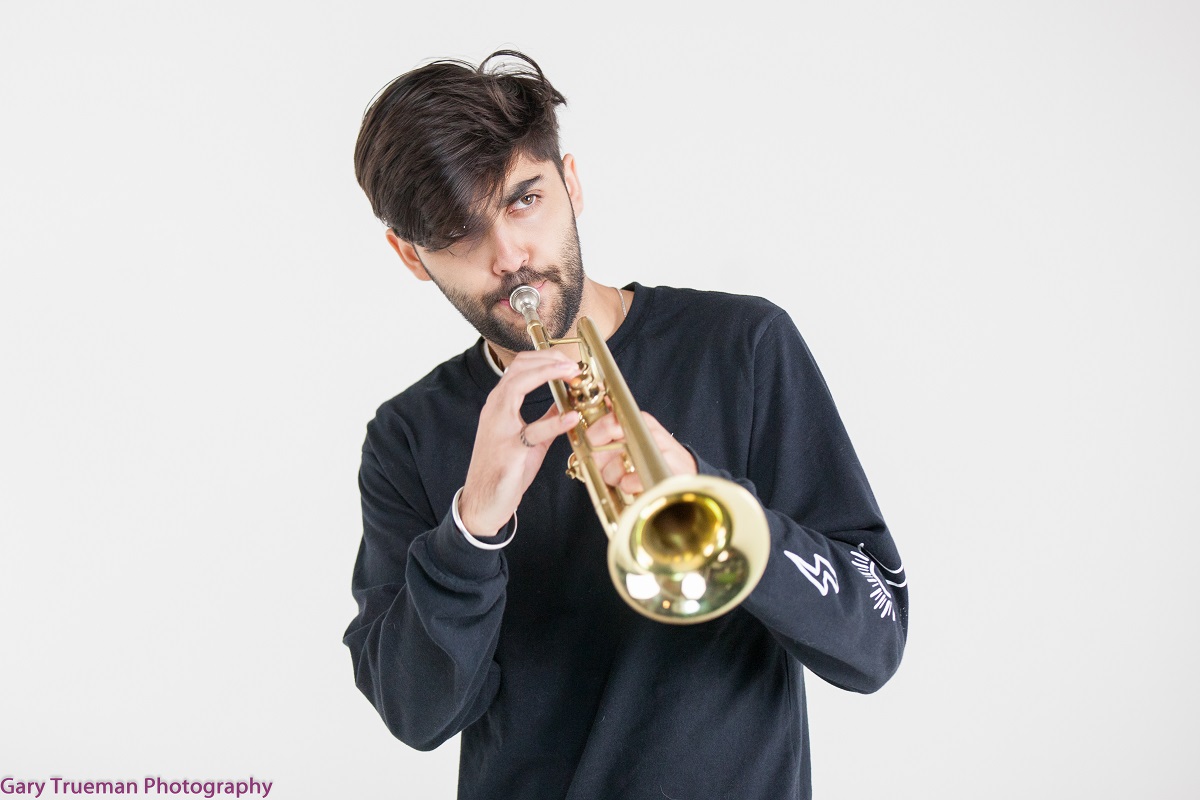 With Telling Truths, Breaking Ties already receiving critical acclaim and selling very well Millie Manders And The Shutup have enhanced their standing as the real deal musically. They had already built up a strong reputation as a must see live act. What this insightful couple of days showed is that the band along with Elliot and Jeff are the real deal as people too. We (and no doubt all the other many fans of the band) can’t wait to see those videos when they’re released. Let’s hope we’ll be seeing the band along with lots of others back on stage where they belong as soon as possible.

Millie Manders And The Shutup are: 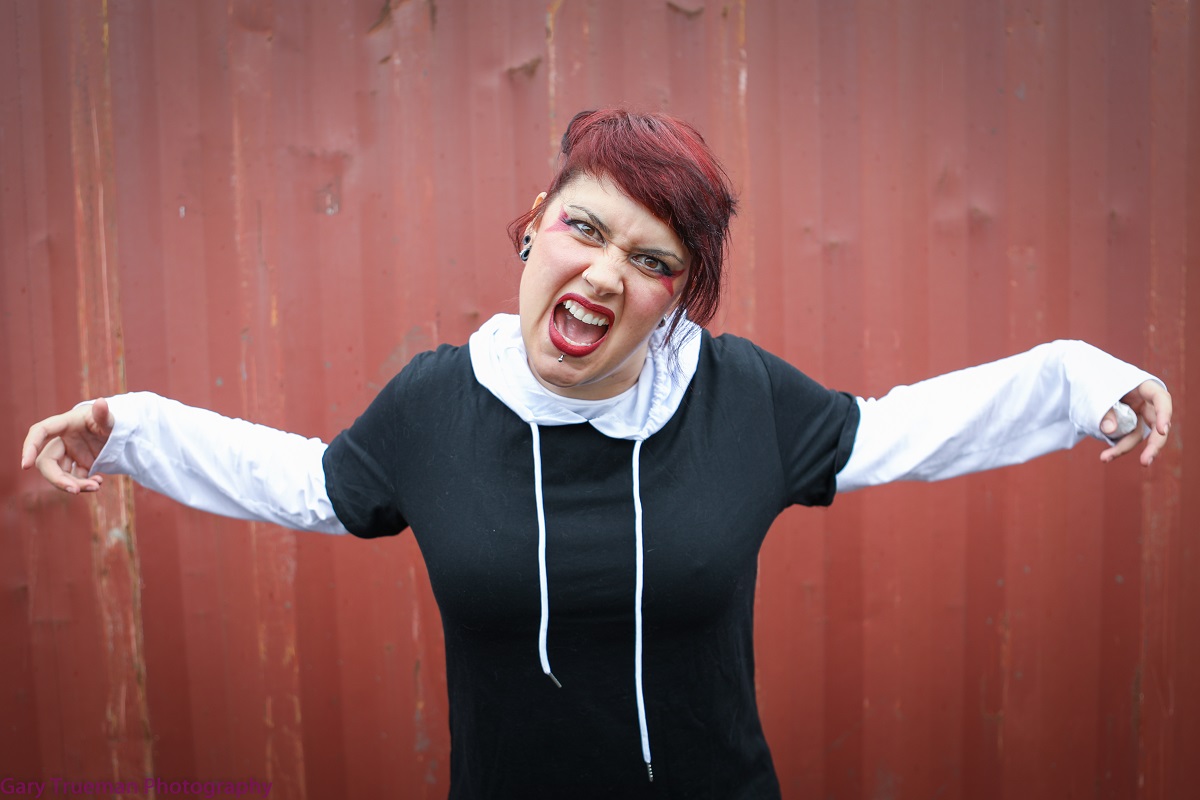 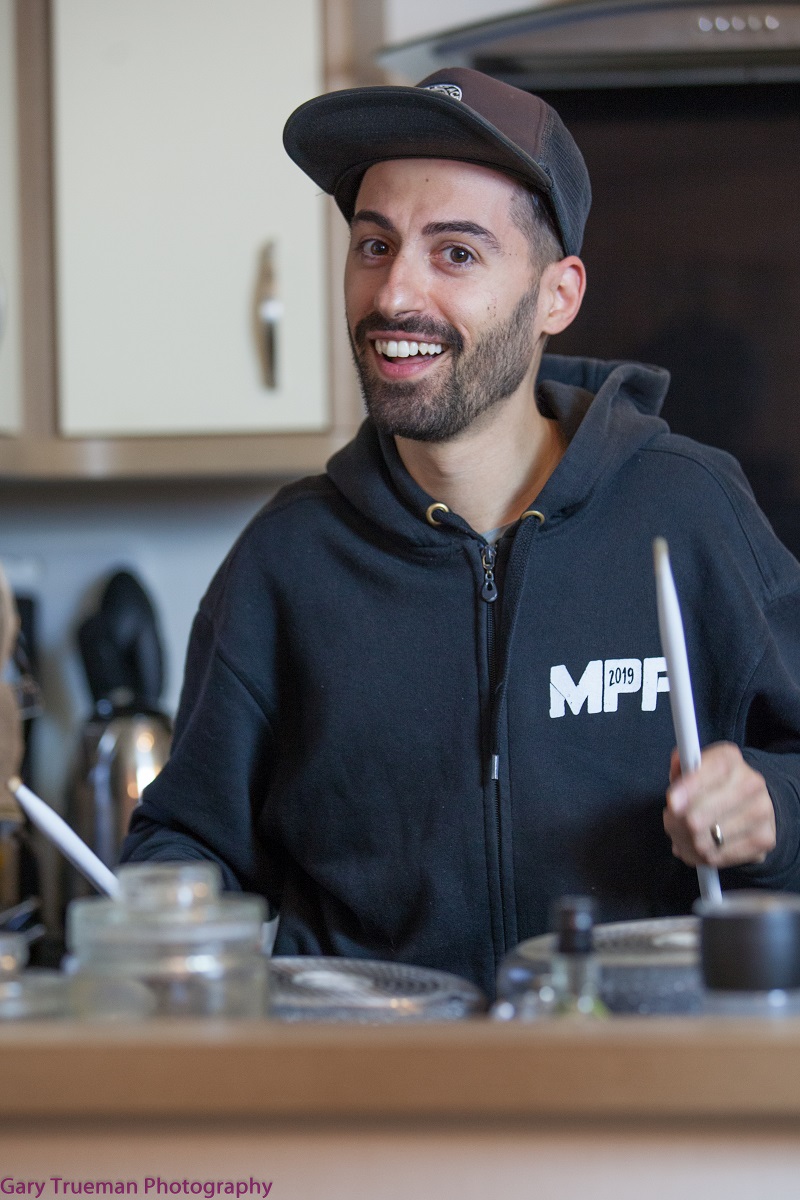 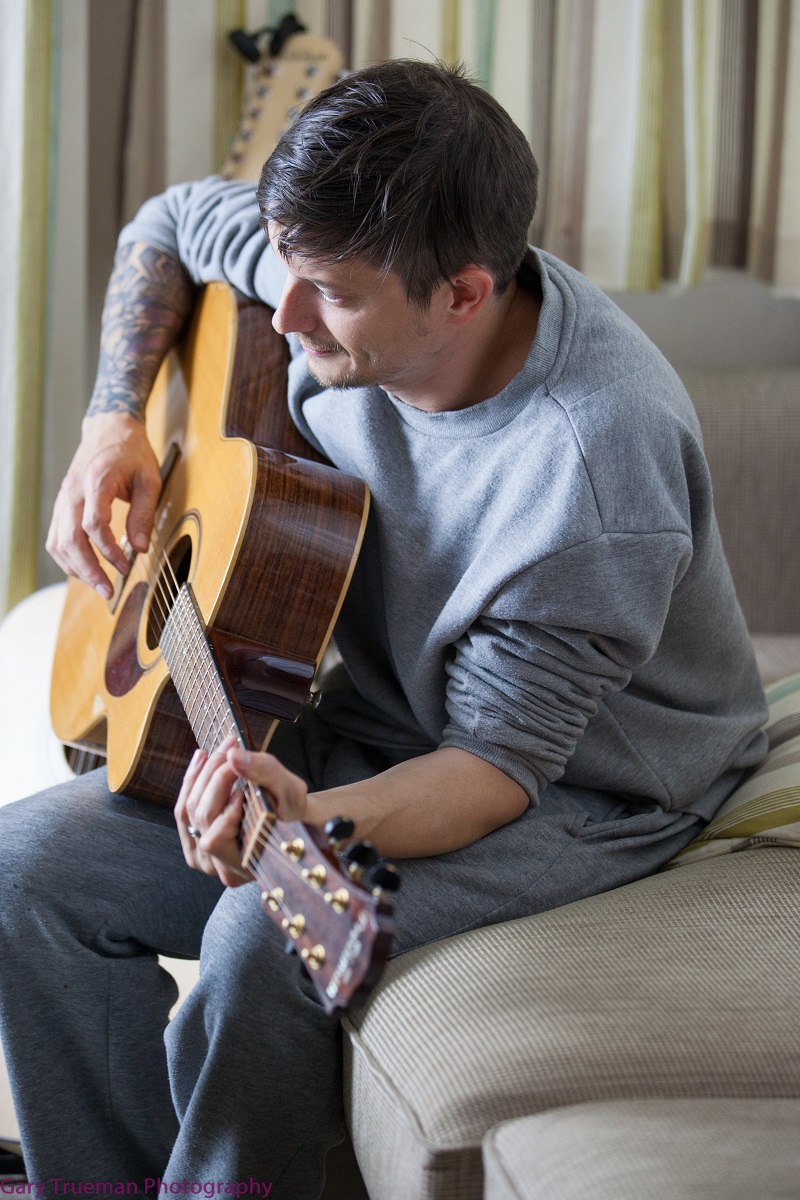 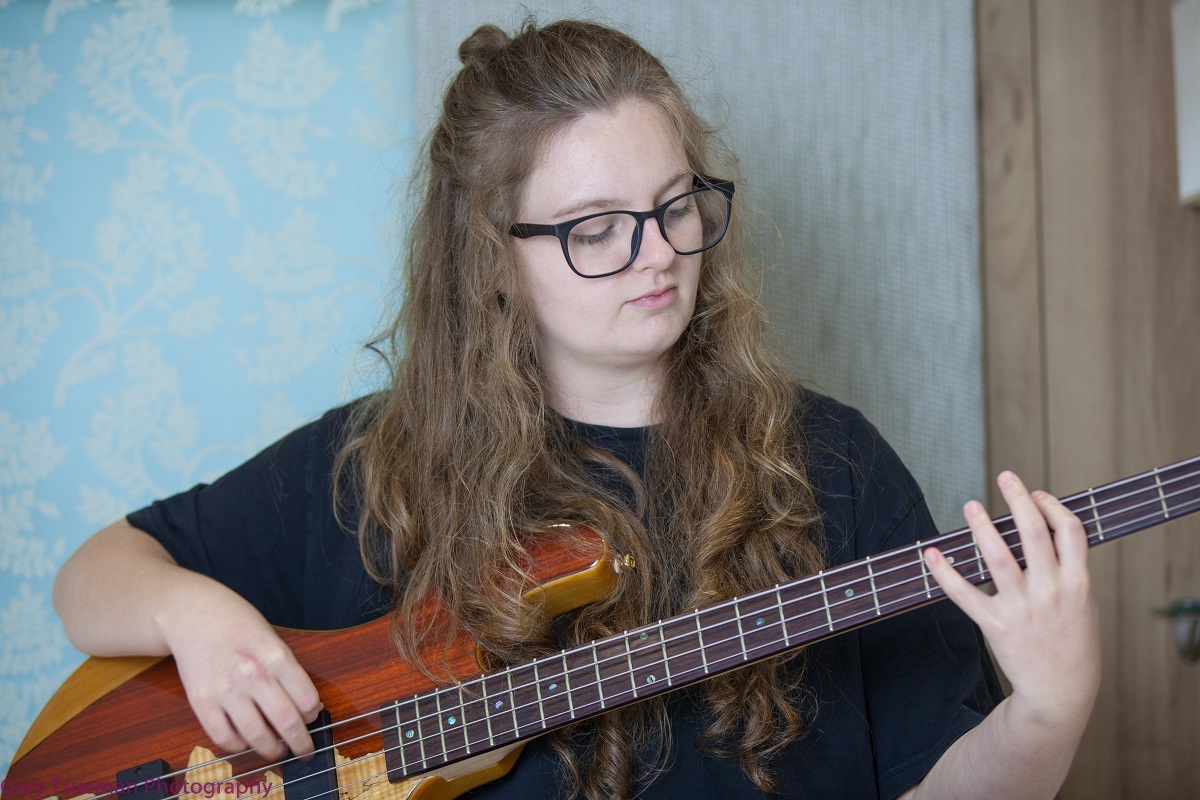 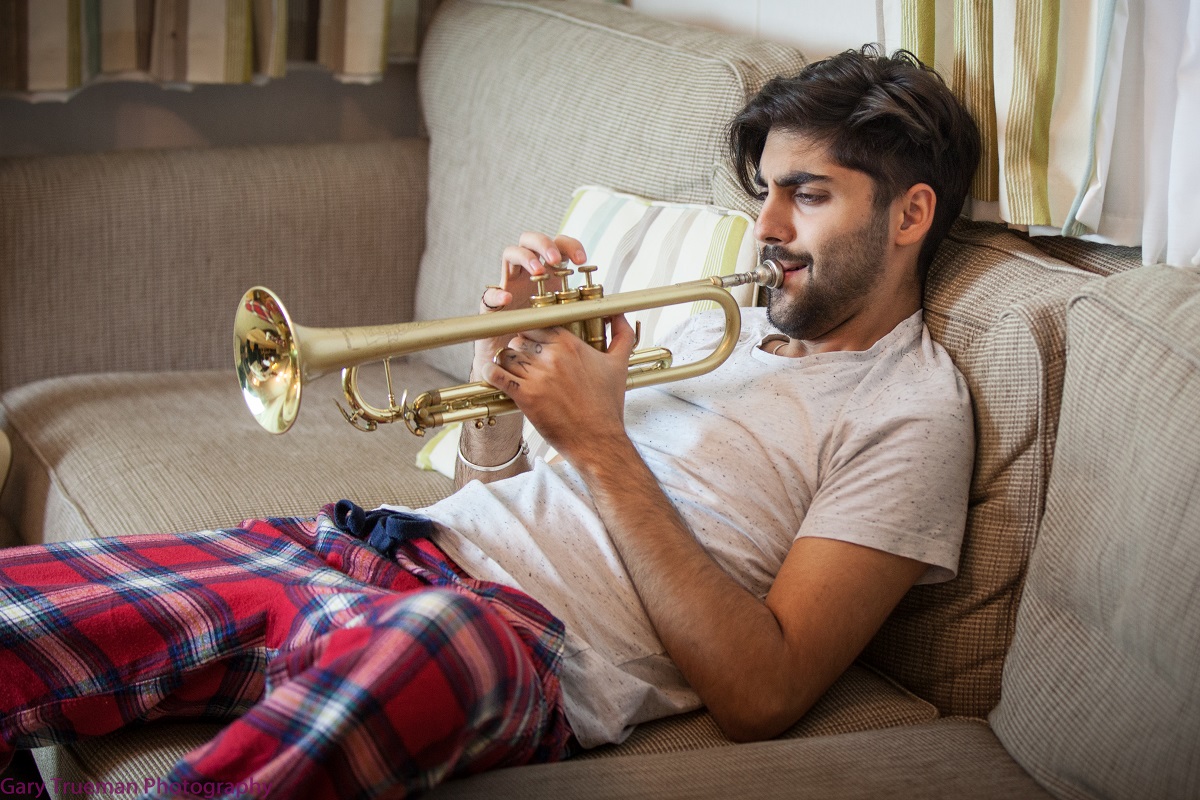 Feature and photos by Gary Trueman 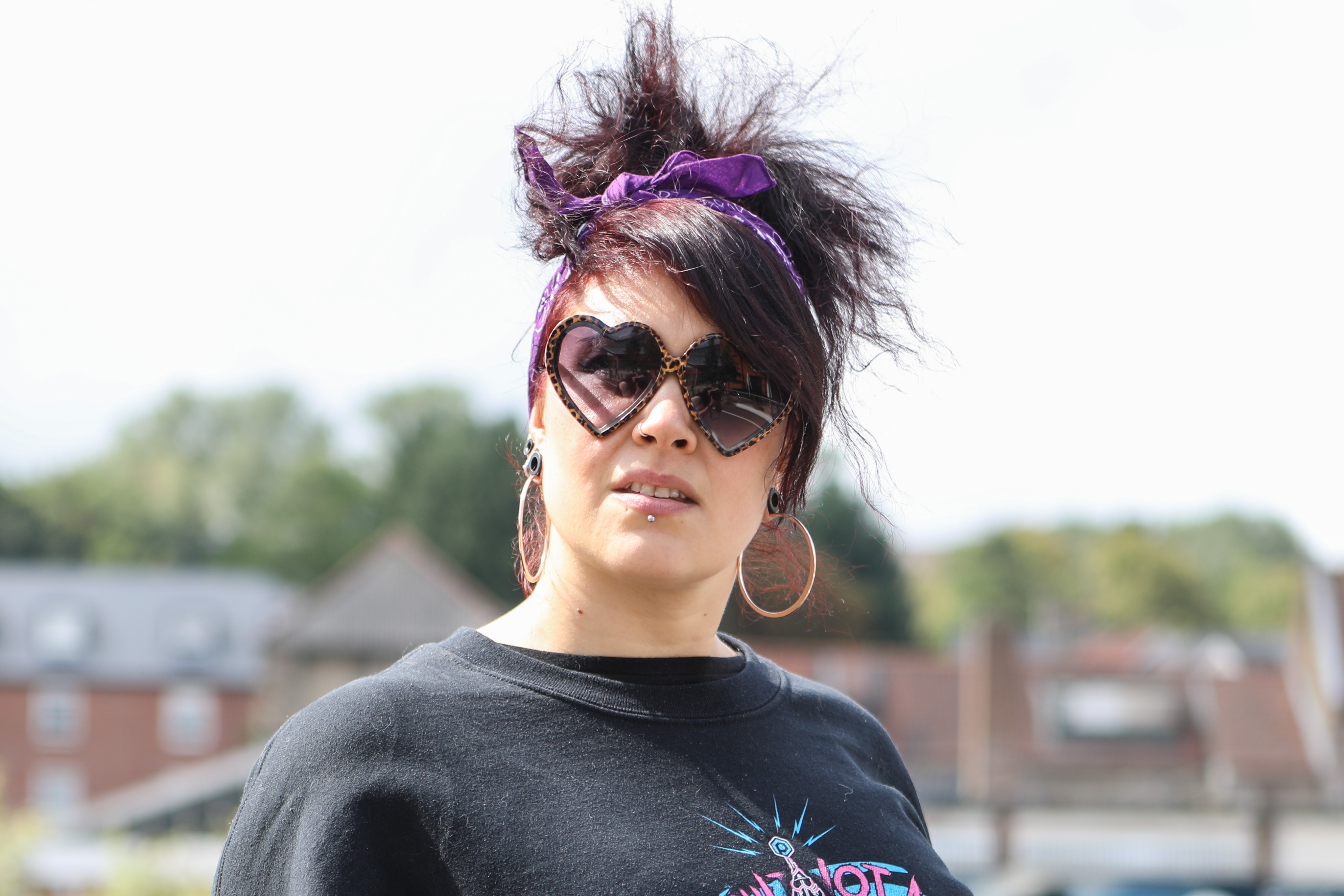 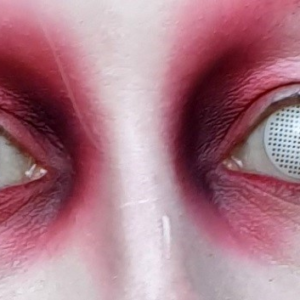 SFX Contact Lenses! Safety Tips! Halloween is the time of year to experiment with D.I.Y decorations and costumes. It is also...
Copyright 2017 Devolution Magazine. All Right Reserved.
Back to top