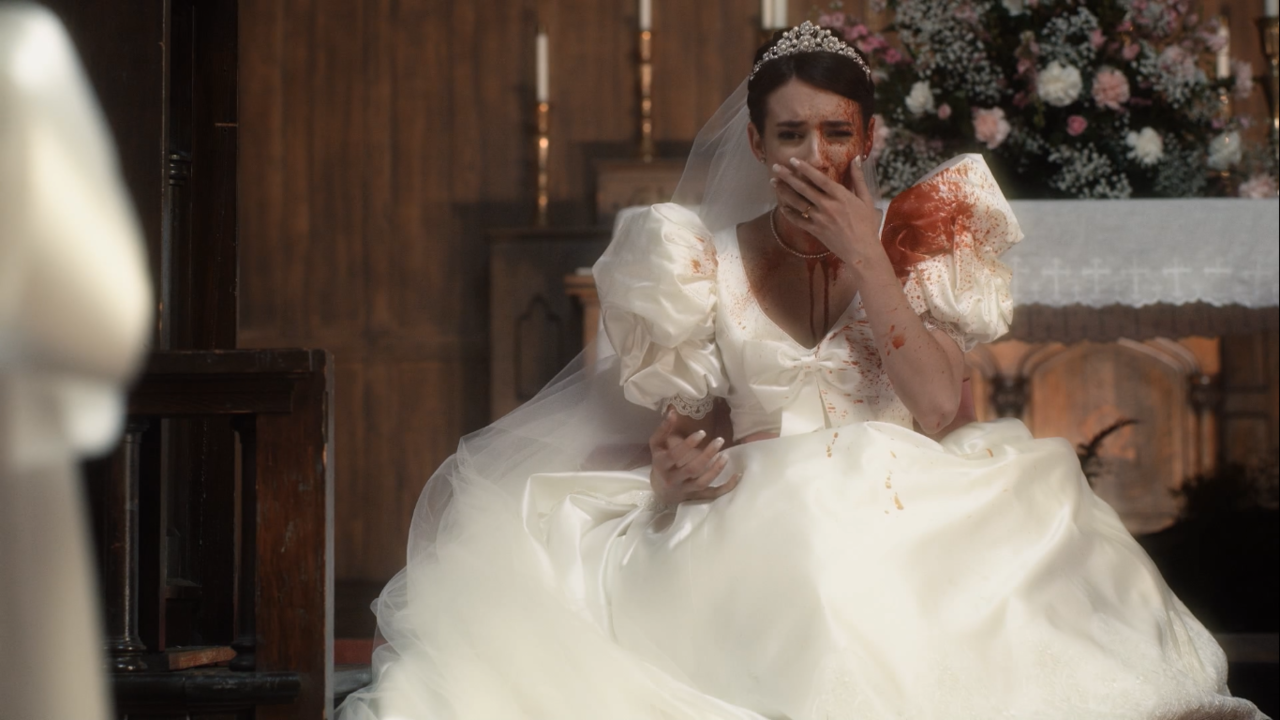 With the Camp Redwood family neatly unfolding their backstories in turn, it seems American Horror Story: 1984 is keeping close to the golden age of slashers to which it pays homage. While it’s evident Matthew Morrison has drastically matured since his days in Glee and blood stains don’t come out of shell suits that easily, the counsellors have almost as many issues in their respective pasts as they do in their collective future.

To any casual viewer of ‘80s-inspired horror, the revelation that the hitchhiker Jonas is in fact a looping spirit is a jaw-dropping realisation. To any American Horror Story veteran, however, it feels compulsory and traditional. Murder House, Coven, Hotel, Roanoke, Apocalypse – this anthology series thrives on time-bending obstacles. How far this concept stretches across Camp Redwood is another tangent: is leader Margaret Booth also in the same looping nightmare?

Another recurrent ordeal emerges for Brooke Thompson, and luckily for the music department Billy Idol’s sadly overused White Wedding falls within the chronological confines of this time period. Perhaps the most useful information to take from Brooke’s tragic flashback is that Emma Roberts is the first lady to pull off a sickly ‘80s puffball wedding dress since Jennifer Connelly in Labyrinth. As long as the series can survive without making a single reference to witches or Roberts’ Madison Montgomery, there is hope for 1984.

A hint of the skeletons hidden in the “serious actor” Xavier’s closet were present from the moment Cody Fern’s new guise hit screens. Regardless of his shady past, however, it’s clear the character has a far deeper conscience than that of his Apocalypse character Michael Langdon. Whether or not he can fathom and assuage his guilt over the death of ominous older man Blake is another tantalising trick up his pastel sleeves.

The mere image of Margaret Booth persuading Richard Ramirez to discontinue his killing spree may be one of the most memorable yet bizarre moments AHS have dared to air, but its spin on a true crime story might not be too farfetched. The Night Stalker notably kept his head down in the latter half of 1984 and his next recorded victim survived her ordeal in March 1985 – could this be a rare glimmer of factual continuity in the beloved outlandish series? SKYND’s electronic metal portrayal of Richard Ramirez (https://www.youtube.com/watch?v=5acxZzjYfMQ) confirms the killer’s reliance on Satanism as guidance, but Apocalypse’s Michael Langdon discovered Satan has little time to offer directions.

The traditional cheesy cliffhangers reign supreme, with a unison of banging doors and imminent threats concealed behind them in the episode’s closing moments — but at least everybody finally knows that Chet did those steroids.

Review: Cvlt Ov The Svn - Luna In The Sky Forever 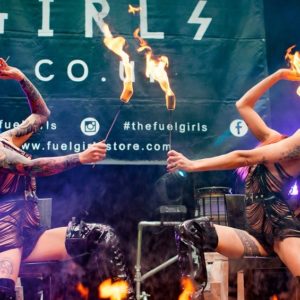 There’s a little bit of a milestone to celebrate this year as The International London Tattoo Convention reaches its 15th...
Copyright 2017 Devolution Magazine. All Right Reserved.
Back to top