News: Out of the Darkness…into the light – LondonEdge reveals a selection of Darkwear brands for SS19

With just one week to go until LondonEdge unleashes full force on their mini global tour of London and Las Vegas, it’s time to reveal the exhibitors! Running from 27th-28th January 2019 at the Business Design Centre in Islington, London UK and then flying straight out to the US for LondonEdge Las Vegas at the Alexis Park Resort and Exhibition Center, Las Vegas, Nevada on 5th-6th February 2019, the team are ready to seriously ROCK the globe with the offerings for SS19. So, who can you expect to see at epicentre of alternative and youth subculture this season for darkwear?

Fearless Apparel
Midlands based Fearless Illustration happily embraces the tagline of unapologetic apparel and proudly claims to define nonconformist individuality. Each & every piece is designed with unique detailing with hand-drawn illustrations in print. From angsty doodles to grungy accents and dark statements Fearless Apparel encourage their customer to wear their guts on their sleeve.

Sullen Clothing
Established in Huntington Beach, CA. early in 2001, Sullen began life heavily influenced by Southern California beach culture and tattoo inspired art. With a strong focus on ideals and practices of modern tattoo artists, Sullen evolved from a small group of art driven tattoo designers into a world renowned “Art Collective”. Priding themselves for bringing together like minded creatives and promoting new talent from all over the globe, Sullen are huge fans of tattoo inspired art. It’s in the DNA, in their drive and they hope that you enjoy their collection of ‘true art’.

Punk Rave
The ethos behind Punkrave is to create a style which is different from the traditional and give the new generation what they want, thus cultivating a new culture of alternative style. Established in 2006, PunkRave is heavily influenced by Japanese fashion trends such as gothic lolita dresses and more underground western fashion like punk style or gothic clothing.

Phaze
Phaze proudly celebrates 30 years of designing, retailing and wholesaling all aspects of alternative clothing and accessories! Phaze is based in the north of England where we have a full design studio and factory production. With designers who adapt to the ever-changing music and fashion scenes and create dynamic new styles relevant to the various cult movements of the times including: punk, gothic, rock, neon, fancy dress, PVC, gothic bride, pin-up, retro, polka dot, steampunk, and burlesque, all with quirky and unusual accessories.

Golden Steampunk
The Golden Steampunk clothing and accessory collections are inspired by the Imperial Victorian lifestyle of a bygone era. Creating romantic and beautifully detailed garments for the Neo Victorian Lady and the elegant Steampunk Dandy their emporium stock long flowing steampunk dresses, regal jackets, tops and skirts in rich brocades, dark velvets and luscious lace. Co-ordinated with a variety of accessories including gloves, steampunk parasols, feather trimmed hats, bustles and ruffles for the ladies, their designs have a beautiful eye for detail.  Offering a range of elegant tailored coats, fancy waistcoats with matching cravats, frilled shirts and high waisted trousers for gentleman, these can be teamed with their range of accessories will include plain and trimmed felt top hats, bowlers, gloves and goggles. Original fashion couture manufactured in the UK.

Belial Clothing
Belial Clothing was established in 2015 as, what they call, an unholy apparel & lifestyle brand. Based in Costa Rica they like to forge their own path and produce a wide range of gothic & occult mens and womens apparel.

Spin Doctor
The Spin Doctor brand was formed as a sister brand to the infamous Hell Bunny label. Created to cater for the steampunk market, the brand has since grown to cover a wider variety of styles from Gothic to Victorian.  Relatively new to the alternative scene, its presence is steadily growing. The Spin Doctor aesthetic is Victorian inspired steampunk with an anachronistic twist.  All the Spin Doctor prints are unique to Spin Doctor and are designed in-house by our team of designers.

Angry Itch
German footwear brand Angry Itch was created in 2012 with a vision to create a high quality brand with fashionable, comfortable and durable ranger boots in British design that were 100% made in EU. People loved the style and quality of the boots immediately, so they were encouraged to take the brand to the next level and introduced new styles in the following years. In Febuary 2016 they first exhibited here with us at LondonEdge and so our legacy together began…

Altercore
Independent footwear brand from Poland Altercore specialise in combat boots and alternative women’s footwear. Each pair of our shoes is made with to the highest quality with the use of best materials and traditional production methods, paying special attention to the quality of the shoes. Not a mass production line, Altercore employ the most skilled shoemakers who are not afraid of a challenge and who love to express their independence and individuality through their craft. The passion they have for the brand is what creates only the best in alternative footwear.

Spiral Direct
Spiral has been an established brand since 1990, offering dark and cutting-edge designs for the alternative fashion market. Always supplying unique and top quality artworks that cover everything from the hardcore Tribal to Gothic, Horror, Fantasy, Vintage and Fashion, not forgetting the magical Fairies and Dragons specially designed for the ladies, Spiral have it all from Demons from Hell to Angels in Heaven!

Sinister
Designed with passion, made with love, Sinister is fast become a recognised brand with an extensive collection of gothic clothing and accessories for women whom savour the finer things in life. Since its conception in 2000 the brand has built up a good reputation within the gothic scene worldwide. Known for its originality in gothic designs, with an eye for detail, this brand are pioneers in gothic fashion.

The next LondonEdge UK will run from 27th-28th January 2019 at The Business Design Centre, Islington London N1 and LondonEdge 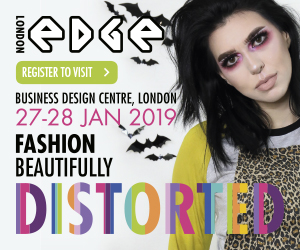 Rebecca Crow: "Be safe, always use your discretion."

News: Hands Off Gretel Announce New Album ‘I Want The World’ To Be Released March 29th Via Puke Pop Records 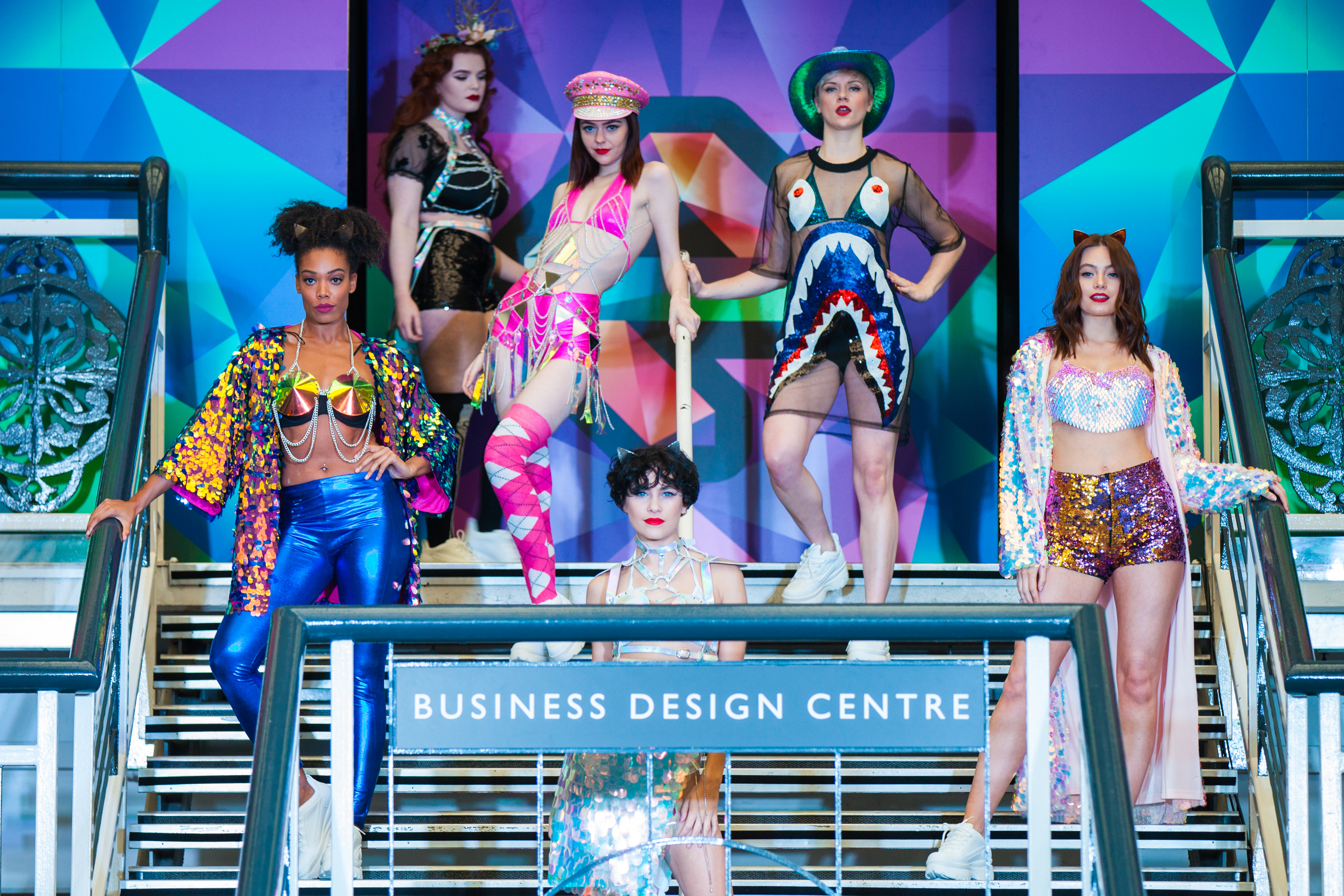 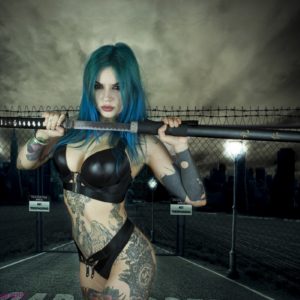 Rebecca Crow: "Be safe, always use your discretion."

Model safety is fast becoming a serious issue with regular cases of photographer malpractice being reported not to mention...
Copyright 2017 Devolution Magazine. All Right Reserved.
Back to top