Rebecca Crow: “Be safe, always use your discretion.”

Model safety is fast becoming a serious issue with regular cases of photographer malpractice being reported not to mention the obvious risks involved in travelling alone to and from assignments. This is an issue almost exclusively particular to young female models although we would of course recognise that some of the safety measures discussed would apply to any gender. While the vast majority of photographers are decent and respectable the profession does have a few who tarnish the image of many. Rebecca Crow is one of the best known alternative models in the UK. She chatted to Devolution photographer Gary Trueman about modelling basics, ground rules and how to stay as safe as possible. 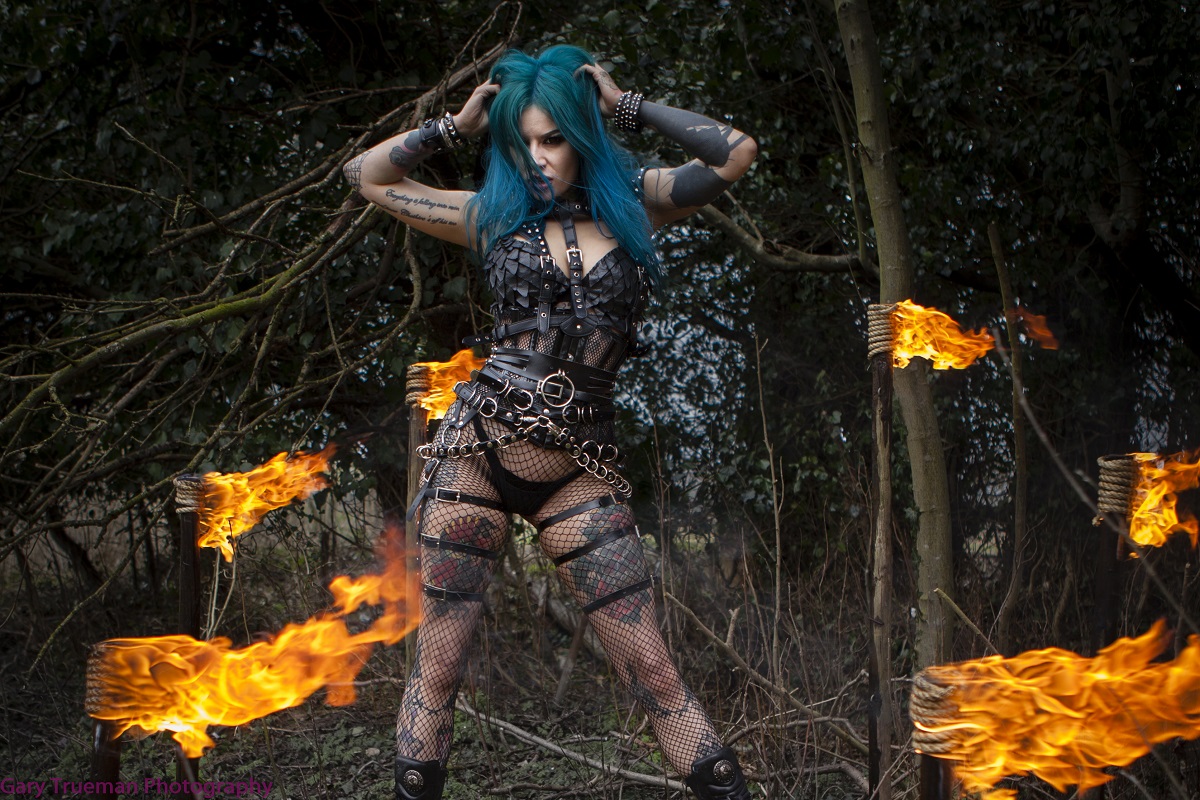 So let’s talk about the basics first of all and modelling and levels, what they are and what they mean.

“Well everyone is different and everyone is comfortable with different things. So the levels are clothed (typically fashion) and then you go for the lingerie which is just lingerie. Then you have implied topless which is topless no nipples. It’s a kind of a burlesque level.  Then you can go for topless which is more glamour photography and stuff like that.  Then you have implied nude which is sometimes bum shots or side on nude. Then you get fully nude.  And then you get open leg. It’s totally up to the model what they are comfortable with. Some models will work to different levels with different people. It’s important to stress you don’t have to be a certain type of model. If you go for one level at one point you can chop and change at any time you want.”

So it’s perfectly acceptable for the model to choose which photographers she works to which levels with?

“Absolutely. It comes down to a very basic thing which is consent. You can withdraw your consent at any time as well if you’re at a photo shoot and you feel uncomfortable and you want to change your level all you have to do is say that and the photographer has to respect that. It’s your body, it’s your choice.”

One of the most common things you hear about are photographers who will get a model in and then try to push levels. How is the best way to deal with that?

“This is something I hear so often and it makes me so sad.  A lot of young girls want to make the best of a situation and a lot of the time photographers will frame what they are saying in a way that isn’t pushy.  They say they think this or that will look great or I did this with this person so would you be happy doing it and frankly it’s always a difficult situation to be in because you don’t want to compromise how good the shoot is.  But also you don’t want to compromise your safety or how comfortable you are. You just need to say I’m not comfortable with that and if they continue to push it then you need to put your foot down and say I’m not happy to continue to shoot if you’re not happy to respect my levels. It’s a two way street.”

A first shoot, one of the things that should be asked surely is can I bring a chaperone along? Now that doesn’t mean a model has to bring along a chaperone but asking that question when discussing a shoot with a new photographer must give of alarm bells if they say no?

“I think realistically there is no situation where you couldn’t allow for a chaperone. If someone straight up declines a chaperone and sometimes they do it in an aggressive way as well or a belittling way I think that’s a real red flag. If someone isn’t even open to a conversation about it then that’s a big red flag. You don’t necessarily need one if you know the photographer but it’s good to bring one. It’s good to have someone else’s input. Sometimes I can think that photographers might think boyfriends might intervene but realistically if that boyfriend is supporting his partner then it shouldn’t be a problem at all. I always ask about chaperones and stuff like snacks and transport just to see how willing the photographer is to make my life comfortable. Discussing the shoot before hand too so you’re not going into it blind.” 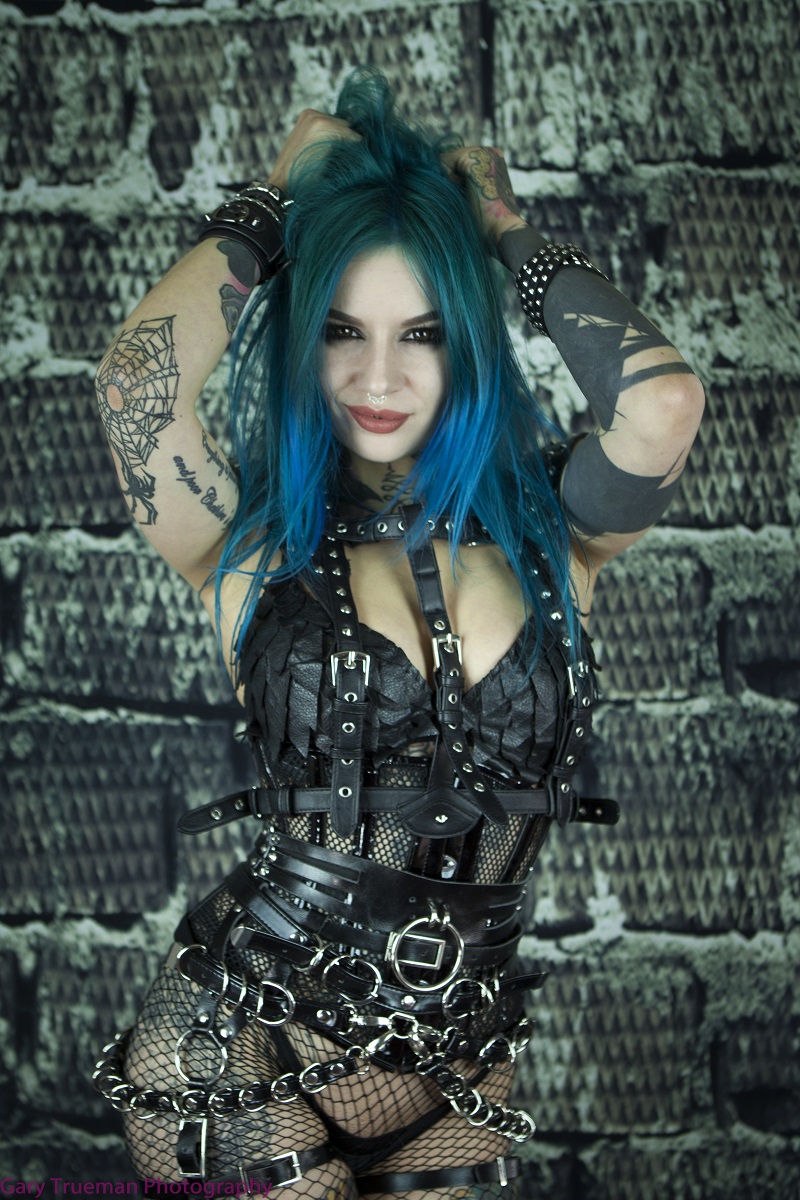 Say a model has had a bad experience with a photographer and they’ve pushed levels or they’ve got abusive or possibly worse which does happen but thankfully is very rare. What do you think is the appropriate action to take? Surely they’ve got be outed?

“I think that if somebody has done something that is against the law then they not only need to be outed but the model needs to go to the police because it’s only going to happen again. These people can’t be allowed to get away with this. It’s not acceptable, it’s 2018 for goodness sake. If you’ve been compromised in a way that maybe isn’t illegal but is morally objectionable I think it is really important to warn other people but it’s important in the way you do this. Sometimes blasting people on social media isn’t the best way but there are a lot of model groups for example, online, on Facebook, private groups you can go to that you can speak to and get their opinion and of necessary warn other girls.”

It’s important to recognise it’s not only older men that can push things or be pervs either.

“Absolutely, it can be anyone. Unfortunately there is a stereotype as there is a stereotype with any kind of industry. Be careful and don’t assume because it’s your mates mate who’s just come out of college that something won’t happen. Be safe, always use your discretion and agree stuff before hand.”

You need to think about being safe outside of the shoot too. Travel safety and making sure if you’re not travelling with a chaperone that people know where you are and when you’re expected.

“Always take care especially if you’re going alone and it’s not a place you’re familiar with. Always make sure somebody knows the route you’re taking and make sure you’re contactable at all times and your phone is charged. If you can take a power pack with you and check in periodically at agreed times. If somebody has an objection to you pausing a shoot for a moment so you can check in then again that’s a big red flag. If you’re in an Uber you can share your eta with somebody, I always do that. Unfortunately in the times we’re in try avoid travelling alone at night.”

We’ve mentioned modelling groups already.  Are they something you would recommend actively seeking out?

“It’s a close knit industry. Most of the girls I know all know each other so it’s a great network. It’s probably the first and best way to find out if a photographer is dodgy to work with. If you’re uncomfortable with anything then it’s a great way to get advice and also a great way to share your work and support other girls.” 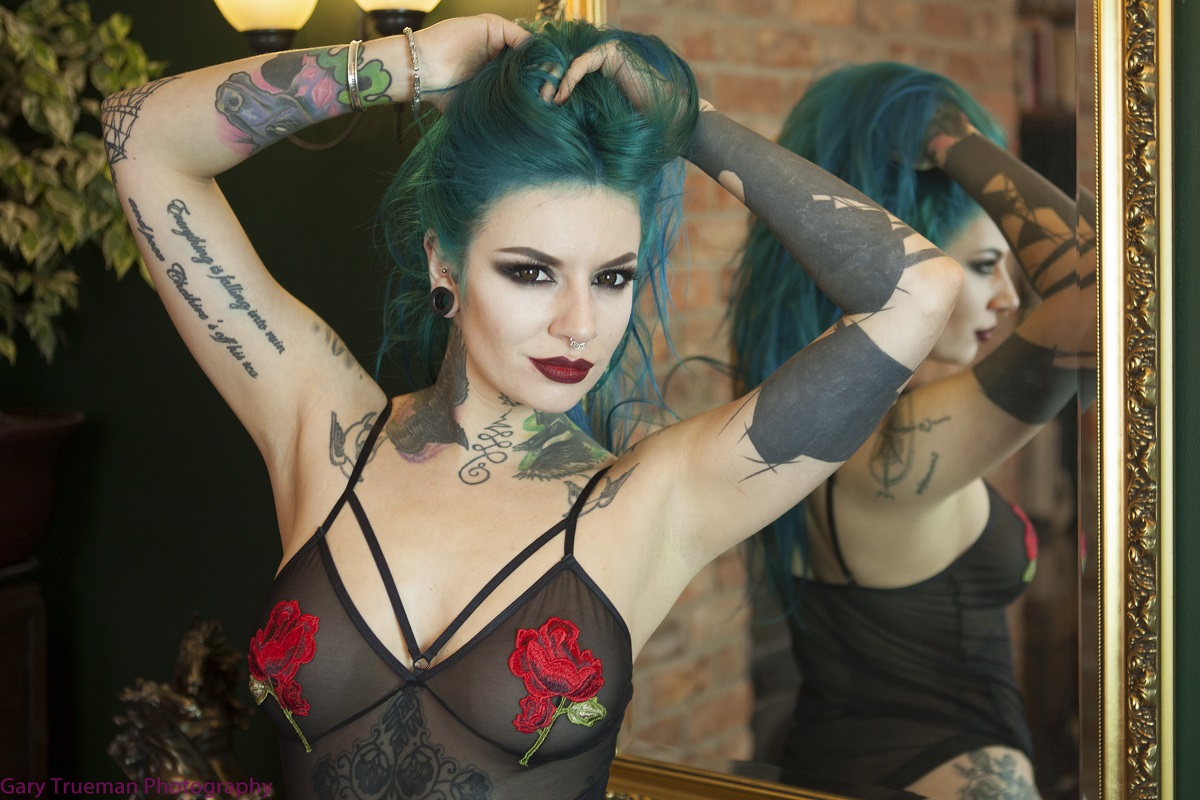 In summary these are the main dos and don’ts

Do always tell somebody where you are going. Tell them your plan and the address of the pace you are going to along with you contact details.

Do check photographers out and get references from other models or from modelling groups.

Agree the level you are going to shoot to before hand. It’s the right of the model to change the level not the photographer.

If any photographer objects to a chaperone or any of your questions or objects to you checking in with someone then that’s a big red flag. Any opposition to these from a photographer is a big sign that there’s a problem.

You’re working as a team but the model is the boss.  When models are putting themselves in a vulnerable position then they need to feel in control and they need to be in control. If you feel at any point that you’ve lost that control then you have every right to stop the shoot.

Try to avoid travelling alone at night but if you have to make sure you are able to contact someone and that someone will know you are overdue if you fail to make it to your destination. 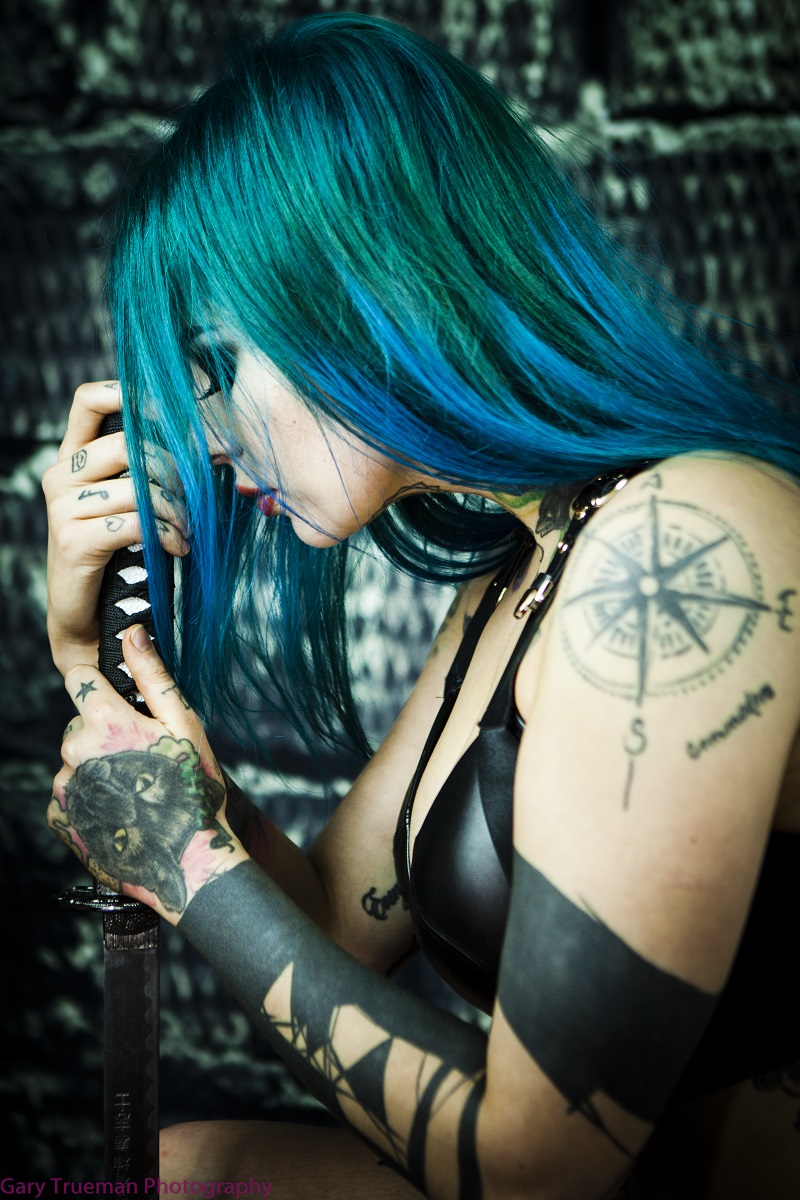 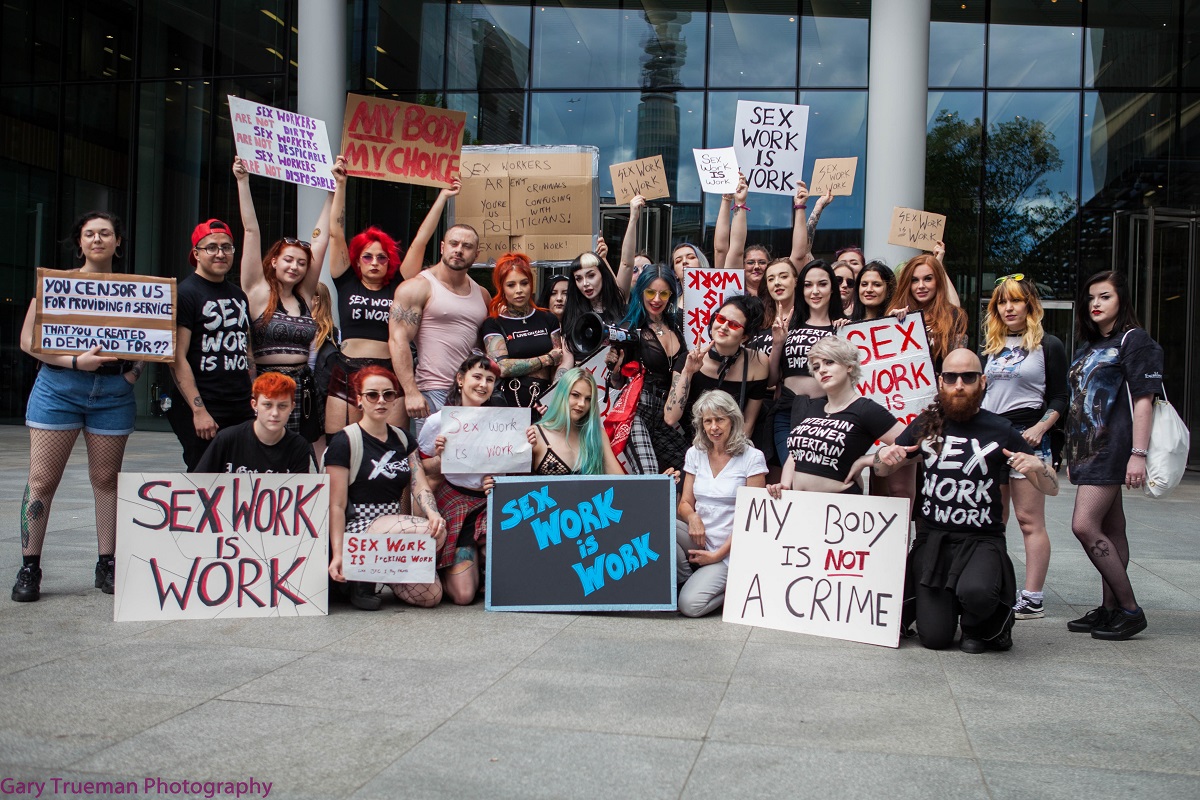 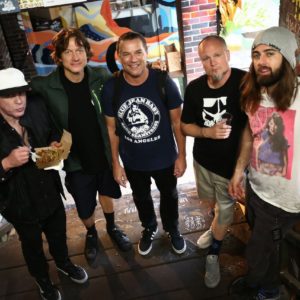 A slightly belated Happy New Year everyone...who else cannot believe it is nearing the end of January already?  With...
Copyright 2017 Devolution Magazine. All Right Reserved.
Back to top