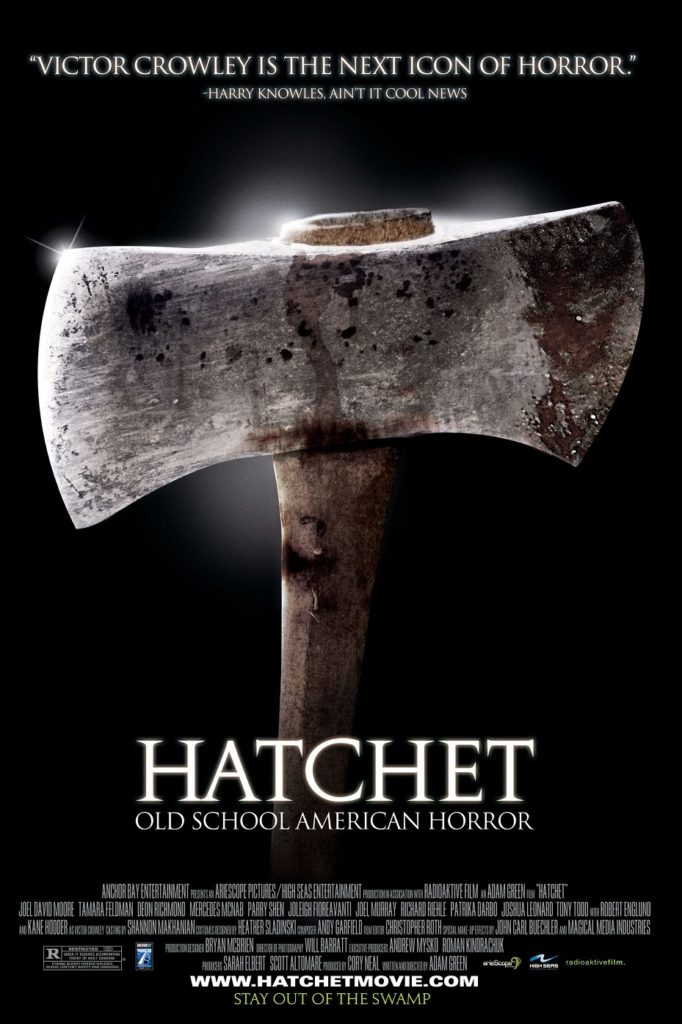 My sister in law (who is far to young to have seen this film) would not shut up about it so that led to its addition on this list. The film follows two friends who join a ghost boat tour along the Louisiana swamps during Mardi Gras. It soon becomes apparent the group are in danger and that the legend of Victor Crowley is more than just a myth.

You may recognise a lot of the cast, featuring cameos from horror icons such as Robert E (Freddy Kreuger), Kane Hodder (Jason: Friday 13th), Tony Todd (Candyman), and even the director himself , Adam Green
The film features a lot of gore and practical effects with crazy amounts of blood and inventive death scenes. There is nothing left to the imagination in terms of the detail of violence seen, only to be emphasised with large facial reactions from the victims. There is also a lot of realism in various aspects of the film such as fumbling and tripping, vomiting from exhaustion etc. Which is quite refreshing compared to horror films that follow a similar formula.
Violence aside, this is the type of movie where it is fun to be scared, the kind that will make you jump, gross you out but will also have you laughing out loud. Think of an cross of Club Dread and Wishmaster, fantastic on the practical effects but doesn’t take itself too seriously. With a brilliant lead design, unique deaths and lots of boobs, this is a perfect film to watch with friends. 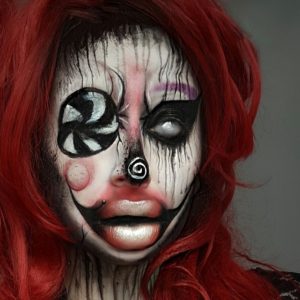 31 Days of Halloween – Day 28, Big Lipped Clown Clowns are a huge part of halloween, so here i decided to give it a modern,...
Copyright 2017 Devolution Magazine. All Right Reserved.
Back to top