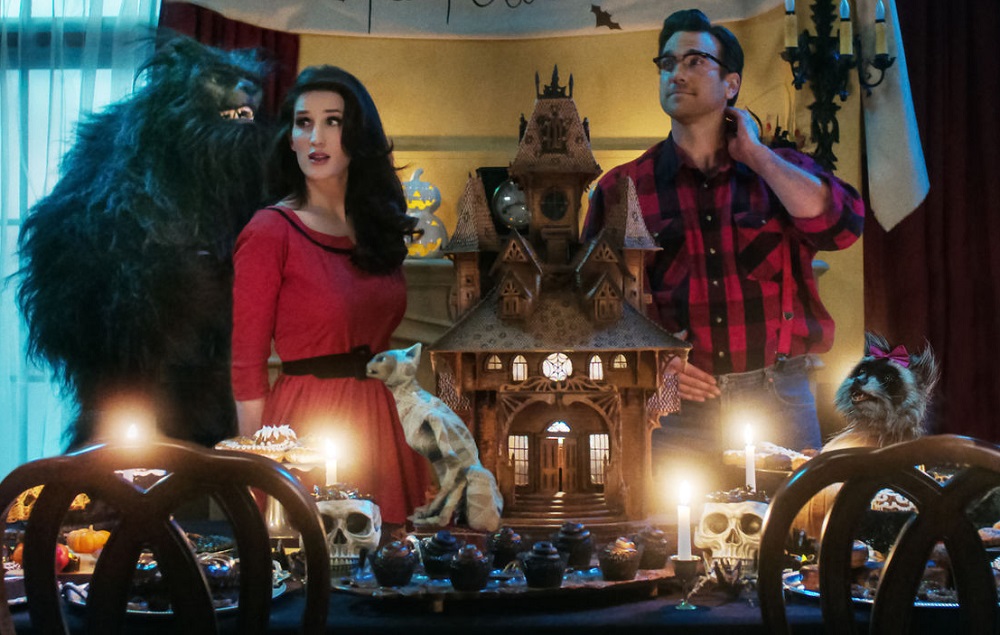 The Curious Creations of Christine McConnell is a Netflix 6 episode programme showcasing crafty “How to’s” along side a simple narrative in each episode. The show is a mix of food, crafts and fashion combining spooky horror with cute retro styling so will appeal to many different audiences. The best this about this show are the puppet characters, just one look at Rose and you can tell it is a Henson company production (The Muppets) as you may recognise her face being similar to Sir Didymus from the Labyrinth. The host Christine McConnell is a gentle and softly spoken beauty which is a contrast to the undead creatures featured. She maybe a little too soft as they overshadow her at times but gets more likeable with each episode.

The crafts and foods are a little more advanced than expected, skipping a lot of the larger processes for the bigger projects (such as baking cakes) and focusing on decorative work. A professional could fill in the blanks but it may be harder for an amateur! One thing that is missing is alternative suggestions, for example: if you don’t have a Dremel or air brush, what do you use? Saying that, there is something for everyone! With adult humour, a Von Teese Ghost, delicious treats and cute murderous creatures, you must check out this show out this Halloween!
By Alice Bizarre 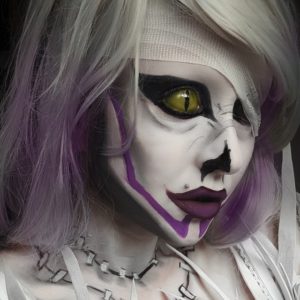 31 Days of Halloween – Day 27, Rem Sometimes people use Halloween as a chance to try out cosplay before attempting...
Copyright 2017 Devolution Magazine. All Right Reserved.
Back to top