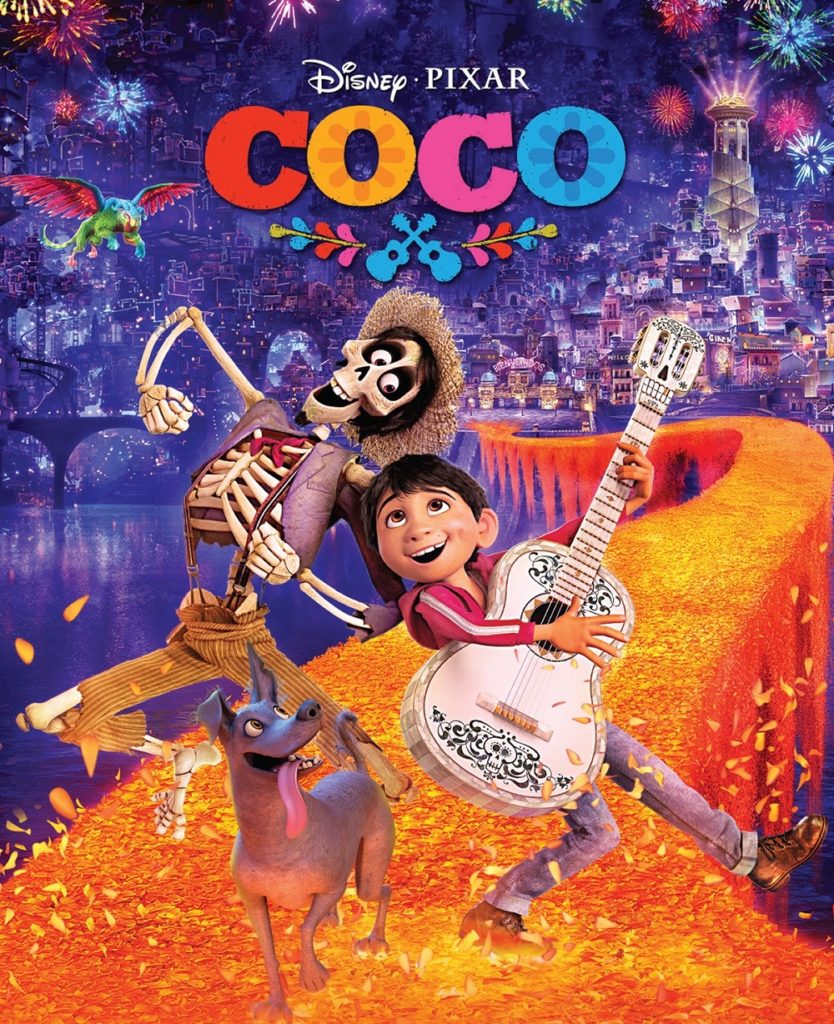 2. The latest CGI animated movie for Disney’s Pixar, Coco brings even more magic, mystery and colour to the Mexican holiday; Día de Muertos (Day of the Dead). We follow young aspiring guitarist Miguel whose family have banned music for generations. After he accidentally enters the Land of the Dead, Miguel must find his way home before he becomes part of the world itself.

The film is animated beautifully, really focusing on details that flow with the soundtrack with extra magical elements you expect from that classic Disney style. The story is very sweet yet incorporates themes which may effect the adults watching rather than the children (especially those who are close to family or even have experience with dementia)! If you are a fan of the undead, spirit animals and twists better than Frozen (yes, I went there) then this might just end up on your new classics list (just make sure you keep tissues around for the tears).
By Alice Bizarre