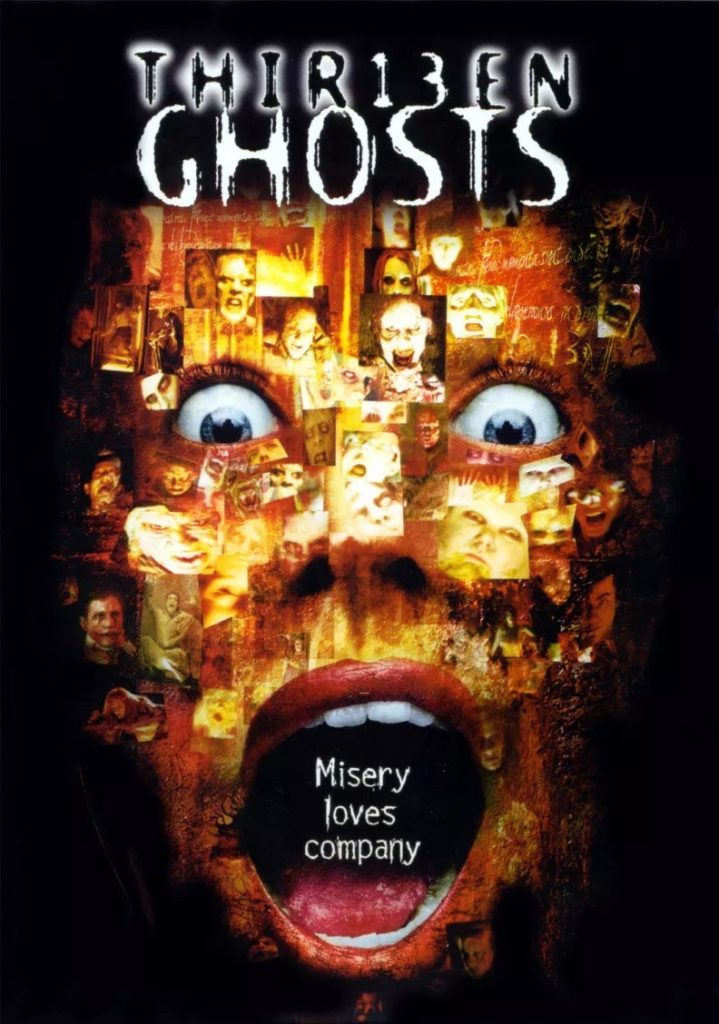 Having watched the original 1960’s Thirteen Ghosts, I was curious to see how the cinema of the early 2000 would change and adapt it.  The two films are incredibly different but both unique, the only true similarities are the featured family and the house filled with ghosts.

The narrative of this version follows a family inheriting a house from a distant uncle whosecretly hunted ghosts throughout his life. After a fire took their wife and mother (which was followed by financial problems) it would seem like a dream come true but unknown to the family, there is a basement containing twelve ghosts.

The set design is one of the most notable things about the film, beautiful and innovative with a mixture of dark, deadly and graceful elements (think of a mixture of Hellraiser, The Crystal Maze and The Cube). You may also recognise many of the actors including Tony Shalhoub (Monk, Galaxy Quest), Matthew Lillard (Scream, SLC Punk!, Scooby Doo) and Shannon Elizabeth (Scary Movie, American Pie).

The ghosts each have unique designs which include elements of their own history. Their presence is also emphasised by the sound panning effects combined with the various visual effects and speeds. The film does feel a little full and rushed at times, adding scenes and twists yet not giving enough time to enjoy and really see each ghost  There is a good balance of violence though, with gore scenes being well executed whilst not taking too muchfocus off the main story. Overall the film is a great watch with many horror elements whilst not being overly scary. A house designed by the devil and powered by the dead, it is an ideal watch with a bag of popcorn and some friends. 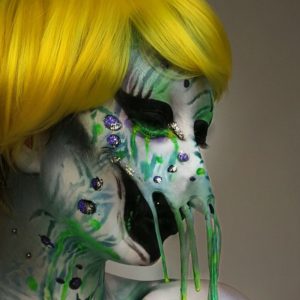 31 Days of Halloween – Day 25, Cthulhu's Sister This is my simple toxic sfx take on the Cthulhu. Here I used: Ve...
Copyright 2017 Devolution Magazine. All Right Reserved.
Back to top