Controlled Chaos: An Interview with Amanda Palmer – “I’m not the sort of person that thrives on predictability!” 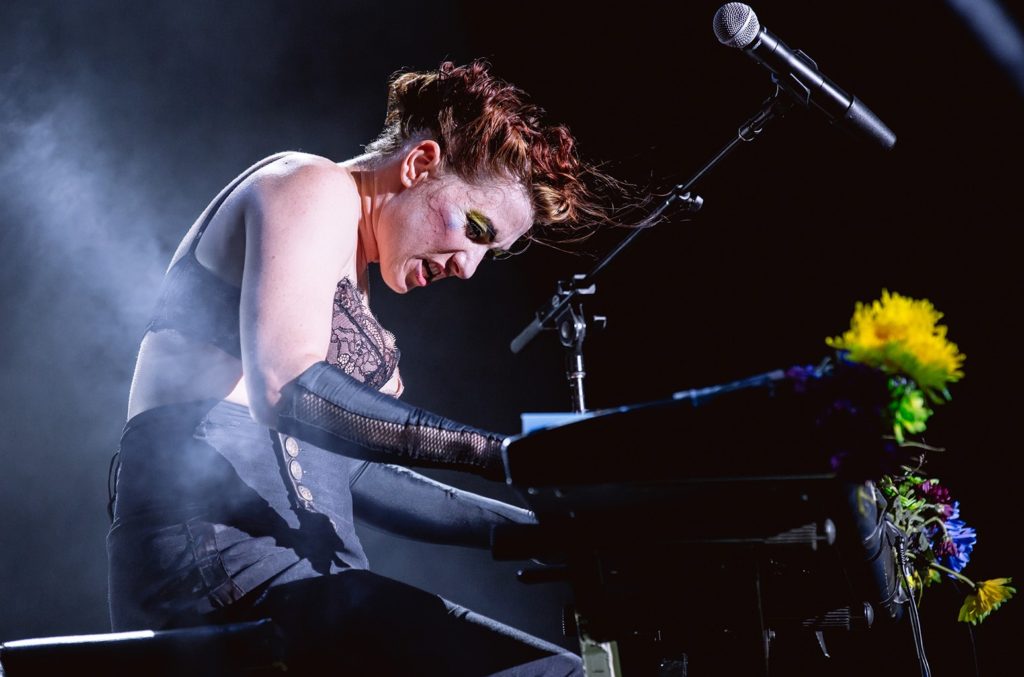 We were lucky enough to have a chat with the musical phenomenon Amanda Palmer today before the start of her UK tour. Beginning her career as a street performer and one half of The Dresden Dolls, Amanda Palmer has become a force to be reckoned with including work as Evelyn Evelyn, Amanda Palmer and The Grand Theft Orchestra as well as writing bestselling book The Art of Asking.  She has reinvented the concept of audience participation through the use of Kick-Starters and Patreon and has gained cult status in the process. With a somewhat controversial voice, a bohemian heart and an artisan soul, Amanda Palmer’s emotionally honest approach to her career has her adored by artists, musicians and every misfit in-between.

Where will you be talking to us from today?

I’m in a café in Islington (London) about to practice for my tour at the Union Chapel down the street. We have a piano where we are staying but it’s impossible to share a space with a baby, I have to escape!

What brought you back to the UK?

I’m back because Neil needed to be here to edit Good Omens, which is the TV show he is working on. The idea of being in London for a month straight was driving me crazy (which is why I booked the tour) but of course now I’m regretting it because I could really use a month off with my family and friends. That’s a classic Amanda move (laugh). 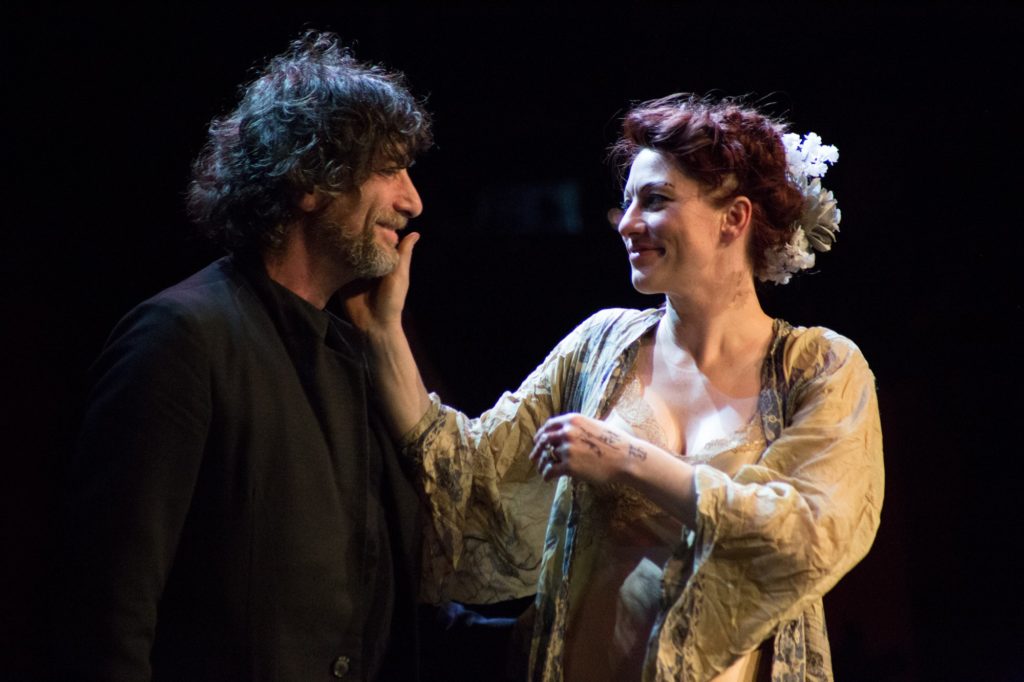 How are you finding balancing motherhood and touring?

Not that bad actually but me and Neil are really fortunate to be able to afford a lot of help, if we couldn’t I think I’d be finding it extremely difficult.

You’ve just released your short film “Bride Tripping”. What made you want to bring back your living statue past?

The footage has been sitting there for 20 years. I had always wanted to do something with it (so did Alina Simone), it was only the Patreon that provided the avenue to attack it as a real film project. So, we did! The Patreon is really magical that way and it’s made a lot of things possible that wouldn’t normally have a commercial avenue. 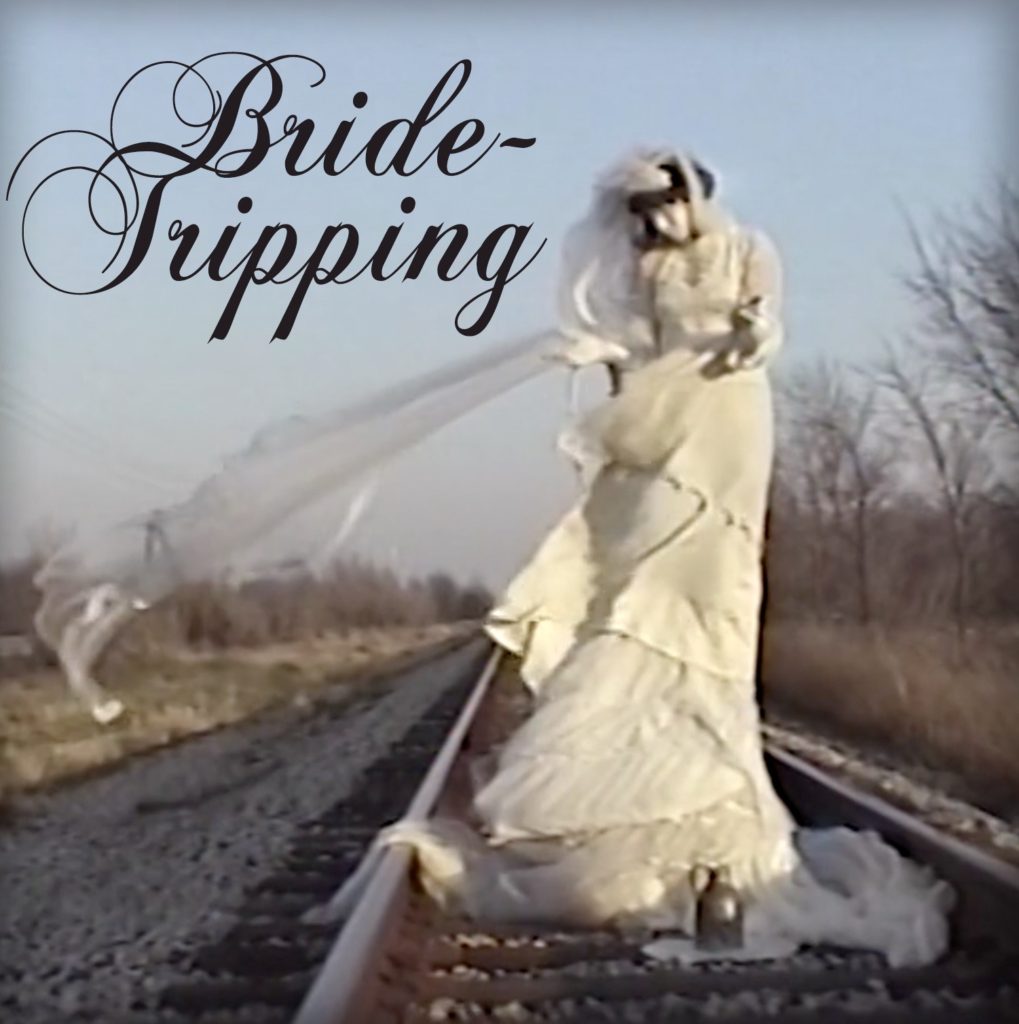 How do you feel Patreon has affected and contributed to your career now?

I’m still learning how it is. Mostly I feel I’m learning how to shed 20 years of learnt capitalist, commercial, artistic behaviour I didn’t even know I was engaging in (laughs) because even if you are a beautiful, authentic, truth-telling artist you still have to sell your art. There’s no getting around that unless you are independently wealthy which I am not. I can now turn my attentions towards “what do I want to make, what would I like to make”. It’s astounding, like waking up from a bad nightmare. All this time I was really having to think every day just about making money. You kind of still are but before it was always a stress.  Now it’s “this stuff we are doing probably isn’t going to make any money… oh well! We’ll do it anyway.” Isn’t that depressing? Not making any money next year because we want to do this artistic undertaking. But now I don’t have to be sad that things I’m making aren’t saleable because of the support from my fans and Patreon. 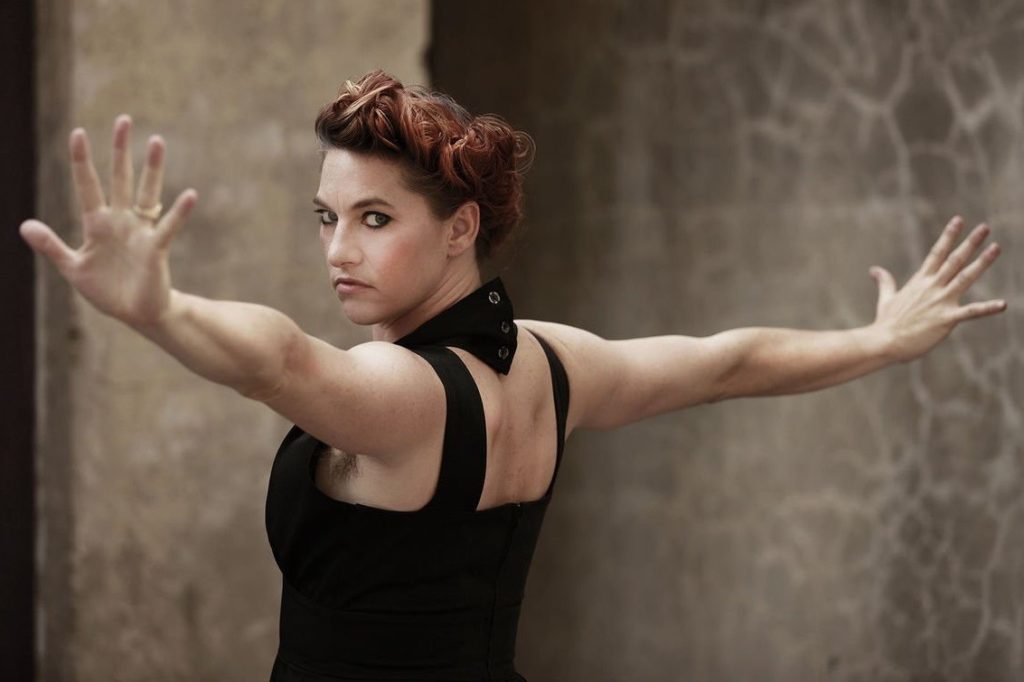 You must feel a big sense of love and community that comes with Patreon?

Yeah, I do. I’ve always had a really supportive audience but now I feel they really truly have become my family. They live in my house and they hang out in the kitchen. I don’t need to leave and go find them every time I have something to offer.

There is a lot of love here for independent artists. Can we expect a lot of guests on this tour?

One guest in Liverpool and Andrew O’Neill is going to be opening up for me but it’s a very simple intermittent show. Just me playing piano, playing ukulele and telling stories. It’s really stripped down. 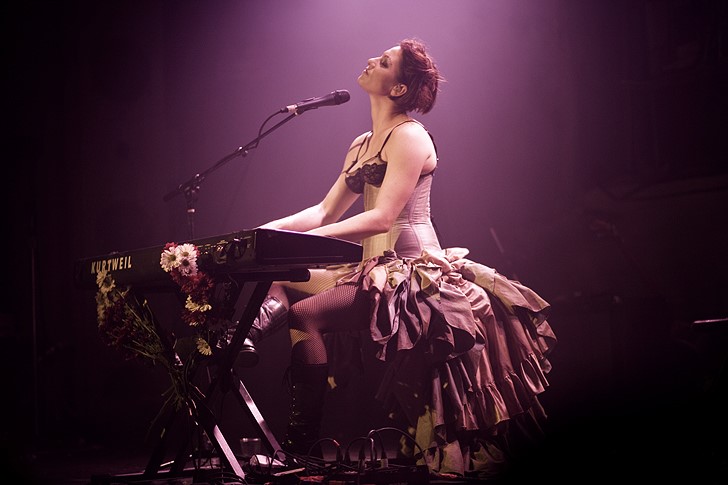 Last year you released “I can spin a rainbow” collaboration with Edward Ka-spel which is so poetic and reminds me of your early Dresden dolls work. You are also constantly releasing collaborations with musicians and artists. Are we to expect any more in the near future?

Yes, I’m bulking down to make this new record in September with all this material I’ve been working on for the last 7 years. I’m still going to do lots of side projects with my Patreon because I have so many friends and I meet so many people I want to work with. I’m really falling in love with the spontaneous “let’s go into the studio for 2 days and see what happens” way of being whether or not it’s going to be a record or good, “let’s just spend time together and see what happens when we merge our artist brains and make music”. I just did that a few weeks ago with a wonderful Welsh songwriter named Jasmine Power. I met her two days before at a dinner party, and when I was about to go into the studio alone I just invited her in with me. I said “let’s write a song together. I barely know your music but you seem really great. Let’s just see what happens when we put 24-year-old welsh you and 41-year-old American me in a room.” We wound up writing this really haunting duet called Mr Weinstein will see you now (laughs) it’s really good! That keeps life interesting. I’m really excited to make this record in the fall, which will come out six months later, I’ll tour it etc. it’s all very wonderful but it’s all very predictable. I love the idea that in the cracks I’ll still get to surprise myself and have spontaneous times with artists I meet in the street. That’s the sort of existence that fuels and drive me, I’m not the sort of person that thrives on predictability.

Last year you reunited with Brian Viglione as the iconic Dresden Dolls. Will you be bringing it to the UK?

It could just be. There could be possible plans for that to happen. There’s nothing quite like watching me and Brian do the Dresden Dolls thing. Pay attention because there could be news on that very thing happening! 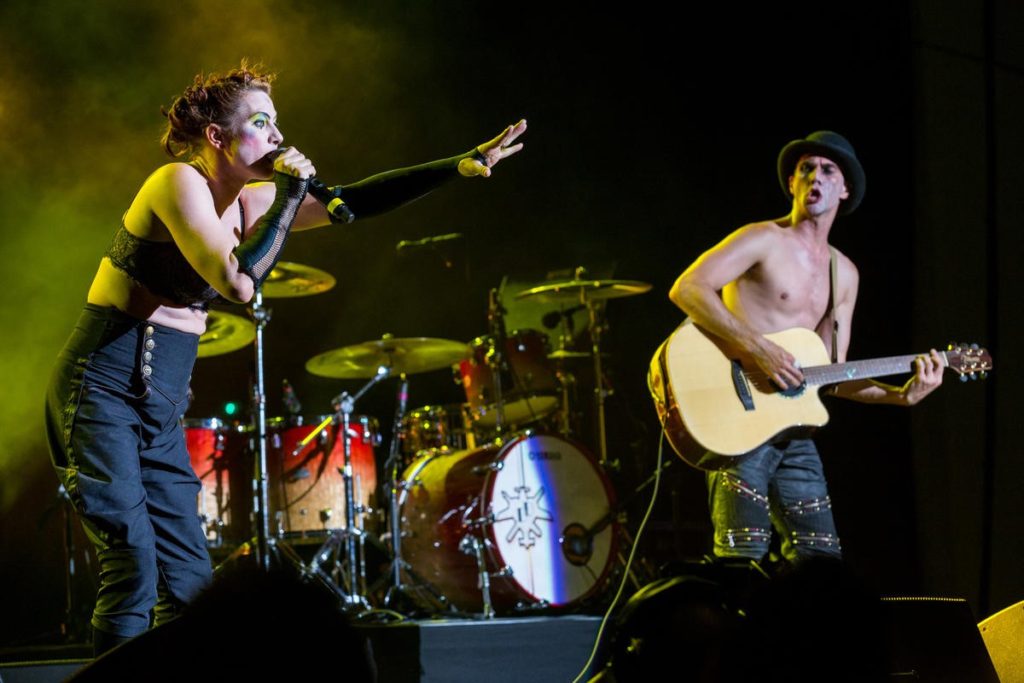 “My ability to collapse gracefully”

“I was a fantastic football player in school”

“I really love Alejandro Jodorowsky’s new films, the dance of reality and poetry without end. More people need to go see those.”

“Do they have to be dead? Mozart, John Lennon and Dorothy Parker!”

Interview: Little Miss Risk "What is being an artist, if not for always being complicated?" 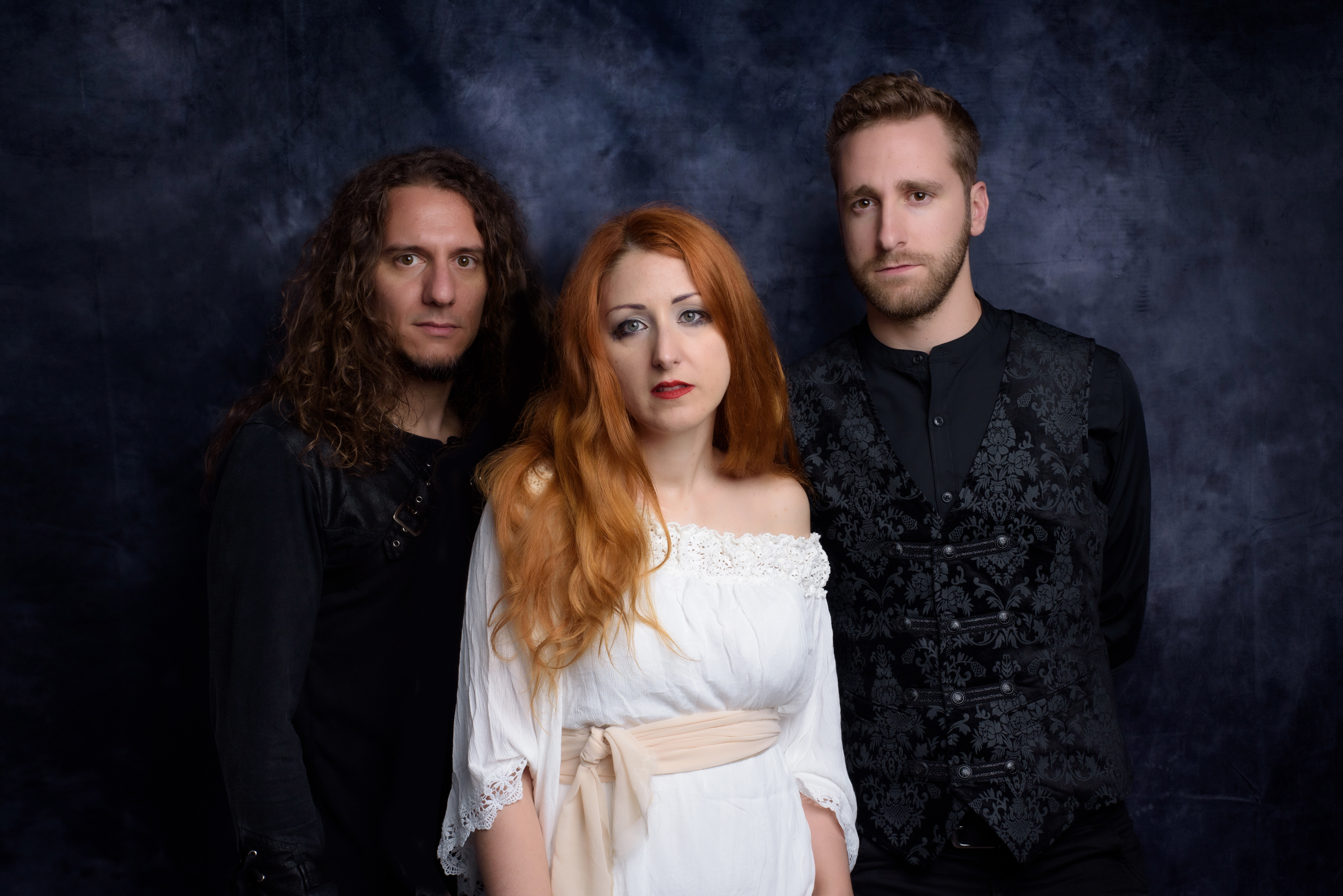 Interview: YouTube Influencer – Emily Boo “I love to give back, I’m always very aware that my followers are the ones who have got me where I am. I’m so appreciative.”

Fantastic interview! Can’t wait to see her in Brighton! 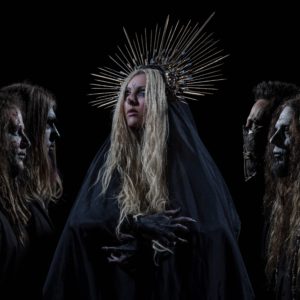 In This Moment have unveiled a dark new video for 'Black Wedding', featuring Judas Priest frontman, Rob Halford. The...
Copyright 2017 Devolution Magazine. All Right Reserved.
Back to top