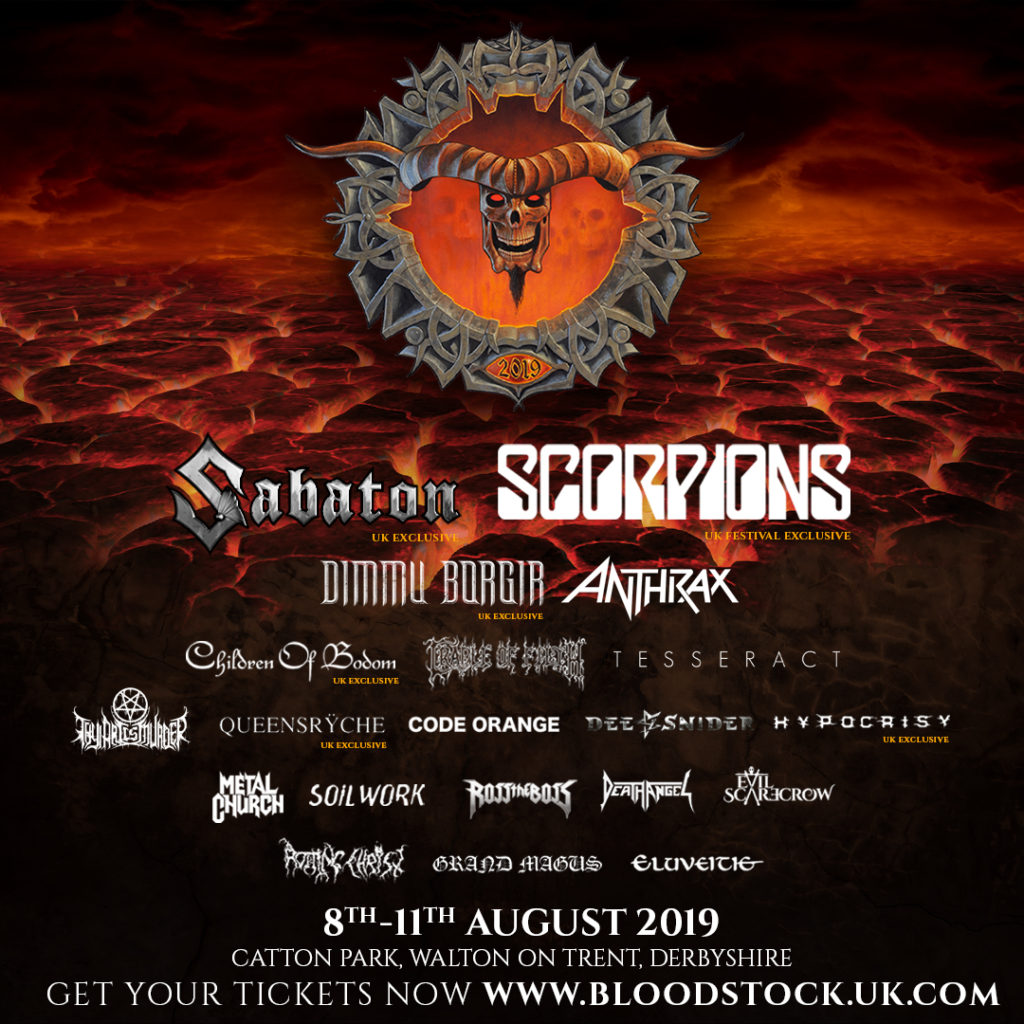 Bloodstock Festival announces another four for 2019!

As the festive season descends upon us, BLOODSTOCK come bearing gifts!  Four more bands for 2019!

Saturday’s special guest on the Ronnie James Dio main stage will be none other than thrash titans, ANTHRAX. The band are set to start work on a new studio album in 2019, so maybe we’ll get to hear something new at BOA19!  In the meantime, check out a live version of their classic ‘Madhouse’, taken from their recent live DVD release, ‘Kings Among Scotland’ – https://youtu.be/KRKHuoaT9i8.

In a UK exclusive, Norwegian black metal legends DIMMU BORGIR join the bill as BLOODSTOCK’s special guests on Sunday.  After an eight year gap, the group released their tenth studio album, ‘Eonian’ via Nuclear Blast in May.  Investigate the video for ‘Council Of Wolves And Snakes’ from that opus at: https://youtu.be/5ws18_MZ-lw.

Adding to the main stage fun on Saturday, are Australian deathcore beasts THY ART IS MURDER.  While the band have four albums, including their most recent, ‘Dear Desolation’ to familiarise yourself with, they tantalisingly just dropped a brand new track on Black Friday.  Listen to ‘Death Perception’ over at geni.us/TAIMDeathPerception.

Homegrown British act TESSERACT bring their blend of djent and progressive metal to Catton Park on Friday.  Most recently, the band have been traversing Europe with touring buddies Between The Buried And Me.  Watch the video for ‘Juno’, from TESSERACT’s fourth studio album ‘Sonder’ – https://youtu.be/sTt2gGmYG3k.

Standard weekend tickets are only available at ‘early bird’ prices (just £132 for four days of metal fun) until 15th December, so pick up yours today at the ticket store to save a few quid while you can – http://bloodstock.seetickets.com.

BLOODSTOCK’s first wave of 2019 Serpents Lair VIP tickets and campervan passes are both now SOLD OUT!  A second wave of VIP, including Deluxe packages (Luxpads, Bellepads, Podpads, etc) and a limited amount of VIP upgrades (for those who’ve already purchased standard weekend tickets) will become available on Monday 17th December at 9am.  For full details click to http://www.bloodstock.uk.com/pages/vip-camping.

You can also subscribe to the BLOODSTOCK e-mailout to get band and news announcements as they happen!  Click through to http://eepurl.com/dKZrG-/ to sign up.
BLOODSTOCK will take place at Catton Park, Derbyshire on 8th-11th August 2019. 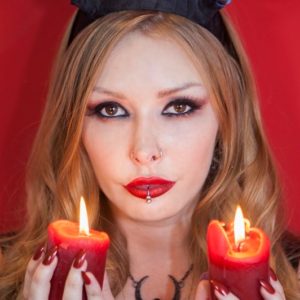 Hayley Leggs will be familiar to many in the alternative scene.  She can be found at festivals interviewing bands, performing...
Copyright 2017 Devolution Magazine. All Right Reserved.
Back to top