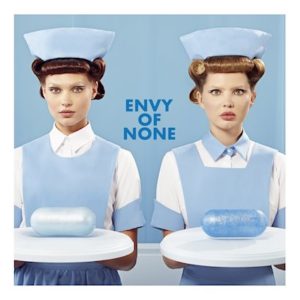 Envy Of None – Kscope

Over the years the band Rush survived crisis after crisis. Six years after their formation, and with one album to their name, the then drummer was replaced by Neil Peart. It was to be a pivotal decision, with Neil contributing to a string of hit albums. It wasn’t all plain sailing though as Alex almost quit in the late 1980s, feeling his guitar work was being put second to the increasingly synthesizer driven music of Geddy Lee, and then the deaths of Neil’s daughter and wife (in 1997 and 1998 respectively) almost meant the band breaking up for good. Fast forward to 2015 and Rush finished their last tour, after 40 years as a band life was taking its toll on Alex and Neil’s health. Neil would die of cancer in 2020.

When your life has been dedicated to a single band for your entire musical career, and with the added debilitating effects of arthritis thrown into the mix, you might forgive Alex if he felt like he wanted to enjoy his retirement. Common to many musicians of his generation though, retirement has always been the last thing on his mind. In 2021 a project was started with bass player Andy Curran, of Coney Hatch. The result was two instrumental tracks, Kabul Blues and Spy House. The missing piece would come later, when a chance collaboration between Alex, Andy and singer Maiah Wynne a couple of years later earlier would result in the music they were working on being sent to her to see if she’d like to contribute to the project. To say they were stunned by what was sent back to them would be an understatement. The project quickly grew from an original 4 track EP to a full-fledged album of eleven tracks, ten of which would include Maiah’s vocals. Further guitars are provided by producer and engineer Alfio Annibalini and drum duty is shared by David Quinton Steinberg and Tim Oxford.

Look Inside and Liar are the first tracks out from the album and showcase the style for the rest of the album quite well, being distinctly different in tone, while still feeling similar. Maiah’s vocals are woven together with such precision it’s hard to believe she’s been an unsigned artist for so much of her life while Alex pulls together every trick he’s ever learnt in over 40 years of playing with Rush. It’s actually quite astounding that Alex’s guitars are overshadowed by Maiah’s vocals, despite being a living guitar legend. But it’s Maiah’s ethereal vocals, reminiscent of Julianne Regan’s vocals on All About Eve’s Ultraviolet, that are the real star. The two tracks released as instrumentals make it onto the album, but now with Maiah’s vocals added to them. If not for the fact they existed on Alex’s website first you’d be forgiven for thinking they’d been written for Maiah. Much of the album has an industrial feel, like later Nine Inch Nails, or Gary Numan, while still being distinctive, and with the occasional flash of what made Alex such a great guitarist with Rush. In much the same way that Alex layers guitars and other stringed instruments together to create something much greater than its parts Maiah does the same with her vocals, layering backing tracks and harmonies together is a way that a composer would layer together the instruments of an orchestra. For Maiah the voice isn’t just a single vocalisation, but an instrument to blend together. Harmony and backing vocals become chords, creating something so skilled that it defies belief. Stand out tracks being Never Said I Love You and Enemy where Alex gets to truly shine. A special mention must go to the only instrumental track on the album, Western Sunset, a homage to his long-time friend and bandmate Neil Peart. It’s a track which is truly Alex’s and is full of emotion. A surprising as it might seem somewhere on the album there’s a banjo, but the sound has been cleverly disguised with Alex actually playing the track backwards and then reversing it. If you can tell which track it is without first being told, then answers on a postcard. 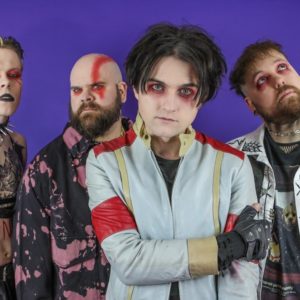 One of the great things about music right now is the willingness of younger artists to try new things. The state of the scene...
Copyright 2017 Devolution Magazine. All Right Reserved.
Back to top