Saint Agnes are a square peg in a world of round holes. Their music is heavy but pulls in influences from a wide spectrum of sound. They’ve built up a cult following based on smashing it on stage and grafting hard off it. Their set at the Download pilot including a blood soaked finale was one of the highlights of the weekend. Founding members Kitty and Jon talked with Gary Trueman about the effects of Covid on the music industry, writing during lockdown and the sheer joy of being back on a stage again. 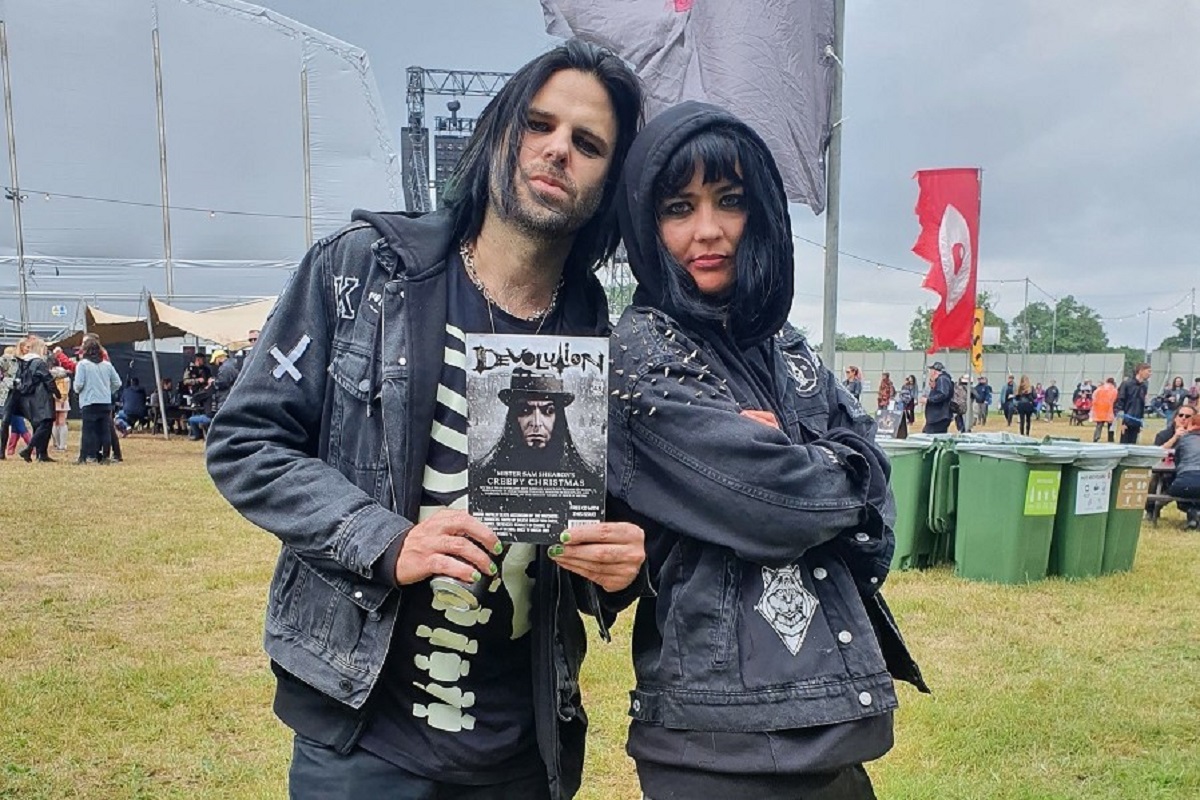 Music has had 15 months of hell with the pandemic and lockdown but it looks like it’s starting to open up a bit now.  What’s your take on the situation?

“Our industry is the one that has just completely crumbled. We put that solely at the feet of the government. The industry has been abandoned. The fans, the musicians and the promoters have done everything they can. The community is coming together, and this festival is a prime example of that. It’s like fuck it we can look after ourselves and we can make something happen. We’ve had to, we’ve been forced to by a hapless fool in charge.”

What about on a more personal level, how has it affected you personally?

“We’ve had a really difficult year like everybody. We’ve struggled loads. What we did was write a mini album and immersed ourselves in creativity. The mental health side of it has been really difficult. We’ve been through the wringer as have many people. Luckily we’ve got this thing called Saint Agnes which allows us to throw our frustrations into it. As soon as the first lockdown happened we’d been touring and had a load of shows lined up. We had all this live energy ready to expend and suddenly it’s not happening. We just needed to write a song and make a video and put it out so we started doing these covers. We did a Nine Inch Nails song. That allowed us a little sense of what it’s like to do shows. It was immensely important for us to do that.”

Talk us through the new EP. How much of it was shaped by being written during the lockdown?

“That’s why the whole EP sounds so angry, we were just full of rage. Everything that was going on and the way the industry was being treated. And we did just immerse ourselves in the world of the Vampire completely. It got quite intense, not all of it was pleasant. One of the other things that looms large on the record is talking about social media because we’ve all had to live online to some extent for the last year. It made you aware that you were looking at the world through a filter, and growing to know the narcissistic nature of the whole thing. It meant that when we were writing the record we were talking about our personal feelings and talking about the wider world and talking about social media. It was those three things really that formed what we were doing. We kind of analyse our lyrics more after we’ve written them. We kind of go with what feels like the cathartic thing to say at the time then look back and see where it came from. A lot of it came from being together too long without outside influence, that made us start to go crazy. We had to write a song about it.”

Your music is quite an eclectic mix of styles.  You can’t really pigeon hole you. You’re finding that with quite a lot of emerging artists, they’re mixing stuff up. Do you think it’s a good direction for music to go?

“Yes.  It definitely makes it harder4 for fans to find you. If you’re a straight punk band you’re going to have people that are into punk music will find you.  But we just don’t know any other way. We put everything into the music we make. We love metal.  We love pop music. We love punk. If we’re in the car and Kitty puts on a track by a hip hop artist and we’re all really enjoying it, when we’re writing that will sneak its way in there somehow. We’ll happily listen to Obituary followed by Rico Nasty followed by Nine inch Nails. We kind of made the band we wished existed so everything that’s in there is the stuff we love. We’re heavily influenced by the concept of just chucking it all in a blender and seeing what happens.”

The other thing that’s really noticeable about Saint Agnes is that you make an effort on stage with your image.  So many bands just don’t bother. You have the gear, and the blood, and the attitude too. And Kitty is really throwing it out there and is a very empowered performer. That sends a powerful message to young girls watching your show.

“We hope so. Growing up on the rock and metal scene, there still aren’t a lot of women around, but it’s really important the platform Kitty has because we want young women in the audience to see her.  We want them to think they can do that, that it’s possible. Gigs are the most important things in our lives so we’d never ever squander a performance. If we play a dive bar to five people they’ll get the exact same performance because we’re doing it for us. This is how we get to be ourselves. We are not putting on a performance for an audience, we are immersing ourselves in a world of our own creation for our own sakes. We are fortunate that there are many people out there who want to watch it and get the references, they get our world and want to be a part of it. It’s a beautiful thing.”

How did you get the invite to play the Download pilot and what did you think?

“This has all been organised very quickly which is good because if we’d have had any longer to stress about this show we would have had strokes or something. It’s the biggest crowd we’ve ever played to we think. Just fucking great. A sea of smiling faces, like this is our home. These are the people that will get our band more than any other festival or gig. It was just incredible. Life is for living and we can never squander a show. We got to do this amazing exciting thing and what a privilege it is.”

As things open up have you got any touring planned?

“We’ve got a headline tour in October which we can’t wait for. Our London show is at the Garage. We just want to play everywhere. Book us and we will play.”

We’re putting together an imaginary mix tape of songs you’d put on for driving to a festival. Who would you like to add to the tape?

“Ho99o9 and Knuckle Up and White Zombie’s Supercharger Heaven.” 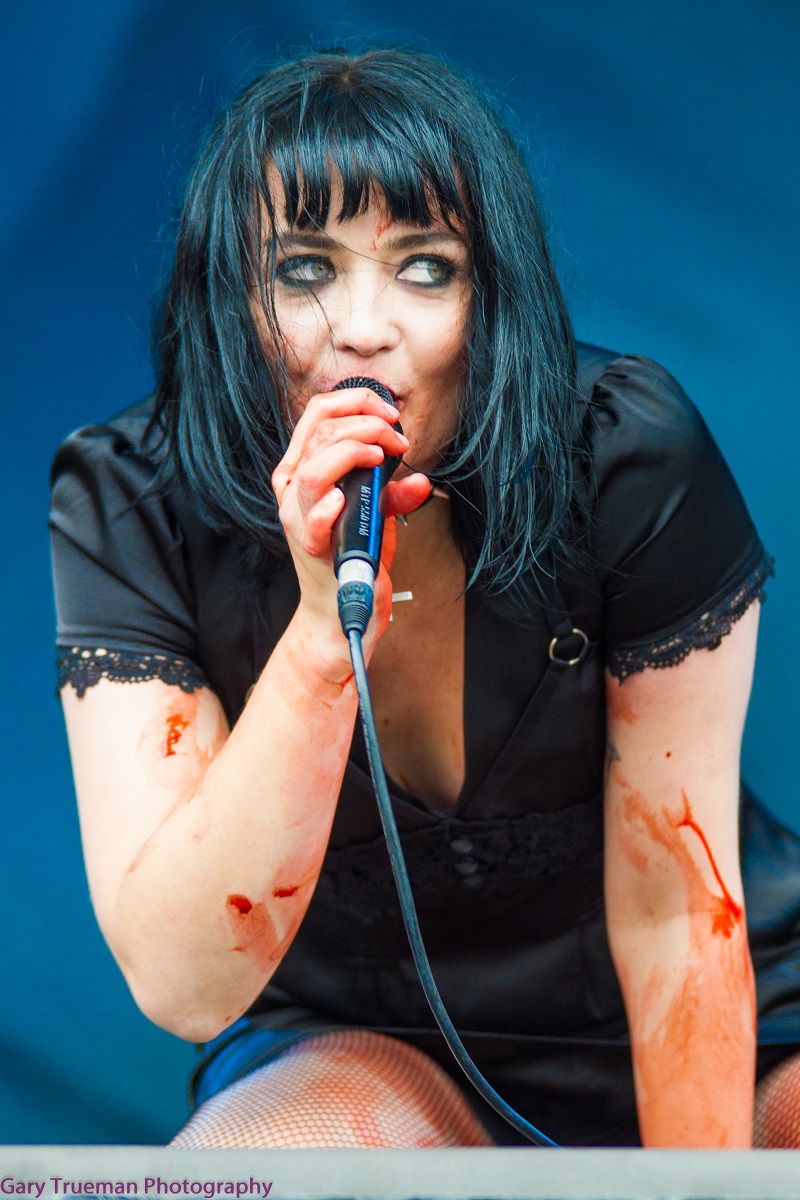 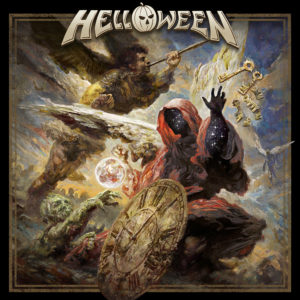