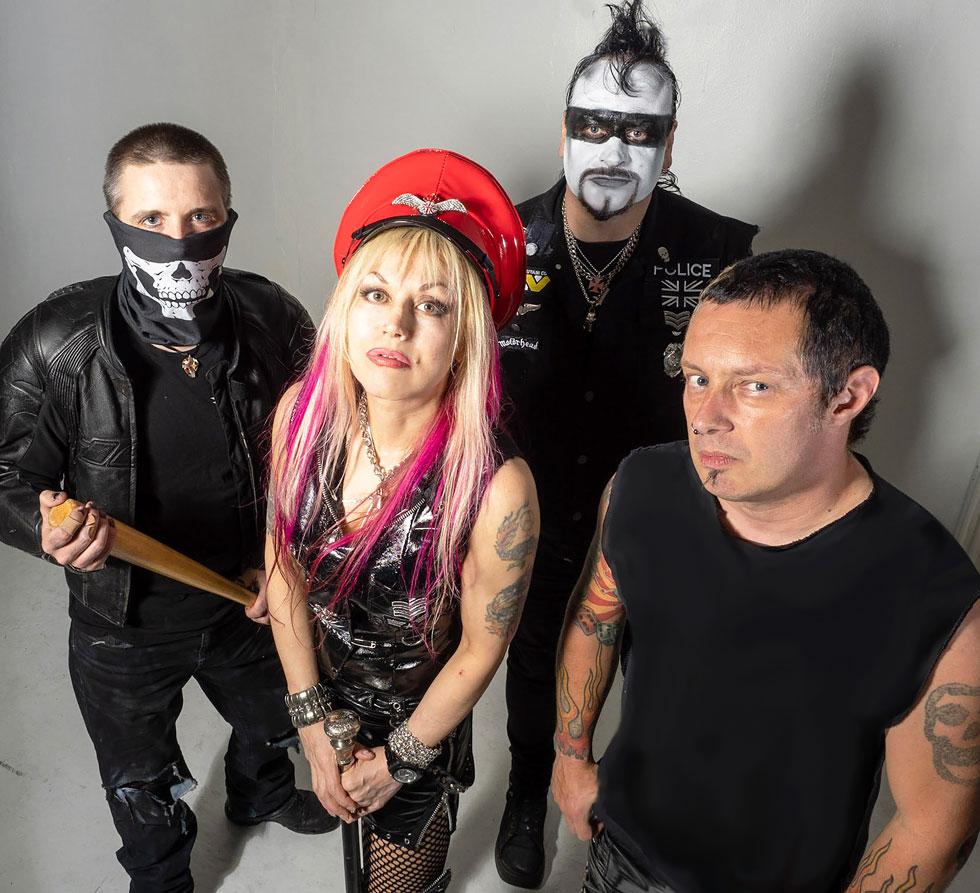 UK punk rock band, VICE SQUAD featuring legendary Punk Vocalist and writer BEKI BONDAGE, have announced the release of their new album “Battle of Britain“, out on October 16h, 2020 via LAST ROCKER RECORDS/CARGO RECORDS. The album will be available digital, on CD and limited 250 copies on white vinyl / 250 copies on black vinyl can be pre-ordered here: https://cargorecordsdirect.co.uk/products/vice-squad-battle-of-britain 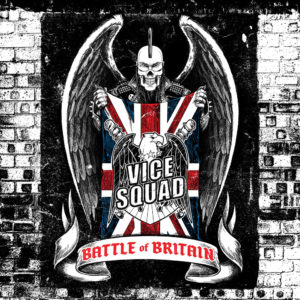 The first rule of Punk is there are no rules and VICE SQUAD ably illustrate this with ‘Battle of Britain’. Written, Recorded and Mixed by Beki Bond and Paul Rooney in their home studio. The 13 track album opens with the blistering ‘Ruination’ which cuts through the bullshit of small time promoters and blaggers with consummate swagger and melody while ‘I Dare To Breathe’ is an amphetamine driven anthem to paranoia. ‘When You Were 17’ is almost-tender and tells of first tattoos and under age booze whilst the more chilling ‘Ignored To Death’ rails against isolation and homelessness.

The explosive ‘Born In A War’ rages along like a missile ravaging a third world country and warns ‘See how they treat refugees? That’s how they’ll treat you and me’. Elgar’s ‘Nimrod’ reworked with a pulsating industrial bass segues into title track, ‘Battle Of Britain‘ where Beki‘s vocals soar like a Spitfire over the crunching de-tuned riff and spit fury over the hypocrisy of putting war memorials before people.

The dystopian ‘Poverty Face’ hits you with the opening line ‘Disinheriting the meek, slyly killing off the weak’ and is counter balanced by the more upbeat ‘How The Other Half Lives’. ‘No Evil’ is a relentless attack on the normalisation of the suffering and death of billions of animals for the meat industry. Battle of Britain’s hard hitting collection of anger and riffage pulls no punches in covering topics from austerity and factory farming to the pernicious influence of the Mainstream Media – ‘Led by lies lambs to the slaughter, tax exiles say who you vote for’. Brexit, fake patriotism and cognitive dissonance all get a good kicking too.

The penultimate track, ‘You Can’t Fool All Of The People‘ mixes baritone guitar with violin and Celtic rhythms climaxing in an epic James Bondesque heavy guitar/orchestral blend and breaks every rule in the Punk Police hand book whilst pleading for unity against a rigged political system. ‘Pulling Teeth’ with its ominous riff and hilariously frustrated lyrics ‘Dithering jibbering solid as jam, is it fair I’m both the woman and the man’ closes the album in manic style. 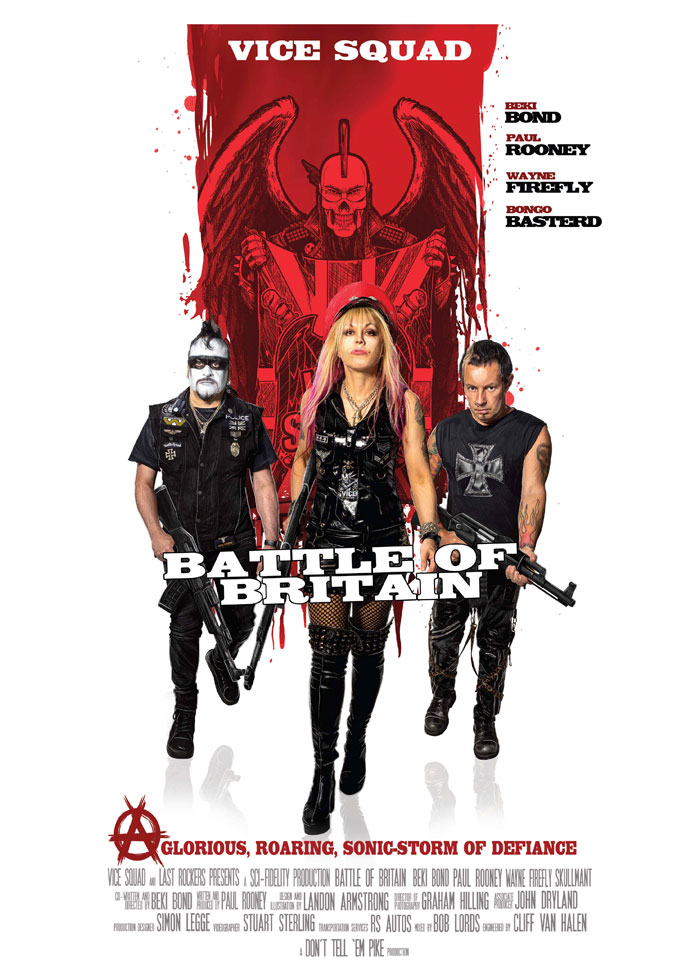 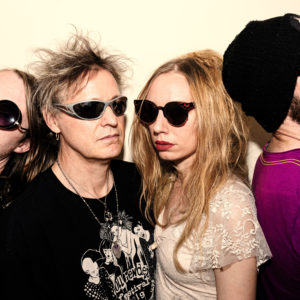