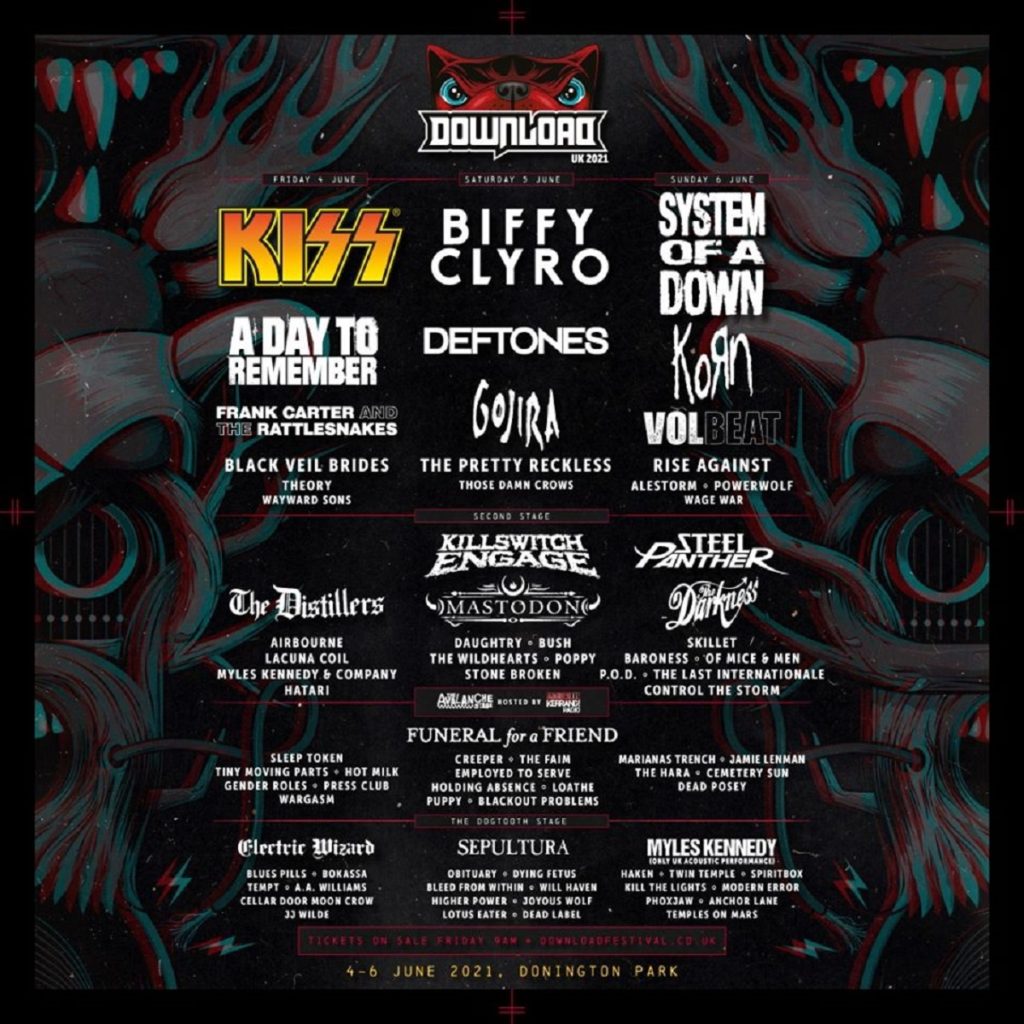 Download Festival, has announced KISS, BIFFY CLYRO and SYSTEM OF A DOWN as its 2021 headliners, plus many more of the world’s most exciting bands in rock, punk, hardcore and metal including Deftones, KORN, Steel Panther and The Distillers will return for Download 2021, with even more yet to be announced.

The three-day festival takes place on 4-6 June 2021 at the spiritual home of rock in Donington Park, Leicestershire.

Tickets will go on sale at 9am on Friday 7 August via   downloadfestival.co.uk/tickets

After an epic and well documented 45-year career that launched an era of rock’n’roll, the legendary KISS will perform in the UK at Download Festival 2021, in a UK Exclusive. They embarked on their final ever tour in 2019 under the appropriately named END OF THE ROAD, and known for their trademark larger-than-life blistering performances, KISS have proven for decades why they are hands down the most iconic live show in rock’n’roll, and one of the best headliners Donington has ever seen. With more than 100 million albums sold worldwide, 2020 was due to be their final ever Download appearance, but due to COVID-19 they’ll be bringing their spellbinding show to the hallowed grounds in 2021 instead.

Also headlining Download Festival 2020 will be SYSTEM OF A DOWN, also in a UK Exclusive. With just five studio albums, the Californian/Armenian band have earned themselves a worldwide following, never failing to put on a mind-blowing performance.

System Of A Down bassist Shavo Odadjian says: “We’re disappointed we weren’t able to make it over this year, but we’re looking forward to next.  Absence makes the heart grow fonder.  Mostly, we all just want to make sure everyone is provided with a safe and secure environment, so we were prepared to wait as long as we needed to.”

Returning to Donington after their fantastic headline set in 2017 are Scottish rock titans Biffy Clyro, who will headline the festival once again in 2021. With the band set to release their ninth studio album, A Celebration Of Endings, this month, the trio will be keen to show off new tracks as well as some of their most well-known hits, including ‘The Captain’, ‘Mountains’ and ‘Many Of Horror’.

In addition to the acts who have continued over from 2020, Download have also announced several new additions to the line up, along with Biffy Clyro, including  Steel Panther, pop punk kings A Day To Remember, Creeper, who have recently returned from hiatus, punk legends Rise Against, internet sensation Poppy, and many more.

Returning to Donington in 2021 are Deftones. Since their inception, the multi-platinum, Grammy-Winning alternative rock band from Sacramento have released seven albums and sold over 10 million albums worldwide which include fan-favourite tracks ‘My Own Summer (Shove It)’, ‘Change (House Of Flies)’, and ‘Swerve City’.

Biffy Clyro said: “We can’t wait to return to headline Download in 2021! It’s a highlight of the festival calendar and a big part of our history as a band. Headlining in 2017 was special and now it’s time to celebrate again! Fuck on!”

With 13 albums behind them Devolution favourites KORN will be back too. The two-time Grammy Award winning band have toured the world countless times and have continued to push the limits of the rock, alternative and metal genres, while remaining a pillar of influence for legions of fans and generations of artists around the globe.

Download Festival’s Andy Copping said: “2020 has been a tough year for us all, and we were beyond gutted not to be able to experience Download Festival with you all. We gave you Download TV to reflect on memories of the past, and what the festival means to all of us. Download 2021 is going to be something special and go down in the history books as when the Download family reunited. We’re going to be working hard behind the scenes to make Download 2021 an unforgettable experience and a celebration of the festival we all love.” 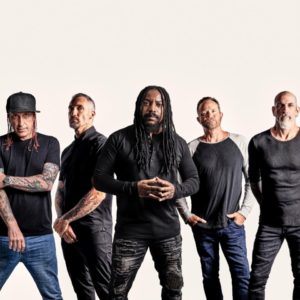