Collection Of Reconceptualised Singles Due Out August 14Th 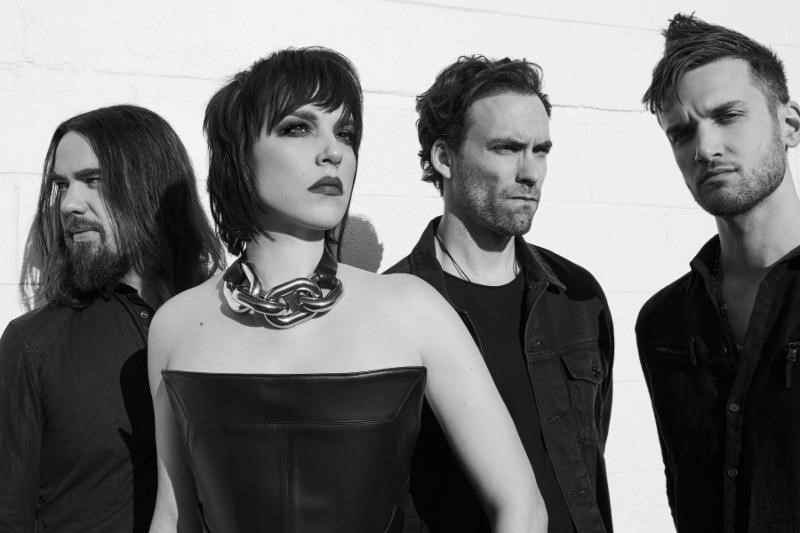 Grammy Award-winning rock band Halestorm have announced their new Reimagined EP set to arrive as a webstore exclusive and at all streaming services on August 14, 2020. Pre-orders will go live later today HERE.

For the new EP, the group re-envisioned, re-upped, and reconstructed various fan favourites from their multiplatinum catalogue. To introduce the project, they have shared the first single “Break In” [feat. Amy Lee]. “Break In” originally appeared on the band’s gold-selling 2012 album, The Strange Case Of… During the Carnival of Madness Tour, the Evanescence frontwoman joined the group for a stunning live rendition of the tune on a nightly basis. Recently, Halestorm frontwoman Lzzy Hale hosted Lee on her We Are Hear interview series Raise Your Horns With Lzzy Hale. Together, they teamed up for a powerful performance of “Break In” online, inviting anticipation for the official duet. Over stark and shuddering piano, their voices reach soaring heights on this poignant and powerful ballad, uniting two of rock’s most recognisable and raw voices.

Halestorm’s Lzzy Hale commented on the new EP and collaboration, stating, “Over the last decade we’ve been putting out cover EPs in between every original album cycle just for fun…But this time around we decided to shake it up! For our Reimagined EP, we committed to only one cover but filled the rest with reimagined versions of Halestorm songs. It was such a blast to remake some of our favourite originals. One of the stand out moments on this EP is a duet of our song “Break In” featuring the amazingly incomparable Amy Lee. Produced by Nick Rasculinecz, we recorded this duet pre-COVID-19, together in the same room, live, as a full performance from beginning to end. Amy brought new meaning to this song, turning what was once just a love song into a statement of unity and support for each other. I hope you find something in Reimagined that brings you joy and hope in these crazy times we live in!”

In addition to “Break In,” Halestorm have reinvented their 2009 single “I Get Off” and their incendiary track “I Am The Fire.” They also cut an official cover of Dolly Parton‘s / Whitney Houston’s vocally-challenging, iconic song “I Will Always Love You,” another long-requested live gem. The original version of platinum-certified single “I Miss The Misery”, also reimagined on the new EP, continues to rack up plays on YouTube, collecting over 73 million views to date on the band’s YouTube channel alone at https://youtu.be/YpJAmlnBxoA. The 6-track EP is completed with an updated “Mz. Hyde.” 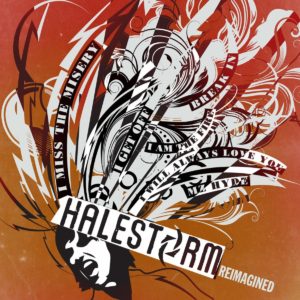 Halestorm is comprised of Lzzy Hale [vocals + guitar], Arejay Hale [drums], Joe Hottinger [guitar], and Josh Smith [bass]. Together they have toured extensively clocking up a staggering 2,500 live performances to date with a diverse variety of artists including: Eric Church, Joan Jett, Avenged Sevenfold, Alice Cooper, ZZ Top, and Evanescence. Most recently, the band scored a 2019 Grammy nomination for “Best Rock Performance” for their song “Uncomfortable” featured on their 2018 LP Vicious. The nomination followed Halestorm’s 2013 Grammy win for “Best Hard Rock/Metal Performance” for their hit single “Love Bites (So Do I),” which ascended to No. 1 at Active Rock radio in the U.S., making Halestorm the first-ever group with a female vocalist to earn the top spot on the format. Named Loudwire’s “Rock Artist of the Decade,” Lzzy was also selected as their “2018 Rock Artist of the Year,” and two years prior, was named the “Dimebag Darrell Shredder of the Year” at the Metal Hammer Golden Gods Awards. Both Halestorm and their 2012 LP The Strange Case of… were certified Gold, further evidencing Halestorm’s massively supportive fanbase. Last seen in the UK in November, on an all-female-singer tour of arenas, in June last year the band became the first female-fronted act to headline the second stage at the UK’s Download Festival. The band’s latest album Vicious smashed into the Billboard 200 and UK main album chart at #8, clinching #1 on both rock charts too. Expect Halestorm to continue setting records and breaking new ground in 2021. 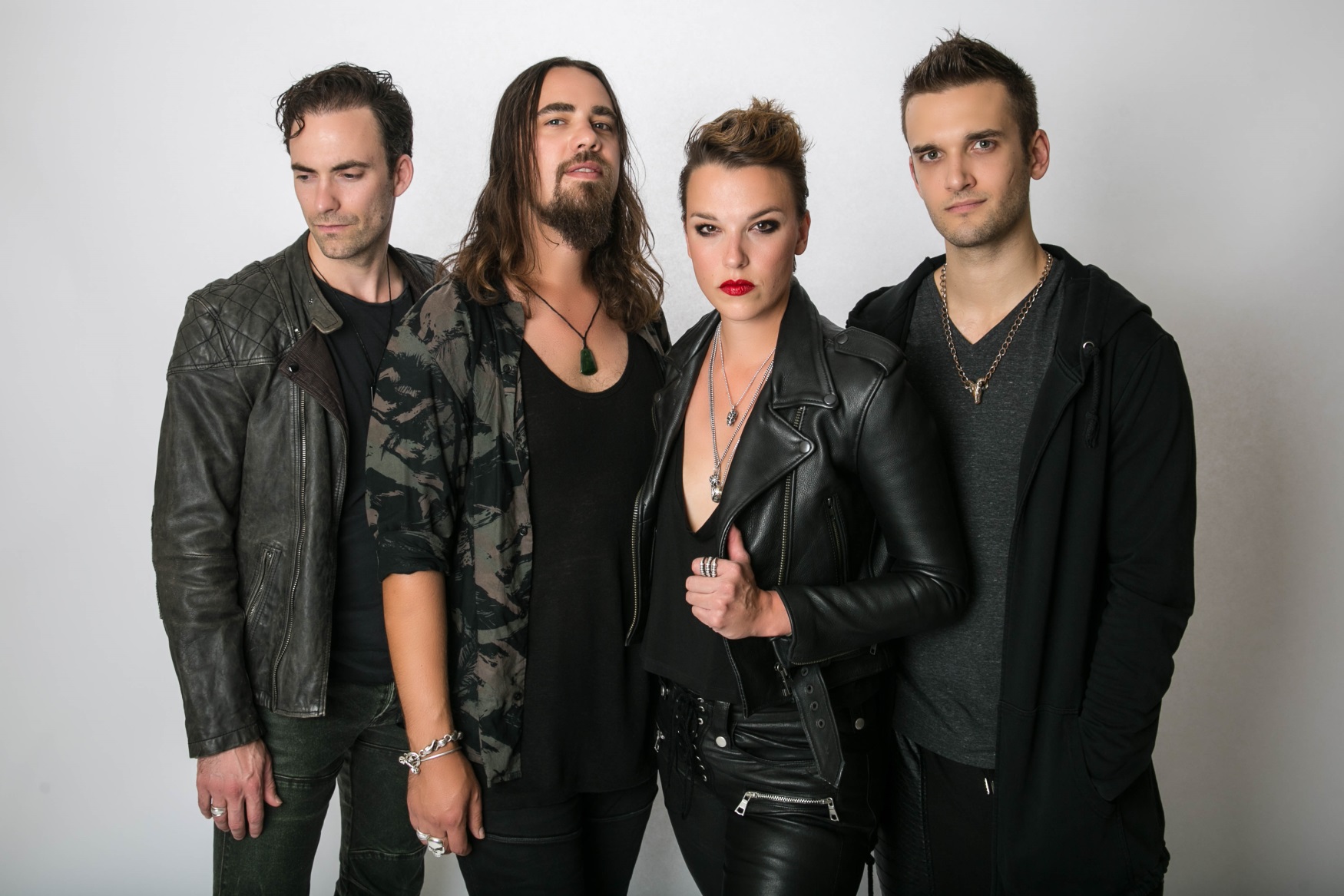 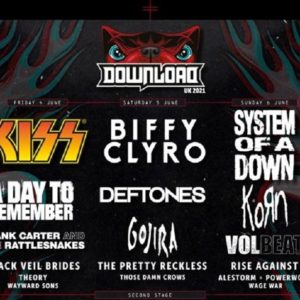 Download Festival, has announced KISS, BIFFY CLYRO and SYSTEM OF A DOWN as its 2021 headliners, plus many more of the world’s...
Copyright 2017 Devolution Magazine. All Right Reserved.
Back to top