Interview: The Fangs Of The Dodo “We seem to pick up fans from all walks of life.”

Everyone imagines goth to be all about darkness, shadows and lurking in corners. The Fangs Of The Dodo think differently though, proving you can have an ink black heart and still like colour and a good upbeat tune. Gary Trueman chatted to the band member known only as The Guardsman.  Topics included musical influences, coping with the virus lockdown and how having a vampire in the band works sunny festival bookings. 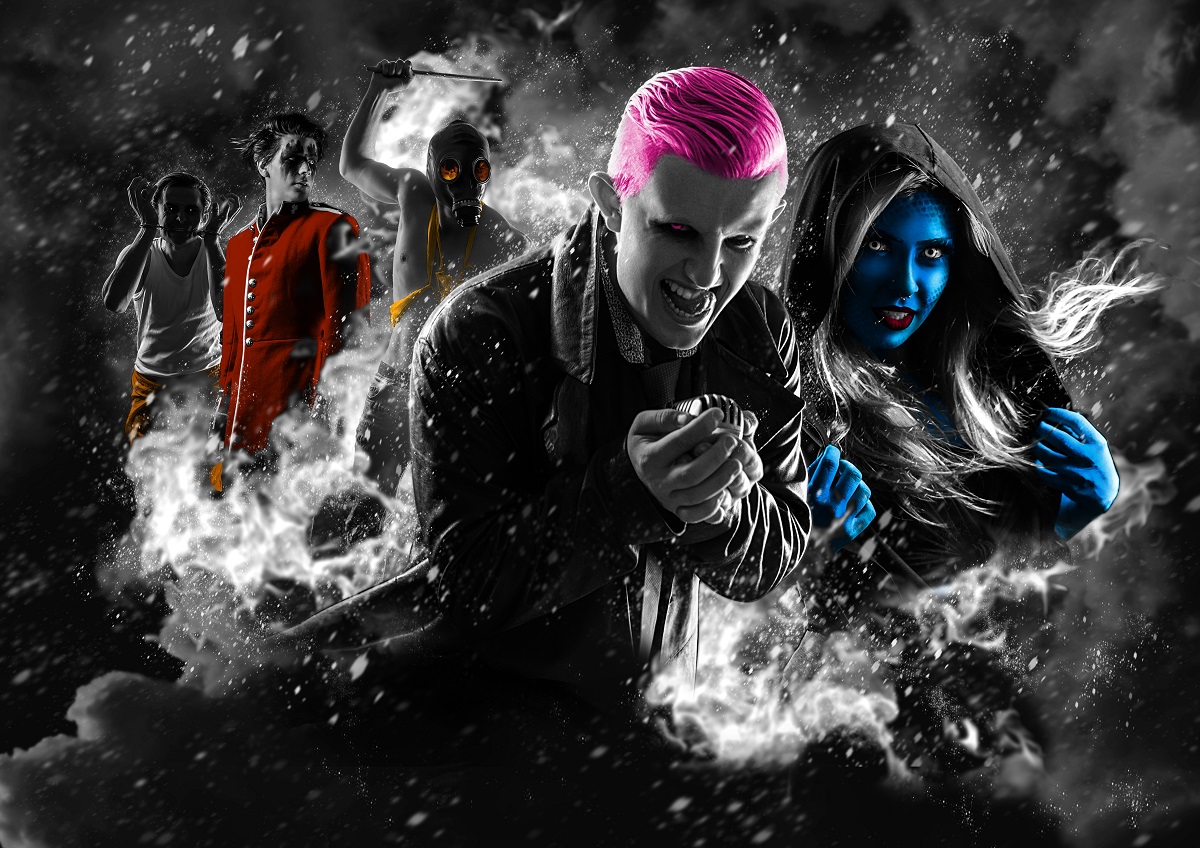 The Fangs Of The Dodo

You’ve taken the whole goth vibe and turned it on its head.  What are the band’s musical and imagery inspirations?

“As for musical influence, we tend to cite our inspirations as coming from Muse, Radiohead and Queens Of The Stone Age, amongst others like My Chemical Romance and Tool. In terms of visual, however, our influences stem more from graphic novels such as Watchmen and Frank Miller’s Sin City artwork. Though Count Dodo claims that his very first inspiration for the band’s look came from Queens Of The Stone Age’s ‘…Like Clockwork’ music video. We like to go for a colourfully dark look, if that makes sense?”

Are there any practical limitations in having Count Dodo in the band?  Maybe playing a festival on a sunny summer’s day might not be a good idea for instance?

“We can normally handle sunny stages with the Count’s personal stash of Factor 5000, so luckily we’ve never had an issue with that. The real struggle is keeping him away from audience members that have his favourite blood type: O Negative. We at least need him to finish the set first.”

Your latest EP ‘The Curtained Sleep’ conjures up all kinds of deep and dark images. What was the writing process like?  Is it something done of a long period of time?  How do you decide on the subjects to write about?

“Writing ‘The Curtained Sleep’ took about a year, and was inspired by many events that happened in the band members’ lives during that period. There were lots of songs that were written during this period, usually with the help of acid and a game of scrabble, but we’ve always been harsh judges of which songs we think are good enough to release and choosing the songs for this record was no exception.”

Your music isn’t just dark it’s also quite upbeat tempo wise.  Have you found that has brought you fans who maybe wouldn’t normally follow an alternative band?

“Absolutely, we seem to pick up fans from all walks of life and all ages. While our typical followers are younger, more alternatively-inclined people, we have fans as young as 7 and some in their 60s, which is always an amazing range to see! Since we have an especially catchy brand of rock, we certainly seem to be able to pull in fans of pop music as well as metal and punk listeners.” 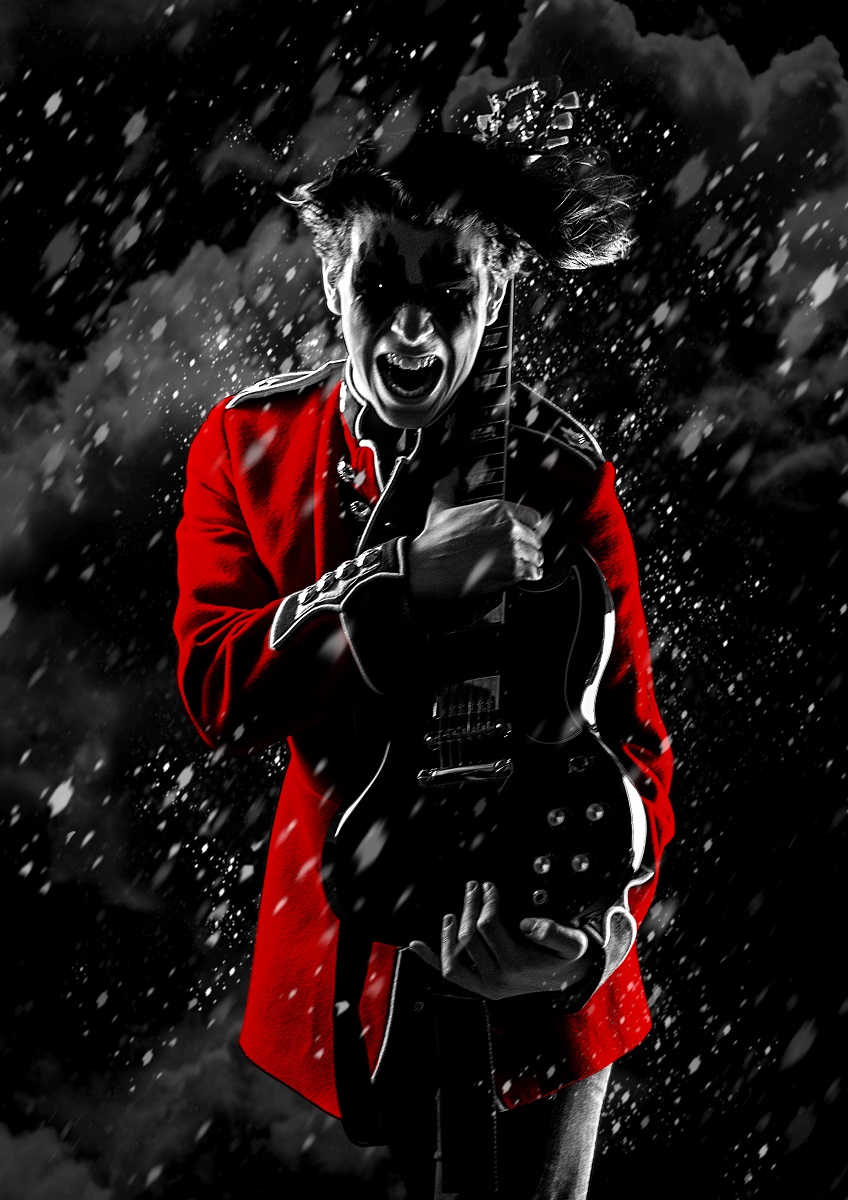 You have both male and female vocals taking the lead on the EP.  That gives you a quite unusual dimension that not many other bands have. How do you decide who is going to sing what? Do you write a song for a specific vocal or see what fits during the process?

“It’s a dimension we really pride ourselves on. Both Cinder and Count Dodo are such great performers, so how could we not let them both front the band? Since the music tends to get written first, the singer tends to be selected based on whose voice best fits the track. At other times it can just be a matter of who has more of a desire to sing a particular song, which can come down to a game of rock-paper-scissors, or just a fist fight.”

With being so difficult to pigeon hole have you found yourselves playing with lots of different kinds of acts?  Does anyone stand out for any reason?

“While everyone we’ve played with has come under the ‘Rock’ umbrella, there’s been a lot of variation in amongst that. We’ve played punk festivals like Get Rad down in Plymouth, played at MCM ComicCon London (which of course had a more pop-friendly crowd), and MacMillan Fest Bristol for a metal crowd. We’ve even been booked to play with Evil Scarecrow this summer, though we’ll see if that goes ahead on its planned date. We’ve always made sure to play with bands we like and admire, so everyone is a standout as far as we’re concerned. We love playing with Moriaty though, they’ve supported us from very early on and always show us up when we play with them.”

Obviously touring isn’t going to be happening for a while but once things start to return to normal are you looking to play around the UK in support of the EP?

“We actually had an entire tour through April and May that had to be cancelled due to the pandemic, as so many other bands have had to do. We’re treading lightly in terms of booking more shows right now, since no one really knows when everything is going to be opening up again at this stage, but as soon as we have the all clear we’ll be heading out on the road as soon as possible.”

How are the band coping with lockdown?  What are they doing to relieve the tedium?

“So far it’s going ok, we’re taking it in turns to walk HAZARD around the park and mostly just biding our time. The Prisoner has had the most practice at this sort of thing, so he’s rather at home in an incarcerated state. We’ve started to record demos for our next big project so that we can have a head start once we’re released from quarantine, and producing content to entertain our followers. Being interviewed like this is always a welcome break from the monotony for me (the Guardsman) as well!”

If you could go back to any point in history and play a show, where would you go and why?

“We’d probably be confusing to the audience in whatever bit of history we could go to, including our own. Playing a day before Chuck Berry’s first show would be funny though, then we could claim that we invented Rock, and rewrite all of musical history past that point.”

The Fangs Of The Dodo

News: The Fangs Of The Dodo’s Cinder Launches Make-Up Tutorial Collaboration With Stargazer. 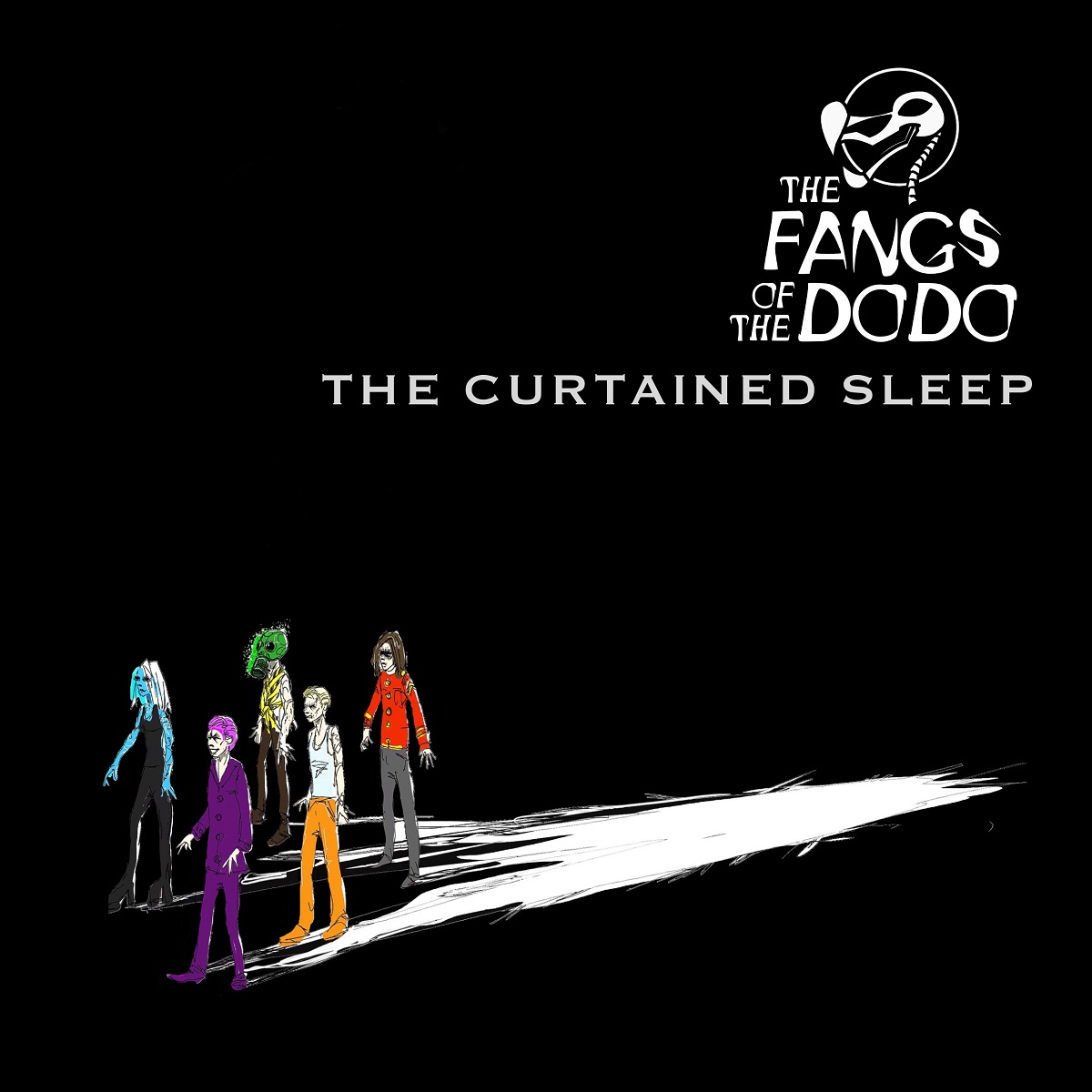 Review: The Fangs Of The Dodo – The Curtained Sleep 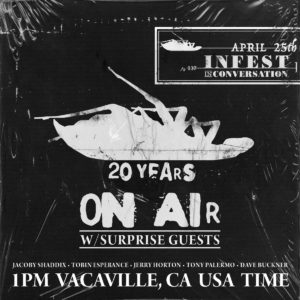