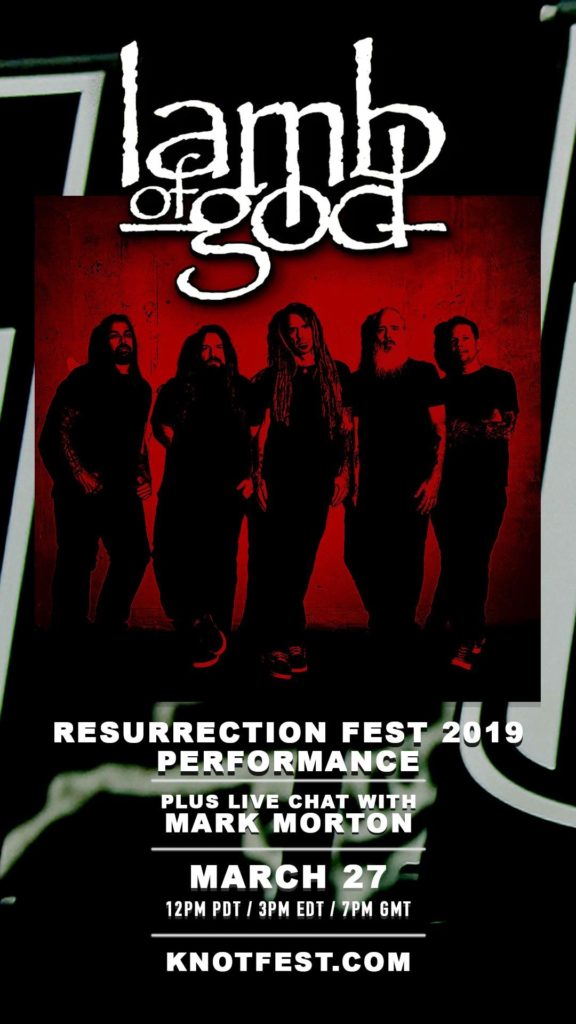 LAMB OF GOD have announced on their social media that they will broadcast their live set from the Resurrection Festival last year on Knotfest.com today, from 7pm UK time. During the broadcast, guitarist Mark Morton will chat live to fans in the chatroom.

The band stated, “Our European tour with Kreator was scheduled to start tomorrow. While we can’t make it over for the tour, we’ve partnered with KNOTFEST to premiere our full set from RESURRECTION FEST 2019, on March 27th at 12pm PDT / 3pm EDT / 7pm GMT at knotfest.com. Mark Morton will be hanging out in the chatroom during the performance watching along and answering questions.”

Recently, the band released the music video for “Memento Mori,” the opening track on their forthcoming self-titled album due May 8 via Nuclear Blast Records. Watch “Memento Mori” at www.lamb-of-god.com or here. The video has already notched up nearly 2 million plays. You can hear Mark Morton discussing this song here.

Executed from a narrative treatment written by vocalist D. Randall Blythe, the “Memento Mori” video features the band (guitarists Mark Morton and Willie Adler, bassist John Campbell, drummer Art Cruz, and Blythe) performing the unrelenting album opener, from their upcoming self-titled new album (due May 8 worldwide). Lyrically and visually, the message of both the song and video are extremely topical, offering hope at a time of societal and personal upheaval.

There is a vast amount of indisputably real and depressingly negative occurrences happening across the globe,” Blythe explains.“Currently, at the forefront of everyone’s mind is the global COVID-19 pandemic. This is a very real concern, and proper precautions need to be taken by EVERYONE in order to protect those most at risk – the elderly, infirm, and immunocompromised. It is indeed a scary time, but in this hyper-connected age with its 24/7 never-ending news cycle of atrocity, outrage, and lurid click-bait headlines (not to mention ill-informed lunatics running amok and spreading misinformation and panic on social media), it is all too easy to lose sight of the fact that life is still carrying on, and good things do in fact still happen.”

“Months before the COVID-19 outbreak occurred, I wrote ‘Memento Mori’ as a reminder to myself to not be consumed by the omnipresent electronic harbingers of doom that surround us – cellphones, computers, and television screens. While these devices can be useful tools, and it is important to stay informed, it is equally important to remain engaged with the real, physical world we with live in, not just digitally filtered representations of reality. I wrote the narrative music video treatment a few months ago to illustrate how warped and myopic our mental states can become when we fail to remain engaged with that reality – if all you pay attention to is catastrophe, then soon you will begin to see monsters everywhere you look. The actual monsters we used in the video are Sinisteria, a local Richmond, Virginia haunted house/dark performance troupe I met on the street at our annual Krampus Nacht parade. Richmond has a strong tradition of loud music and weird costumed monsters working hand in hand to make salient points (we are the birthplace of GWAR, after all), and I couldn’t be more pleased with the results. Music has always been there for me, raising my spirits during hard times, and it is my hope that this song’s positive message will do the same for fans of our music right now and beyond. The release date for the tune was set a good while ago, but the timing seems eerily prescient to me now. So enjoy the song and video, and then remember to step away from the screens for a bit – real life is waiting for you. We only get one shot, so don’t waste this day. Everyone be well, keep a cool head, take care of yourselves, and take care of EACH OTHER.”

Regarding the music, Mark Morton adds, “I had been sitting with the music for the intro and the post chorus for quite a while. I was trying to develop those two parts as separate songs altogether and was a little bit stumped, particularly with the intro piece. Me, Willie, and Josh Wilbur (producer) were doing demos in the studio and the idea came up to try to mash those parts into the same tune and everything just took off. It was one of those times where once I knew what we were trying to do, the riffs just kind of fell out of me like they were writing themselves. It’s always a crazy feeling when that happens. Vocally, Randy heard the intro and said he instantly got a throwback Sisters Of Mercy type vibe from it and he took off from there.” 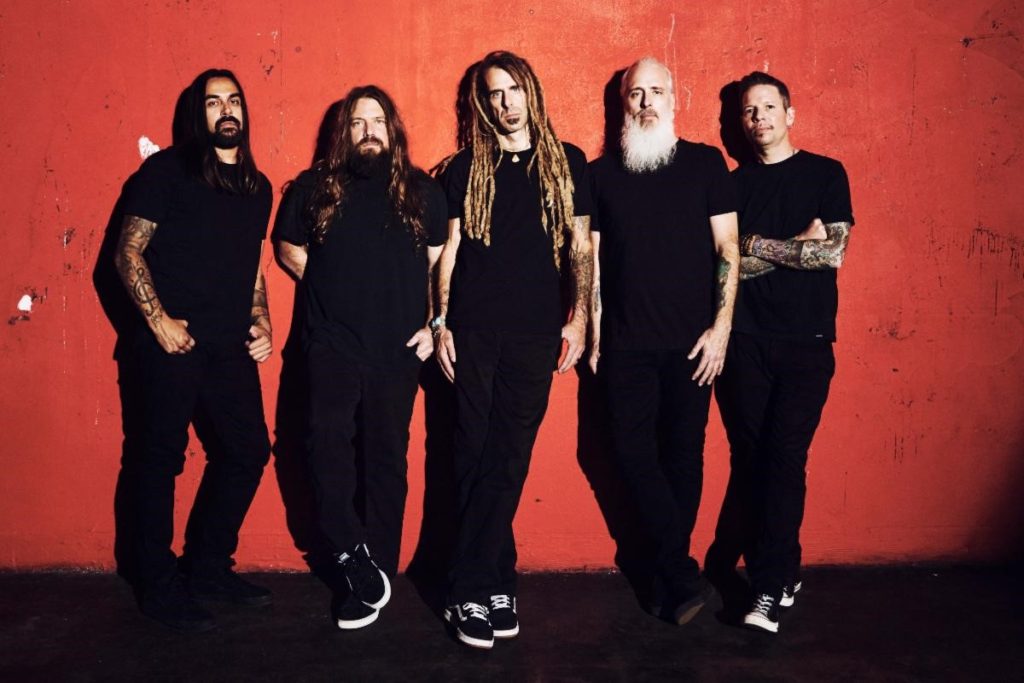 The music video for “Memento Mori” follows fast on the heels of “Checkmate,” the first new music from LAMB OF GOD in roughly five years. Both songs are set to appear on the band’s eighth studio album, which was produced by longtime collaborator Josh Wilbur (Gojira, Korn, Megadeth, Trivium). Lamb of God will be the band’s first record with Cruz, who sat behind the kit with LAMB OF GOD in 2018 and became an official member the following year.  The new album also features guest appearances from Jamey Jasta (Hatebreed) and Chuck Billy (Testament).

For the latest updates, find LAMB OF GOD online:  http://lamb-of-god.com 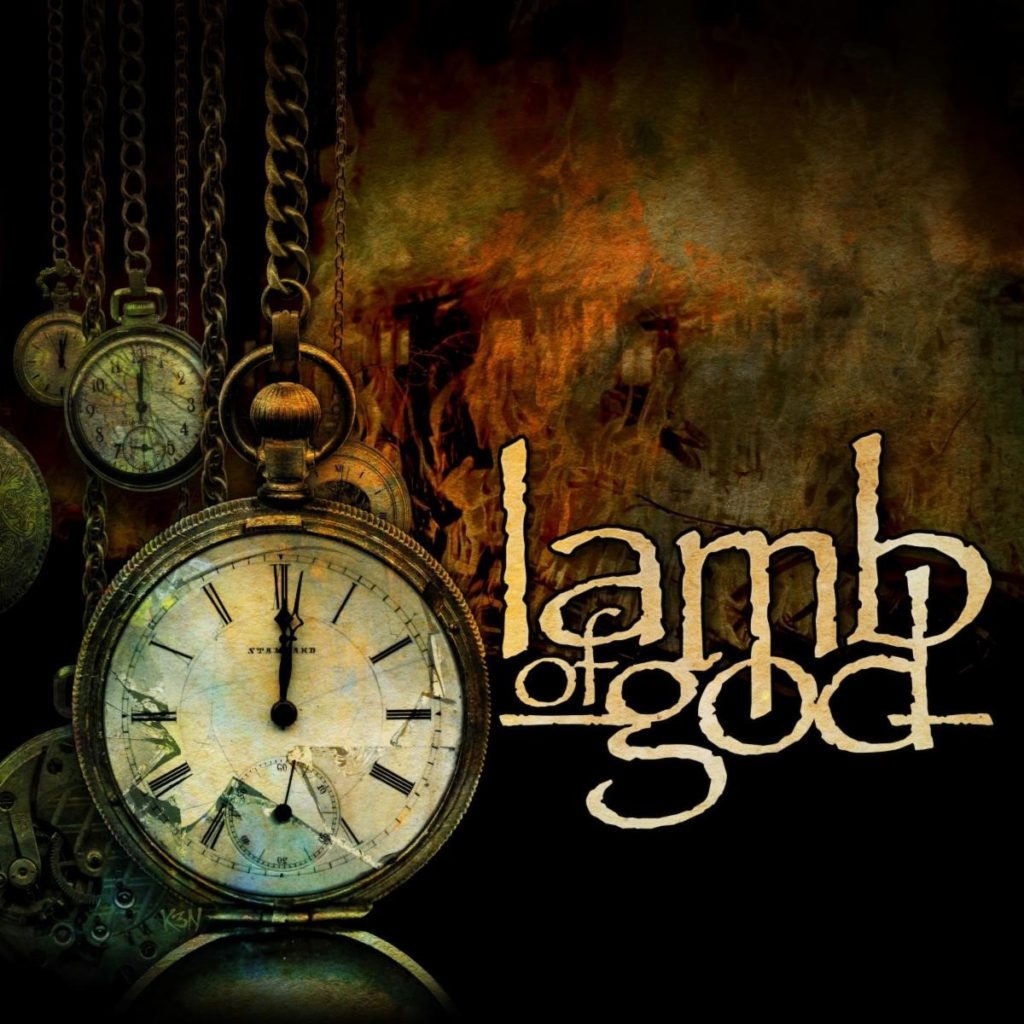 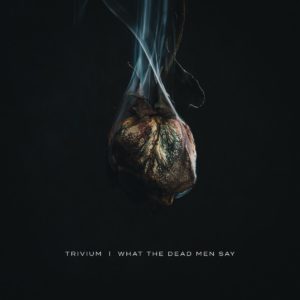