Download Festival has announced the addition of a further 43 bands for the 2020 line up. Alter Bridge, The Distillers, Frank Carter And The Rattlesnakes, Motionless In White and Lacuna Coil will all be heading to Donington Park in June. 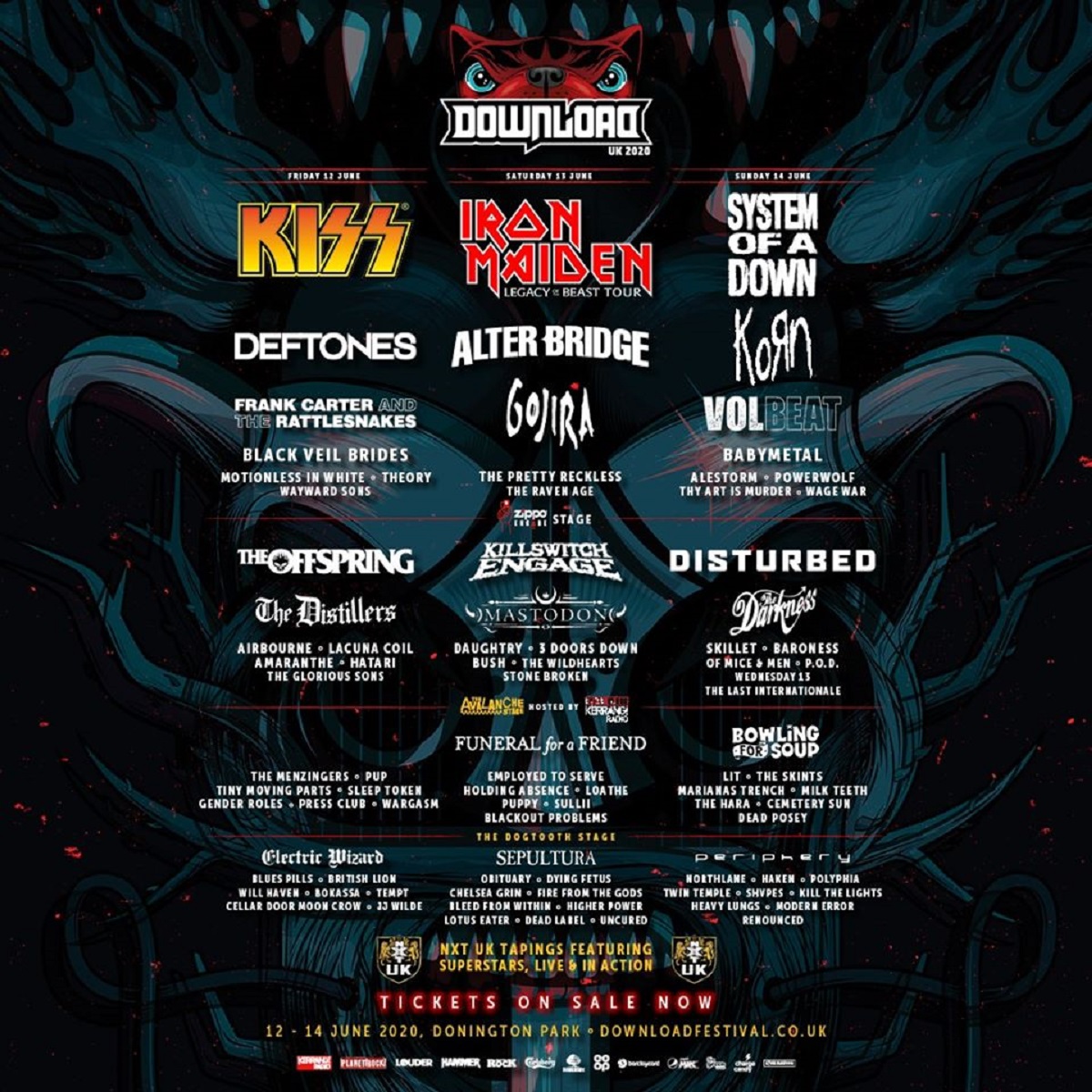 Download continues to put together exciting and eclectic line ups mixing veteran acts with new young blood. A lot of Devolution readers will be very happy to see The Distillers on this latest announcement. While Alter Bridge will also be very welcome back at Donington Park. And Italian goth rockers Lacuna Coil will also be gracing the hallowed turf once more.

Mark Tremonti from Alter Bridge said:
“We are very proud and honoured to be a part of the 2020 lineup.  Download has always been the highlight of our touring schedule over the years, thanks for another opportunity to perform for some of the best rock fans in the world!”

The brilliantly chaotic FRANK CARTER & THE RATTLESNAKES will wreak their own brand of havoc, with pit-starter anthems such as ‘Juggernaut’, ‘Crowbar’ and ‘I Hate You’. MOTIONLESS IN WHITE are staggeringly heavy, with a good dosage of theatrics that will no doubt fuel a memorable performance. Also performing rare Australia’s ferocious THY ART IS MURDER, rising Florida metalcorers WAGE WAR, and melodic Brit metallers THE RAVEN AGE.
Chris Motionless from Motionless In White said:
“Playing Download is an accomplishment that bands of every level still write home about. It is THE festival to be a part of, and I’m so proud to announce that we will be making an appearance again for the first one of the new decade. See you in a few months!”

Looking towards The Zippo Stage, Atlanta’s finest MASTODON have garnered a reputation as a formidable live force, and their performance at 2020 is sure to be enormous. Fronted by the infamous Brody Dalle, THE DARKNESS are also set to bring a healthy dose of classic rock and roll bombast melodic rockers AMARANTHE, bondage-punks HATARI and rock n roll revivalists THE GLORIOUS SONS. They’ll be joined by Mississippi rock stalwarts 3 DOORS DOWN.
Justin Hawkins of The Darkness said:
“UK festival appearances are like children – so precious and impossible to pick a favourite. This year though, my number 1 child is our Download slot! I have a pair of pyjama bottoms designed to look like jeans with tickets for Monsters of Rock 1991 hanging out of the pocket, and that tells you everything you need to know about my excitement levels.”

Following their disbanding in 2016, Download are beyond excited to reveal that Welsh post-hardcore and crowd favourite FUNERAL FOR A FRIEND will make their euphoric return to the festival by headlining The Avalanche Stage. Joining them are Texan troopers BOWLING FOR SOUP who are sure-fire to get Donington singing along to their tongue-in-cheek pop punk anthems.
Ryan Richards from Funeral For A Friend said “As a band, and as individuals – we’ve made some incredible memories at the hallowed grounds of Donington through the years, so it’s going to be nice to come back and make a few more together. Those trademark black fringes are a bit greyer/balder these days, but we’ll still be able to show these young ‘uns a thing or two!”
Jaret Reddick from Bowling For Soup said:
“Download Festival is always something special for Bowling For Soup. So many of the stories we share with other bands and family members back home come from our time spent playing or hanging out at this festival. Very much looking forward to making more memories this summer…and of course bringing something special to our show, that only BFS can get away with!”

Elsewhere on the Avalanche Stage are Philadelphia’s THE MENZINGERS who will draw a monstrous crowd with their honest melodic punk, Woking’s brutal EMPLOYED TO SERVE, anonymous collective SLEEP TOKEN, garage punk outfit PRESS CLUB, Welsh post-hardcore band HOLDING ABSENCE, Liverpool prog-metallers LOATHE, mysterious emo rapper SULLII, London ska-punks THE SKINTS, alt-pop-rock Mancs THE HARA, Northern Californian pop-rockers CEMETERY SUN, and Brighton indie punks GENDER ROLES. They’ll be joined by punk trio MILK TEETH.
Headlining The Dog Tooth Stage are genre defining heavy music titans SEPULTURA who are set to be a crowd pleaser with huge songs such as Roots Bloody Root and Refuse / Resist.
Derrick Green from Sepultura said;
“We are ecstatic about our return to Download Festival. It’s an honour and pleasure to be a part of a festival with such a rich music history. We look forward to rocking out with you all!!”

Download Festival have also announced the return of WWE NXT UK to this year’s festival. The first round of Superstars to be announced are title-holders WWE NXT UK Champion WALTER, NXT UK Women’s Champion Kay Lee Ray, and NXT UK Tag Team Champions Gallus. The first-ever WWE United Kingdom Champion Tyler Bate, and his Tag Team partner Trent Seven, will no doubt bring a stunner of a show. Also set to perform is Finn Bálor’s protégé Jordan Devlin, the highflyer Mark Andrews, and his Tag Team partner Flash Morgan Webster. Toni Storm is also confirmed, alongside powerhouse Piper Niven – both of whom will bring the energy to Donington Park. NXT UK has made a massive impact at Download in previous years, full of tense moments and adrenaline-soaked performances, it’s the ultimate spectacle for fans of loud music and even louder sport.

You can get more information and buy tickets by visiting: https://downloadfestival.co.uk/ 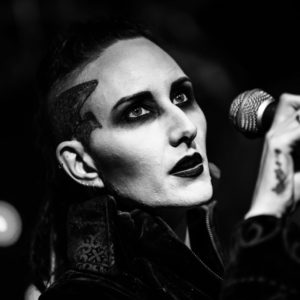