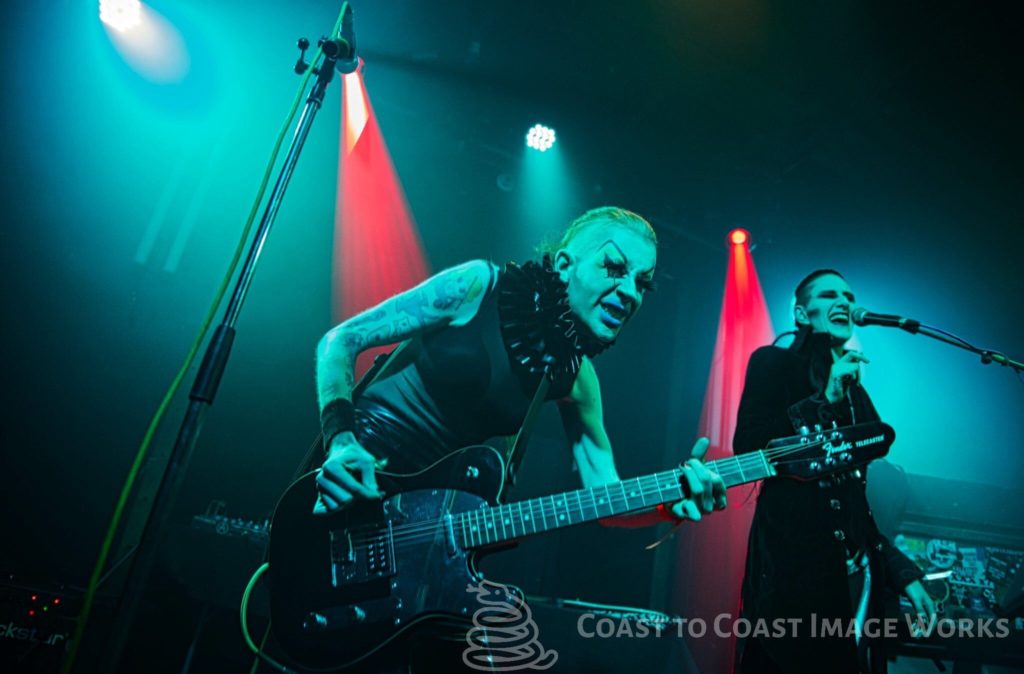 Down the wooden hill of Bedfordshire spawned the industrial gothic rock duo Unquiet Dead. Blending down tuned pounding licks with multi layered compelling vocals the duo enchant their audience with their enthralling live performances. We caught up with vocalist Lora Maze and Jason Kahl for this introducing feature.

Tell our readers about your current album.

“Released in October 2019 our second album ‘ANIMA IGNIS’ revolves around the theme of fire. Where we reduced the grunge thrash guitars from the debut, we have ramped up the industrial soundscapes while still keeping it strange. Who doesn’t like a gothic waltz just after a spine thumping industrial head smash?”

“If the future ghost of Kate Bush ever sung the fictional memoirs of Nosferatu at the top of the St Pauls it would influence us to sound like we do!”

“This is going to shock you but….. Nosferatu and the lovely Kate Bush.”

“Naaaah, just Kerrang compilation CD’s all the way with no complaints!”

Pick your dream band line up.  Each band member selecting a corresponding musician who may be dead or still very much living.

“As Cthulhu is a combination of an octopus (guitar), a dragon (vocals), and a human being (gig organiser) AND just looking at them would drive viewer insane, we feel this perfect.”

“This depends if you’re implying we would actually kill and cannibalise each other, or if you’re asking who would get eaten by a wild animal first. I don’t think I’d bother resorting to eating Jason, mostly because he doesn’t look like he contains many calories, it would only prolong the dying process slightly, and I’d be lonely having killed my only friend on this island. And we’ve yet to have a race so I don’t know who who outrun a wild carnivore.”

“We really get into our live performances so having a venue owner run onto the stage mid set to ask the cost of our album was unusual but lovely. Having people pass us drinks through our sets too is completely great – keep them coming!” 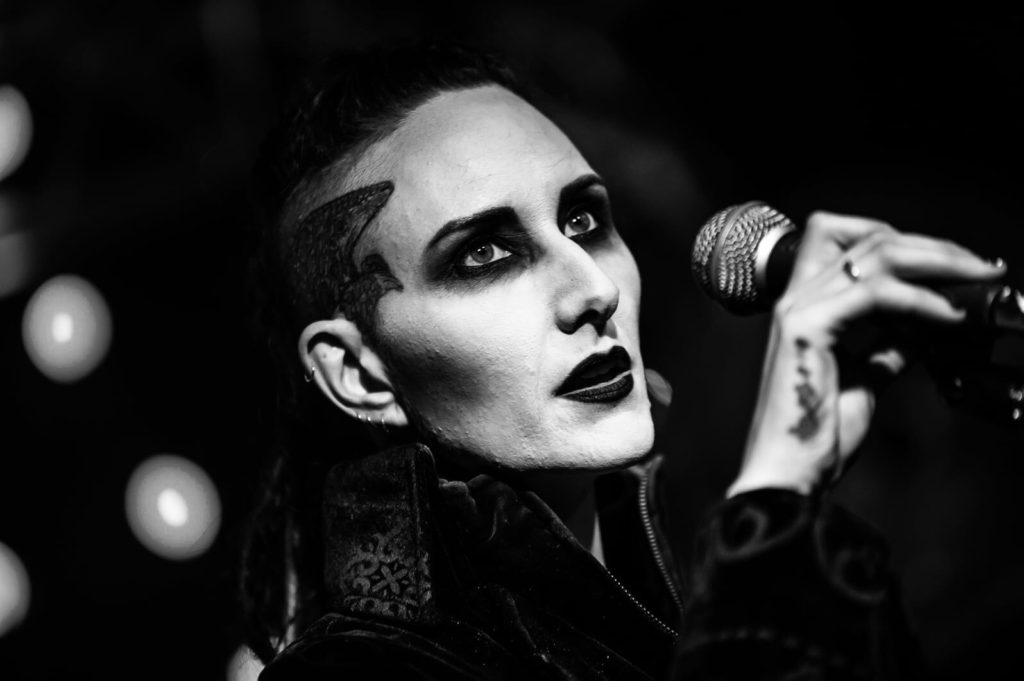 “Ghost…because they are so so awesome, and I think we’d fit in well with the spooky aesthetic. I feel quite hurt and annoyed that it took me until 2019 to discover them. I am especially annoyed at Jason for never once mentioning them even though he saw them at Sonisphere years ago.”

“I’m going to resist the urge to say Bowie because I feel he has permeated so many avenues of our modern culture already that he is now omnipresent. Chris Cornell was definitely taken from the world too soon.”

“A hand written letter from Tobias Forge (Ghost B.C) confirming our world tour support with them.”

“Zelda: The Wind Waker all the way.”

“I’d say musically it’s pretty much split 50/50 on our most recent album, and on our first album too. Half the songs were started by myself, and the other half by Jason. We pretty much just ping pong tracks backwards and forwards until we’re both happy with them, it’s actually quite hard to keep track of who wrote what, a lot of songs sound completely different to how they were first demoed.”

“I absolutely love concept albums, and actually have a vague idea for one for our next album. War of the Worlds scale!”

What are the band goals for 2020? Anything important or any milestones to be reached?

“100% be Glastonbury, we absolutely love it and would love for us to play there one day!”

“It has got to be Killstar right? Would be wonderful to be kitted out for tours!”

“We love you, and thank you for continuing to listen say nice things about our music.” 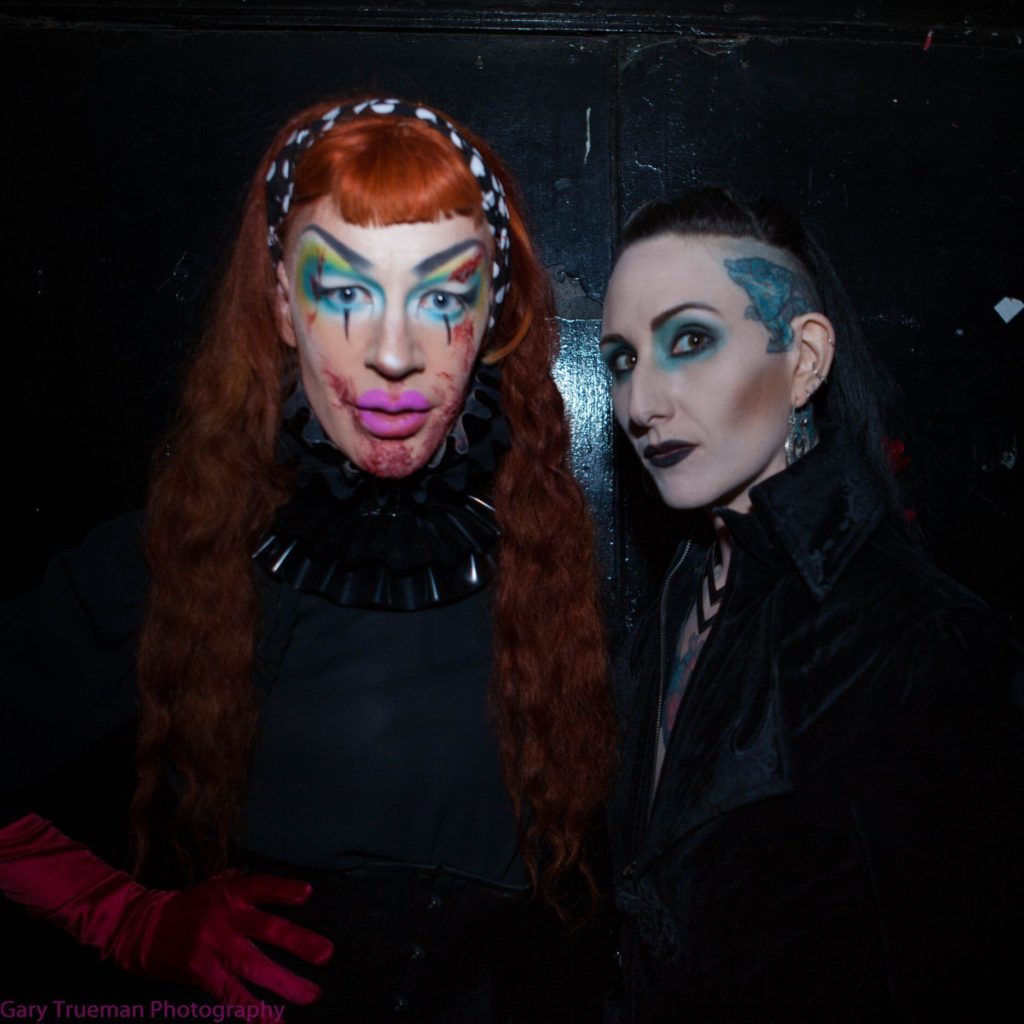 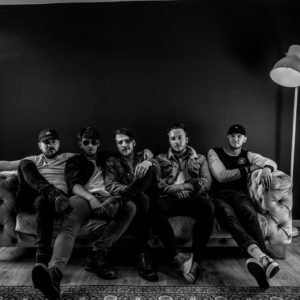 Bloodhounds are a hard-hitting rock band from the South of England. After releasing their self-titled EP in April...
Copyright 2017 Devolution Magazine. All Right Reserved.
Back to top