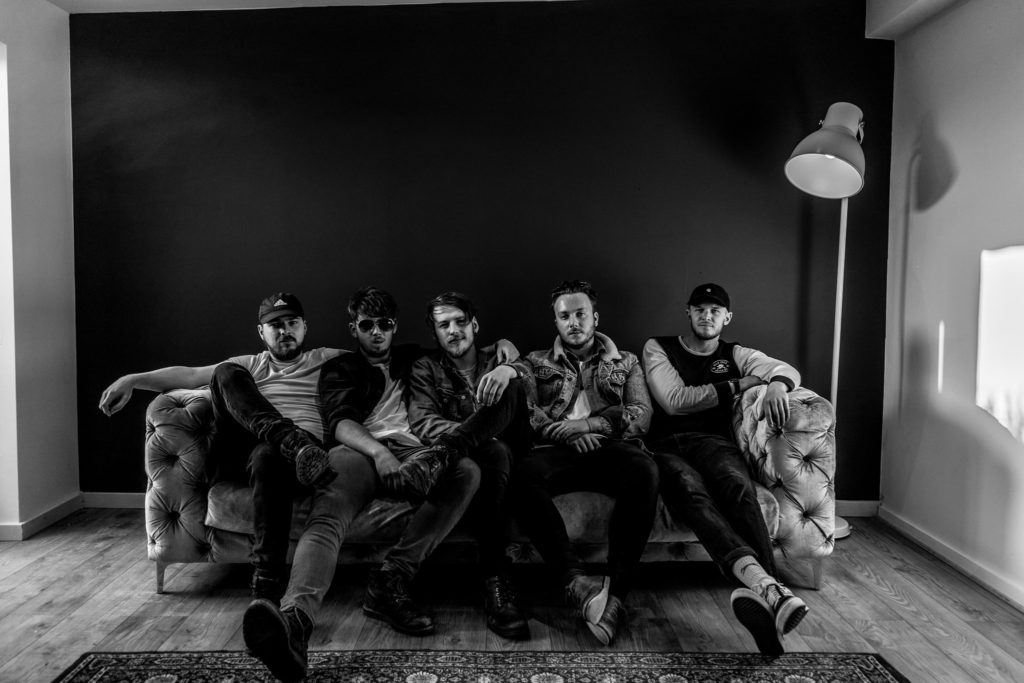 Bloodhounds are a hard-hitting rock band from the South of England. After releasing their self-titled EP in April 2018 and their 1st single “Pit of Snakes” they have been playing the UK relentlessly, giving themselves a solid reputation for providing a fun, fast and ferocious live show – which in turn has let them share a stage with bands such as Hacktivist, Allusinlove, St. Agnes, Dream State, Faithless and many more! They combine the dark undertones of 90’s and 00’s Grunge with modern heavy rock grooves which gives them a unique, energetic but rhythmically sexy sound and they fuse hook filled melodies with consistently energetic stage presence and soaring vocal lines. We caught up with vocalist Joe and Rhythm guitarist James for this introducing feature.

James: We’re a rock-music band that does groovy riffs sometimes. Trying to channel Soundgarden and bring it into upbeat party music territory. Music to move to.

Tell our readers about your current album / ep / demo release…

James: Audioslave. Our singer (Joe) had a huge man crush on Chris Cornell (R.I.P) and learnt to sing mainly by singing Soundgarden and Audioslave songs. Mix that in with some groove riffs and that’s what we’re aiming for with our sound. It’s well-trodden ground, but we do it right and that’s all that matters.

James: Absolutely Tom Morello. That man is an absolute genius. Makes the hardest riffs outside of heavy metal territory that I’ve ever heard. So simple but so effective!

Joe: Now, I’d have to say Alter Bridge – Miles Kennedy has the best voice in the game right now. It’s absurdly good. Eddie Vedder has always had a place in my heart, I think he conveys emotion in a way that I haven’t heard replicated since.

Do you argue over what music gets played on the way to a gig? Who wins and what’s the most popular choice?

Never. We always stick on some Malevolence or Rage Against the Machine to get us in the mood. It hypes us up every time!

Pick your dream band line up. Each band member selecting a corresponding musician who may be dead or still very much living.

Joe: Drums: Keith Moon – what a legend. Lead Guitar: Mark Tremonti, playing is just so incredibly tasteful. Vocals: Eddie Veddar from Pearl Jam. What a rasp that man has. Rhythm Guitar: James Hetfield is one of the best rhythm guitar players – he’s so tight. Bass: Tim Commerford from RATM and Audioslave.

Joe has lost so much weight recently that the meat vs. emotional toll wouldn’t be worth it. Mike and Tom are too good looking to kill, and James just looks like he’d taste rancid. Has to be Jack just because of the extra meat. You’d get some incredible cuts.

James: Joe fell over on his own feet, off the stage in Basingstoke during a huge breakdown in our final song (Pit of Snakes), but I guess that counts as off the stage. On stage in London, we had the reverse, our singer was hanging off the balcony off the stage and managed to fall onto the stage during the same breakdown. This time he managed to grab the mic and queue us back in on time.

You’re asked to select a band to tour with you as support. Who would you choose and why?

James: Cancer Bats. The energy and excitement they bring to every show is unparalleled. One of the hardest working bands in the industry too – they’ve been going over a decade and released banger after banger. The Rattlebacks are a close second. Love those guys.

Joe: We’ve also played a few shows now with a great band called The Rattlebacks and we’re looking to be travelling the UK with them at some point soon.

Not weed. Because that would be illegal, and we don’t condone crime.

You’re stuck on a night off mid tour with just a games console and a handful of games for company. Do you choose Call Of Duty, Zelda, Need For Speed or do you just raid the mini bar?

James: If there’s no Tekken it’s a no deal.

Joe: I don’t like to talk about playing games while James is around. I have suffered enough.

James:  Integrity is the most important thing when expressing yourself. If you’re putting in work that’s inauthentic or forced that’s going to come across in your music. In a day and age when publishing yourself is easier than ever, there really is no excuse, be true to yourself.

Joe: Exactly that, it would be great to work with a major label who sees our vision and can get behind us but until them people come along there’s nothing wrong being an independent band. 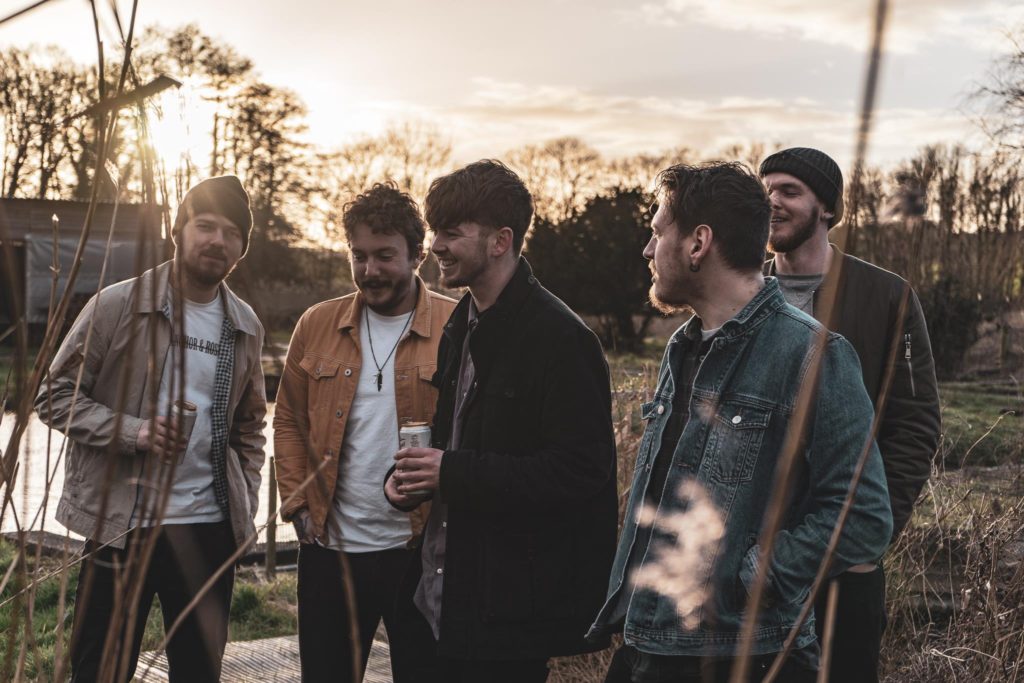 James: Probably some Black Tongue. Just something to take the edge off really.

James: Usually it’s I, Joe or Jack that will have a single riff that then inspires a whole song when taking it into a studio. Other than that, it’s either myself or Joe who will get a main structure down, which prompts the lads to take it to that next level. So, it all comes down to us making a collaborative effort in the end.

James: Definitely. Whilst our album isn’t going to be a concept album it’s going to have gapless elements. There’s room for the three-minute pop song just as much as there is room for the hour-twenty odyssey.

Joe: It’s a shame that these days some people just dip in and out of albums for their favourite songs, and don’t sit through and listen to a whole album from start to finish. People are missing out on a lot of good stuff because of this. There might not be as much of a demand these days, but with the resurgence of vinyl who knows what’ll happen! I wouldn’t say that it’s dead!

James: It’s our major focus. Putting out music that people want to come and see live is our main driver. That’s our main reason for being in a band.

What are the band goals for 2020 as we fast approach the new year? Anything important or any milestones to be reached?

James: Touring as much as possible off of the back of our album release is the main goal. Feet on the ground, putting in the grind and getting our music heard. That’s what we’re after.

Joe: One of the heavier days at Reading would be amazing. 2019 had an awesome line-up with A Day to Remember, Foo Fighters, Frank Carter and the Rattlesnakes and The Distillers. I think we would have suited sharing a stage with those.

James: I use mainly PRS and Fender so either of them would be nice. Love the spanky tones you can get from Strats in particular. Been after a telecaster for a long time, but never gotten around to buying one! Maybe one day!

James: Myself. For both. Just to make a bit of a day of it ya know. See what’s good and all that.

Joe: I would send James to Hell and not make anyone an angel just so he knows I ain’t playin’.

Joe: We are overwhelmed by the support that we’ve gotten for our music so far. Thank you to every one of you who listens to our music. We’ve been working so hard and have so many songs on the backburner that we can’t wait to show you. This year all will be revealed.

James: We’re incredibly thankful that we’ve been given an opportunity to express ourselves, and the fact that people listen makes us even more thankful. This band is an important outlet for all of us, and I’m glad that people like it!

Joe: Our releases Pit of Snakes and Imminent Funk are only the tip of the iceberg. Make sure to follow closely as we’ll soon be supplying the goods. 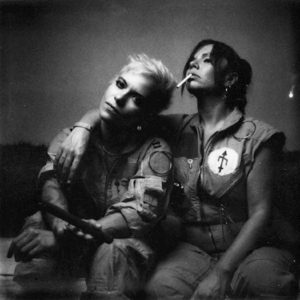