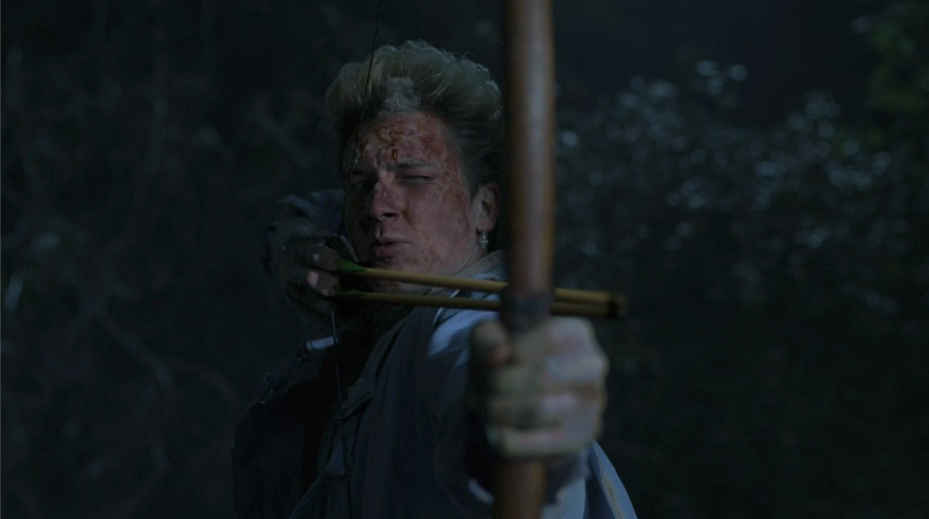 The series’ big reveal unfurls as Camp Redwood is shown to have more secrets than Margaret Booth’s conscience – regardless of the fact its secret is something the AHS anthology series has touched on three times before. Murder House, Hotel, Roanoke and now 1984 all centre around ghosts that are chained to their death sites. Is Ryan Murphy running out of ideas? Or is this a convoluted attempt at bringing every series together in celebration of next week’s Episode 100?

Revealing Donna Chambers’ remorse and tragic backstory was one desperately needed reprieve for the current guilty parties in the camp, playing on the character’s familial appetite for murder as her driving force behind setting Mr Jingles loose on the counsellors. Angelica Ross’ diverse portrayal of a tormented psychologist has become an admirable addition to the AHS family that the series would do well to continue into series 10.

Hell hath no fury like an actor whose face is burned – while the demise of Xavier Plympton after a heroic act to end Mr Jingles was as predictable as deaths come, the 360 turn of the camp’s once tearful actor is perhaps the most surprising development of all, transitioning from a tragic Hot Pocket to a fired-up Robin Hood. Speaking volumes for fan favourite Cody Fern’s talents, Red Dawn will not be the last of his dark turns now he is eternally trapped in Camp Redwood without a face for radio.

Montana’s unfounded vengeance against Brooke ends in her own death and simultaneously proves the theory that the good girl will be the one survivor, however Brooke’s future in custody under suspicion for every spill of blood at the camp suggests the series has much more to offer from Emma Roberts. While fans scream at the screens for the demise of evil leader Margaret Booth, the deaths of Chet and Xavier at her hands will no doubt be avenged in good time… providing somebody can find Chet’s body at the bottom of the lake.

Apocalypse enthusiasts will no doubt catch the hint that Brooke sleeping with the now-decapitated Ray, under any other circumstances in the Murder House, usually denotes the birth of an Antichrist. However, considering Camp Redwood is not situated at the site of a hellmouth, this union could be a harmless detail that Murphy and co. are best to avoid for the sake of repetition.

Utilising a closing hint to Mr Jingles selling his soul to Satan at the behest of Richard Ramirez, the once warring antagonists have joined forces and it is up to Episode 100 to tie together the loose knots of Camp Redwood’s skewed time-space continuum. That is, if nobody else sells their soul too. 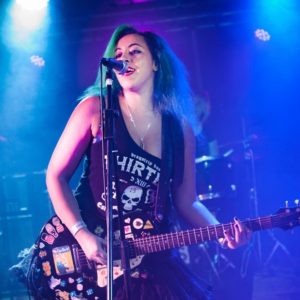 The Kut/Fuzz And The Felts/Novastatus The Met Lounge, Peterborough  17/10/2019 It’s a midweek show, the weather...
Copyright 2017 Devolution Magazine. All Right Reserved.
Back to top