Interview: Pollypikpocketz “We want to take our music everywhere and blow people away with it.”

Pollypikpocketz epitomise all that is good about the music scene right now. Their music is a crossover of rock and punk, they work hard at what they do, and they have fun doing it. They’ve put in the hours and are now getting the recognition they richly deserve. The four piece are Myura (vocals), Frog (bass), Mat Kiki (guitar) and Shane Howard (drums). Gary Trueman met the band just before a show and chatted to them about the current music scene, playing Rebellion Festival for the first time and which band member has a car still equipped with a cassette player. 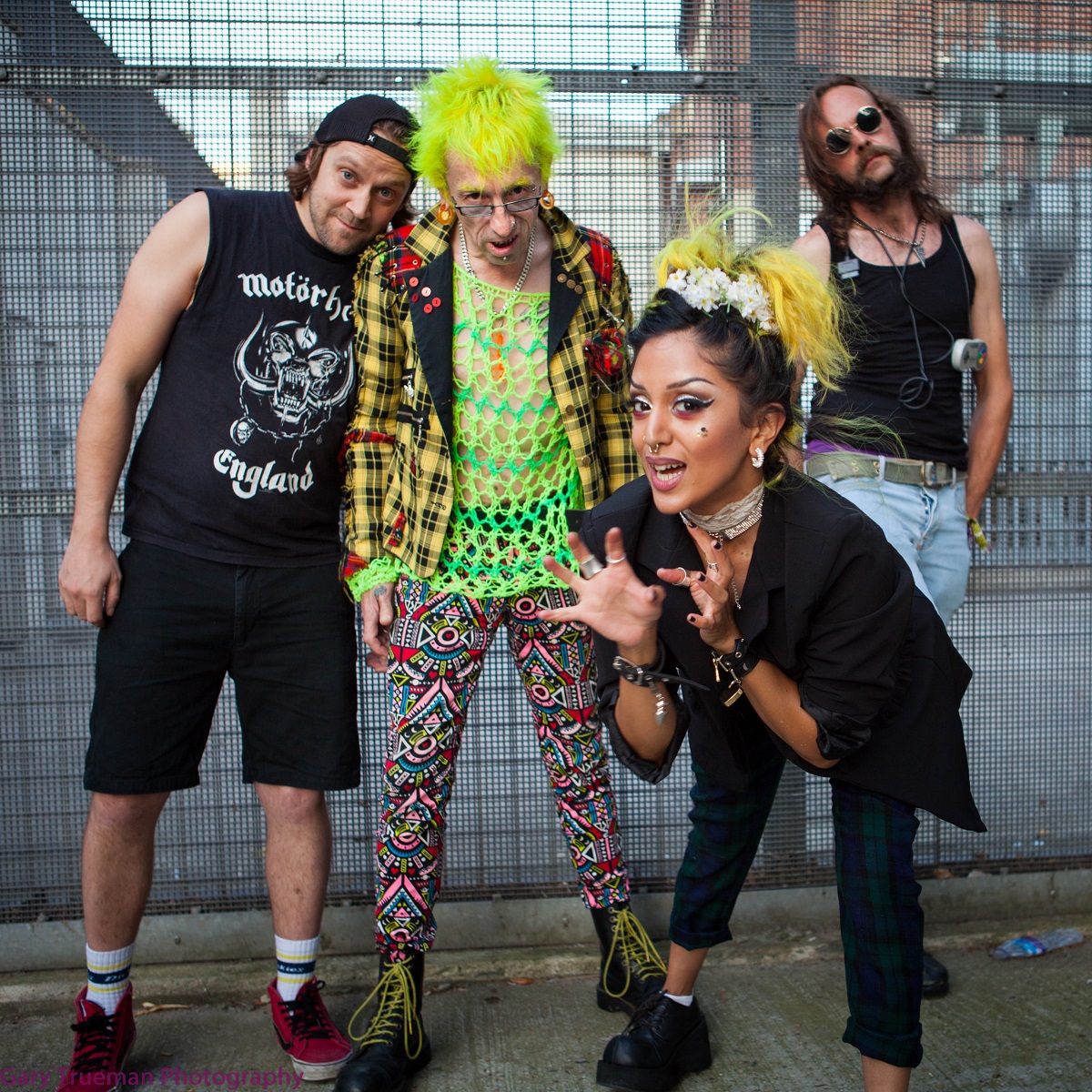 How long have Pollypikpocketz been going and how did you get together in the first place?

“We’ve been playing live since 2015. It was late 2104 when we got together. We only wanted Mat Kiki because of his moustache and we didn’t have enough facial hair in the band. Kiki was drafted in due to his tremendous side burns.”

You do look remarkably different to each other. You see lots of bands where they conform to a certain image but you guys don’t do that. Does that reflect your diverse individual music taste?

“Frog copied Myura’s yellow hair. With music taste it’s possible when Kiki joined the band he might have made us a bit heavier. He used to be a metal nutter but he isn’t any more. He likes listening to 60s pop music now. But we don’t sound like 60s pop so we’re not really sure how much of an influence that is.  We do like different stuff but we also all like a lot of stuff the same too.”

Do you find that because you can’t be pigeon holed you find you get lots of gigs playing with all sorts of other bands rather than just playing with bands from one genre?

“We hope so. We like to play with any bands, it doesn’t matter what they are, punk, metal, reggae, anything. We prefer that as well rather than having three whatever punk bands or metal bands, it’s nice to have something a bit different. There are several bands who we are good friends with that we’ve done loads of gigs with and the variety is always there. And we’re always discovering new bands too.”

Is music less well defined genre wise these days? And are fans finding lots more different types of music to like because it’s more readily available through mediums such as the internet?

“Look at PunknRoll Rendezvous that has over 25 bands that are all totally different. And the crowd will be made up of totally different people. It’s not specific to one genre. It’s all only rock and roll at the end of the day.”

You’re well known on the London scene and now nationally. Are you aiming to go out to Europe and the US at some point?

“We want to go everywhere., apart from America because we might have too many problems getting in, or at least getting Frog in. We want to take our music everywhere and blow people away with it. We do really want to go to America…. We might need to get a stand in bass player though haha. He’s not just the bass player though, he’s the cunt of the band.  Every band needs one of those.”

So when you travel to gigs is it a tour van or cars? And what about travel music, who plays what?

“Usually cars. Kiki and Shane both have Batmobiles. Myura lost all her cds the other day, she had The Matrix sound track and The Queen Of The Damned sound track. Someone is enjoying her cds at the moment. Kiki’s car is 20 years old and has a tape player in it and the radio is knackered because the aerial is broken. The only station it can get is Gold on AM which is mostly cheesy old pop music. Shane’s car is a bit posher and a bit bigger.” 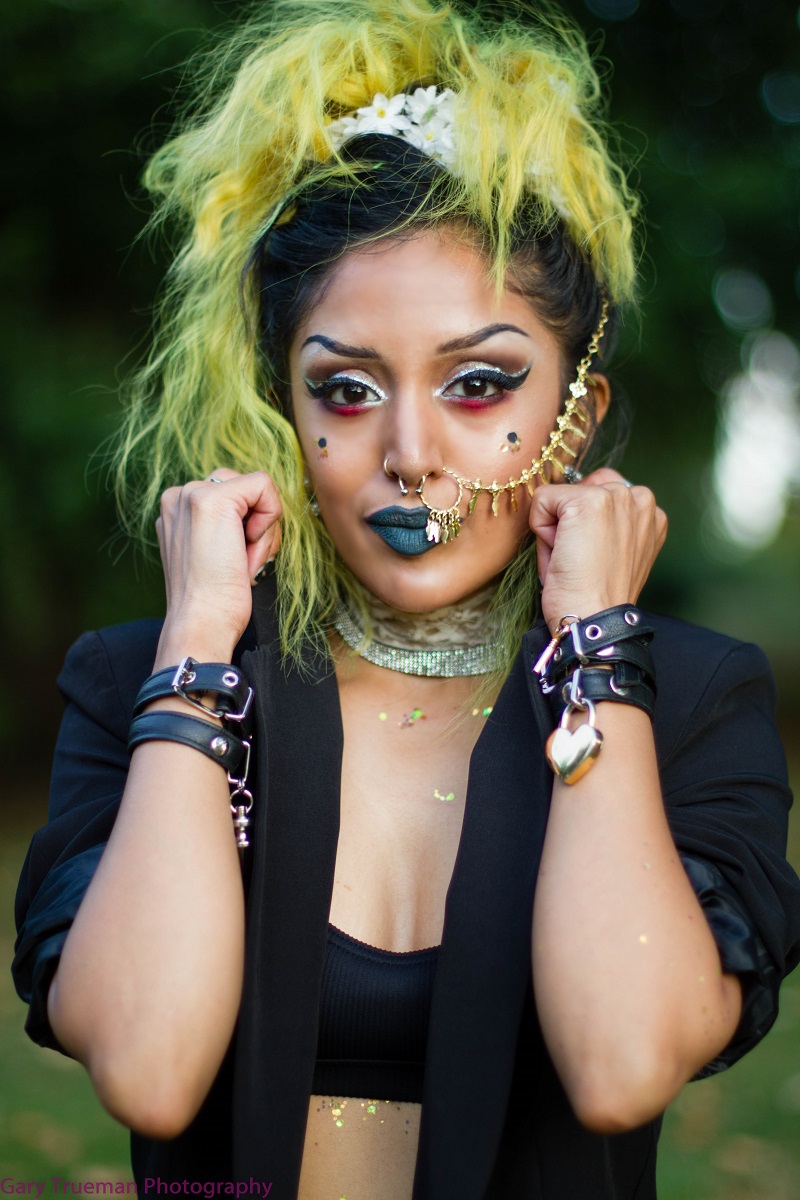 Very recently you played Rebellion Festival. How was that experience?

It was great. It was a fun gig. We want to go back if we can. Kiki still has his free lunch voucher so he’s hoping to go back to use it.  Hopefully it won’t have an expiry date on it.

Did you get a chance to check out any other bands while you were there?

“We saw The Godfathers, saw a bit of The Stranglers. Mostly though we saw smaller bands that we know and supported them.  We caught Habits, Shock who are from Spain. We saw some acoustic acts, we saw Desensitised and Weekend Recovery. We saw Healthy Junkies twice because they played Tache as well as Rebellion.  We’d love to play there next year, or one of the other fringe gigs.”

Rebellion have increased the acts on the introducing stage now and have it running all weekend.  Do you think that’s a good idea?

“Totally, why wouldn’t it be? It’s right by the front door too. A lot of the bands on the other stages people have probably seen many times before so it’s great to have some new bands show their faces. People might get their eyes opened to something new. We heard lots of people talking about the introducing stage because they wanted to check out what was new. It’s the only stage without a barrier which is cool. We played that stage but we’re not really that new a band, however we hadn’t been introduced to those people before, or most of them.”

It does take a little while for bands to get established though doesn’t it?

“Of course it does. You haven’t really started until you’ve done 25 to 30 gigs together because that’s when you really start to gel as a band, and you know each other on stage and know the songs off by heart. Any band that thinks they’ll be brilliant on their first gig, even if they’re really good, won’t be any where near as good as they will be 25 gigs down the line. You have to put the work in and get the experience. And you need to play gigs where there’s no fucker there either but still play like it’s a full house. If there’s just two pissheads and a disinterested dog so what? Still put everything into it like any other or what’s the bloody point?”

Give a really good reason other than the music why someone should come along and watch Pollypikpocketz play?

“Because if you don’t we’ll come round and burn your house down, haha. And you need to come and see Frog’s incredibly sexy jumper.” 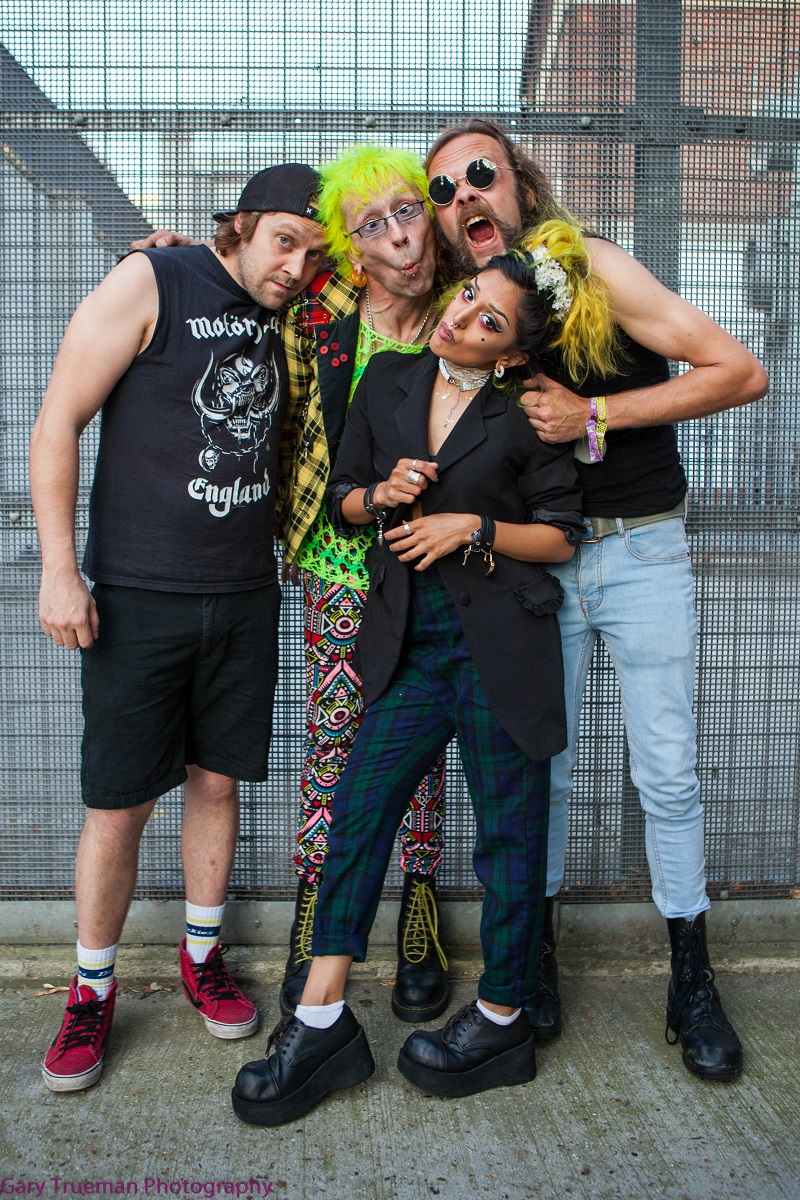 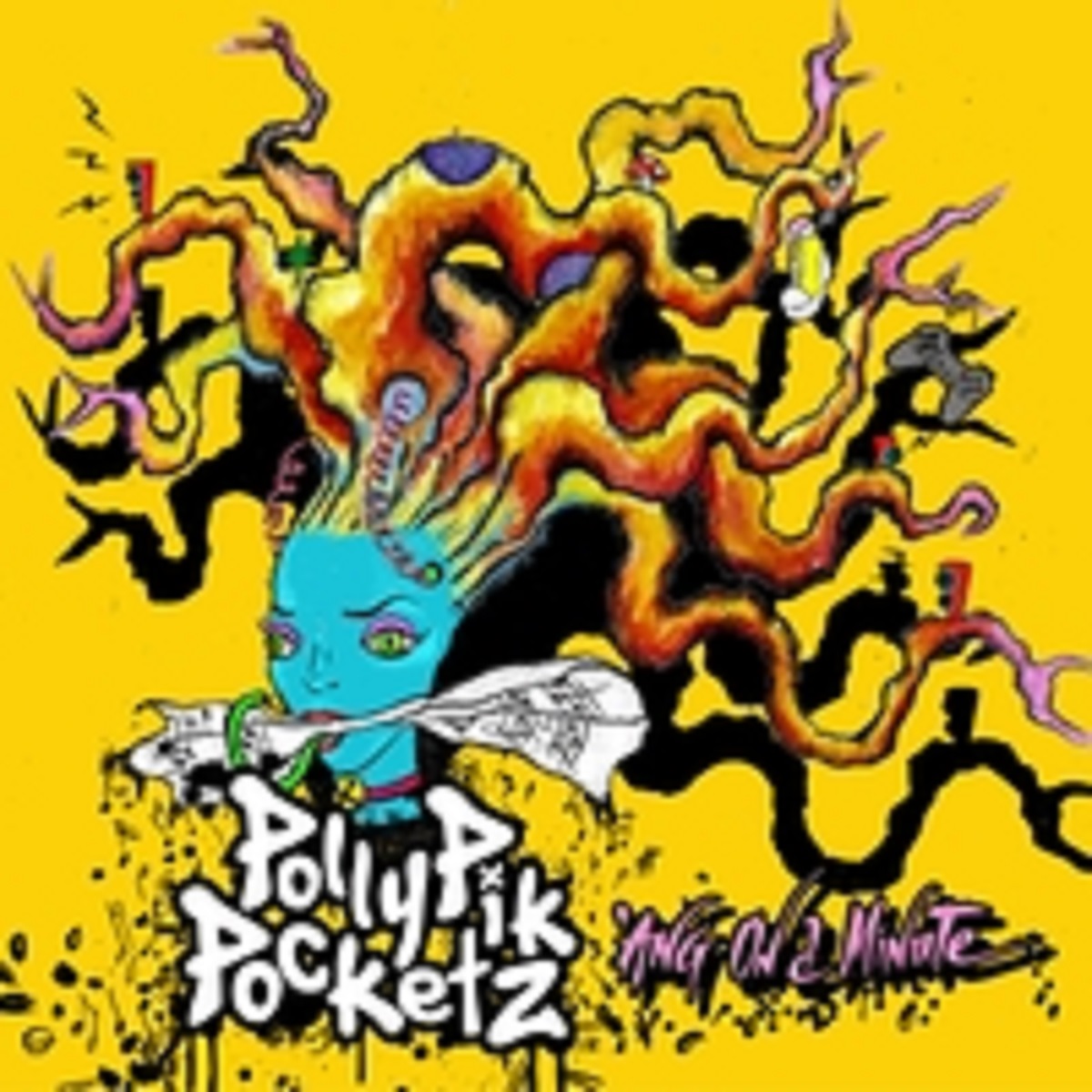 Review: Pollypikpocketz – ‘Ang On A Minute 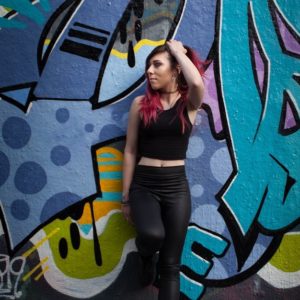 The music business is a seriously tough world.  Imagine then that you’re 17 years old and have decided to move from the familiar...
Copyright 2017 Devolution Magazine. All Right Reserved.
Back to top