The music business is a seriously tough world.  Imagine then that you’re 17 years old and have decided to move from the familiar place of your birth Cyprus and travel to London to try to forge ahead with your career.  How would you rate your chances?  Next plane home maybe?  Well Kate Pavli made just that journey and she’s still in the UK, in London and doing rather well with one album under her belt and new music on the way. Gary Trueman sat down for a coffee and a chat with Kate.  Subjects included musical influences and surviving in a tough and competitive market. 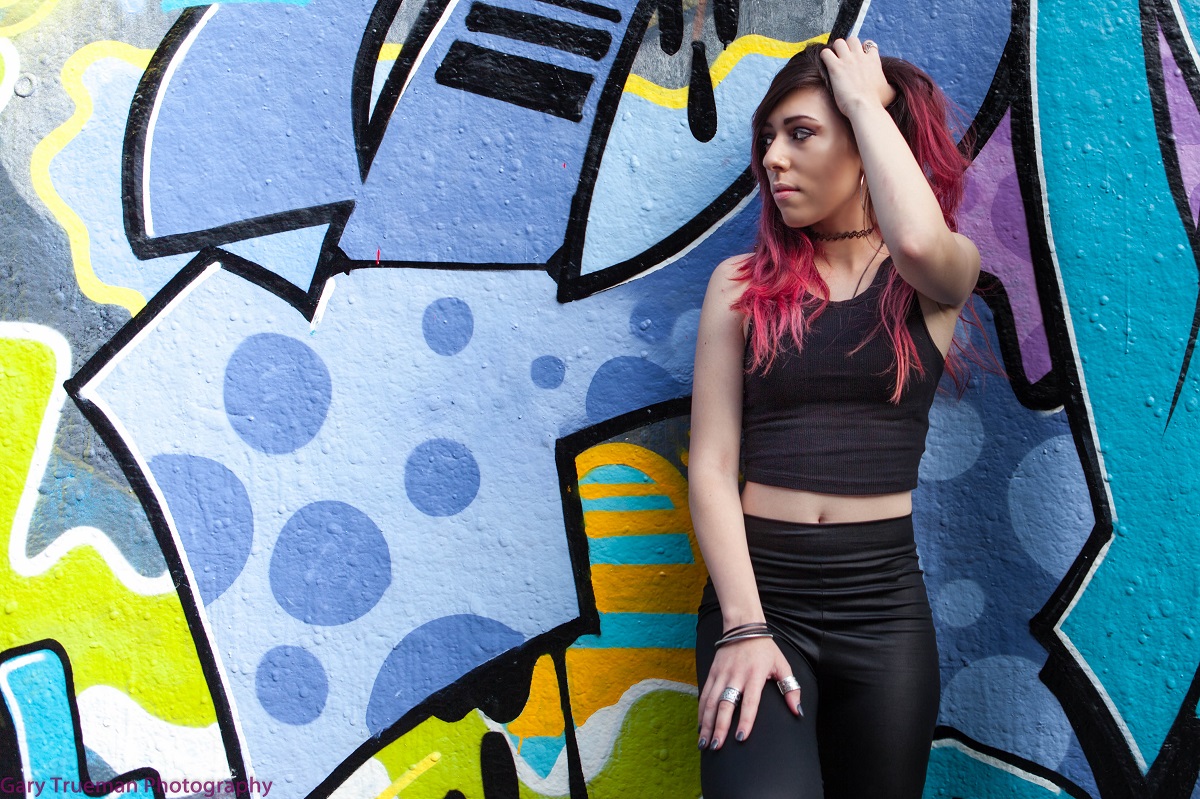 Let’s talk a little bit about Finding Kate.  Is it a band or a solo project?

“Finding Kate is me. I’m a solo artist and it’s my project. I came up with the name two or three years ago when I just used to be called Kate. I released an EP under the name Kate and no one could find me online. So I decided to go with Finding Kate.”

So presumably the band you play with are hired by you to play your live shows?

“I’ve got a bunch of different session musicians, some are in the UK  and some are in Cyprus where I was born and grew up. They’re all super talented. I’ve got quite a few different ones that will support me at shows and sometimes I’ll also play acoustic with a band. If I play acoustic I play with Chris my producer who plays keyboard, or I’ll play with a full band.”

How does your Cypriot roots affect your music.  Is there a cultural influence?

How would you describe you music as it is now?

“I’d say I lay between alternative, rock and pop. A bit of everything really.”

Do you think that music is crossing over a lot more these days and is that a good thing?

“It’s an amazing thing actually. Most bands and artists I listen to, you can’t pinpoint exactly what they are. Some people have a bit of alternative, some a bit of goth, some a bit od hard rock, it’s all such a wide spectrum.”

When was your first album released and what is coming up next?

“My first album If I Fall was released in 2016. I’ve just released my latest single I Feel Bad and I have quite a few new singles waiting to be released.”

So presumably the new singles will lead up to and be part of a new album?

“Yes I hope so. I don’t know exactly when but I do have about 10 to 12 songs ready to be made into an album. I am taking my time with things and people have been very patient with me which I really appreciate.”

You’re a solo artist who moved to London at a young age which was an amazing thing to do. How much of a struggle is it to be a creative person and be creative at a professional level and then still need to back it up by finding other work?

“London is a very strange city to be in. I love it and also hate it at the same time. It’s been almost five years since I’ve been here and I’ve worked many jobs. I was a waitress for about four years. I worked in really nice restaurants and I’ve worked in bars. People can’t imagine me serving expensive wines and wearing shirts but I that and I did enjoy it, but it did take its toll on me. I kept having to ask for time off for shows. It is quite stressful, it is quite expensive to live in London as you can imagine. There are a lot of opportunities here. Currently I do cat sitting which is my favourite thing ever but it’s only occasionally when people go on holiday. I’m on a website where people can book me. I’m also a private vocal coach now so for the last year or so I’ve been teaching people how to sing. I think for anyone in the music industry having a second or even third and fourth job on the side is pretty standard. A lot of us have to do that to survive.” 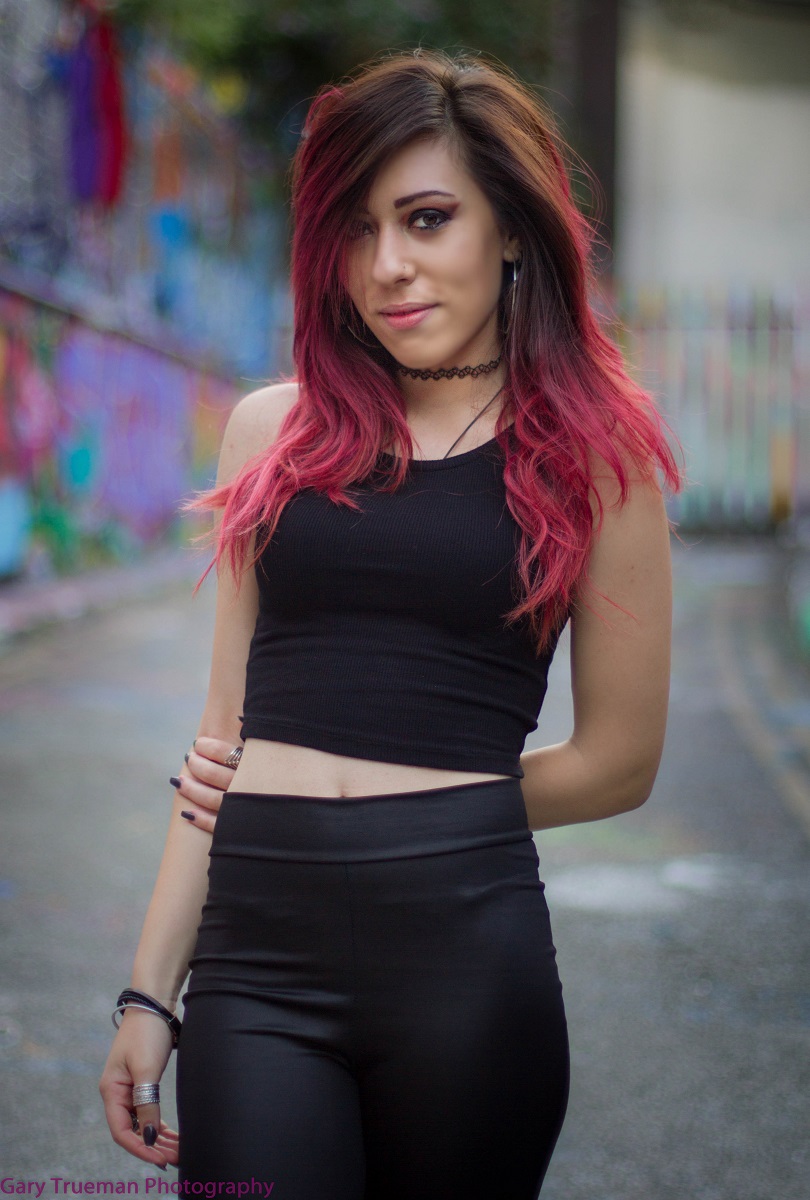 Do you think that the saturation of music these days can cause fan bases to become diluted?

“I do feel that there is so much music out there and it’s great that with social media and other platforms we can easily provide this music to fans. But I also feel that as a music fan our attention spans for our favourite artists is not as big as it used to be. I am starting to see that some social media reach isn’t the same as it was and people aren’t seeing you posts as often. There’s so much content all the time that you have to keep posting. So when you make music you feel that you can’t just release it and not really push it.”

“I grew up with a dad that listened to Pearl Jam, Bon Jovi and all these types of bands. I love Soundgarden and Audioslave. Then I went more into NuMetal. I went into Linkin Park and Evanescence and the after that Pink and Avril Lavigne and also Halestorm and Pretty Reckless. I feel all of these bands and artists have influeneced my sound. Avril Lavigne is my number one though. Newer bands would be Highly Suspect and the Pretty Reckless. Also Hands Off Gretel, I really love them. Donna Missal too, I feel that she is going to blow up all of a sudden. There’s so much good music out there right now.”

“Worst traits, I feel that I’m a little bit paranoid and I overthink a lot. I think a lot of us have that but it’s really tough being in the music industry because nothing is for certain. There is no recipe or steps to follow so you get paranoid that you’re not on the right path and then start overthinking things. I have learned that if you don’t get shit done then no one will do it for you. So I can come across as a bit of a control freak. Best traits, hmmm, I’m a bit all over the place. I feel a little bit like Phoebe from Friends sometimes. But sometimes I’m also like Monica. Maybe my best trait is that if I do something then I do it with my heart and soul and I do it passionately.

Interview: Pollypikpocketz "We want to take our music everywhere and blow people away with it." 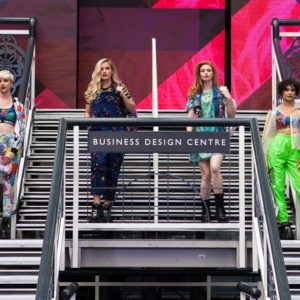 You have to be on your toes in the fashion industry. Things can change in the blink of an eye.  So it’s great to see London...
Copyright 2017 Devolution Magazine. All Right Reserved.
Back to top