Interview: Sally Pepper ” I just write some words and play some chords and see how it sounds.”

Sally Pepper is a young singer and song writer who has added a bit of punk venom to the usual acoustic solo fayre people get served up. With sassy lyrics and clever song structures she is an artist starting to get noticed. Gary Trueman chatted to Sally about how she writes her songs and how she has developed as an artist. 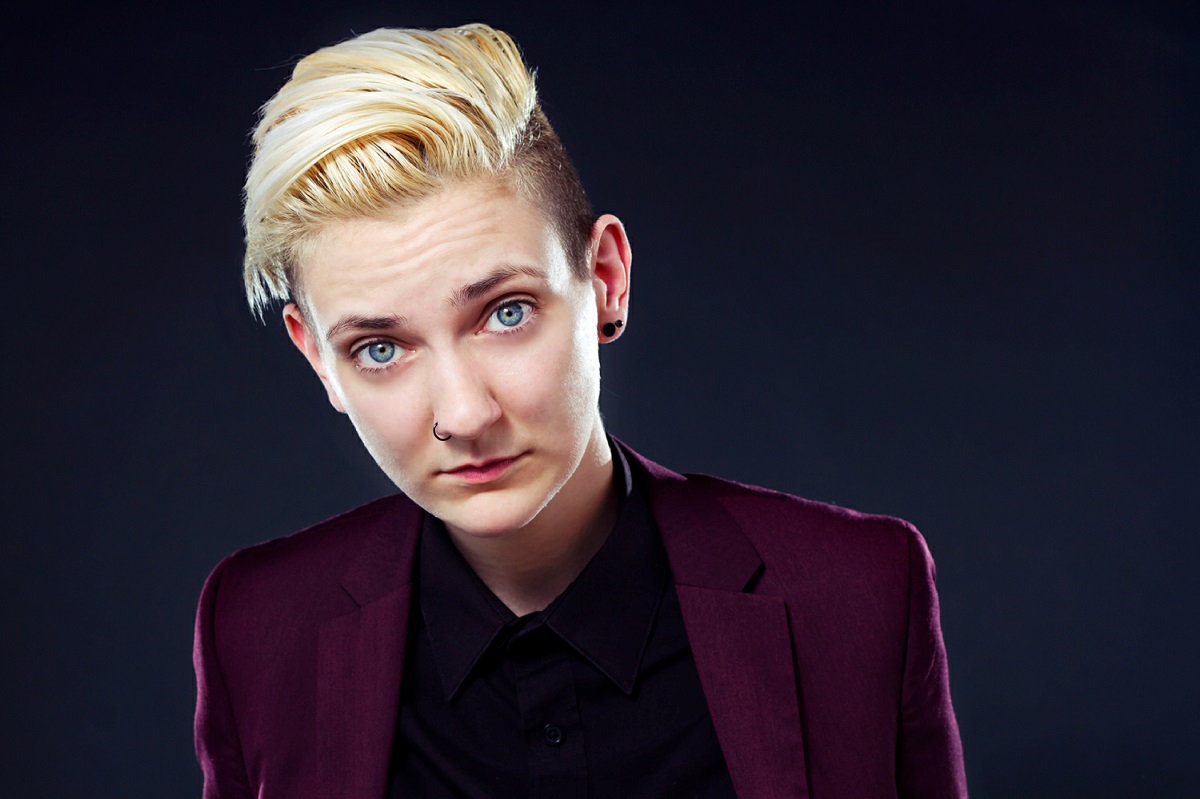 How old were you when you first started playing music?

“I started to learn to play the guitar when I was six. Then I went through school playing various instruments.  I’m a grade A flautist, that sort of thing. Then I was in a band when I was in college as everyone is. It was only when I got to university that I started to do the whole solo thing. I started off by playing open mic nights at the uni and stuff like that.  I thought that it was fun and carried on.”

Who are the people that inspired you to do music and who continues to inspire you now you’re a bit older?

“I have a very eclectic taste. When I was younger it was Fall Out Boy, Paramore, that sort of thing. And then as I got older I grew out of being an arsehole about pop music and I quite enjoy pop music now. I love Taylor Swift and Keisha. I probably shouldn’t do but I do. But my favourite bands are still Fall Out Boy and Panic At The Disco, and Neck Deep too, things like that. Also from an early age I’ve listened to things like Soil and Disturbed. I have a brother who is six years older than me and when I was 11 years old he said listen to this, you might like this. At the time I was listening to Maroon 5 and he gives me Scars by Soil and I was like “yes this is sick!”. So I still like a bit of metal as well.”

Metal does stand the test of time though.

“My brother was going to all these gigs that I couldn’t go to because I was too young at the time. A few years ago Soil passed through our home town of Stoke. I was like we can’t not go. That was phenomenal. Then a few months ago we went to see Disturbed at The Apollo in Manchester and it was ridiculous. It was at the same time one of the best and worst shows I’ve ever been to. The music was phenomenal but the production had a lot to be desired.

Your music isn’t metal though. It’s solo acoustic, kind of a bit like Louise Distras and Billy Bragg.

“I don’t know how I ended up doing that sort of thing. I ended up doing things acoustically so I didn’t have to rely on anyone else. If I’m on my own it’s me I can mad at if something goes wrong. So that’s how I started. I used to cover a lot of things that shouldn’t be covered. Just terrible pop songs and things like that. Throughout what I’ve released, it has changed a lot. The latest EP is a lot punkier. The one before was more a standard singer/song writer thing. But my old stuff I used to write, I would never have chosen to listen to that, it wasn’t something I would have enjoyed.  Whereas now I’ve made it a bit punkier and more edgy I would. Moving forward I’d like to carry on that punky type thing with the acoustic vibes.”

Music does just come out how it comes out though.  Charli XCX is a huge punk fan that does pop and you often hear metal bands playing stuff by acts like Fleetwood Mac for their sound check. So it’s the same sort of thing with you really.

“Yes.  I just write some words and play some chords and see how it sounds. A lot of the time it’s only after I’ve recorded it that I’ll really know how it sounds. Sometimes I’ll think something will sound quite folky and when you record it it turns out more country. And you think how has that happened? It’s just how it comes out. But now I am making more of a conscious effort to make it sound like something I would listen to”

Do you think music fans these days are more open to a wider range of music than maybe they were a few years ago?

“I think so yeah. You do get a lot of different genres selling well and appearing in the charts. And you got the thing recently with the guy from Hatebreed kicking off because Chvches are higher on the bill and they’re not metal. Well someone thinks they deserve to be there and with the records they sell and crowds they bring you just need to get over yourself.”

One of the things that comes across on your latest EP is how strong your vocal is.  Has your voice got stronger as you’ve progressed?

“I think it has yeas. I’m in the car and I’ve got my ipod on shuffle and some of my old stuff comes on and I’m thinking that it’s not very good. I think I’ve become more confident and a bit more daring with vocal lines. I try not to be terribly generic. With this EP being a bit punkier there’s a bit more aggression. I think live it’s always been there but recording it hasn’t. It’s always been a lot mellower to listen to a cd than to come and watch me.”

The other thing on the EP which is really noticeable is that the production is really strong. It sounds like a very expensively produced record. Was it?

“It was compared to the other ones yes. I did it at Rock Art Studios in Blackpool. They’re one of the best around. It did take a while to get things right. I do a lot of playing around and writing while I’m in the studio. I’ll have the song structures but when it comes to adding electric guitar and stuff it takes time and that’s when I find out what sort of song it’s going to be. I do try to prepare a little bit and not go in completely blind as I’m paying a lot of money for the hours. But often it ends up being changed, or even completely scrapped.”

If you could join another artist on stage who would it be and why?

“Maybe join up with Fall Out Boy or Paramore and have a dance around, or someone like Neck Deep where you can have a bit of a bounce, because I never get to do that being an acoustic act. I never get to do the scissor kicks and stuff like that so someone I could lose my shit with probably.” 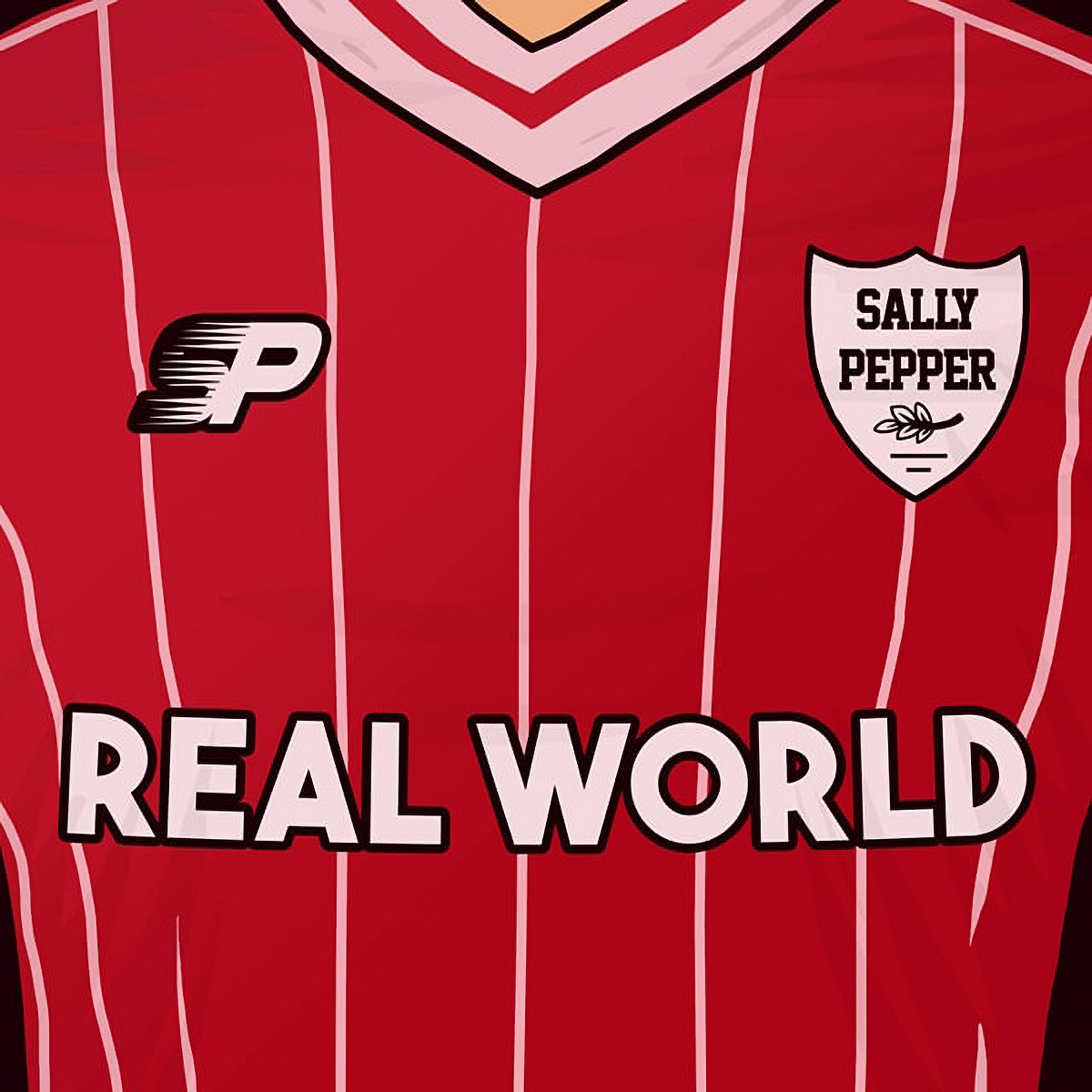 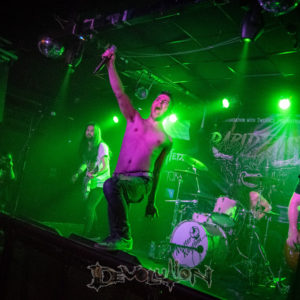 Rabidfest 2019 With only one stage to play with there’s an impressive 27 bands playing over the weekend. It would...
Copyright 2017 Devolution Magazine. All Right Reserved.
Back to top