There’s a tinge of sadness at tonight’s gig as The Maze is shutting it’s doors permanently this week.  Another venue lost, another stage closed to young bands that are the life blood of music.  Bands like openers Marty whose electronic rock has an 80s vibe while still sounding relevant and sharp.  It’s down tempo but still vibrant fayre that deservedly gets played to an already quite sizable audience. 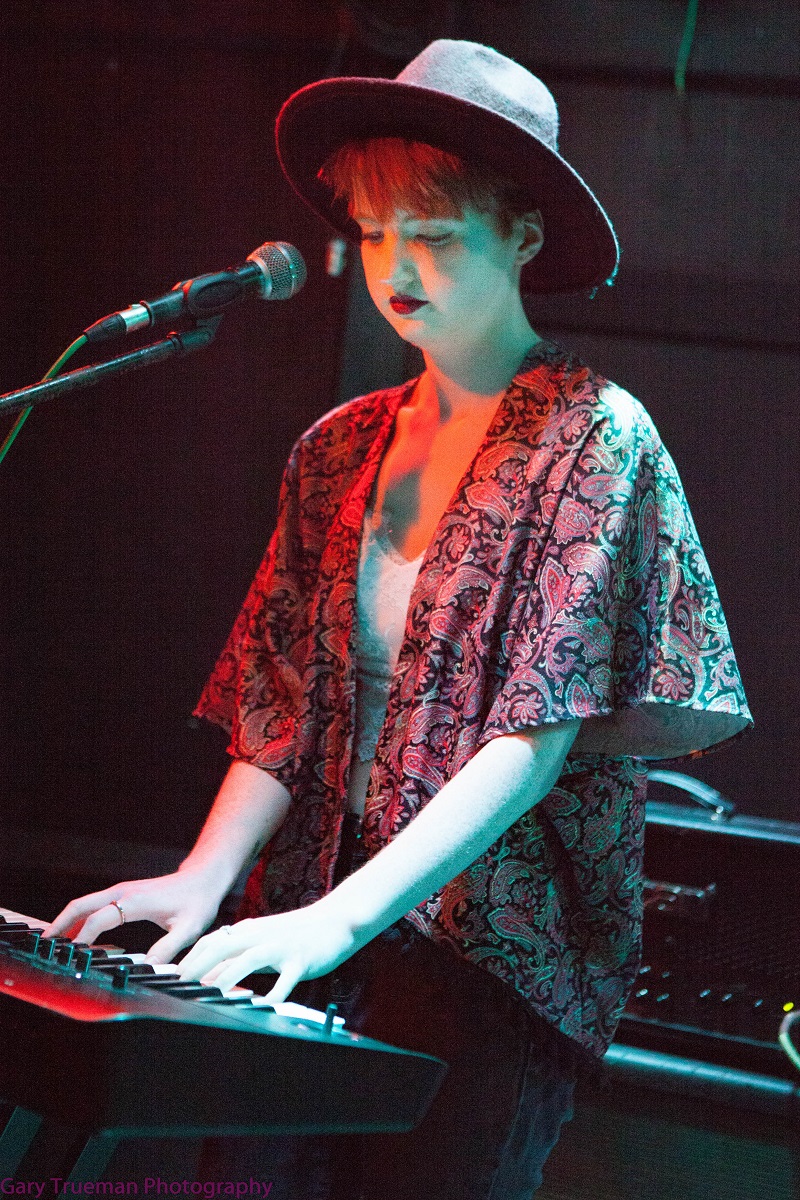 The Dandylions continue the retro theme with big hair, loud shirts and glam influences.  Their music is fast paced and in your face thanks to masked frontman Fortune Boy who entertains in a way made for a bigger stage.  A five piece playing on The Maze’ stage is a bit like watching a human musical jigsaw but the band cope admirably.  If you want to be a rock stars then look, sound and play like rock stars.  The Dandylions have got this covered. 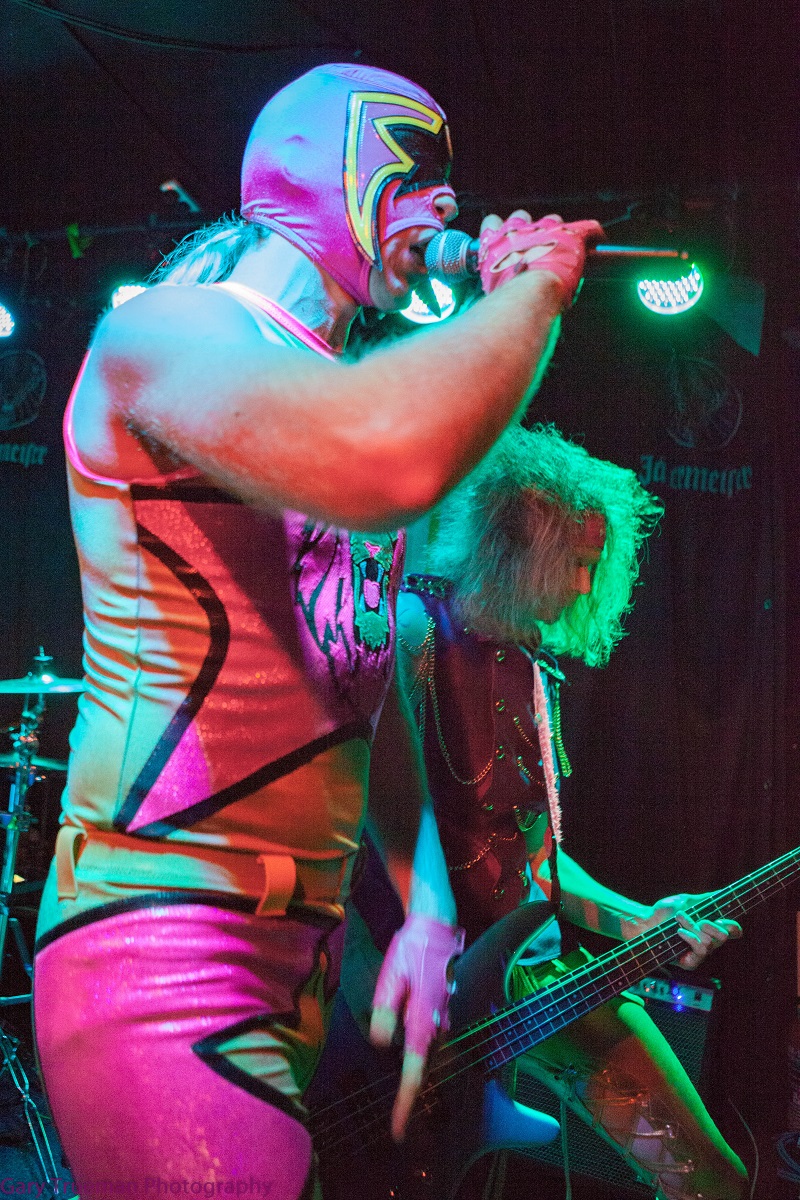 It’s only a week since Desensitised were playing in Nottingham as main support for Hands Off Gretel.  Tonight they fill the same position for The Soap Girls.  They’ve become a real force on the music scene recently and with their new album spearheading the charge the right people are taking notice.  Claire, Charlotte and Libby have all individually found another gear in their playing taking the trio to a new level.  The drums have more punch, the vocals rock harder and the guitar work is sweeter.  It’s Libby’s birthday tomorrow so there’s a cake involved in proceedings too.  A perennial support band, Desensitised are now more than ready, a headline tour is a must. 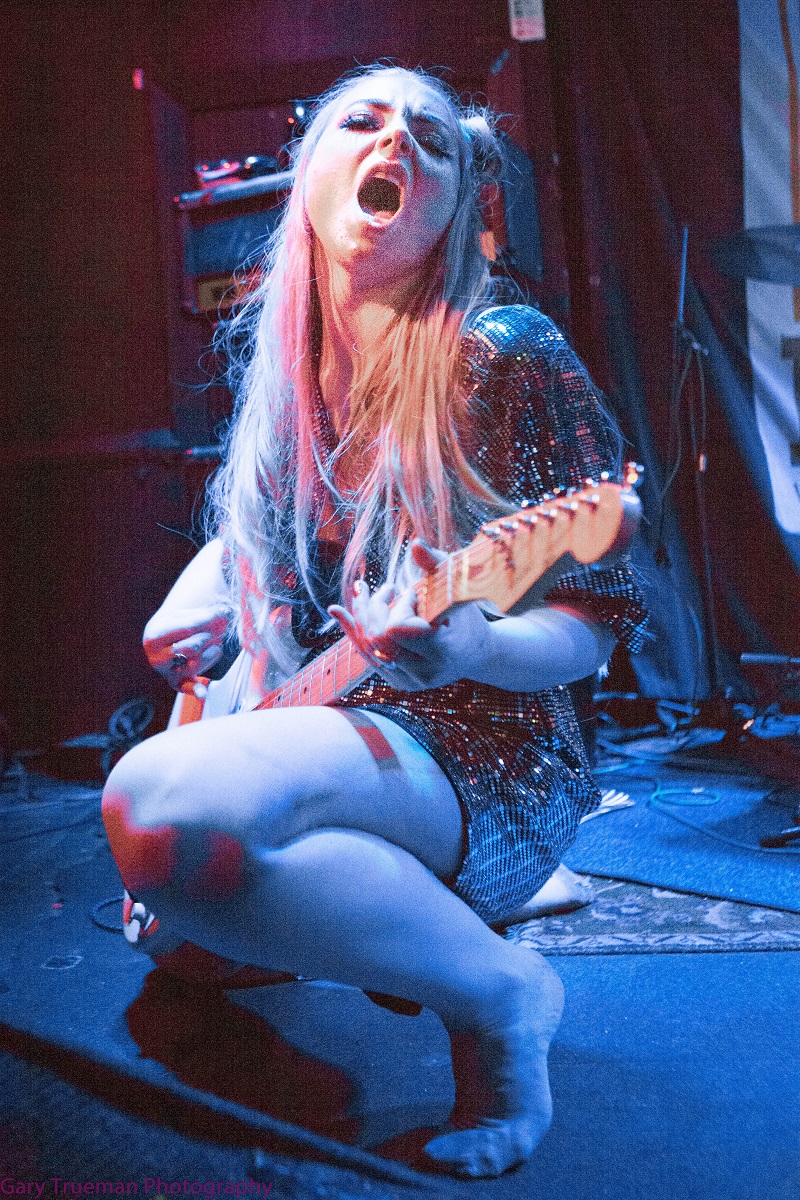 Punk is dead they claim.  They, generally being old men with fading mohawks and distant memories.   Then when a band comes along that actually challenges society norms those same people tut tut and snipe from the wings, and worse.  The Soap Girls do it their way, they play in body paint not because they’re told to, or because it’s a gimmick.  They do so because they want to, because they want to show that freedom of expression is possible, and that it’s important.  Actually it’s a fundamental right.  Their music is vastly superior to the three chord thrash punk laid it’s foundations on too.  The music, their music, is all part of an evolutionary process.  Tonight old favourites sit snugly with beautifully penned new songs.  It’s engaging and angry, it’s the sound of empowerment.  Punk isn’t dead, it just wears body paint and heels, and it still doesn’t give a shit what anyone thinks. 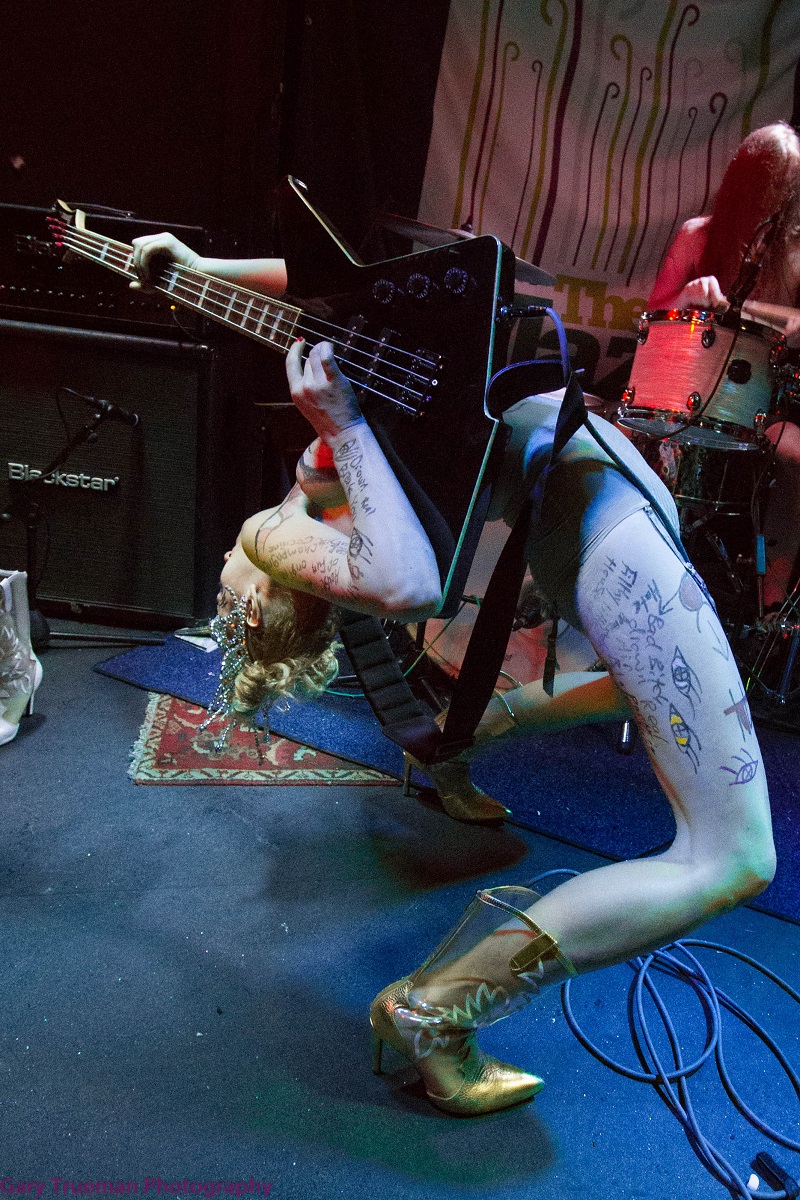 The Soap Girls – Doing it their way 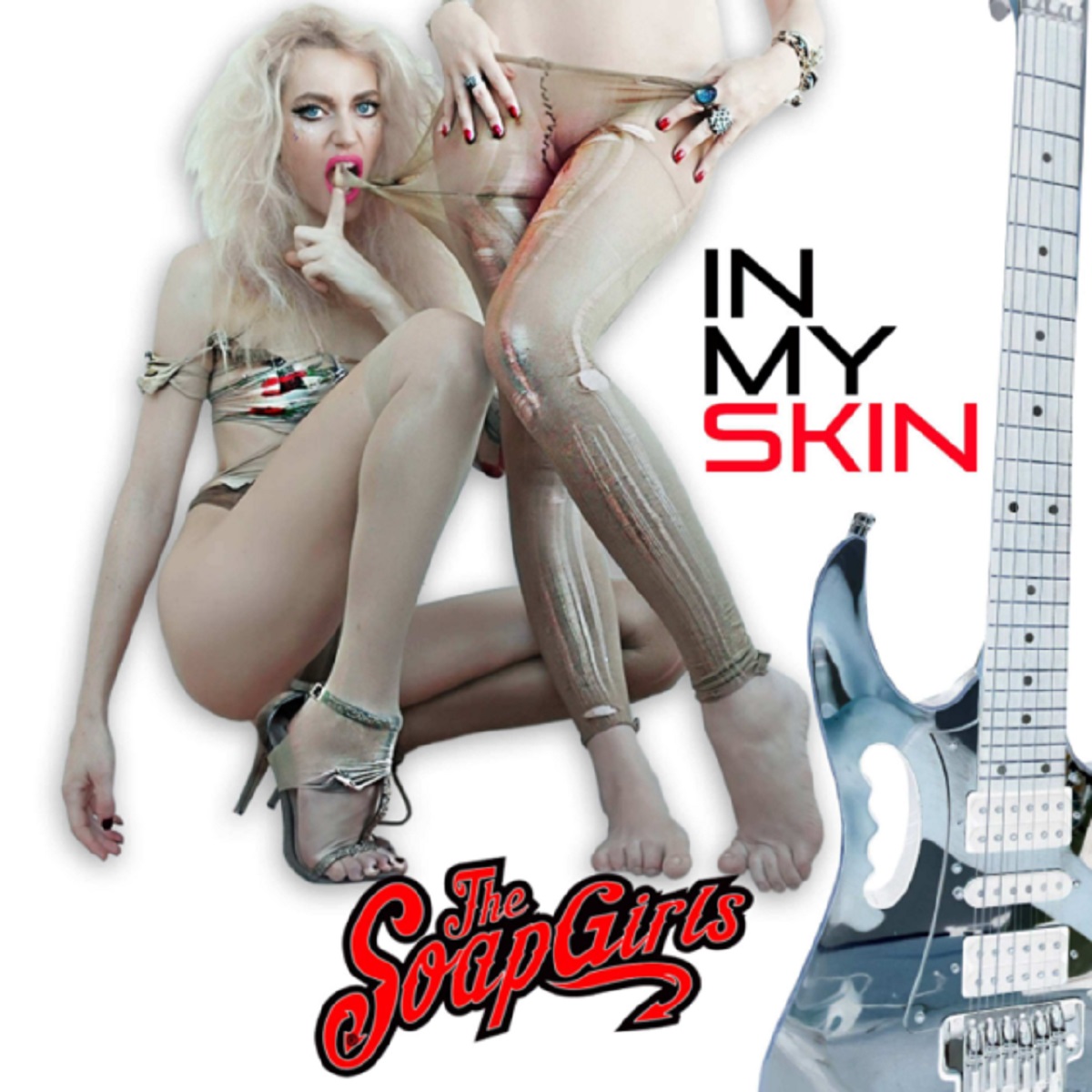 Review: The Soap Girls – In My Skin 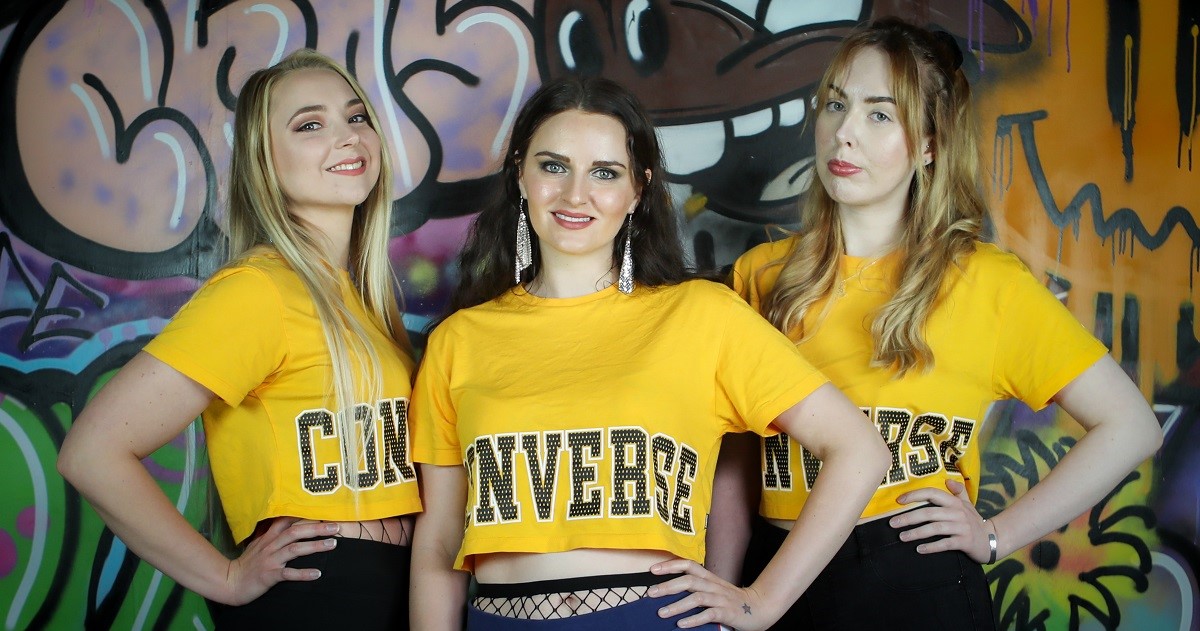 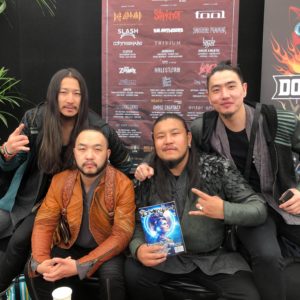 Mongolia is known for its vast steppes and rich culture, which bears a lot of similarities to modern heavy metal music. It’s...
Copyright 2017 Devolution Magazine. All Right Reserved.
Back to top