You often find acts are friends away from the stage and touring. Not many though are best friends first and foremost. Not like Charlotte, Claire and Libby from Desensitised are. You can tell they more than have each other’s backs and that they absolutely trust in each other. That chemistry means they have an aura of togetherness that plays out when they are performing. It rubs off on fans too, their shows are always a happy place to be. Gary Trueman caught up with the girls to talk about a brand new project and a fund raiser that nearly meant death by goat. 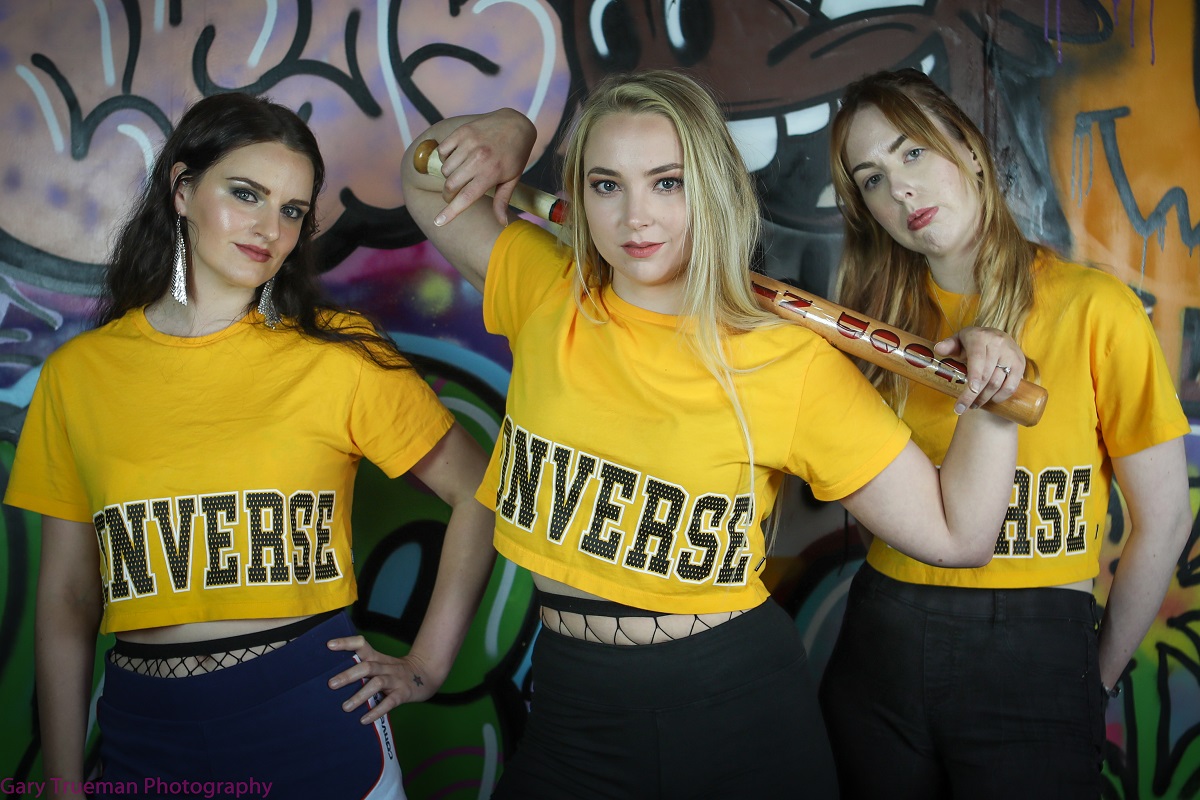 We need to start out with where you’re at now because things stopped very suddenly after you’d created some momentum. Have you got lots of people coming to you saying please come and play our events?

Charlotte: “October is our proper return to gigs but we do have one in September. We’re playing the Great British Alternative Festival, Cornwall Rocks and we’re at Yarbirds in Grimsby too. We’ve got a few local gigs too. We’re playing The Chameleon with Alice’s Ants and also a charity show for Sepsis UK.”

Libby: “We did an acoustic version of All Eyes On Her and my dad played guitar on that to get it down for Sepsis UK. And we’re doing a show.”

Charlotte: “It came about because the man’s wife died from sepsis and he wanted to do something to help raise awareness about it.  A local recording studio where we go to practice did a compilation album of local artists and everyone donated a song. He released this album to raise money for the charity and they’re doing this event for it. And we’ve got a local Halloween party gig.”

Libby: “And there’s our Christmas gig too. That got postponed because of Covid but we like to do a Christmas bash and get everybody together. It’s nearly two years since we’ve played.  It’s proper gutting because we’d just released Sister Psychosis, and we were all excited, got all this momentum, then no tour. It’s like should we book or wait until we know for sure you’ll be able to go.”

Charlotte: “It’ll be nice to get back into the swing of things.”

Obviously you’re still looking to tour Sister Psychosis to a certain extent because you missed out with the lockdown. But have you got any new music planned as well?

Charlotte: “Well we thought we can’t tour so we should just write.”

Libby: “There was even a hiccup with that for a while because the studio shut down for a bit. Everywhere we could possibly go was shut down. I’ve found out recently that for some of our gigs now you’ve got to have the vaccination passport on you phone. And every 20 days or something you’ve got to have a new one.”

Charlotte: “We can’t wait to get back into the studio again.  And we’ll be doing more writing sessions so we get some more songs done. We already have some songs we’re excited about. Claire learned piano at the start of lockdown which we think will add another element. We’ve got one song with piano in it and it’s really beautiful.”

Claire, you learned piano…. From scratch?

Claire: “Yes that’s right. I’ve got a piano teacher in Mansfield and he’s very nice and he’s helping me. I’ve always wanted to learn it so now was the time.”

Libby: “It sounds gorgeous as well. You know when you get goose bumps on your arms.  It’s just gosh!”

You went on an interesting fundraiser for you new record recently too. Tell us a bit about that and how you arrived at the decision to do it? And what was it like to do it?

Charlotte: “We thought we’d do a long walk and we both (Charlotte and Libby) love Scotland.

Libby: “Last time we did a sponsored kayak, climb and a hike. So this time we thought we know what’s really challenging, the West Highland Way. It’s the most physically demanding and traumatising thing we’ve ever done. We survived death by mountain goat.”

Charlotte: “It was brilliant but hard too. I enjoyed doing it. And we got lots of support which is really good. The toughest day was Loch Lomond. It was the toughest section. It was raining all morning so we got soaked. Even in waterproofs we still got soaked.”

Libby: “I had two waterproofs on and my skin was still wet. My boots were wet from one in the afternoon until half seven at night. I had actual puddles in my shoes. And at that point we hadn’t had to wade through waterfalls, because it rained that hard.”

Charlotte: “We got to one place and we called the hotel because the ferry was at ten past seven. It had got to about four and I didn’t know if we were going to make it or if there was another way to get there.”

Charlotte: “We did over 22 that day.  I asked the hotel if there was a bus or something for the last couple of miles, or a taxi so we didn’t miss the ferry. They were like no sorry you have to walk there’s no other way. So we had all this way to go to get to the ferry. We ended up literally running. We thought if it was like it had been it won’t be too bad. It was worse. We were scrambling over rock faces.”

Libby: “Then at one point two mountain goats, one had got six inch horns. It was like the film The Witch and Black Phillip’s going to get you. So Black Phillip and his son comes running after us, in this forest. It was like Jumanji. And then there was a ladder to get to the next bit. Imagine that after already having gone 17 miles. I had to run up that ladder, I’d never run up anything so fast in my life. I was like I’ve not just walked for ten hours for it to be death by goat.”

Charlotte: “We were so close to the ferry but we couldn’t see the port anywhere. There was a man with a bulldog camping. He said if we cut through all the woodland we’d get to the edge of the loch and we’d find the ferry dude. We ended up running, running through rivers, to get to the ferry. We got there and there was no better feeling than sitting on that ferry. The ferry guy was really nice.”

Libby: “He was like Kaleb from Clarkson’s Farm. We got to the hotel and that night’s sleep was very much needed.”

You must have had a big sense of achievement at the end of your trip?

Charlotte: “Yes.  When we got to Fort William we were so glad we’d made it.”

There a little short clip somewhere on your social media of Charlotte struggling up the stairs at a hotel isn’t there?

Charlotte: “That was that day after we’d done Loch Lomond. When you walk that many miles your body just isn’t used to it. Even when you get out of bed you’re hobbling like an old woman.”

Libby: “Irony is she could walk better than me.  I’ve had to see a physio. I’ve got a dicky knee.”

Charlotte: “As hard as it was we’d definitely want to do something like it again. But I’d want to do it over a longer period of time so it’s not as intense.” 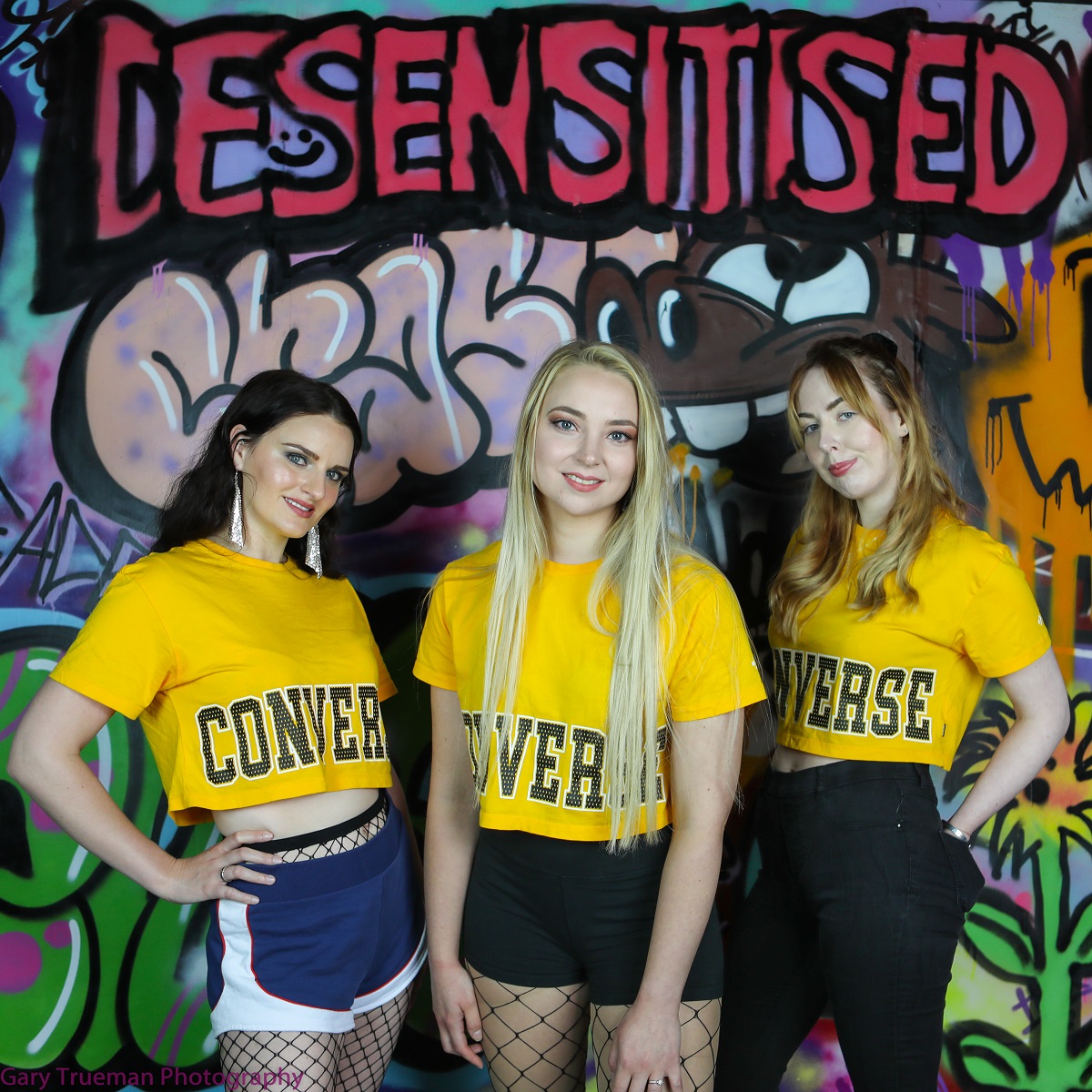 The rumour is that you’re going to be doing a covers band as well.  What’s all that about? And are you going to keep the same name or is it going to be Desensicovers or something?

Charlotte: “It will be a different project and a separate band. The main focus is the originals band, We do enjoy doing covers and it’s a nice way to raise money for Desensitised as well. I think learning covers gives you ideas for your own music too. If you want to get paid as a musician you need to have a covers side of things, if you want to do it full time. Unless you get a record deal. And you can do originals full time then. I think it’s good to have that option.”

Libby: “We could have called it Desensitised as well but you need to show to people that it’s a function band and it’s not an originals set list. So we’re going to be called Songbyrd. Songbyrd, with a Y so that when people type it into the internet they won’t get pictures of songbirds.”

That’s a really good idea because some bands are impossible to find.

Libby: “Desensitised is actually a word and we’ve found that difficult.”

Libby: “We’ve got a load of influences. Some of the rhythms I play might be reminiscent of Billy Joe from Green day but then we have our song I See Red which is rock/metal. Then we have He Loves Me Not with acoustic melodies. I think what we’re good at is looking at the event we’re playing and choosing a set list to suit. We’ve got the pop punk songs but we’ve got the heavier ones too.”

You also have a universal image too. For the photo shoot to accompany this interview you’re wearing baseball outfits and have an edgy look with a sporty theme. It’s universal but makes you instantly recognisable. You mix it up but are always memorable. How do you decide on a look, and have you anything new already planned?

Libby: “We get excited about different ideas. Charlotte wanted to try butterfly wings, but that didn’t work out.”

Charlotte: “We’ve got some outfits we’ve bought and we’re going to get them customised.”

Libby: “With gigs sometimes we’ll match and sometimes we just wear what we each want to. Playing on stage now I feel better in trainers because I don’t stand still and there’s all the wires and cables. It’s not safe.”

What about artists like Dolly from Tokyo Taboo who wears stacked Pleasers on stage?

Libby: “I’ve done it. It’s hard. Sometimes they put carpet down that’s uneven or there are holes in the floor. And the flashing lights when it’s in your direction, you can’t even see your own hands to play the guitar let alone the floor.”

Charlotte: “You have a bit more freedom when you’re wear trainers.”

So rounding things off with a costume theme. If you were going to appear on stage wearing superhero outfits who would each of you be?

Libby: “I’d probably not have a cape because it’d get stuck in my guitar. I’d want to have a character that can do magic so I can put the kettle on (waves hands).”

So the power to turn on a kettle from a 100 yards. You could go for another film character?

Libby: “Yes!. So I don’t have to carry all my amps and stuff it’d just float. I like Harry Potter”

Claire: “I’m thinking the Scarlett Witch. She can teleport things.”

And the conversation concludes with ideas of new super-heroines imbued with the power to load in using magic. Desensitised have always done things with a sense of fun. They’ve moved well beyond those early band beginnings and are now a much loved and highly regarded act. Whatever the future holds you just know this Nottingham trio will deliver with smiles on their faces – and there will probably be glitter at some point too. 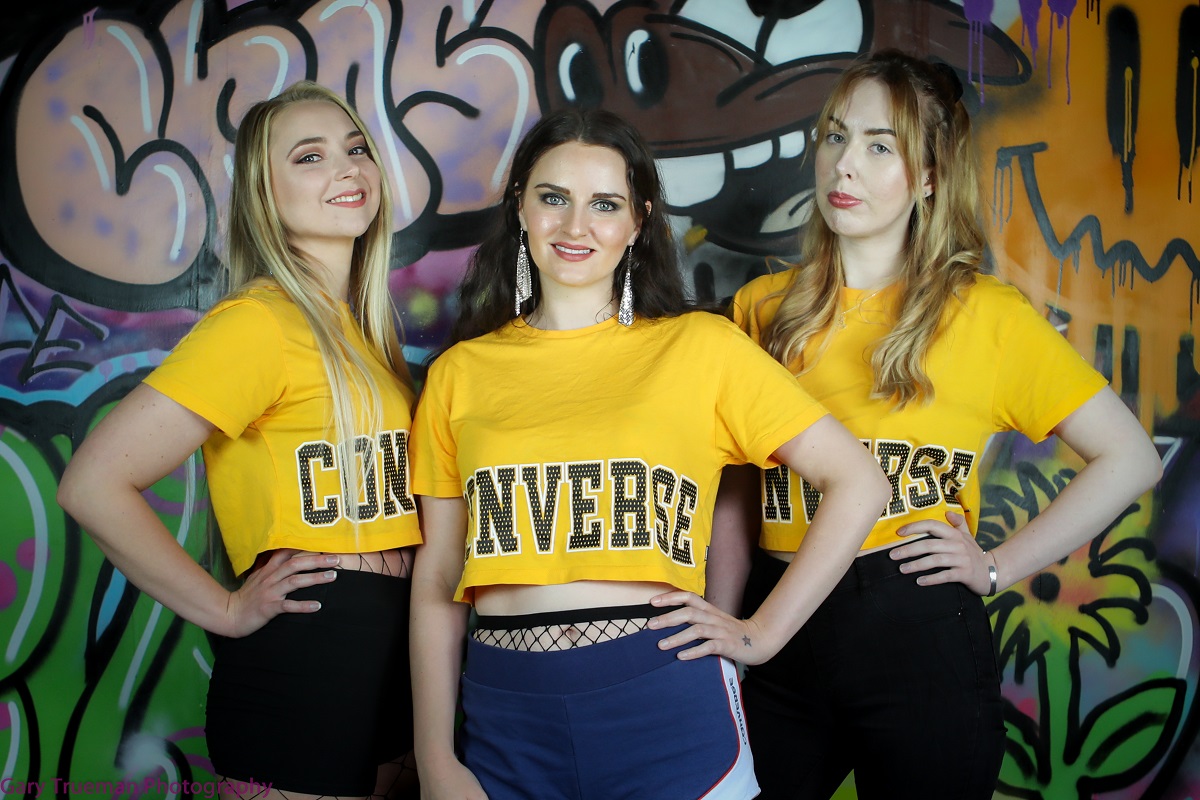 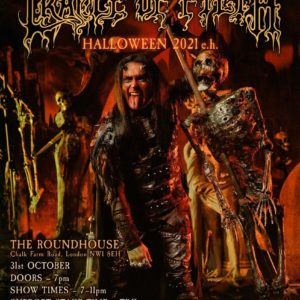