When it comes to putting on a fun show not many bands do it better than Zebrahead.  They are masters of not taking themselves too seriously which means fans can often be seen rowing around the crowd in rubber dinghies with the band joining in.  Gary Trueman chatted to singer Ali Tabatabaee about keeping their music fresh and the craziest gig they’ve ever played. 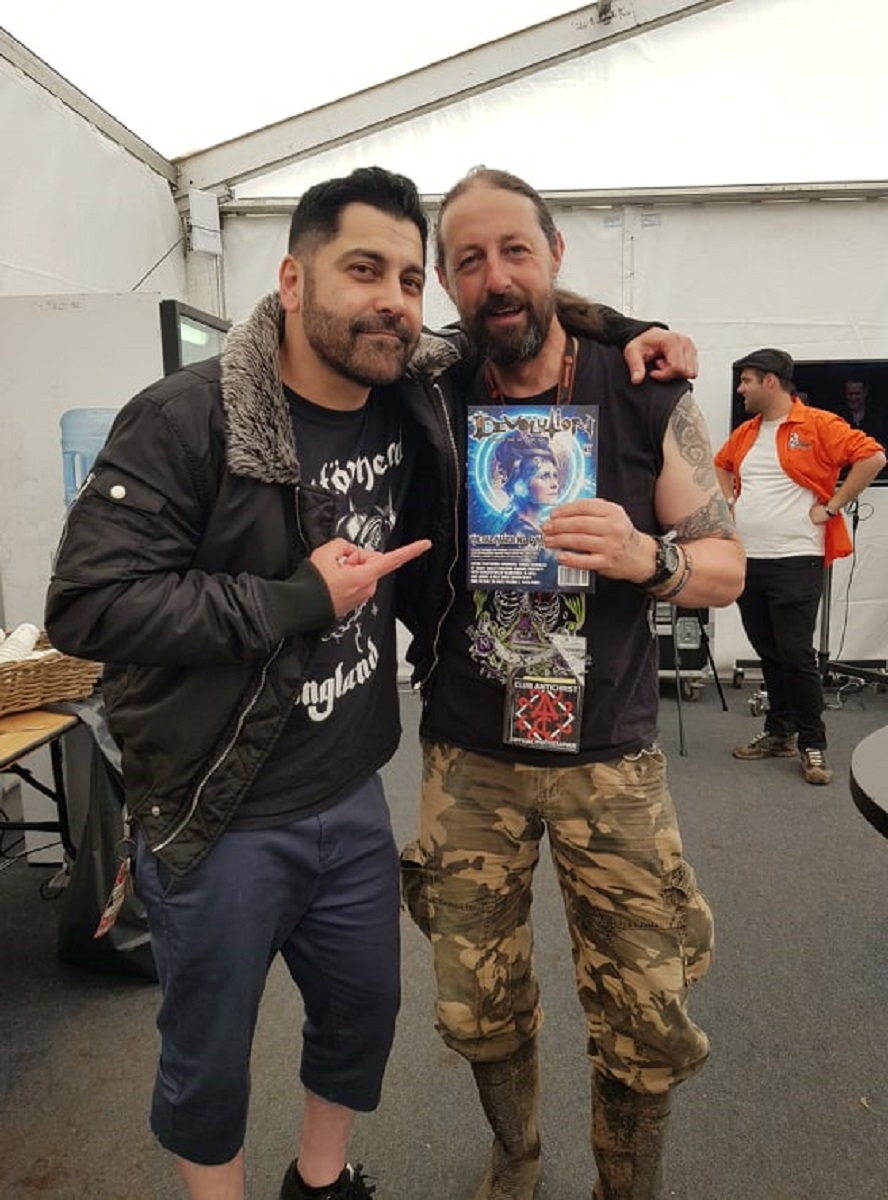 Are Zebrahead the most fun festival band around?

Brain Invaders went down a storm with the critics even though it differed quite a lot from the previous album. Was there a deliberate plan to make something well away from what had gone before?

“We try not to re-write the same songs.  I think with this album we tried to think outside the box a little bit more.  There are more samples that we used when we were writing the songs that made the actual album.  That’s something we hadn’t really done before.  I feel like some of the songs people can relate to a little bit more just because of experiences we’ve had.  I feel that nowadays those experiences are more universal with the use of social media and how people distance themselves with actually having a face to face conversation.  People can say whatever they want and you can’t see them and don’t know who they are.  There’s this weird freedom that people have that is also something that separates people.  People have stopped trying to understand each other and just end up shouting at each other.  These are things that we talk about in the songs and that is something that people can relate to.  We’re really excited to tour on the album and play some of the new songs and so far we’ve had a great reaction.”

Social media does seem to put more people in contact but leaves so many alone too.

“Yeah, it’s such a weird thing.  Using it and how often people use it, it’s such a big part of everybody’s day now.  It’s a different thing from when I was growing up but music is still something that unites people. Hopefully that will continue.”

How do you balance new material with old favourites when you play a festival set?

“That’s the worst because you’re going to have to piss off somebody.  They’re like why did you play so many new songs or why didn’t you play that song?  We try to balance it and add a few new songs and play the songs most people know us from.”

Can we go back to an album that you released ten years ago called Panty Raid.  It was a tongue in cheek album but it also promoted female artists.  Do you think things have moved along in a positive way in those ten years regarding how women are viewed and treated in music?

“A lot of things have changed for the better but there’s so much more change that is needed.  Things like the pay scale.  A least now people are talking about it and are expressing their dissatisfaction about it.  It’s a good start but there’s quite a ways to go.”

Do you ever look at a festival line up to see who’s playing at the same time as you?  A few years back you played while Aerosmith were on and still rammed the stage you were on.  Do you ever look and think it’s going to be hard to pull a crowd?

“The only reason we do that is because we like to go and watch bands play and it’s always a bummer if we miss someone we want to see ourselves.  That day we would have loved to go and see Aerosmith.”

“We did a festival called Woodstock in Poland and they told us that vthere was 500,000 people there.  We didn’t believe it until we got to the stage.  The stage was crazy, it was super high and the kids were trying to climb up on the stage.  They’d get so far and then they but because it was greasy they would slide back down.  It was kinda like a Lord Of The Rings scene, when youwere on the stage you couldn’t see the end of the crowd.  It was like CGI.  We couldn’t park our car when we arrived because another car was in the way.  Some Hari Krishnas were walking by and asked if we needed help.  They surrounded the other car and lifted it out of the way for us and we parked.  That was such a crazy day.”

Who is the most fun band for you guys to tour with?

What is your best festival survival tip?

“Well I tend to overdo it at a festival with drinking and being out in the sun… or rain today.  So I would say drink plenty of water.  And bring wellies.  We tried to get some on the way but everyone was sold out.” 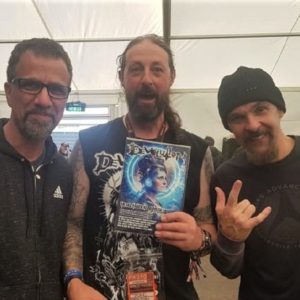 Godsmack are one of those rock bands that are seemingly timeless.  Listen to any of their songs from any of the last 24 years...
Copyright 2017 Devolution Magazine. All Right Reserved.
Back to top