Shield walls at the ready! Filming has commenced on season 4 of The Last Kingdom

The bloodthirsty drama returns for a further ten episodes on Netflix

Budapest, 11th April 2019: Filming has commenced on the fourth season of The Last Kingdom for Netflix, the hit historical drama based on Bernard Cornwell’s best-selling novel series The Saxon Stories.

After the death of Alfred, the alliances between the kingdoms are fractured. Uhtred believes the timing is right to challenge his uncle Aelfric, played by Joseph Millson (Casino Royale, Banished), and take back his ancestral home, Bebbanburg. However fate shifts in a different direction, leading Uhtred to realise that his destiny is tied to Alfred’s dream of a united land. This, and Uhtred’s feelings for Aethelflaed, drive him back into the politics that threaten to break out into war.

The Last Kingdom is written by Martha Hillier, and executive produced by Gareth Neame, Nigel Marchant and Jessica Pope with Vicki Delow producing. The series is produced by Carnival Films and is distributed worldwide by NBCUniversal International Distribution. 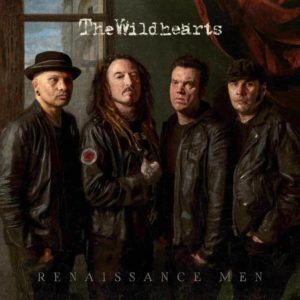 The Wildhearts The Renaissance Men Out: 03/05/2019 on Graphite Records It doesn’t matter how famous you are,...
Copyright 2017 Devolution Magazine. All Right Reserved.
Back to top