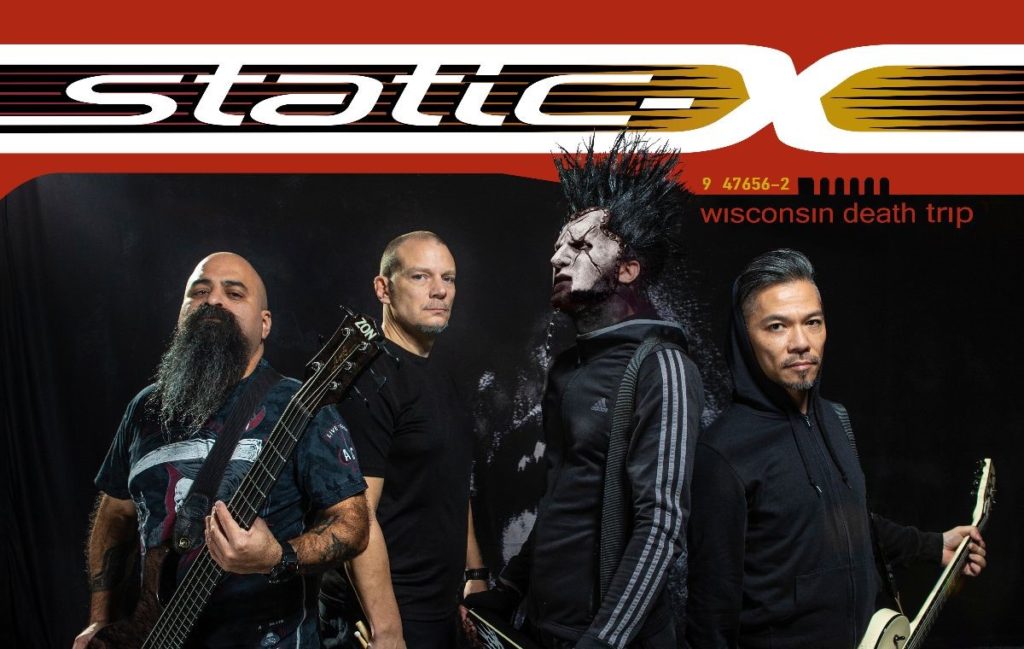 STATIC-X have announced the UK leg on their highly-anticipated ‘Wisconsin Death Trip 20th Anniversary’ tour this Autumn, which will also serve as a memorial tribute to late vocalist Wayne Static.

Featuring support from SOiL, Wednesday 13 and Dope, the tour kicks off in Bristol on 24th September and concludes in Birmingham on 4th October.

“Our intention is to pay ultimate respect to Wayne and to celebrate the music that has been in all of our hearts for more than 20 years,” says bassist Tony Campos. “It’s all about channeling the vibe from 1999 to the best of our ability and playing those classic STATIC-X songs live and loud.”

“Rehearsals have been awesome,” adds guitarist Koichi Fukuda. “The music and the vocals are sounding really great! I feel like Wayne would be proud.”

“We understand that people are naturally going to want to know more about who is singing,” says drummer Ken Jay. “We have discussed this at great length and we came to the conclusion that at this time, it would be inappropriate for us to put the focus on anyone other than Wayne, Tony, Koichi and myself. It feels like the best way for us to celebrate Wayne’s legacy, along with the 20th anniversary of Wisconsin Death Trip, with all of our fans.”

In celebration of this announcement, STATIC-X have revealed an exclusive promotional video for the tour, including a never-before-seen clip of the band performing a newly-recorded version of their hit song “Push It”, featuring an unidentified vocalist. Check it out here: https://youtu.be/LILaR6Vyyx8 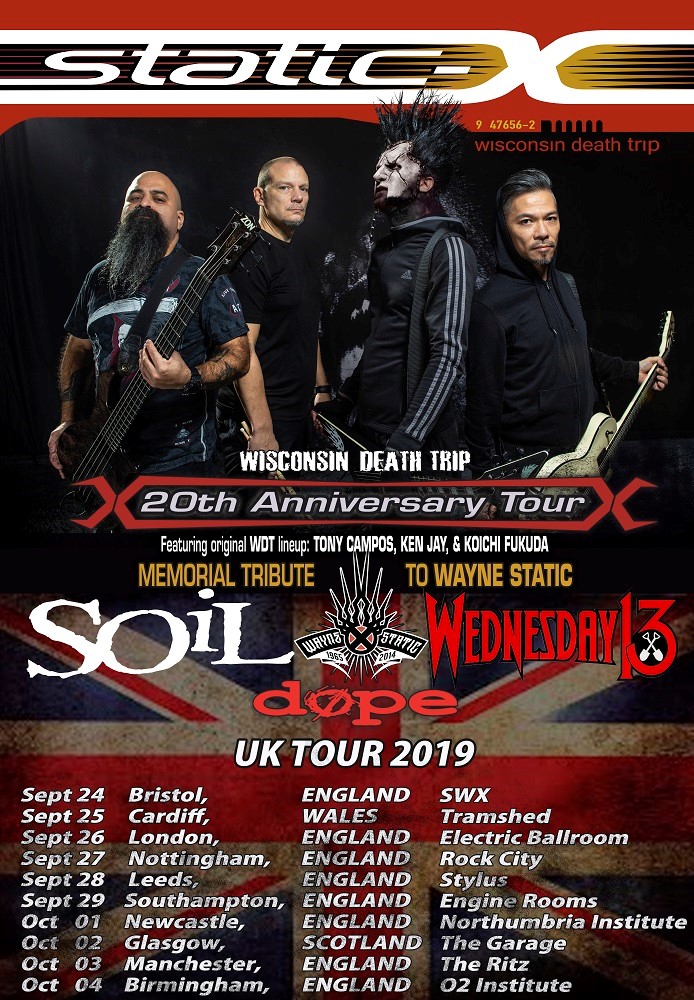 Review: Hands Off Gretel - I Want The World