Interview: Joanovarc “Harmonies are so important and can really make a song sound very special.”

Joanovarc are helping to keep the flag flying for harmony driven hard rock in the UK at the moment.  They have an empathy for music which makes their sound something truly special. Gary Trueman spoke to the band about their new album, sharing vocal duties and how misogyny is very sadly still a part of the music scene. 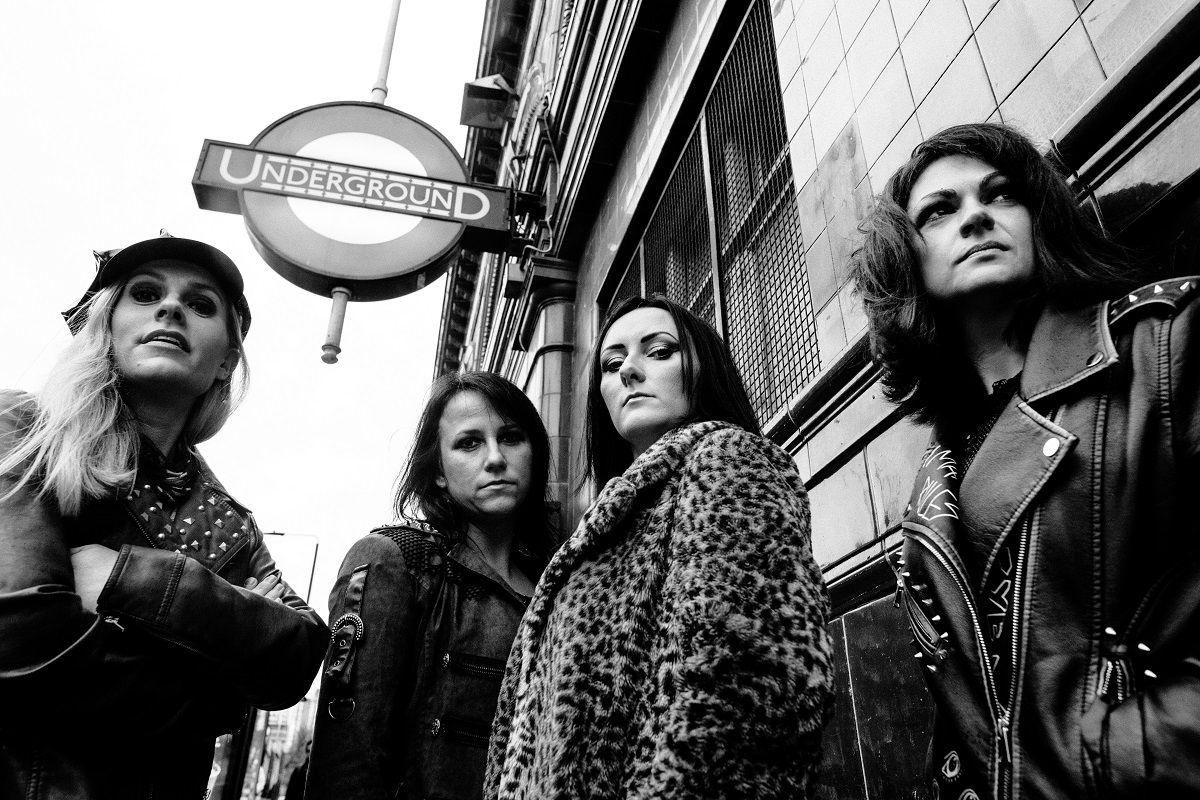 Let’s get straight down to business with your new album.  How do you think it differs from previous recorded work you’ve done?  Did you write the album over a period of time or did you sit down and work on it shortly before recording?

“Our first Album ‘Ride of your life’ was a great success and was playlisted and supported by Planet Rock and the rock press. We worked with Foo Fighters producer Gil Norton and recorded at Rockfield Studio. We set the bar so high that we were very careful about the production on the next record. This album differs to the first as it really shows our musical influences and what we are capable of writing. It also showcases the progression of our sound throughout our time together in the band which is something we are really pleased with.

We have many songs which sisters Sam and Shelley have written together since they were both teenagers which have been developed over the years and were pretty much album ready. Two songs written and sung by Laura on lead were again written a few years ago but have been developed with Sam and Shelley and tweaked in the production phases. The entire album only had a few tweaks to be made in the recording process which helped a lot!”

It’s a highly polished record from the writing through the performance and the production.  What was the creative process like and did that differ from before?

“Generally, we develop old and new ideas in the rehearsal studio and work with the producer to take them on to the next level. The 3-year gap was due to finding the right producer. We have recorded many times over the last 3 years to find the right sound. There’s no point in releasing an album unless you are happy with the production and songs. Some bands have famously taken 10 years to produce a decent album. We have always focused on quality and not quantity. The mixer for the new album was ‘Wayne Proctor’ – you may know him as the drummer of the band ‘King King’ but he is certainly making his name as a producer and we hope that listeners appreciate his quality of work with our songs.”

Who in the band does the writing?  Is it a team effort?  And who handles lyrics?

“Sisters Sam and Shelley have always been a great song writing team and started writing when they were teenagers. We have always got inspiration from real life experiences that have happened to us or happened to people we know or have known. The older JOANovARC material comes mainly from the Walker sisters with newer tracks in recent years such as ‘Dragon in the Sky’, ‘Ride of Your Life’ and ‘Say Sayonara’ having an equal amount of input musically and lyrically between all 4 band members. Laura also song writes with ‘Jane’ and ‘Try it On’ on the new album which showcases her song-writing and lyrics. Both tracks have had input and support in the arrangement and music from both Sam and Shelley.”

With a lot of music crossing over so much these days has it been easy or difficult for Joanovarc to keep your music very much something most will recognise as undiluted rock?

“When we are writing we generally think what’s right for the song and we are always open to different sounds and samples and don’t really think about fitting in to any genre. We generally do what we like and hope the fans will embrace us with our evolving music.”

What do each of the band members listen to?  Do you have any collective favourite artists?  And does any band member love an artist the others can’t stand?  Any surprising listening pleasures in the band?

“As a collective we all appreciate a wide range of artists such as Bowie; ELO; Motörhead; Led Zeppelin; Nirvana; Queen; AC/DC; the Beatles; Joan Jet and the Foo Fighters!

While Sam handles most of the vocals both Shelley and Laura also take the lead sometimes too.  How do you decide which songs will be sung by who?

“That’s an easy answer! We generally say if you have written the song then you should sing the track. It’s a much better idea as the songs are delivered properly with heart.”

We must mention those wonderful harmonies too.  They’re a big feature of the Joanovarc sound.  Do you think the art of singing in harmony has generally been lost in recent years?

“Yes absolutely. We barely hear harmonies from bands anymore. Growing up we listened to Queen, the Beach Boys, the Beatles and many harmony groups. We performed Bohemian Rhapsody once for fun and learned the vocal harmony score. Harmonies are so important and can really make a song sound very special.” 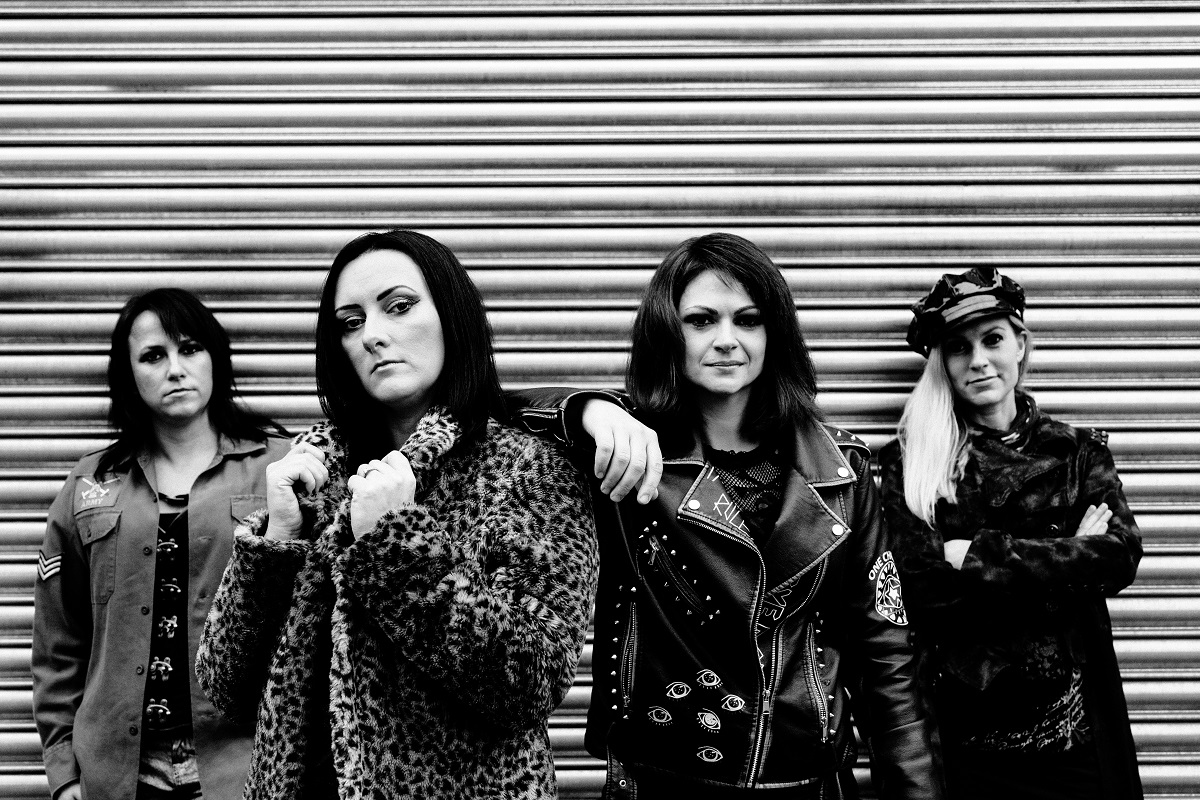 Presumably you’ll be touring the new album extensively?  What have you got pencilled in for 2019?

“Yes, we are touring the album and all tour dates can be found on our website:  http://joanovarc.co.uk/events/

We have some great shows coming up including Camden Rocks Festival which will be on the weekend of the Album release alongside a Hard Rock Hell radio exclusive on June 1st. Later in the year in September we are supporting the mighty Girlschool at a London festival and will be opening the main stage at Planet Rock Stock in December too! Just a few highlights for the year.”

Music generally has a reputation for misogyny and rock in particular has been notorious for it in the past.  Have you had any instances where you’ve found misogyny happening to you that you care to share?

“Yes, unfortunately we have had many incidents with misogyny involved. We could probably write a book with quotes. My favourite one and most common quote used is ‘You’re good for a girl’ which is very patronising. Gender shouldn’t even be discussed. Once we did get ‘We don’t like and don’t book girl bands.’ Our agent was horrified.

We over heard someone say that he hates girl bands which is sad considering he is in another up and coming band on the rock circuit. There are many female artists rejected for their gender first and the music doesn’t even get a listen. It is soul destroying.

In the days of the Runaways I hear the band had bottles thrown at them on stage. It’s incredible that they were strong enough to keep performing. Inspirational in fact!”

Do you think that things such as the #metoo movement and women being prepared to call out men has led to the music industry at least moving in the right direction?

“Yes, for sure. We believe name and shaming is the right thing to do and this should send a message out to the abusers that this will not be tolerated anymore. We hear that Glastonbury is calling for female artists this year too which is very positive.  Lzzy Hale also said in an interview that she was tired of only seeing one slot for female bands on festivals and on radio. It’s so true! It would be nice for other festivals such as Download to follow suit.”

You’ve played all over the country so what’s the funniest thing that’s ever happened to Joanovarc on the road?

“We have many funny stories and some that we could never share but this one we can! Whilst backstage at a Harley Davidson Festival in the south of France, the headliner on the bill was Bonnie Tyler. We kindly asked the stage manager to introduce us to Bonnie. She came back stage and was very happy to meet us and had some lovely photographs with us. After the photo session she asked if we were hungry and gave all of us tons of nuts and placed them in our hands (not knowing that our drummer is dangerously allergic to peanuts!) Before we could say anything, she disappeared. Luckily Debs survived after experiencing a medical scare with no Epipen in hand. If the nuts hadn’t been shell covered pistachios she may have had a very serious and life threatening reaction!”

And no doubt you’ve seen loads of bands too.  Have any become close friends and if so who?

“We are friends with Girlschool, Haxan, Syteria, Flower pot, Dorja, The Kut, Fyre Sky and Rock Goddess. Mainly the bands that we have gigged with. We are very supportive of these bands’ successes.”

Imagine Joanovarc are playing a gig and are asked to add four bands of their choosing to the bill to play with.  Any current band.  So Sam, Shelley, Laura and Debbie you get one band each to choose.  Who will it be and why?

Outstanding live show and they have a fantastic energy and buzz around them.

They are a young Iron maiden with an outstanding vocalist and lead guitar player. Great young musicians that deserve a break.

They are very entertaining, fantastic harmonies, great musicianship and an awesome live show.”

Joanovarc are currently booked to play:

The Victoria, Walsall – May 19th 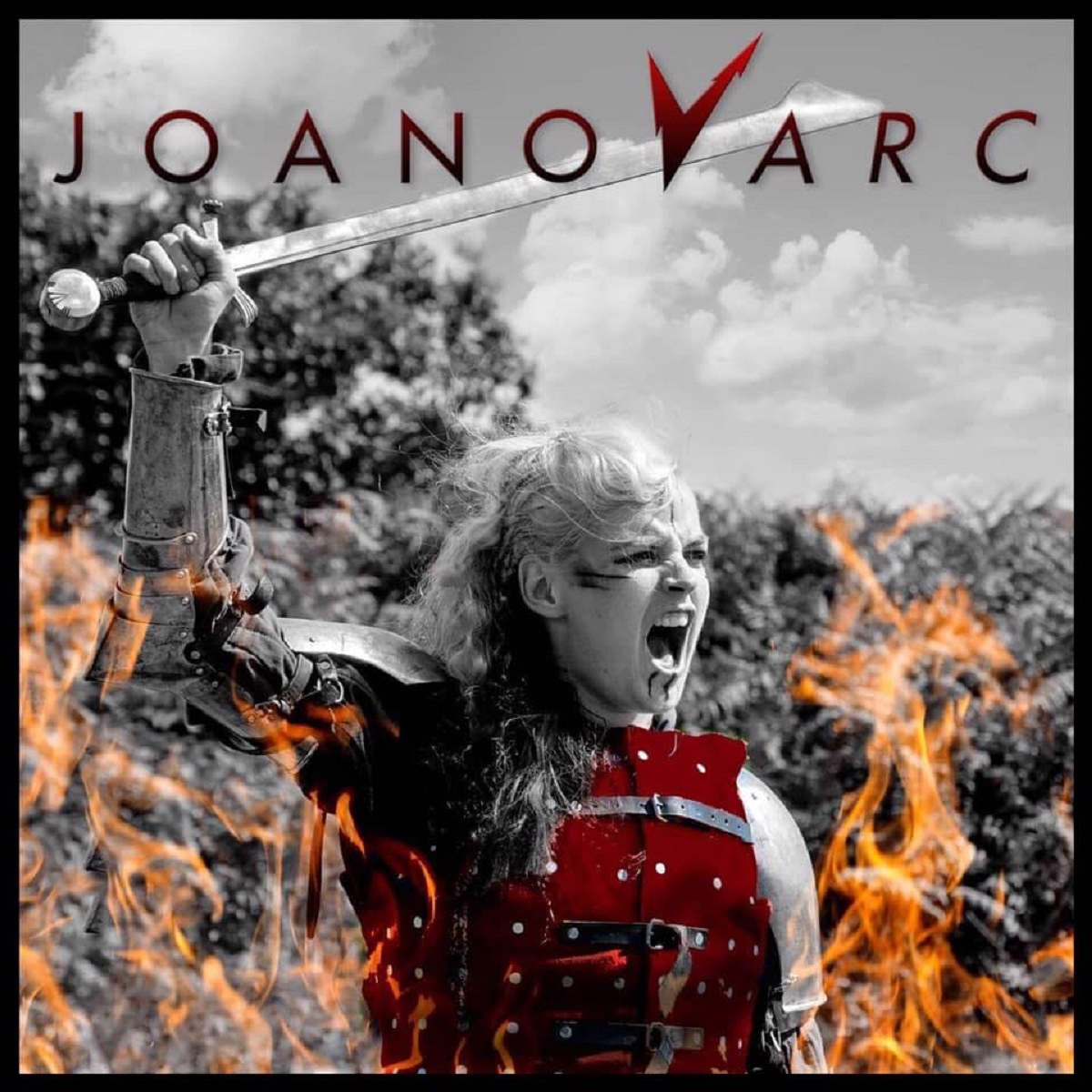 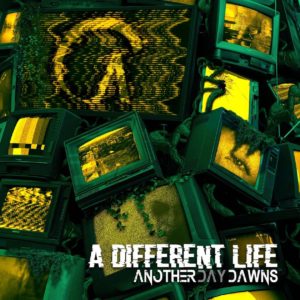 Another Day Dawns A Different Life EP – Self Released Refreshing, varied and confident. This little cracker of an EP from...
Copyright 2017 Devolution Magazine. All Right Reserved.
Back to top