Interview: Hayleys Leggs “I seem to add a different job title to my resume every year”.

Hayley Leggs will be familiar to many in the alternative scene.  She can be found at festivals interviewing bands, performing on stage as a fire act both with Nympherno and also solo and she has also modelled for many years. Gary Trueman dropped in for a chat at the Leggs HQ and talked about her recent marriage, being tall and drumming for Adam Ant.

You’ve got a lot of strings to your bow, do you think it’s important to be able to do lots of different jobs to be able to survive these days?

“Absolutely, in this kind of scene, and apart from that I’d just get bored doing the same thing all the time. I seem to add a different job title to my resume every year.”

You’re well known on the modelling scene, are you reining that in a bit more now as you do other things?

“I wouldn’t say I was well known on the modelling scene, I just do shoots when someone asks me to do one. Usually I’m happy to do it if it’s something I like the sound of, something a bit interesting. I’ve not really taken a deliberate step away, I’ve just done fewer and fewer so fewer people knew that was something I did, and I’ve focused more on other things.” 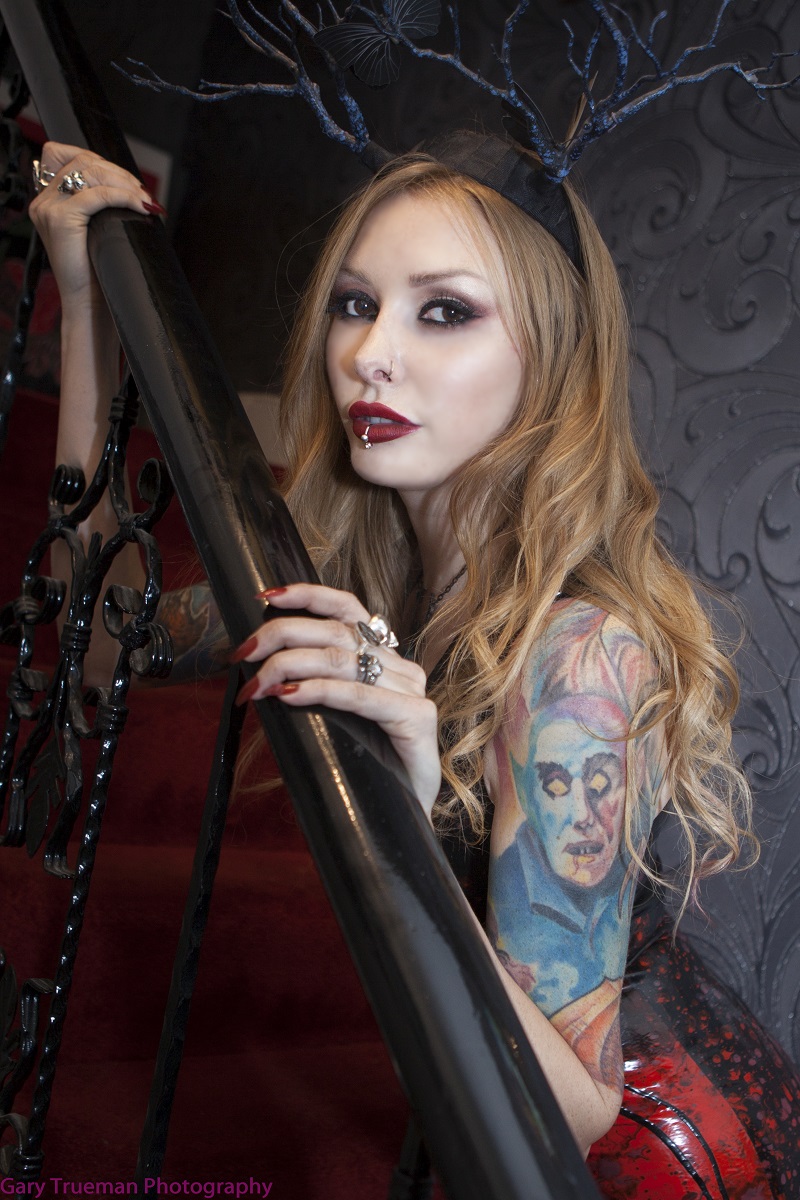 Some people may be unaware that you’ve played the drums in the past too and drummed for Adam Ant at one point. Was that something you started early on in your life?

“I started playing drums when I was about 14, I’d tried a bunch of other instruments before then, I’d been playing piano for about four years before then. The first rock band I got into was Muse and from there I got into metal and had this desperate urge to play drums. I begged my parents for a kit for a couple of years and finally got one.  I was in a couple of teenage bands. When I joined Adam Ant I hadn’t played for a few years so I was pretty rusty but the style of drums that he has is exactly the style I like. Compared to the metal that I’m into it’s a lot simpler.”

Any plans to continue drumming in the future?

“Unfortunately not because if you live in London and you don’t have a band and drums are your instrument it’s really difficult to keep up because you can’t really practice at home. I did have an electronic kit for a while but just did not have the urge to play it. It didn’t give me that satisfaction that a real kit provides. I just got out of the habit and sold my kit last year when I didn’t have the storage any more. I think about it often and fantasize that I’d carried on.” 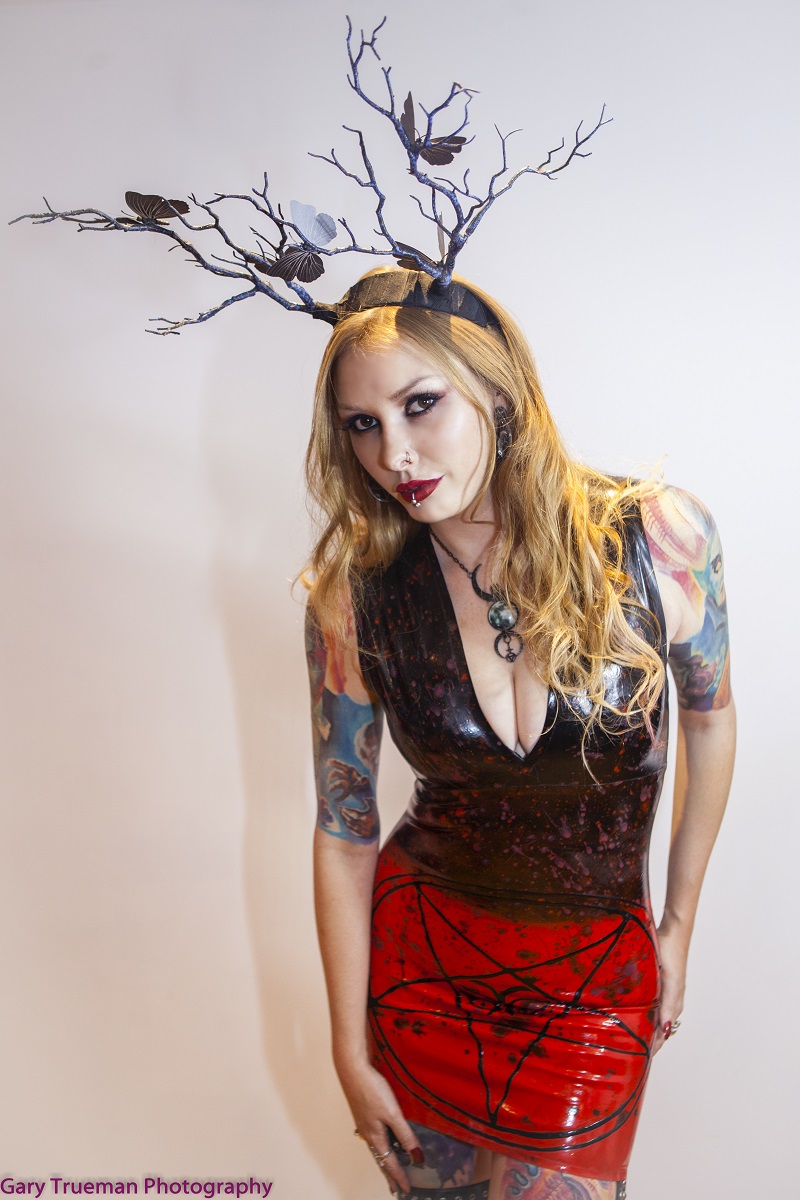 Moving on to something else that you do and that’s performing with fire as part of Nympherno (with Amy Harris, Kelly Sabrina and Kate Lomax).  What’s the status of that now because Amy had a baby recently?

“Nympherno was always the four of us and within that we would perform solo and duo shows as well. Amy left and had a baby. Kate doesn’t really feel like doing fire any more, she’s moved on to all the other stuff she does.  Kelly and I still perform but we’re in a place at the moment where we’re not sure to keep the name as just the two of us or get a couple of guest performers in.  We just know that we want to carry on doing what we’re doing. Kelly and I have worked together for so long, around a third of my life, and we work together so well and have a really good time so it never feels like work. I love doing the solo shows as well, they’re good fun too.”

You do TV work as well and have had quite a bit of praise for it. Is that something you’d like to develop?

“I started off by doing a radio show and from that I was interviewing bands. It wasn’t something I pushed it was just something I did when I was asked to. I did a show called the Electric Guitar Show which was fun, I did news reading for Loaded TV which was an unusual experience. I still do interviews for my YouTube channel and it’s something I definitely want to keep up for a long time. I should work harder to push that really.”

You recently got married. Has that changed your perspective on what you do or altered what you do in any way?

“No not really because my husband is very much into all the same stuff as me. He’s happy to go to festivals with me and he’s happy for me to go to festivals by myself so it hasn’t really changed anything for me. It just means I’m in a bit of a happier place not having to worry about dealing with dickhead men, haha. I have one who isn’t a dickhead. How romantic, haha. He’s been filming for me the last couple of times I’ve been to Hellfest. He’s my cameraman but he’s not the best at it because he gets a bit over excited when he meets his favourite band members and accidentally turns off the camera. But we do get to do that together and he’s very encouraging.” 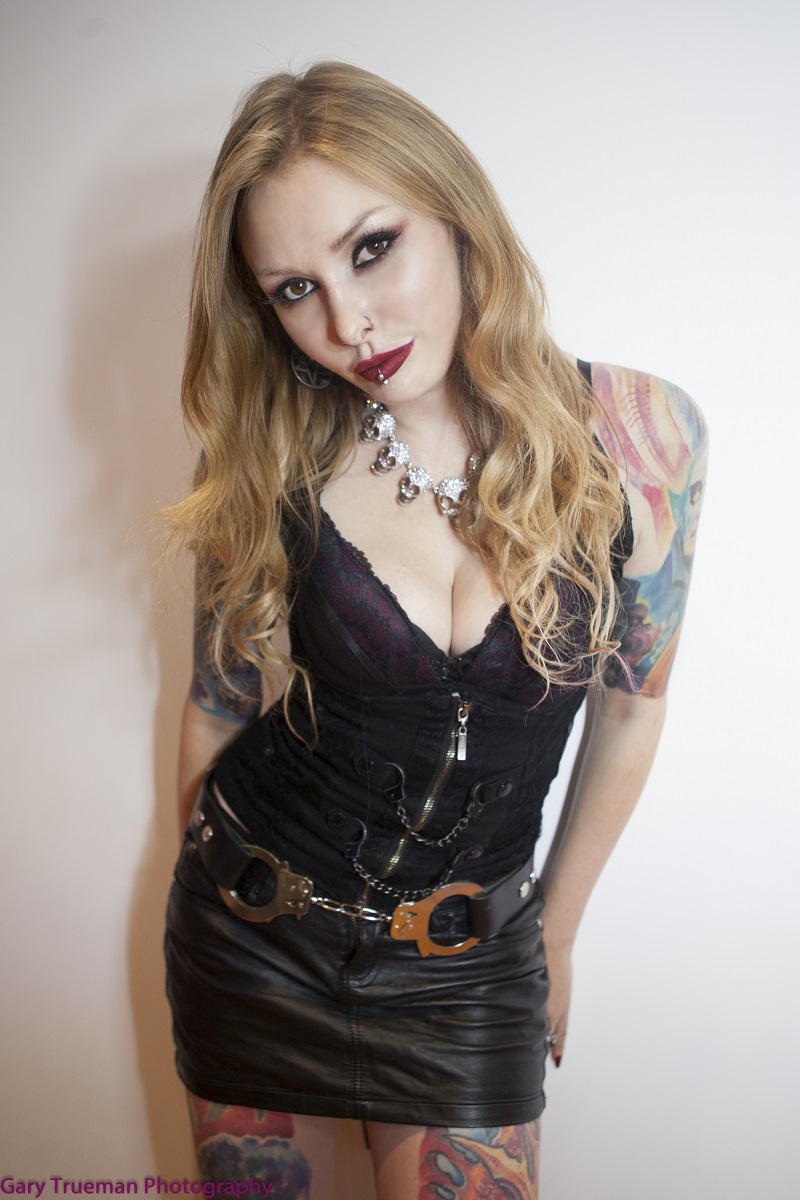 As the name Hayley Leggs would imply, you’re very tall. What’s the best and worst of being a tall person?

“The best is definitely at gigs because I can see over everyone’s heads. The worst is that I bang my head all the time. If I’m on a bus in London my legs don’t fit in the seats so it’s uncomfortable. It has its ups and downs. I often have women saying I’m so lucky you’re so tall but I say I probably have a fair bit of brain damage from the amount of times I’ve bashed my head. I’ve also given myself back problems in the past from where if you’re standing in a group, if you’re taller than people you subconsciously crouch down and it’s really bad for your posture. I’ve had to train myself out of that but I still catch myself doing it.”

If you could go back in time and give a 15 year old Hayley Leggs one piece of advice what would it be?

“I would probably say to keep up the drums no matter what. Just work hard at it and pay all the money you have to have a rehearsal space. Just push it and become an amazing rock star.”

Interview: Divine On Fire - Producer James Goodchild talks about a new film for 2019 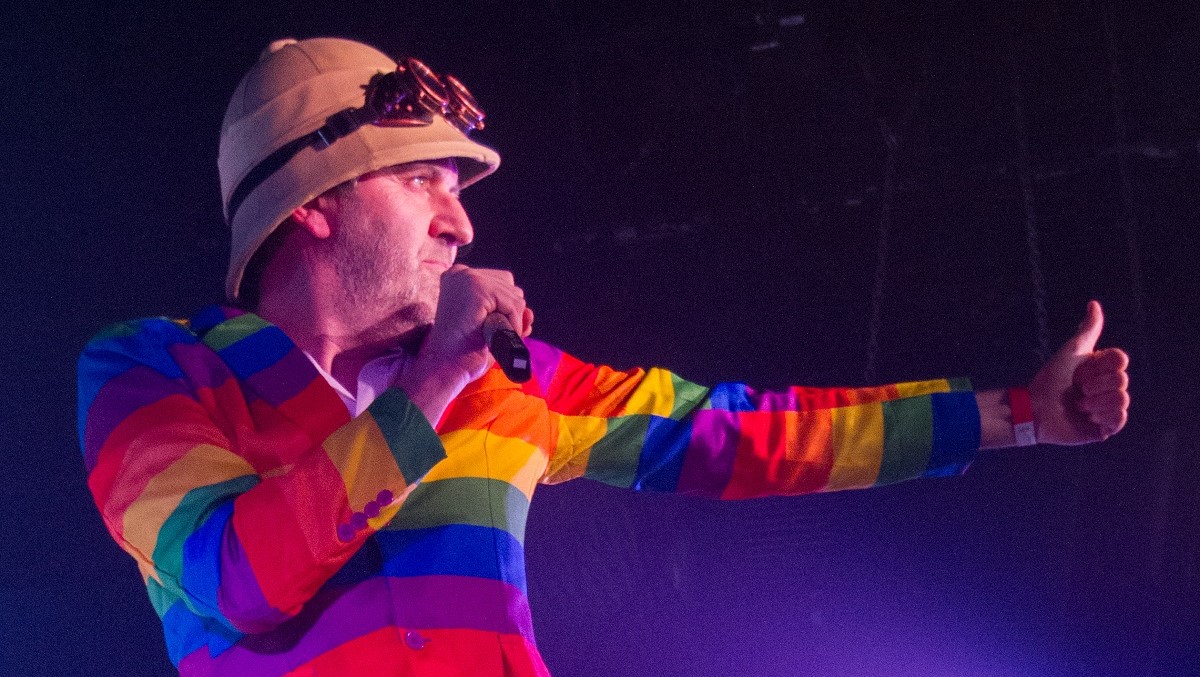 Live Review: Club Antichrist – Back From The Dead Party 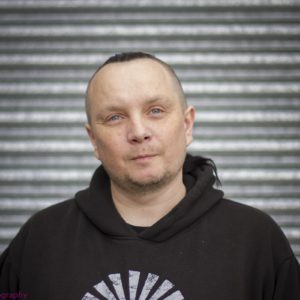 Interview: Divine On Fire - Producer James Goodchild talks about a new film for 2019

Divine On Fire is a new film featuring a lot of people that many on the alternative scene might recognise. Model Dani Divine...
Copyright 2017 Devolution Magazine. All Right Reserved.
Back to top