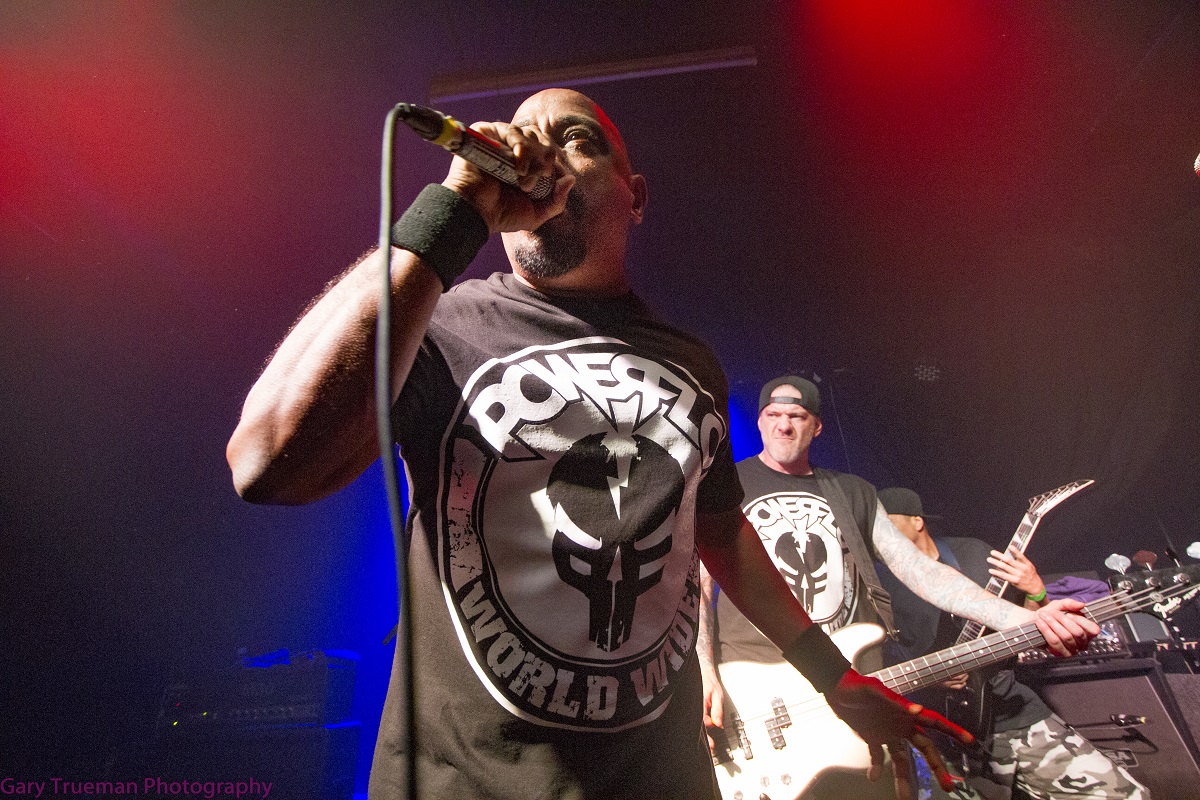 There’s been no rain at all for weeks and then when Powerflo hit town so does the mother of all rain storms. It doesn’t keep the punters away from the Boston Rooms though and one of London’s most celebrated venues has a good crowd in right from the start.

That’s good news for the Asteroid Boys who take to the stage fresh from their time at Download festival where they went down a treat.  Here things are a little more compact but the enthusiasm isn’t diminished any.  Although their music is a little less face melting than Powerflo’s the crowd give the UK band a great reception which they richly deserve. The set is jam packed with that modern crossover vibe that in reality is the future of music. Asteroid Boys look well set to become a staple of the touring scene and it can only be a matter of time before they rise to greater heights. 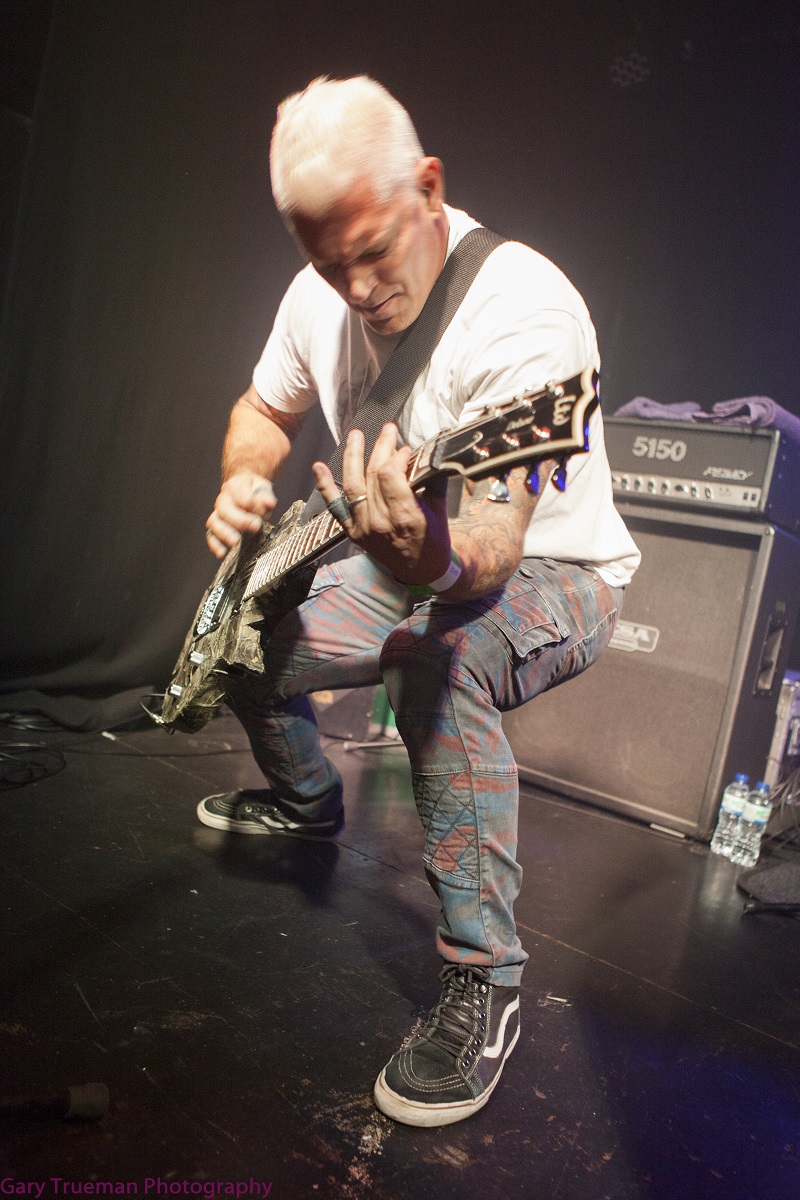 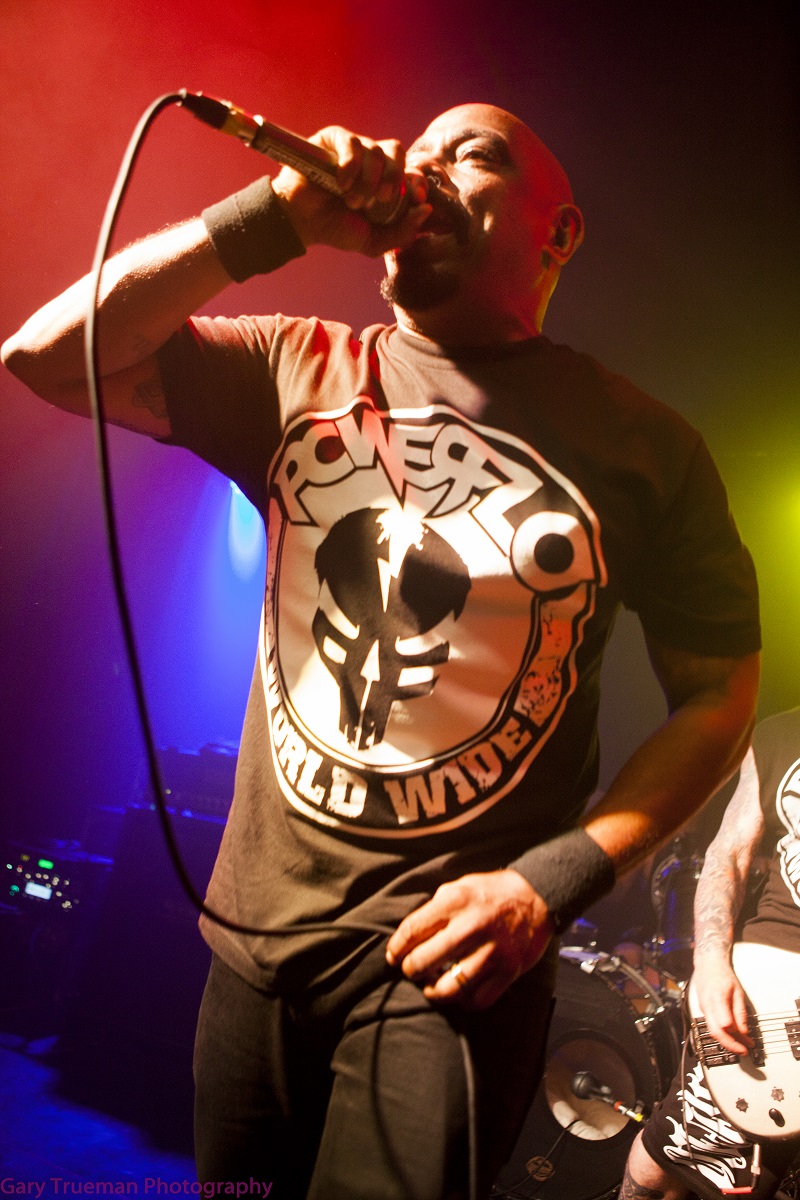 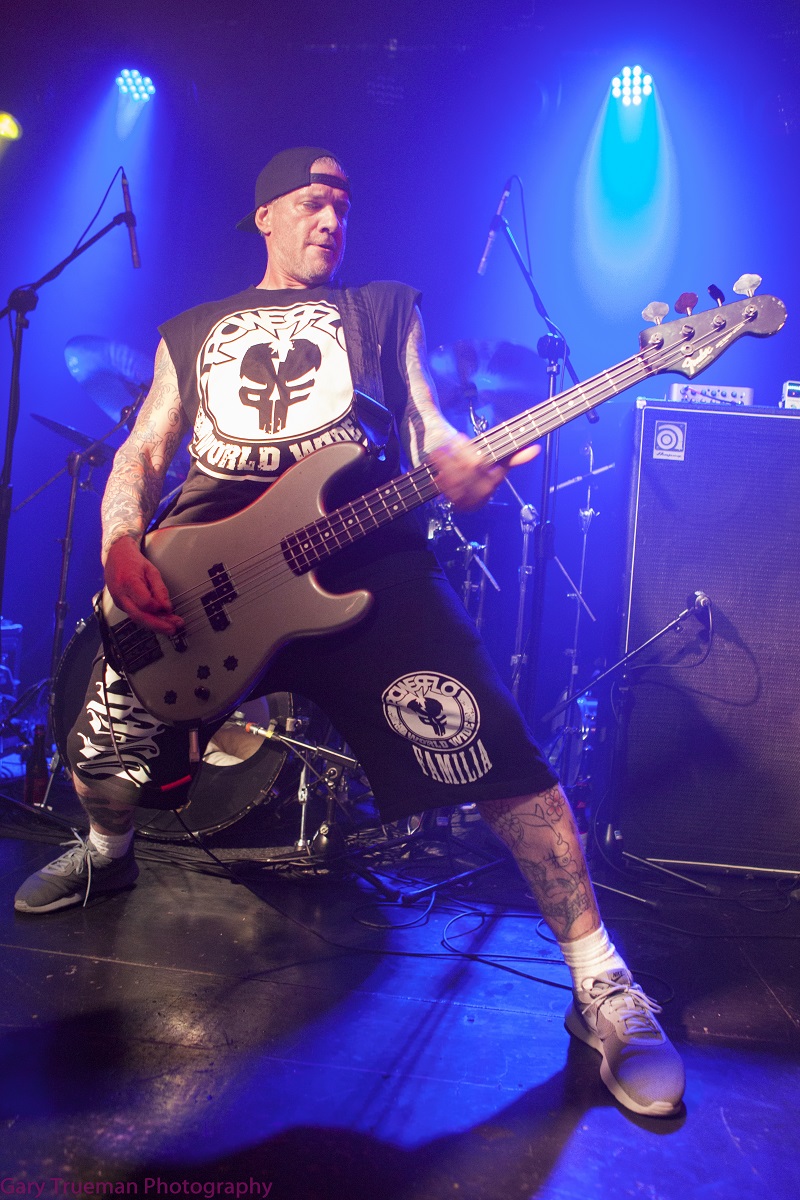 We all know the formula of supergroups and how more often than not the music they produce is based on compromise and fudge. Powerflo are different though, this is a band where the music is forged through genuine friendship and respect. This is a band of musical brothers who have put their collective experience into something that just works at every level. The songs flow like liquid gold, the performance of the individuals is masterful, but the really important thing about Powerflo is that they all look like they are loving being in this band. The lack of egos is noticeable right from the first note and that vibe resonates through to the audience who are revved up like a hot rod.  Big names in a modest venue with adoring fans make for a special night and Powerflo deliver in spades. This is roots music, hot sweaty and full of energy. It’ll almost be a shame when these guys inevitably end up playing arenas and so on, but for now we can revel in the fact that a select group will be able to say I was there, I saw them up close and personal. 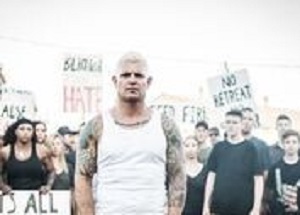 Interview: Billy Graziadei “There’s enough grime in every city, sometimes even the richest areas have the worst crimes.” 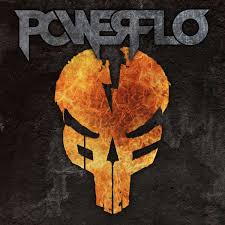 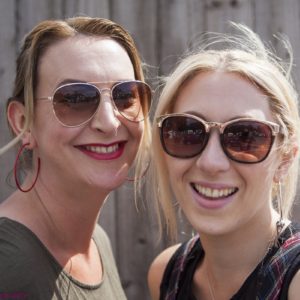 Take two thirds of punk icons The Smears and let them loose on music history and what you end up with is You Want Fox, a literal...
Copyright 2017 Devolution Magazine. All Right Reserved.
Back to top