Take two thirds of punk icons The Smears and let them loose on music history and what you end up with is You Want Fox, a literal drum and bass band that have a knack of turning out ballsy but melodic songs. The duo of Colette (drums) and Nat (bass) have recently released their second album Reverse The Curse. Gary Trueman caught up with the pair to talk about  the recording process, upcoming gigs and why they have a temporary third band member. 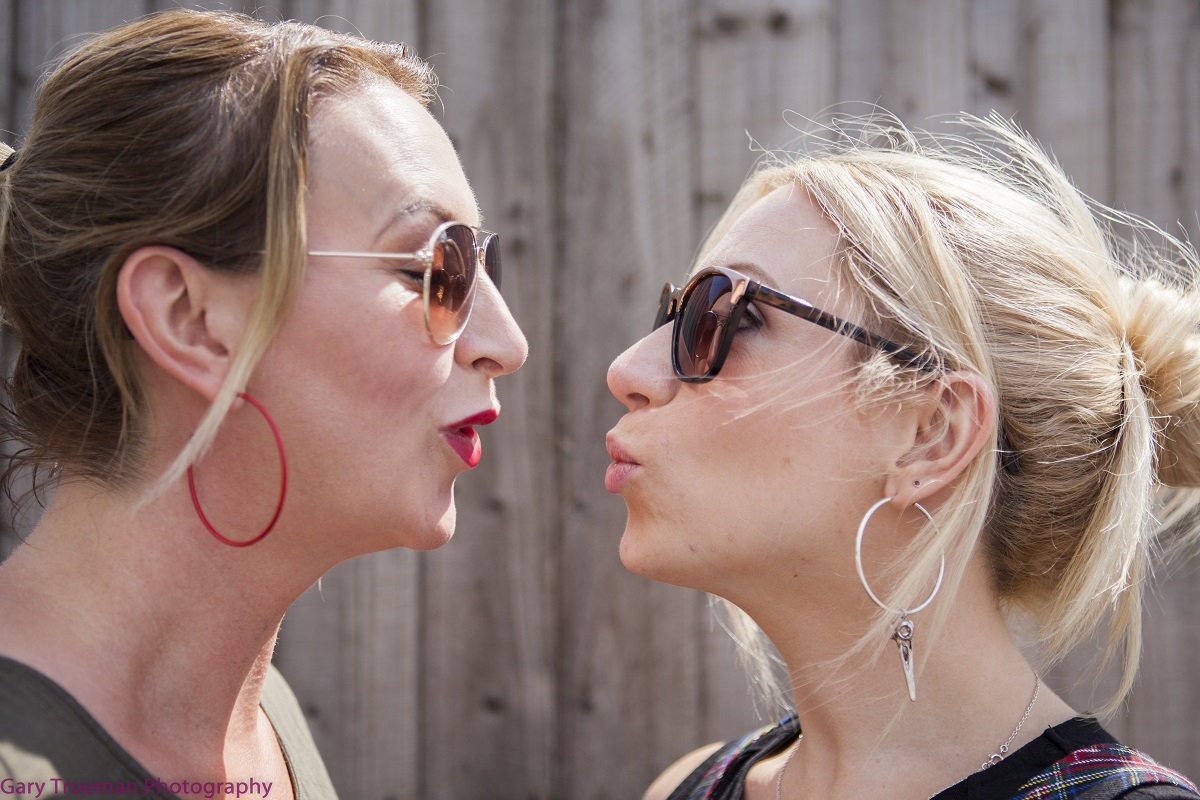 You have a new album out called Reverse The Curse which has gone down well with fans and critics we believe.

“Well it’s sold out so it’s gone down really well. We’re in the middle of getting some new copies organised ready for our next tour in September.”

How do you think the album differs to the first one you did?

“For a start we recorded it with Jay Graham who has a hard core thrashy sort of vibe. He’s the drummer with Ravens Creed so it gave it a more rocky heavier edge. Because he produced it as well he gave us some input into the recording process. It’s more consistent with regards to the actual recording.”

When you’re recording do you have everything prepared or do you change things at the last minute?

“We were really well prepared for this album. We had it all written before but we always find that there’s little bits of sparkle that we can add at the end. So once you’ve sat listening to a song 20 times throughout a day while you’ve been recording and mixing you start to hear little harmonies and melodies. So we write the crux of the song and write the harmonies afterwards once we’ve listened to it.”

So have you taken something that you’ve adjusted in the studio out into a live environment?

“Well Ex Boyfriend from the old album, that has a new lyric in it now. But that wasn’t really from the studio.  That was just where we started doing stupid noises at a gig and one of them was a fuck off and everyone laughed so we just kept it. Then we made people join in.”

So now it’s a popular part of your live show?

There are a lot of two piece bands around at the moment and a lot of them tend to have guitar and drums so how does it work for you missing the guitar but having a bass instead? Do your vocals make up for that particular pitch?

“Yes.  We do focus a lot on our harmonies with the albums that we write. It’s a bit difficult sometimes doing it live. We write it and then we’re like, oh shit!, how are we going to play this live? I just takes a lot of practice. We’ve got specific equipment now so it sounds fuller. And we can’t use anyone else’s equipment otherwise it doesn’t sound right.”

So how does that work at a small festival such as Messtival where you’re borrowing gear?

“Haha, we just bring the heads and pedals.”

You have a bit of a line up change at the moment due to Nat being about two weeks away from giving birth which means she can’t have a bass guitar strapped to her as she couldn’t reach it.

Nat: “I did my best right up until the end and we’ve got Ben now helping us out and he’s from King Of Pigs. After two practices he has basically learned my entire life which is quite annoying actually. We’ll go into a practice and he’ll be fiddling and adding bits and I’m like dammit that sounds better than my bass line. I’m taking some of his bass lines away with me but he doesn’t know this yet.”

So is Ben banned from bass guitar solos?

“Yes, and it is full on bass guitar solos.”

So after the baby is born you’ll be back to a two piece and presumably you’ll be playing more shows?

“We’ve got quite a few actually. We start in September with McMillan Fest. We’ve got loads of dates booked.  We’re playing Loud Women Fest in London.  We’ve been put on a vinyl release too by Punk Fox Records. There’s four bands on it. We’re really excited about being on vinyl.”

Vinyl has really come back.  What’s that all about?

“We don’t think it really went away. It sounds great. It’s got a warmer sound to it. We’re looking forward to hearing us on it.”

Moving into the future have you got any plans for 2019?

“We ought to think about writing another album. Start the long process all over again. It’s a bit daunting so we need a bit of a break first. It’ll be nice to just enjoy this next batch of gigs playing Reverse The Curse. When we feel ready we’ll start jamming again. We’d like to travel somewhere warm. We’ve been saving all our pennies so we can do a few gigs but somewhere where there’s more sun.”

“Well maybe. We discuss it every time we see each other.”

So each of you gets to pick someone to play the other Fox in a film about the band.  Who do you choose?

Colette: “It’s got to be someone hot to play Nat.”

Nat:” Aww, bless you. I was thinking someone from Ab Fab for me. Actually that’s perfect. Joanna Lumley and Jennifer Saunders, but we’re more like Joanna Lumley.”

So You Want Fox really are the Ab Fab of punk rock then?

“Yeeeaaah. We always refuse to stay on someone’s floor, we always go to a posh hotel and drink champagne.  Haha.” 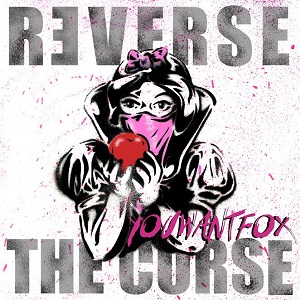 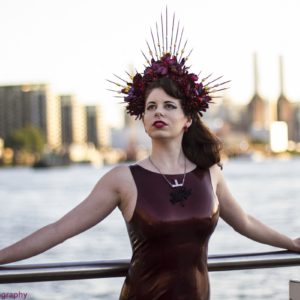 Ruby Dagger likes to walk on the wild side. She’s a model and side show performer specialising in the use of whips, swords...
Copyright 2017 Devolution Magazine. All Right Reserved.
Back to top