Mark Bestford chatted to Josh from Puppy about their forthcoming album, their end of summer tour and their ultimate goal as a band. If only distortion could fix all the mistakes everyone makes in life, but at least it works for Puppy 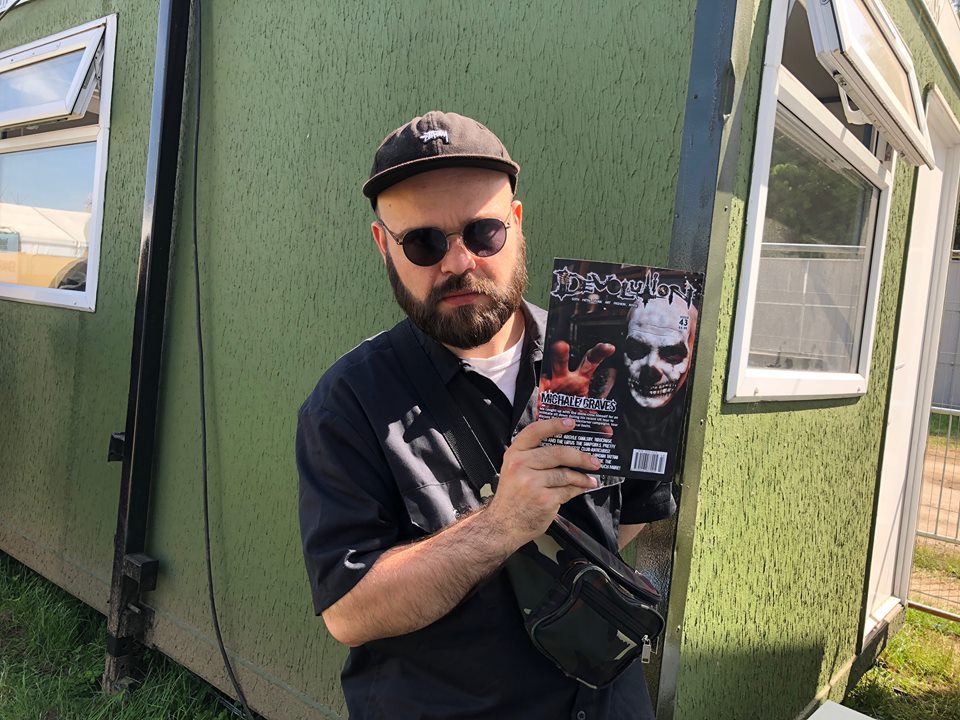 You signed up to Spinefarm records last year.

Are you currently working in the studio?

“We’re out of the studio. We finished up the album, it’s just getting mixed now and getting the artwork together and all that and it’s sounding pretty wicked, really happy with it so I think it’s going to be out late this year, we don’t have an exact date but we’ve got new music coming out soon hopefully and I think we’ll be able to announce all that info when it comes out.”

Any plans to tour it?

“Well we’re going out in August, we’re doing like a little nine day run or something, a headline run. It’s a UK thing, starts the first of August I believe. But that’s obviously I think before the album comes out, but we’ll have new music out by then, and then once it comes out, yeah, we’ll be trying to tour as much as possible. If anyone will have us we’ll come play.”

With the album all done you’re still writing new music at the same time?

“Not a lot, I mean we enjoy writing music so we’re still coming up with ideas and stuff, but the album’s definitely all finished. Like I said it’s just getting mixed, and I guess we’re kind of thinking about what’s going to come next. With it being mixed and stuff now there’s a bit more free time, so we’re thinking about putting little bits and bobs together because the time will come when we have to do another one so it’ll be nice to have a few in the back pocket before then.”

So, with that in mind, going back on the road once the album’s out, have you got any idea who you’d like to go out on the road with?

“U2 I think would be really good, Guns and Roses if they need a band to open up for them would be great, if they’re listening. That’s it, only those two bands. We’ll refuse anything else, they’re the two bands we want to go out with.”

“Most like? That’s a real tough one. Who do we sound most like? We get Smashing Pumpkins a lot, we get told that quite a lot. We get told Coheed and Cambria quite a lot. I’ve never listened to them but I’m told they’re a pretty cool band. We don’t try and sound like anyone in particular, but we get those two a fair bit, so probably one of those I’d say.”

It does have quite a unique sound, there’s a very heavy undertone, but with a little bit of indie thrown into the mix.

“Yeah, that’s broadly speaking that’s what we’re into. I was speaking to somebody earlier and they went to see Sleep last week and on the way back we listened to Wings in the van. We just love all sorts of music and try and put it all in there.”

In your own words introduce the band to people who may not know you.

“We’re a band called Puppy, we’re the greatest band of all time and that’s all you need to know. I know, that’s a really tough one. You summed it up pretty well before, heavy undertones with a bit of indie rock thrown in there. That’ll do, I’m happy with that.”

You had quite a good turnout for that time of day I’m guessing, on a Sunday. Were you pleased with what you saw?

“I was very pleased with what I saw. I don’t think we clashed with anyone particularly good so that was a real touch. We played here two years ago and it was a great show for us, there were definitely a lot of people there, and this year felt like a step up and a lot of people were genuinely into the band rather than just coming to check it out. There’s nothing wrong with that but I think as time’s gone on people have got to know us a bit more and are coming down knowing the songs and singing along to stuff which is always amazing to see and it was great, it was really cool. “

Do you have a main songwriter in the band or is it a more collaborative effort?

“Me. I kind of write by myself and then I kind of go in with the guys and most of the time they tell me it’s shit and go back and do another song but if they do like it then we just work on it together and we tend to flesh it out a little bit and we practise it and stuff like that. But yeah, I write by myself at home a lot, shout out to Garage Band for helping me with that. We all contribute a lot to the sound of the band. I always know that Billy and Will are going to put some cool twists on stuff and I trust their opinions more than anyone, so if they think something needs tweaking, or this or that, I’ll listen and the song will always come out better because of their input, and the band wouldn’t be the band unless it was the three of us if you know what I mean. “

You put out quite a bit of energy onstage, it must be quite hard singing and playing at the same time.

“I really struggle, I mess it up quite a lot and I’m constantly worried I’m going to fall over. But I think it’s something we’ve worked on over time. We’ve been a band for about three years now and I think we’ve always tried to up our game. I think going on tour with bigger bands has really helped show us how to put on a show a bit more and stuff like that. And we’re not like the fucking craziest on-stage band but I think we definitely have learned a lot. We went out with Creeper last March and seeing how they worked a stage was amazing, I think that taught us a lot. So, we’re constantly trying to pick up bits and bobs from bands and get better and that’s the thing I think, as much as we’re always happy with how we’re doing, we always want to get that bit better and put on a better show, more engaging, play better. Hopefully at some point in the next year we’ll be able to get through a show without making a mistake and that’s the ultimate goal. We’ll retire once we’ve done that.”

I didn’t hear any mistakes today.

“Well if you put loads of distortion on everything you can’t tell anyway so that’s the secret.” 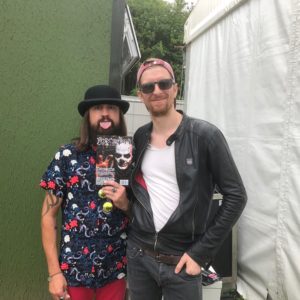 Mark Bestford caught up with Adam and Baz in the Download sun where discussions included camping to save money, their new album...
Copyright 2017 Devolution Magazine. All Right Reserved.
Back to top