Punk bands such as Bad Cop / Bad Cop are a conduit for the masses. They say what the people can only think and they say it loud and proud. The west coast quartet have been doing good business since Trump came to power so it was with good timing that Gary Trueman got to have a chat, talking about punk music, misogyny and building a fan base. 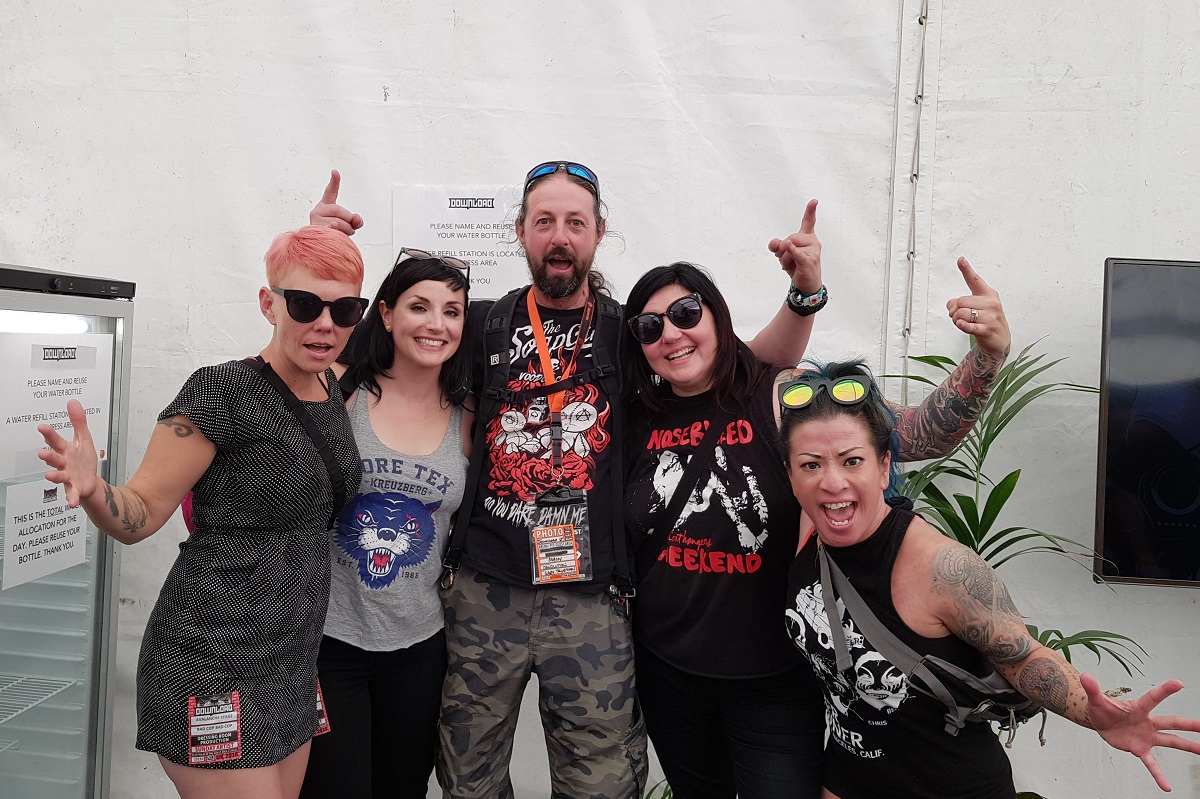 You’re a punk band with a bit of grunge thrown into the mix.  Do you think with that style of music it finds a resurgence when there are societal issues?

“Yes. Punk rockers are always the ones to talk about it. When we got a shithead president everyone knew we were going to get some good punk rock records. We felt like we had a duty to say some stuff especially when everybody that we knew felt marginalised by Trump winning.”

Punk music is the voice of the people in a way.

“It really is.  You don’t have to worry about it being controlled by corporations.”

Also with punk in the UK it’s becoming much more diverse. Is it the same in the US?

“Well every band started as a goddam punk band y’know. Every metal band, every band, even pop acts. They’ve been in a room with four other people and people playing guitar driven stuff. It’s where everybody starts. There are so many punk adjacent styles too. You can get in at the ground level with punk music, you can get hooked and it’s a DIY community. You don’t need to have anybody vouch for you you just play.  You are welcome here and you can just do it.  Back in the day they used to call Blondie and all those other  bands punk rock. It’s the ramp on to everything else.”

Certainly in the UK punk is more of an ethic.

“It’s a lifestyle. You live your life this way. You dress how you  like and do what you want, it’s an ethos.”

With regards to DIY and the way music is sold now and how accessible it is it kind of pays to be DIY and stay in control of your own destiny?

“We’ve been talking to another band recently about how when a band starts to get big their stage costs mean it’s still not putting any money in their pockets. It is better at this level. We manage ourselves so we get to be hands on. If you’re working for somebody else you have to watch what you say. This just came up with Punk In Drublic and everybody is all oh my god he can say what he wants but he’s working with a corporation so he can’t. If you work for yourself you can say whatever you want.”

There’s been a lot of criticism recently about festivals not booking many female artists when a great many are available. Do you think at least in the rock and punk communities the misogyny is stating to be broken down?

“We are benefitting, and in some ways this will upset some people but they are saying not another dude band on this tour or that. I don’t think we are not deserving of those tours but it’s nice that the music is a selling point rather than they’re not that good but…..  There were a lot of female acts in the 80s such as The Gogos, The Bangles and Madonna that ran shit for a long time. We have a lot of people to look up to. It takes a lot in this industry, even men, to make it. It takes a certain type of personality to do this job. The fact that we’re out here doing this as women is amazing.”

It should never have to be that way though?

“It shouldn’t but change needs to start somewhere. Better late than never. Because we’re getting more exposure it’s opening up that gate. It’s not only promoters realising they need to open up the diversity but it also encourages young women to just do it. You’ll find a way. It’s hard but it’ll be worth it in the end.”

You’re gaining a good reputation both here and in the US and building a strong fan base.  Have you noticed any difference in the way US and UK fans follow  your music?

“It’s just one big happy family. In the US you have an opportunity to see a lot of bands in your own back yard more than once but we haven’t been here for more than two years. It’s amazing when you play somewhere new, like we played Australia, and it was amazing how many people had heard of us. We are very open with our fans and how we interact with them. We do a lot of signings and meet a lot of people, a lot of kids.”

So we’re at Download so will you be checking any other bands out and if so who?

“Turbonegro and Body Count.  We want to see Less Than Jake too.  The Hives and Ozzy. We definitely want to see Marilyn Manson too because holy shit!” 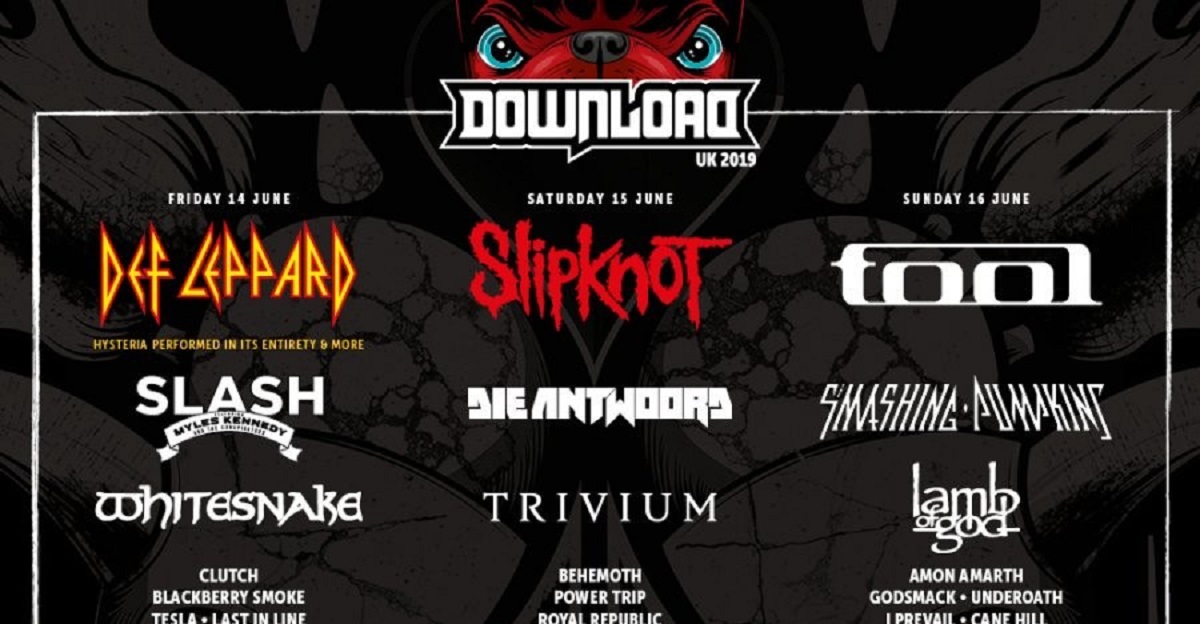 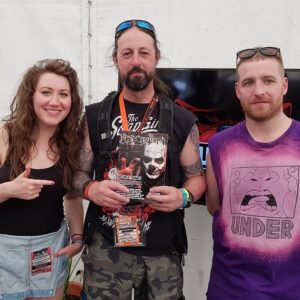 The Hyena Kill are turning a lot of heads at the moment. The Manchester duo have just released their critically acclaimed...
Copyright 2017 Devolution Magazine. All Right Reserved.
Back to top