Swedish metallers Avatar are back with their latest album, Avatar Country. They also once again played a blinder at Download  Mark Bestford caught up with Johannes to talk about the album, and about the influences that have shaped their music to date. 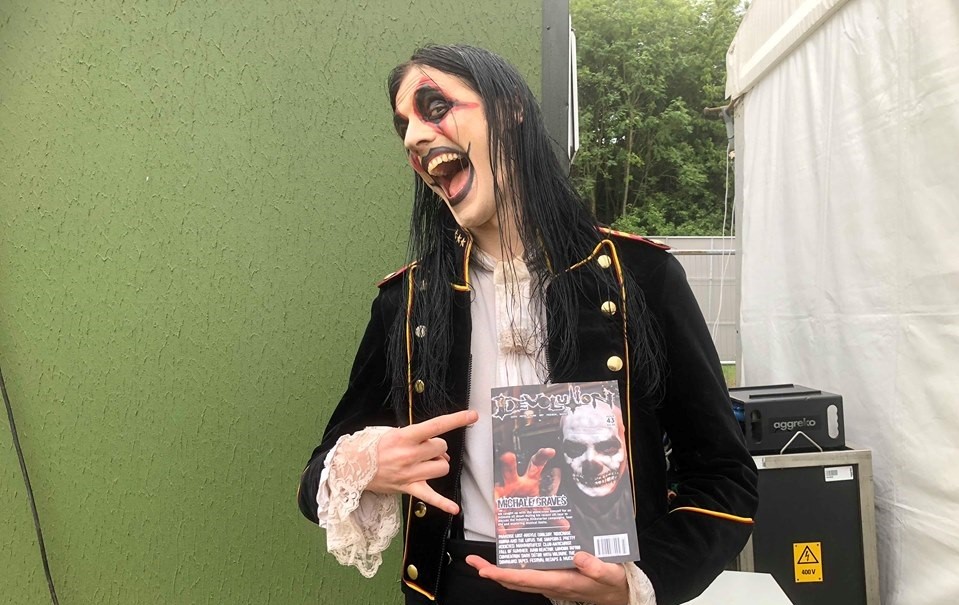 The new album has been out now for six months, what’s the response been like?

“Great, is the short answer to that. But it’s been really good, I’m very pleased with it, it’s a kind of offbeat thing to do I guess, that we went so much more positive sounding, it’s a brighter sounding album. For good reason, as we decided to tell the truth about our King, open up the borders of our country and people embraced the idea of us doing this immediately and we’ve been riding on that wave since we released the first single, in October or something, People seem really into it and I’m proud that we once again did something very different, it’s always the ambition to change things up every time and not be stuck in a certain formula.”

The album release dates have been fairly consistent, can we expect another in 2020 or maybe earlier?

“I don’t know, we’ve just got lucky that it’s ended up like this, it’s in hindsight that we’re consistent in structure, but we’re really not. The only thing we go on when we write and record is it’s done when it’s done and it’s done when it’s good. So, it will take the time it needs to take, but we’ll see what that means. It could still mean 2020. Now it would feel weird if it was longer than that.”

You’ve kept your line-up steady since 2012, how important has that been to the band’s growth?

“It’s a necessity to us, it’s like we are feeding very much off each other, Since 2012, which is when Tim joined, before that, the rest of us, and the guy who with us before, Simon, we basically essentially learnt how to play and write together, like this was most of ours first proper write your own material kind of band, so we really started out together and we knew Tim for years and years before he joined the band. He was in the circle of friends anyway so the way we are, function, communicate, how we write and perform, it’s a terrifying thought if we were to change the line-up now.”

What was the response like from the crowd today for you?

“Great, amazing. The other couple of times that we’ve played here we basically opened the festival up so people would run down the hills to catch anything of us as we would start at eleven. And now they put us a bit later and so people had some time so it’s the biggest crowd we’ve played in front of here at Download and they took us on very nicely. It was good.”

The stage show is very theatrical now, what influences have you brought to that stage show?

“What influences? *It’s from all over the place. Once we grew into understanding that theatrics is very important to us and to visualise the music then it’s just our imaginations that put a border around where we can go with this. Because it’s all about, like our music is influenced from so many different things, so of course it’s a foundation there and we end up talking, I end up thinking a lot about Black Sabbath and The Beatles when we were writing, but then of course we’re influenced by a ton of stuff, and since the music is like that then the theatrics are all about visualising the music. So of course, as it’s influenced by the music it has a million influences as well, if you understand what I mean.”

Your current album is a concept album, can you describe it to us in your own words?

“Well what happened was that we found and realised that the time was right in order to tell people the truth about our King and open up the borders to Avatar Country and this is our tribute album to the King from the heartland of Avatar Country.”

In the modern on-demand music scene, is the concept album dead or do you feel there’s still room for them?

“It’s still alive and well, obviously. We’ve never been as successful as we are right here and now so it’s been working well for us, and the beauty of it is that in metal music more than any other genre in my opinion and experience the relation between artist performer and audience is fully based on honesty so it’s encouraged not to second guess what is the current trend, what are the demographics and bullshit like that. What you do as a metal artist is you write and perform from the heart and that reaches the heart of the people in the crowd and since it’s like that the concept album, in our case, is what the muse, the sirens told us to write basically and therefore it was the most honest thing that we could do and that shines through.”

In the band who has the worst habits on tour?

“I think after a while even the most harmless habits become terrible habits when you’re together. We all make certain sounds, when getting up or when people are breathing or people chewing with their mouth open and stuff like that, that isn’t really a big deal but it becomes grinding when you’re touring as much as we do now. I don’t know, most of us are heavy nicotine addicts and that’s the only really bad habit I guess.”

If you could have any one item, no questions asked, on the band rider what would it be?

“We’re kind of boring like that, we’re very simple people when it comes to what we want. I don’t know, I don’t have a really fun answer for you for that one. Just a runner to take us places because sometimes we feel trapped by your own design, trapped at the venue. So a map of the city and info on where everything is, sometimes we put that in there at some towns and I always appreciate that.”

“I really don’t know, like the thing is, when we learned to play we put so much of our influences early on, let’s cover these songs basically, was from melodic death metal and more extreme death metal. So we covered Slayer and Cryptopsy and then In Flames, Helloween, okay that’s something else entirely, but those were the choice of covers in the beginning and that kind of, because those were the kind of riffs we learned to play that also became kind of the riffs we were writing early on. The Haunted was a huge influence like that but then the years are going and we really put an effort into making, first and foremost great metal, but then also try to write songs we haven’t heard yet. I feel if I was to pick a biggest influence and name them it’s just a tiny part of a big puzzle. I don’t think we sound like Rammstein, but they had a huge influence on us. I don’t think we sound like Black Sabbath but again that is to me as a song writer the most important band to reflect on when doing metal. Or Judas Priest, like the old stuff. I don’t know, that is a question for the listener rather than the writer I think.” 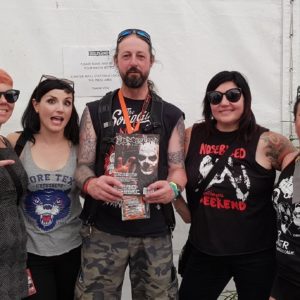 Punk bands such as Bad Cop / Bad Cop are a conduit for the masses. They say what the people can only think and they say it loud...
Copyright 2017 Devolution Magazine. All Right Reserved.
Back to top