Death Blooms are a Liverpool based metal outfit that represent the very best of cutting edge music. So much so that none other than Korn’s Jonathan Davis recently took them out as support during his his recent UK solo shows. Gary Trueman caught up with the band at this year’s Download festival to talk about their music, their name origins and the underground scene. 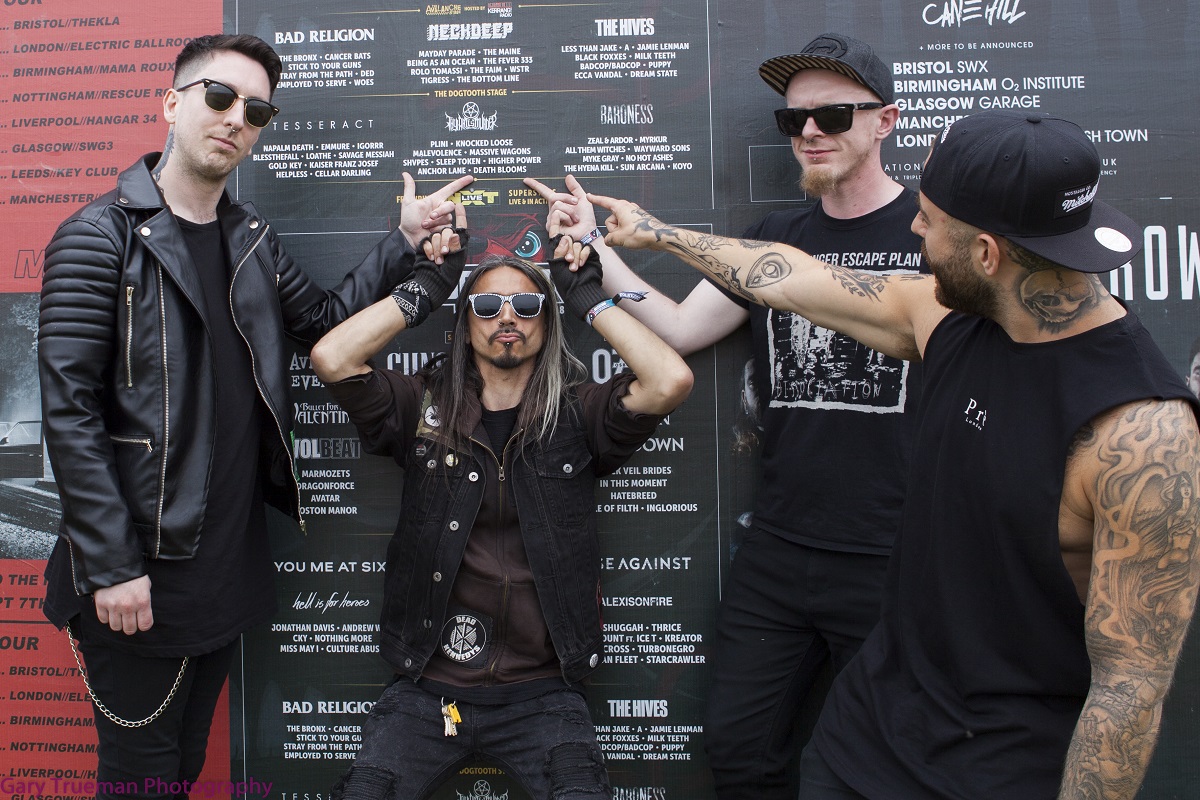 You appear to have taken your name from a Mudvayne song, is that true?

“It’s kinda true maybe subliminally. Obviously we’re big fans of Mudvayne. It was definitely just one of those things, that’s definitely just the best name we had and it just so happened to be a Mudvayne song.”

Music is quite a melting pot these days so other than Mudvayne what has gone into the Death Blooms pot?

“Everything. When we started we just wanted to put as much in as we could, all different kinds of music. We wanted to write good riffs with a lot of stuff going on, pop punk choruses, metal riffs, hard core, all the stuff we grew up on.”

Music has changed a lot recently and although it’s really hard to break through with so many new bands around.  There is a way of getting your music out to fans which has reeled in the labels quite a bit. Do you think the underground music scene is really strong at the moment?

“Oh massively. There’s some great bands around like Malevolence, loads of bands on the Dogtooth stage at Download that are pretty underground., Some are getting to be bigger now too. It’s great to be a part of that stage.  It’s strong, really strong.  Loathe were on the same stage as us, it’s crazy. It’s nice to see some on the main stage too like Boston Manor.”

Do you think it’s good for a big festival like Download to have that underground independent vibe going on as much as they can manage it?

“It’s really important to get a lot of new bands out here playing because that’s the next generation of the big bands. You’ve got to nurture that and people come out and show their support. Fans have got to have that opportunity. It’s really cool that festivals like this do that.”

There’s a fifth stage here too this year in the RIP camping area which you also played. What was that like to play?

Was everyone drunk watching you?

“Pretty much. Lots of people with their tops off banging their heads and stuff. It was very luxurious. You’ve got guys there with beers in their hands, hog roasts in their hands. It’s a good stage and we played with Ded. Another good UK band.”

You had a really good crowd in the arena too.

“It was incredible. We had a pretty full tent there and we had pits going on. It was great fun and it was really cool. It was good that people showed up really early and gave us their support. It’s not easy to get up on a Saturday morning after a heavy Friday night so we’re very impressed with people actually. Seeing guys in a circle pit at ten to twelve in the morning, that’s dedication.”

It must be nice to know that people have checked you out and have decide to come along and watch you play.

“It’s amazing, it’s the best feeling in the world.”

So what have you got planned for the future?

“We’ve got no more festivals. We’re going to concentrate on doing new music. It’s watch this space at the moment touring wise.”

Do you find putting a tour together can be really tough?

“It can be but it’s what we do. It’s the way it goes but we’ve got some really good people out there as fans.”

You look and sound like a band ready to make a big step up.

Some of you are in other bands as well so does fitting it all in work OK?

“It’s never been a problem. No issues. All we want to do is play shows.”

You look like the sort of guys who have done a few festivals as fans as well as with bands, so what’s your big festival survival tip?

“Drink through it. Just keep drinking through it. That’s great advice, forget your head, have fun and look out for all of your mates. Make sure everyone’s OK, that’s what it’s all about.”

Words and photos by Gary Trueman 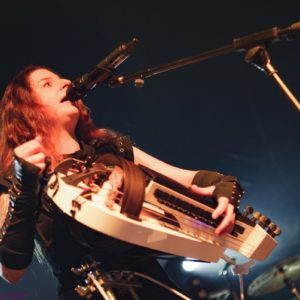