Directed and written by Chris greenwood and Warren Speed, we begin from “Zombie Women of Satan” where a movie has been released about the first films events. Pervo the clown (hero of the previous film) is now out of control, squeezing his 15 minutes of fame whilst touring the country. The remaining family members from the original cult, lead by Octavia, plan revenge by using a party to lure Pervo into a Zombie women trap.

Pervo (played by Warren Speed) lives up to his name with inappropriate behaviour and egotism nearly uncomfortable to watch. He is like a bad version of real life clown “Sugar Weasel”. Most of the characters are over the top, with the cult family being so deranged it feels very forced, making them extremely unlikable. Luckily, there are more natural parts of the film such as dialogue between with Pervo and his staff. Boris and Pervo’s friendship is strangely sweet (especially in later scenes), this gives a balance to the more vulgar film moment.  The story line itself is simple, well executed and uses sub plots to give further dimensions to the narrative.

There is an immense amount of nudity which feels unnecessary yet has an overall cheeky and light attitude. Equal to the amount of violence, with fun effects but a little too much use of CGI blood. Its very reminiscent of old B horror films and with lots of potential, but this film is just too over the top to be considered anything better than okay. With a lack of any artistic direction, mediocre acting, with more tits than I’ve seen in porn and awful flat adolescent jokes, this film is almost so bad its good. A cult classic? Definitly not but a comedy horror you may be surprise you like. 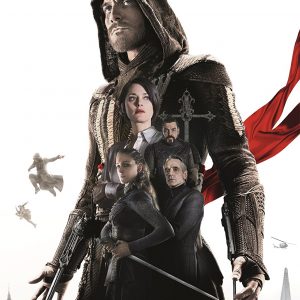