Based on the Assassin’s Creed game franchise, we follow Callum Lynch (Michael Fassbender) after being taken by Abstergo, a company aiming to find the ‘Apple of Eden’. Using a device called the Animus, Cal is able to unlock the genetic memories of his ancestor; Aguilar de Nerha, to help locate the artefact during the Spanish Inquisition. With the project lead by Alan Rikkin (Jeremy Irons) and Sofia Rikkin (Marion Cotillard), Cal soon learns of the secret society known as The Assassins who protect the Apple from the Templar Orde.

The back story and the present day narrative flows well, with intelligent ideas and concepts. However, the time inside the animus feel incoherent and short, causing a loss of depth to the assassins themselves. The vast addition of new characters also means there is much less focus on character development. That said, the film is well acted and directed with a fantastic performance from Fassbender from Spanish language scenes to his stunt work. There is no denying how visually engaging the film is. It is beautifully shot, with fantastic costume and prop work, and is easy to be lost within the action scenes and powerful soundtrack. With focus, this film could have been very powerful, instead, it feels a little hollow around the stunning visual effects.

Video games are notorious for being hard develop onto the screen but rather than sell the rights; game developer Ubisoft formed Ubisoft Motion Pictures for the films production! However, there is a sense throughout the entire film that something is missing and a lack of overall tension. Fans will enjoy Easter eggs and nods to the game, but overall it is enjoyable as a film and not an adaption. 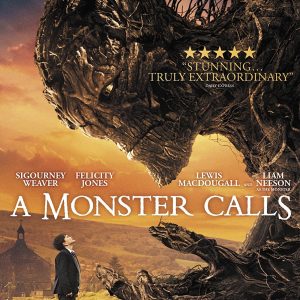 A Monster Calls (Entertainment One) Based on the novel by Patrick Ness (who also wrote the film), A Monster Calls...
Copyright 2017 Devolution Magazine. All Right Reserved.
Back to top