Music connects people in a common understanding. It also connects with people who share in a belief, idea or goal. It is a tool that can be used to do immensely important work as a force for good, which is exactly how Fallen Mafia use it. The Newcastle five piece have reached out with their own personal stories surrounding mental health, and they’re being heard by the very people who need a musical hand to grasp. The band chatted to Gary Trueman about their life affirming lyrics, their latest single and who does what off stage to make the band run smoothly. 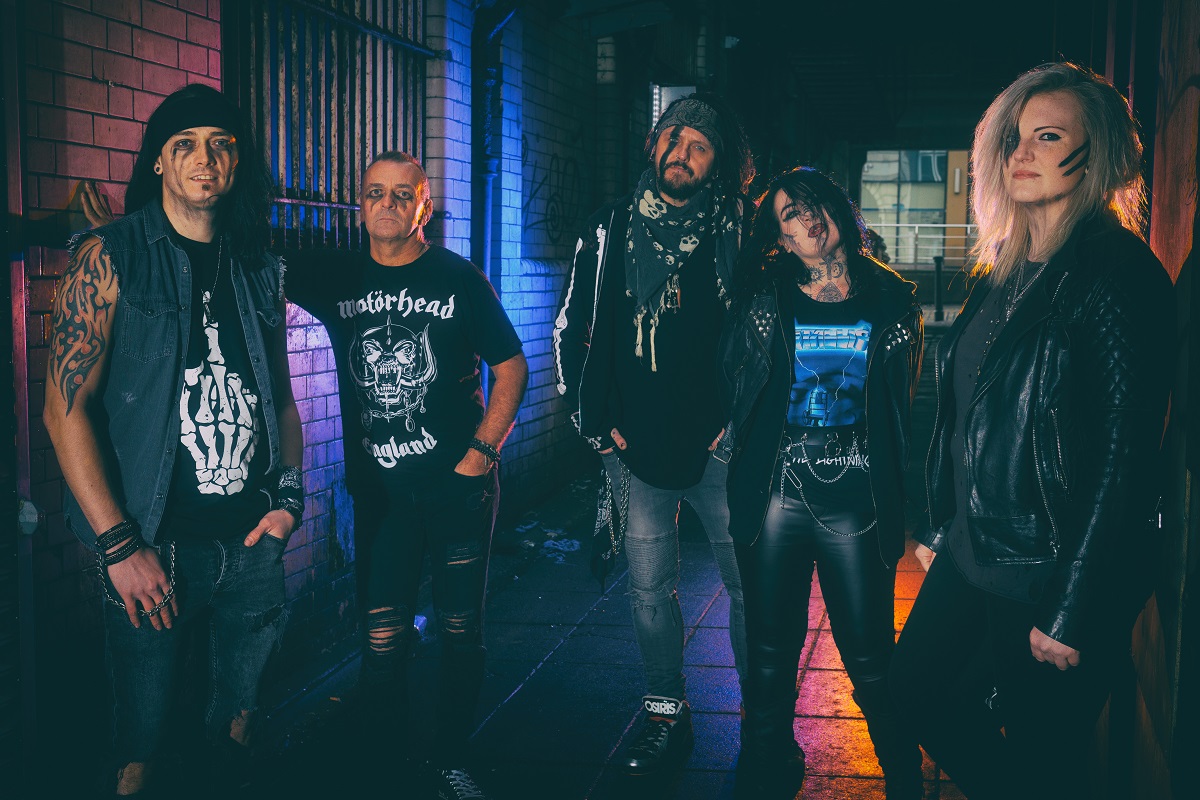 We need to talk about the story behind the band really as it will be something so many people will be able to relate to. Everyone has a story don’t they? So many people feel alone. That’s part of how Fallen Mafia connected isn’t it?

“Fallen Mafia initially started out as some like-minded people getting together to write some original songs together, but now it’s about something more than just music, it’s about putting something positive out into the world. We all have our different stories. Some that we want to share and others that we don’t, but they all make up who we are as people. These stories help shape who we are, both the good and the bad. While we can’t change our story, we do get to decide how it defines us (even if we can’t immediately see it). Our stories are what helps us create as musicians and for a long time we didn’t know it. We worked with a really cool guy, Adam, who helped us tell our story in a way that we could all understand it.  If even one person can identify with our songs, and it helps them get through the day then we would consider ourselves successful.”

Was it an eye opener discovering each other’s stories while writing songs? What did you learn from each other?

“Absolutely! Everyone can interpret the meaning of a song differently.  It can be a throw away ‘ohh that sounds cool’ to something so much deeper that reaches you when you need it. Just think of that song that you listen to when you’re happy or sad. Sometimes when you find out the true inspiration behind the lyrics of a song or the mood behind a riff it might not be what you expect. We didn’t set out to write like this, and the subject matter of a lot of Fallen Mafia songs are quite dark, but when we know what each of us is actually feeling and writing about in the rehearsal room we can be there for each other – as mates and not just band-mates. One of our recent creative bio sessions almost felt like group therapy! We all saw a side to each other we hadn’t appreciated before (in a positive way).”

You have various themes within your music, mental health generally, suicide intervention more specifically. Have you found fans talking to you about your lyrics, have fans really opened up to you in conversation?

“Talking about mental health always helps. If our songs help break down the barriers to talking about mental health, then that’s great. Sometimes even knowing that you aren’t alone can help when you are in that dark place. Knowing that someone else has been through the same thing or can relate to how you are feeling can bring someone hope. The subject matter of our songs has led to some open and very frank conversations both within the FM camp and with fans about their experiences. And while we can’t pretend to be experts on offering advice, we can be an ear to those who need us.”

Your overall message is that it’s OK to feel broken, that you’re not alone in feeling this. Do you think that everyone feels like this at some point in their lives but many mask it for fear of being seen as something less?

“Definitely. Mental health can be extremely fluid. Someone who is coping well one day might really be struggling the next. There’s still a lot of stigma about mental health issues, not coping and not subscribing to the “hustle” lifestyle. It can be a very difficult thing to acknowledge that you are not feeling yourself and that you need some extra time to process things or that you are having a bad day or week or whatever. With our music hopefully we can get across that it is OK to be you. It is ok to feel broken, it’s ok to just get by, you don’t need someone’s approval to validate that you feel a certain way, we are all in this Splintered Society together.”

You also sing about the calm and the chaos. No ride through life is the same all the time.  Is that the message here?

“Yes, our experiences don’t define who we are, they shape the people that we have and will become. Music to us, is like therapy. If we feel in a particular way about something we will write a song about it. It can be the good or the bad. While a lot of the subjects of our songs are quite dark, there is a lot of positive in there too. It’s also about surviving these situations and making it through to see what life has in store for us next.”

So many artists sing about fun stuff, the good things in life. You’ve chosen to write about the times when life is far from a bed of roses. Do you think bombarding people with good time vibes can make those feeling lost even worse? And conversely songs about the very worst of times can offer solidarity?

“Definitely. While we do love feel-good, crowd-pleasers, we write about our real and personal experiences which are often not quite so “good time vibes”. Especially, in this era of social media, everything is sensationalised. We only ever see the best side of people, their best experiences and their successes. This can be hugely overwhelming to anyone who is struggling. We didn’t choose to write about a particular theme parse, the natural cycle of our writing process created music that happened to have a very dark subject matter because that is what we resonated with at the time. Hopefully the subject matter of our songs will resonate with anyone who is feeling the same way.” 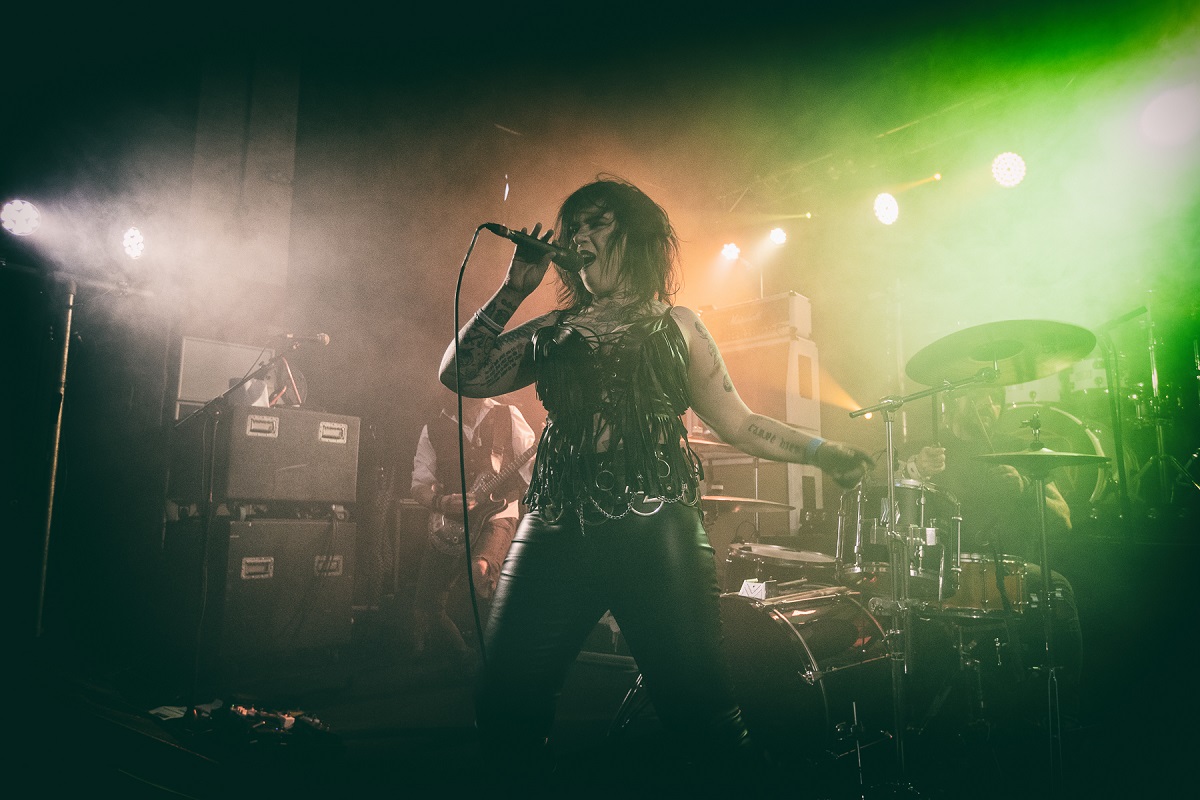 You’ve just released new single ‘Splinters’. What else have you got lined up music wise?

“We released ‘Splinters’ at the start of May. ‘Splinters’ tells the story of time and how sometimes the simplest of things can trigger the strongest memory. A memory which often starts off as a lone flickering flame in the distance, surrounded by the dark. A flame which burns brighter and stronger the closer we get to it. It becomes a story of our family and friends. People who we spent time with, people who we laughed and cried with and people who shared in our success and in our failures. People who for one reason or another have slowly drifted away in different directions with the passing of time, taking their own memories with them. ‘Splinters’ tells a story. It is our story, the story of The Splintered Society. We are also working on some new songs, along with a re-arranged version of how the story ends which we hope to release in the next few months with all the proceeds going to support a PTSD charity.  Other than that, let’s just say we are working really hard in the practice room to get some brand-new material to you all!”

And how are you fixed for touring? Any cool gigs or festivals already on the Fallen Mafia calendar?

“We have a headline hometown show in Trillians, Newcastle on Friday 23rd September. We’re hitting Corporation in Sheffield on Friday 5th November! Other than that, we’ll have to keep it under wraps! – Make sure you check us out on social media to keep up to date with our tour announcements.”

Looking a little more at the everyday band that people may not see, do each of the band members have other duties they perform? Do you have a designated driver for instance? Or a social media guru in your ranks?  Who does what off stage?

“Ohh yeah, we are like a well-oiled machine at times, we have Adas who does all the design work, Chris and Ruth look after the socials, Duncan gets himself out and about showing off his Mafia top to celebrities and Hannah… Hannah provides the entertainment for us all!”

Rather than ask about any wild tour stories have you had something happen to you that’s been more uplifting than anything else? Acts often gloss over those precious feel good moments so what’s been your most memorable one as a band?

“We did a gig last year in Sheffield that was on a different level. We often talk about the story behind some of our songs live and you can hear when a particular story or song resonates with the audience. This gig was so emotional that you could see people in the audience crying, they had connected with the story so much. It is so humbling that we can share that with people.”

You each get to pick an artist we’ve lost to come back and join you for a heart to heart chat and then join you on stage. Who would you choose and why them?

“Kurt Cobain. He’s an absolute grunge legend, his vocals would sound great on our track ‘Breathe’.” 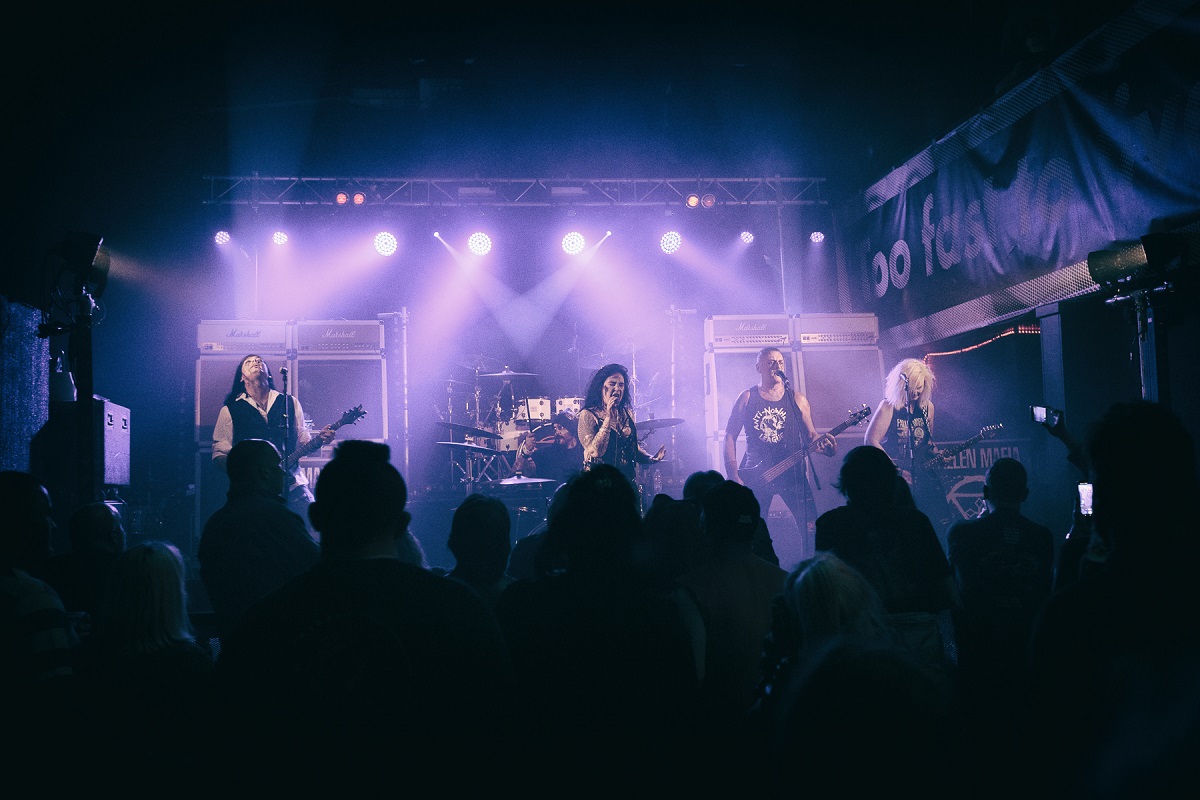 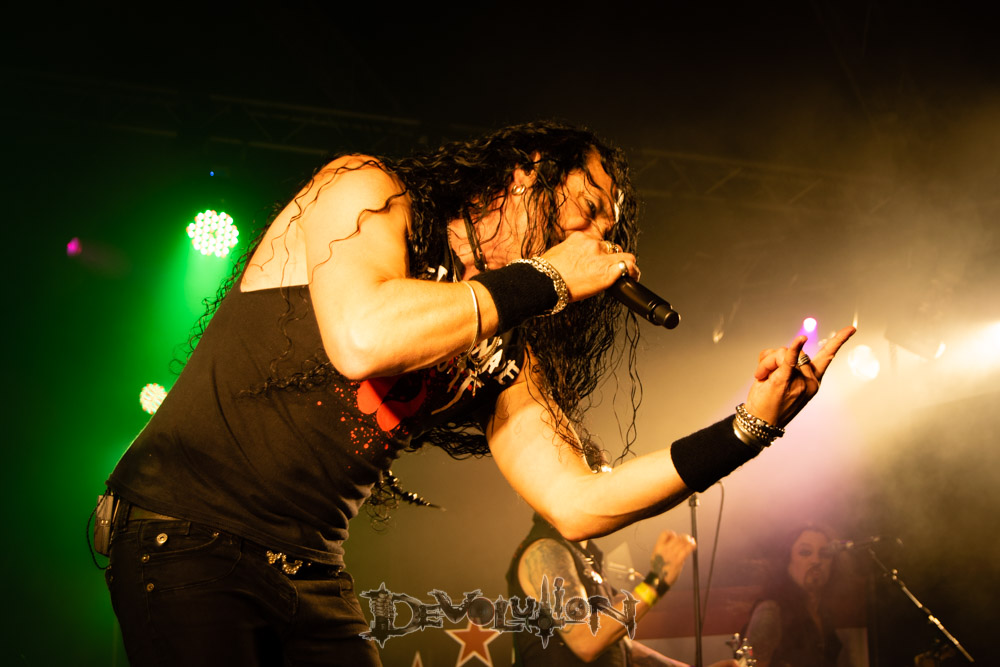 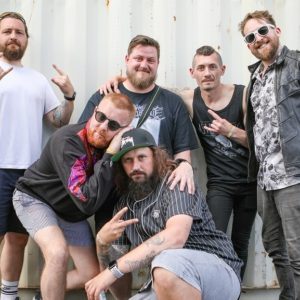 Seething Akira made their Download debut playing The Boardie Takeover at The Doghouse stage on Wednesday 9th June.  The event...
Copyright 2017 Devolution Magazine. All Right Reserved.
Back to top