Yes guitarist George Harris is the son of Iron Maiden’s Steve Harris. Now we’ve got that out of the way let’s move on with all things The Raven Age. This is a fine young band forging their very own path and they’re doing a damn fine job of it too. The London based quintet have worked their magic on bringing a fresh perspective to that line that sits between metal and rock. They played a blinder at Download filling one of the ‘difficult’ early slots with real maturity. Harris along with singer Matt James discussed how the UK is a trend setter, playing ‘the big one’, and their up coming new album with Devo’s Gary Trueman. 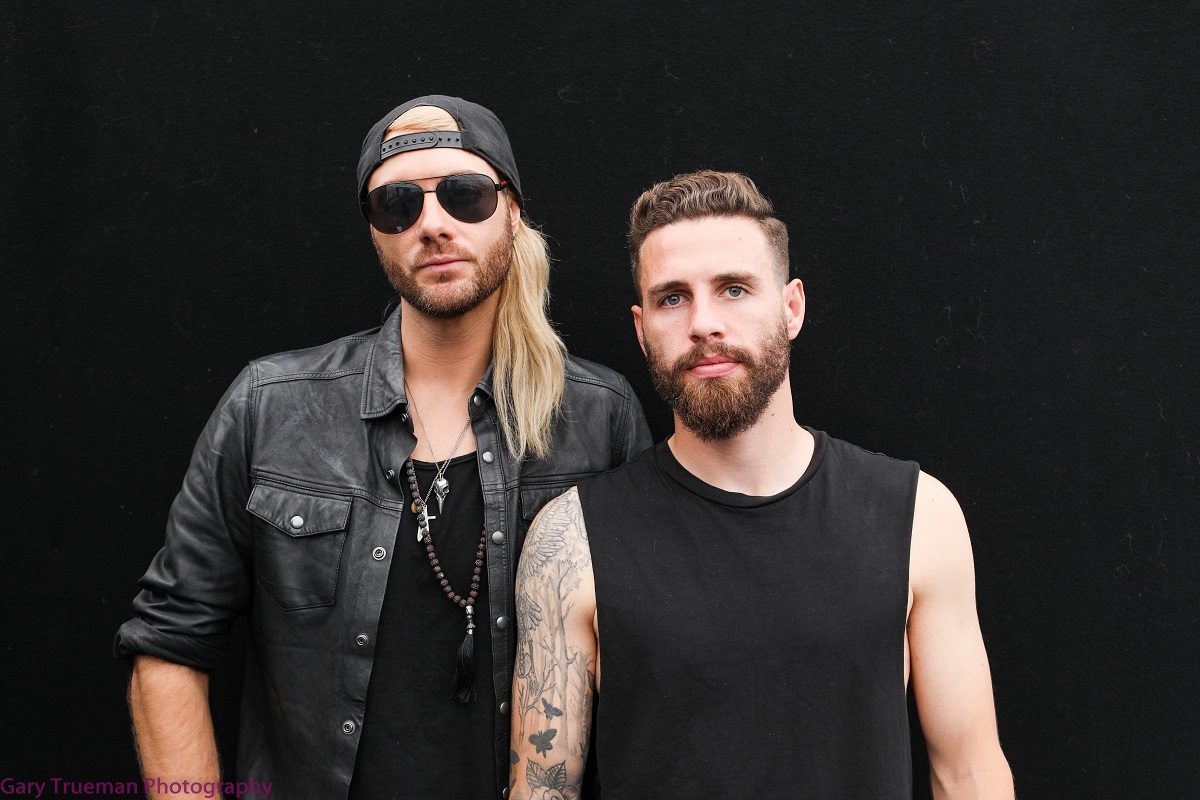 You’re opened on main so it was an early slot but on a big stage. What was it like out there?

“It was incredible. You grow up coming to this festival. George went to the very first one when it came back as Download. It’s one of those dream moment where you think, bloody hell, we’re playing the holy grail for rock! It means a lot to be here and to have such an amazing following.”

The thing with Download as well is that it’s one of those rare festivals that’s kept pace with the way music is moving. You can see that with the emerging artists they’ve got playing on the undercard. Music is moving at a fast pace at the moment isn’t it?

“It is. The thing about the UK as a whole is that it mirrors the music scene. The UK has always been a trend setter with music and fashion and art. So you have to mimic that within this rock and metal festival and they do a really good job. It must be on their minds that Metallica, Maiden and Megadeth aren’t going to be around forever. We need to start pushing through the new generation and Download are really good at that.”

We’ve seem Avenged Sevenfold headline and Bring Me The Horizon have been muted too. Will we see you guys there one day?

“We hope so. We’ve done main stage now so there’s only one way up.”

Your last record Exile did really well at what was a difficult time globally. Music really is important in bringing people back to some level of normality isn’t it?

“It really is. Exile was a project we’d been wanting to do for a long time in getting more orchestral arrangements into our older songs and re-imagining them. We really wanted to release something for our fans. Over the pandemic it’s what people needed, something to get their heads into and take their minds off the bullshit that was going on. We didn’t really want to release a full blown album because we couldn’t tour it so we did Exile as a bit of an interim thing and it went down a hell of a lot better than we expected. It turned from this little idea into something quite epic. It exceeded expectations.”

When you write are you one of these bands that does it all in one short block at an allocated time or are you constantly bouncing ideas off each other?

“The latter basically. We’re all musicians and nerds to a point. We’ll sit around riffing at home. Jay especially, even between vocal takes he’ll pick up a guitar and start riffing. He’s a serial noodler. One in ten we do might be cool. We do it because we enjoy it rather than just thinking oh we had better write a song. You can keep your hands busy even when you’re watching the TV by subconsciously playing away on a guitar. Then if when very occasionally you come up with something good, with this age of technology, you can record it on your phone. So many ideas must have floated away back before people could do this.” 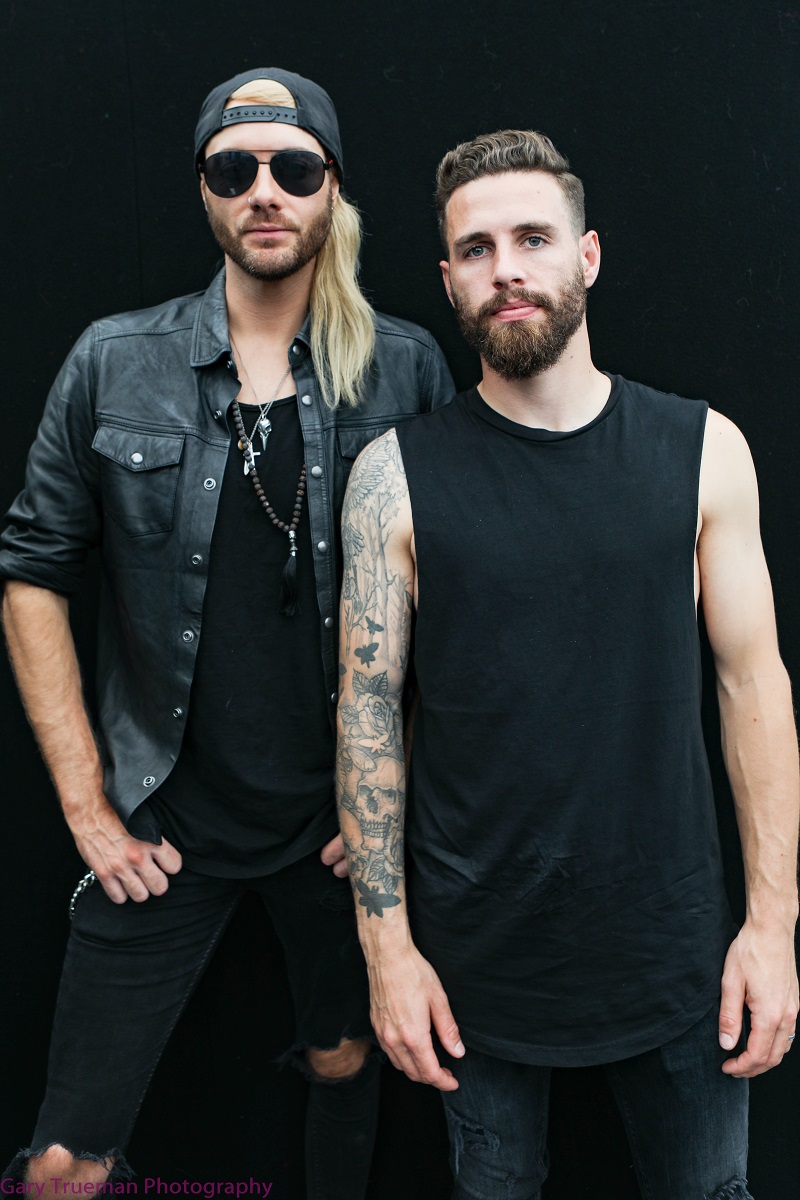 Talking about technology. With the way fans can access music now you can’t afford to put out an album or EP with any filler on it can you? Has that sharpened up output and helped to progress music?

“We’ve got a slightly old school attitude when it comes to putting out an album. We put a lot of thought into the order of the songs. We grew up in a time when you saved up your pocket money, bought an album and then went home to sit and listen to it from start to finish. That’s a weird thing these days because you can put on songs at random and do six other things as well. We still believe in listening to an album in its entirety. It’s a journey at the end of the day and the songs that are on there have been carefully picked to take you on that. That’s something we’ve always done and will do for the next album.”

With lyrics usually the vocalist writes them because they’ll be singing them. Is that the case with The Raven Age?

“George is a good lyricist so he writes a lot too.”

What have you got planned for the near future?

“With Exile being a bit of a stop gap we’ve pretty much got a brand new album ready to go. We couldn’t tour it back then. It didn’t make financial sense. So we’re just gearing up now with sorting out the production to get on the road.”

You have to get that sequencing right don’t you, to make the most of each tour cycle?

“Absolutley. That’s why we had to wait. That’s why Exile was done, to tie people over. The new full LP is ready to go pretty much. We don’t have a title as yet, well we do and we don’t.”

What sort of direction have you taken things in?

“It’s a bit more collaborative. We didn’t really sit down and say let’s go in this direction or that. We’d like to think that our writing has progressed naturally. We’d like to think it’s matured a little bit. We care about the melody, that’s the most important thing. With album one there are a lot of blast beats and really heavy riffs. We’re still heavy but the melody is the most important thing of all. If you listen to modern Metallica or Maiden, they are heavy bands at times but they always have melody as the number one thing.”

While you’re at Download which other bands do you want to check out?

You have to say that really don’t you?

“Genuinely though.  We’re looking forward to seeing their new set to be fair. We toured with Shinedown back in 2019 so it’d be good to see them again too. Deftones too, and Funeral For A Friend.”

“Hay fever tablets if you suffer at all. And wet wipes, they’re a must.”

Review: The Soap Girls - In My Skin 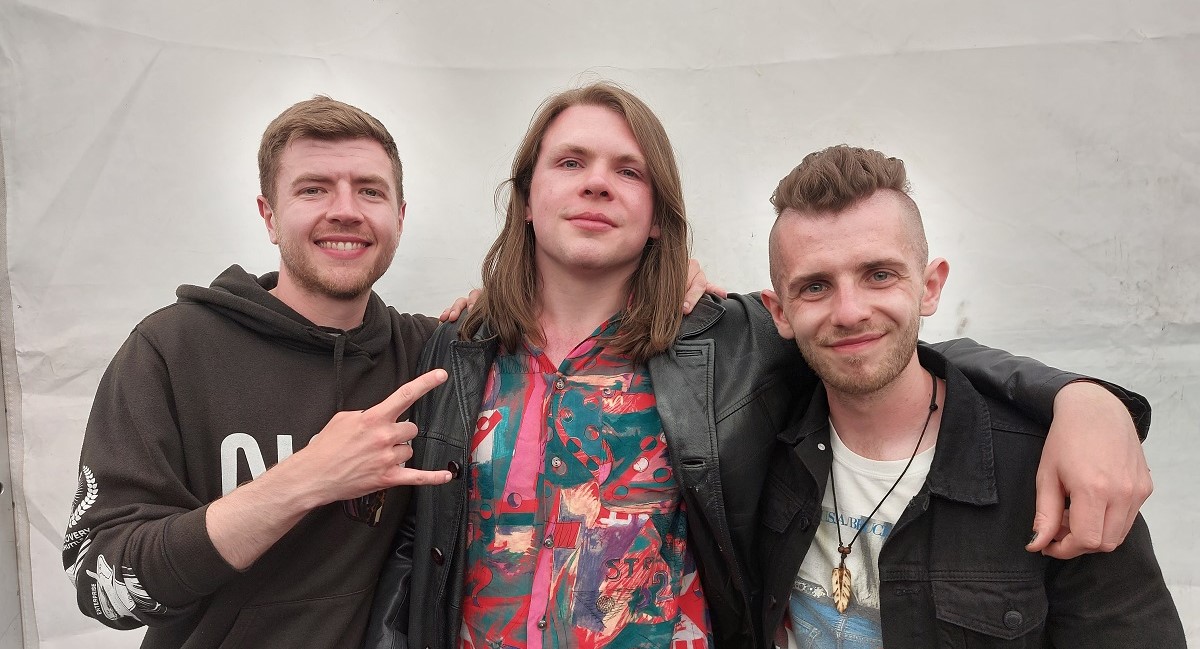 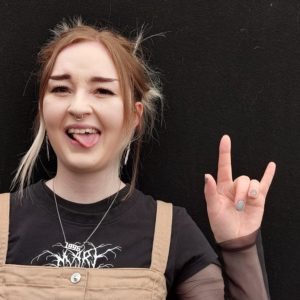 As Everything Unfolds are part of the new breed of young bands that have been gaining huge momentum since live music has been...
Copyright 2017 Devolution Magazine. All Right Reserved.
Back to top